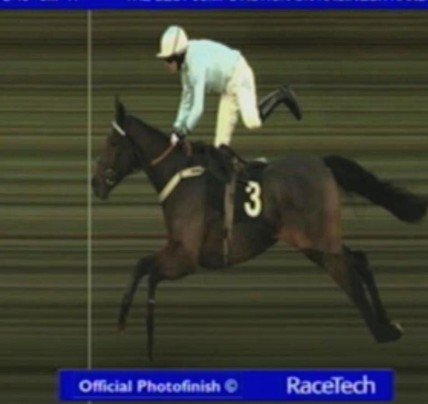 PICKING UP AT PACE

THIS WEEK Things have really started to pick up a pace in the past week with plenty more runners to report.  Stable Star; Saint Calvados finished a valiant 3rd in the Grade 1 Tingle Creek on Saturday and from there on momentum has been building.  We have 2 more exciting winners to report from up and down the country.  The second of which, Court Liabilty who won in fine style and managed to part company with Jockey Harry Bannister as they passed the finishing post.  We've got a quieter weekend ahead of us but plenty more in store next week and into the busy festive period thereafter... 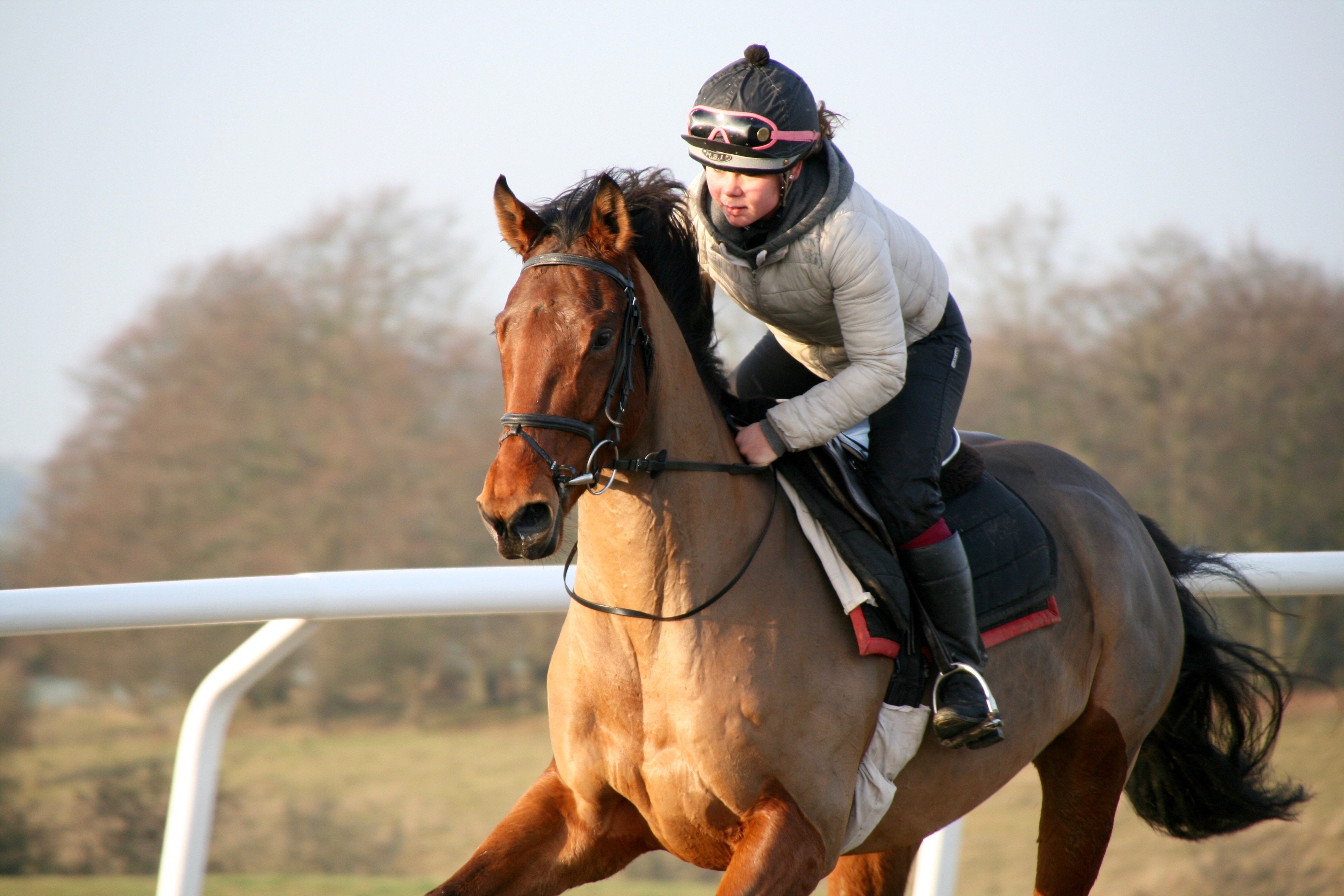 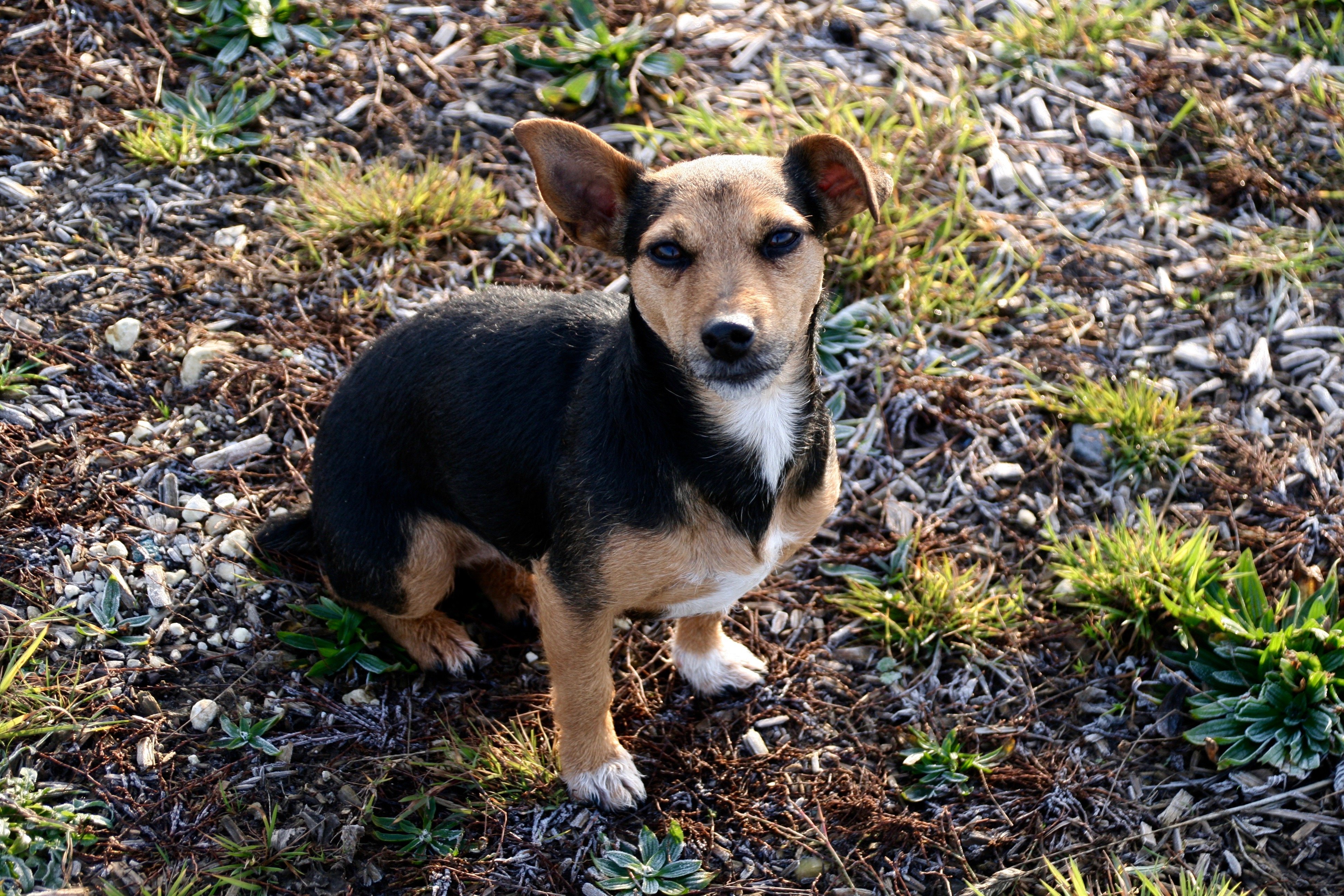 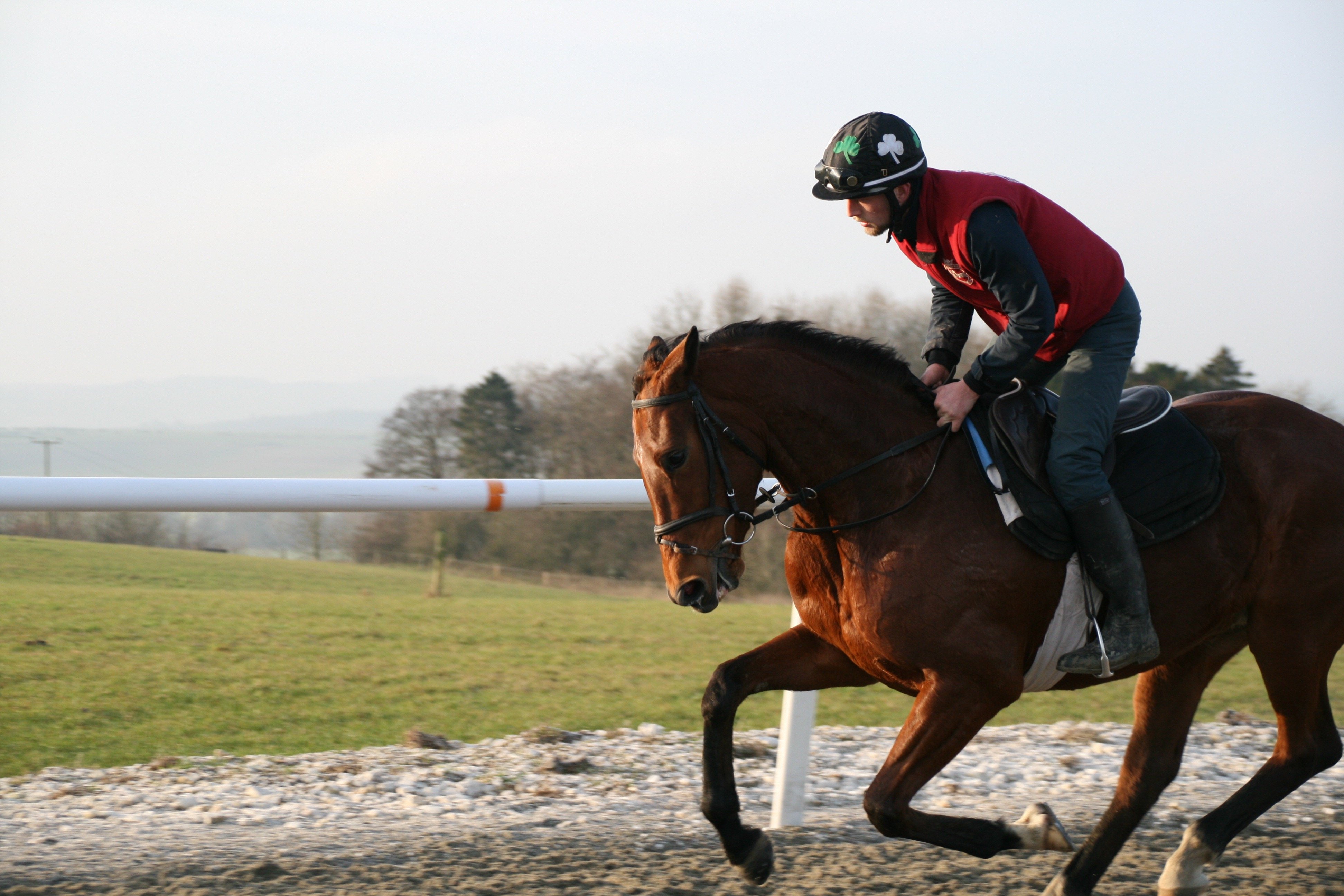 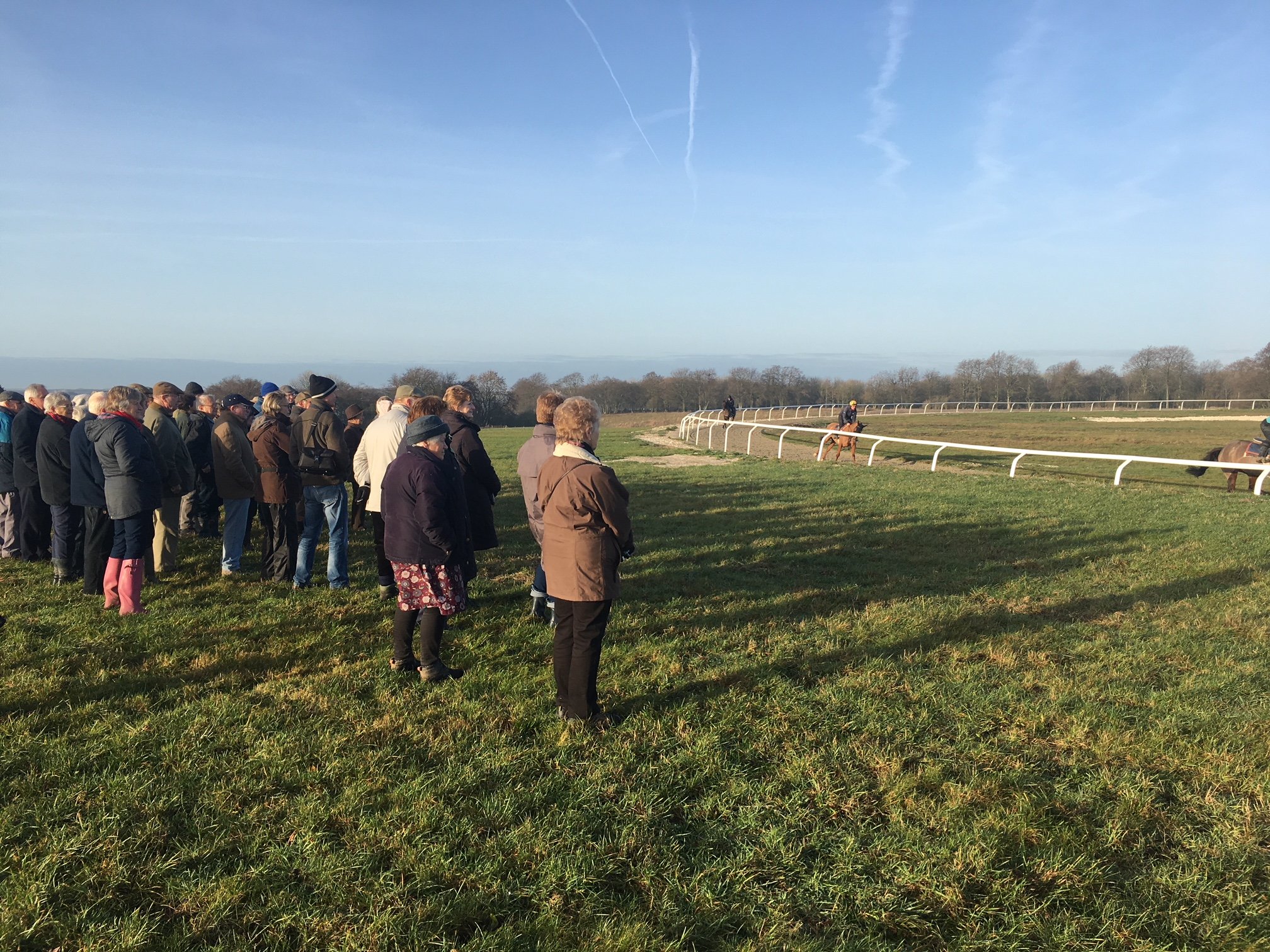 REPORTS JAMMY GEORGE Jammy George ran a solid race to finish fourth on his second hurdle run for the yard on Saturday at Sandown.  It was a competitive 2m novice hurdle and having made the running on his favoured soft ground, he set a nice even gallop.  As they quickened up turning into the straight, he got caught flat footed and was soon outpaced.  Having looked like he was going to drop back, he stayed on well to finish a good fourth, beating a decent yardstick in Baddesley Knight.  We feel he is a proper chaser in the making and whatever he does over hurdles is a bonus.  We will look to step him up in trip over 2m 4f next time round. 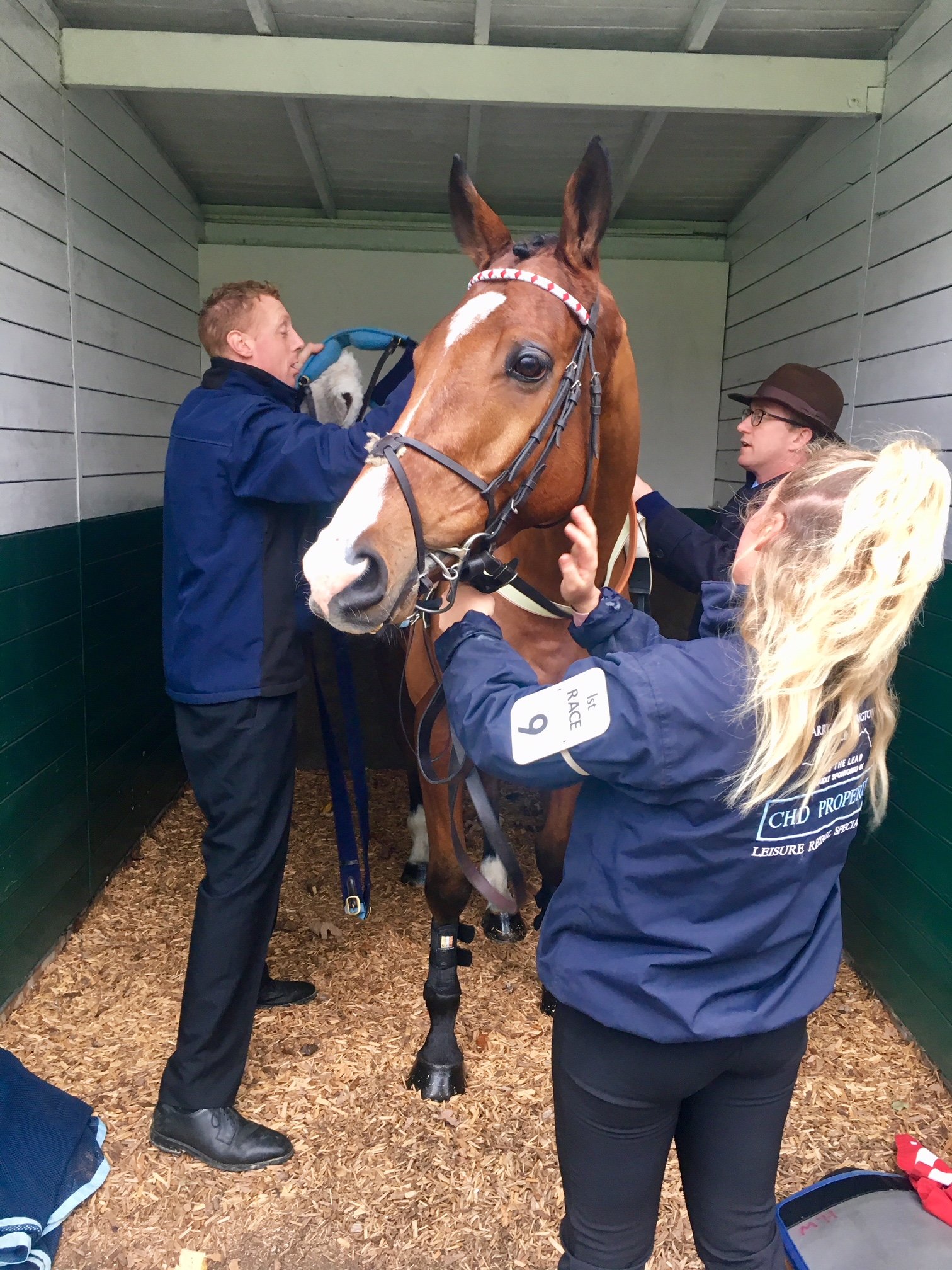 THE KINGS BABY The Kings Baby made the running in the mares handicap hurdle on the same card at Sandown on Saturday where she eventually pulled up.  She looked to be travelling and jumping well until she made a very bad mistake at the third last hurdle.  Thereafter she came under a lot of pressure so jockey Gavin Sheehen very wisely pulled her up.  When Gavin came in he reported that she was struggling as she approached the third last hurdle and felt like her wind was stopping her.  She has been in for a wind operation on Monday at Ben Brains and we will look to run her again in a months’ time, once she has recovered.  We are confident, as is Gavin, that she's a mare the racing club will have a lot of fun with this season. SAINT CALVADOS Saint Calvados competed in one of the strongest renewals of the Tingle Creek we have had in over a decade on Saturday at Sandown, where he finished an admirable third.   He was able to lead in his renowned way where he set a nice even gallop.  Having looked like he was in a good rhythm, travelling and jumping well, he soon started to hang to the left down the back straight.  This was largely due to the fact that he has never been right-handed before. This then meant he was unable to go with Un De Sceaux when Ruby decided to take it up.  He then dropped back to last around the bottom bend, still with the tendency to hang left.  When turning into the straight he showed great guts and determination to stay on up the hill passed Sceau Royal.  Eventually jumping his way back into third and finishing off the race very strongly. 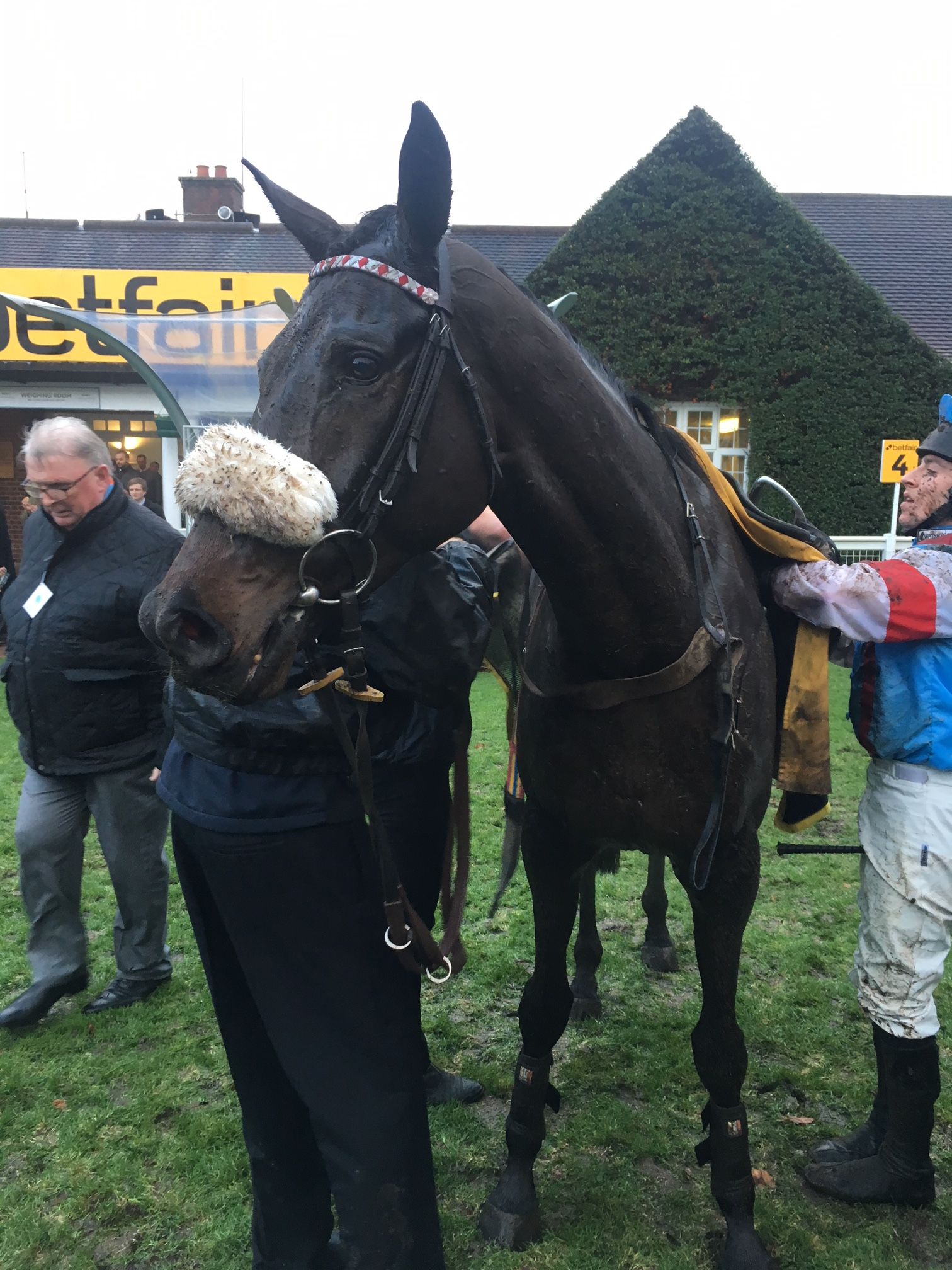 YOUNG BULL Young Bull ran a monster at Chepstow on Saturday to win the bumper.  Due to the lack of initial pace it meant that the race turned into a bit of a sprint when they swung into the home straight.  This left Young Bull completely outpaced, however when push came to shove in the final stages of the race the abundance of stamina kicked in.  He eventually got up to win by a length in the last half furlong.  He is a bright prospect with a future over staying distances.  He will have one more run in a bumper this season before being put away for hurdling next season. 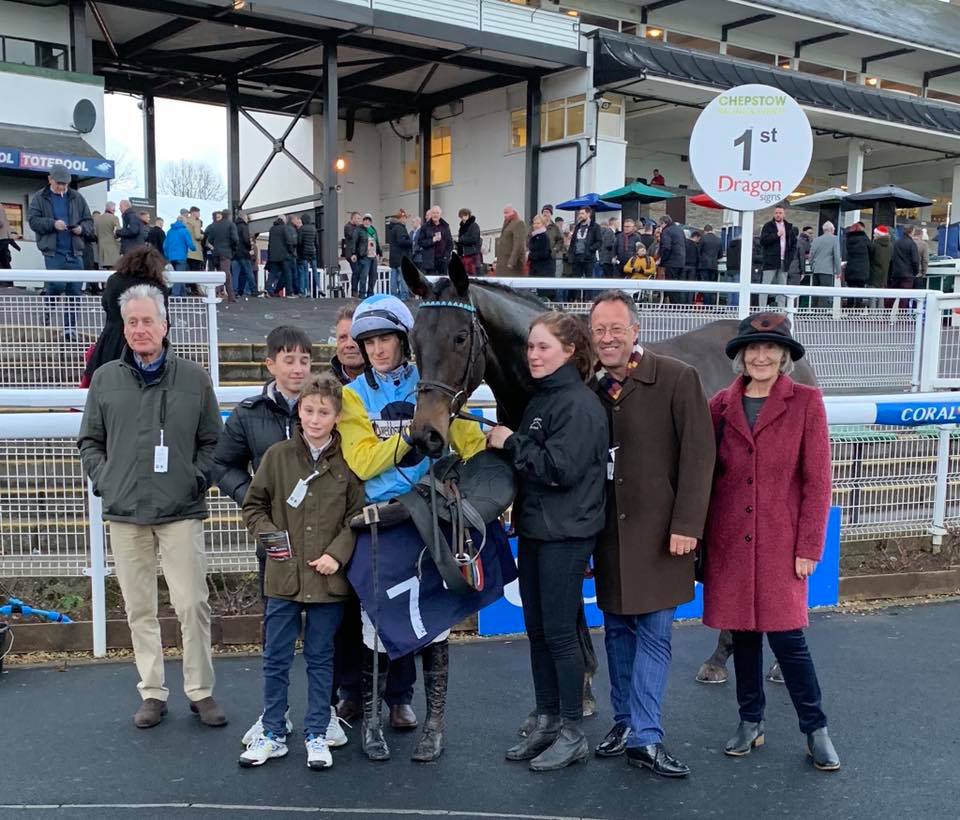 COURT LIABILTY Court Liability made the long trip up to Musselburgh on Monday a winning won, bringing in our second winner in just 3 days.  We were absolutely thrilled with the performance particularly having not run for a year due to minor niggles.   He showed an extremely professional attitude throughout the whole race, jumping with complete precision. Turning into the straight he took it up and never looked like being caught, winning by two and a half lengths. He managed to part company with Harry Bannister after the line by ducking out after seeing the cut grass on the line.  A comfortable victory from a likeable prospect whose now 4 from 4 for the yard. GENIUS Genius finished a very gallant third on his debut over hurdles at Taunton yesterday.  It was an extremely pleasing performance, despite him being green and jumping slightly left at his hurdles at times.  He will come on leaps and bounds for the experience.  We will keep him to sharper tracks for now and look forward to getting him out again soon. 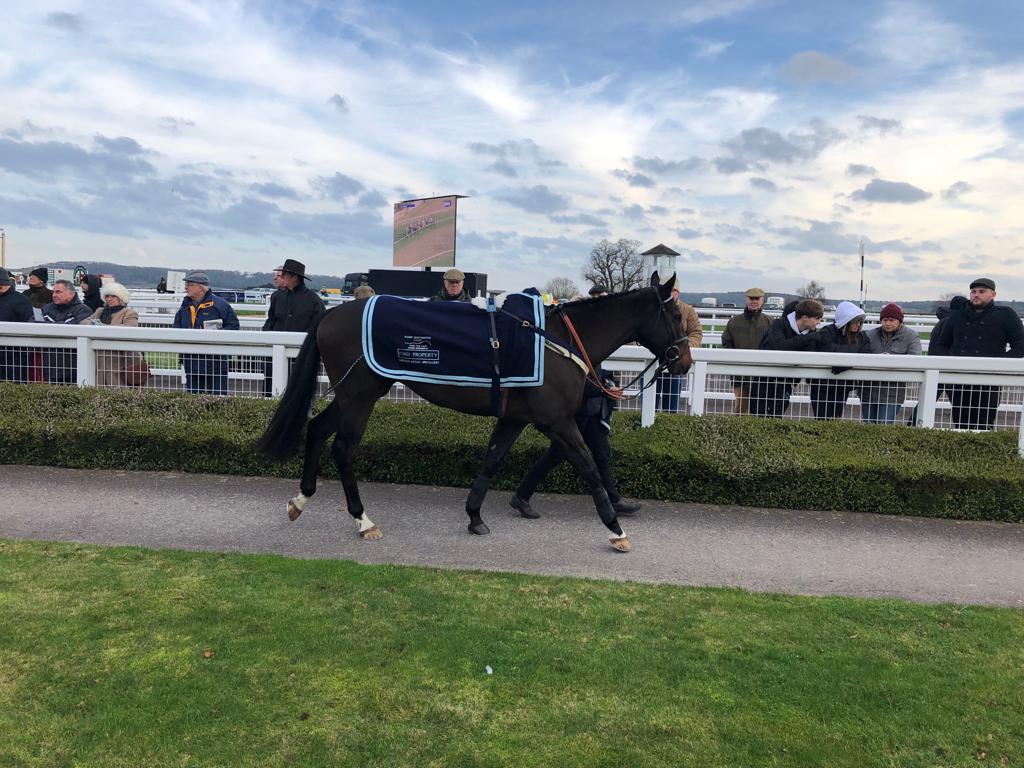 DARA'S PRESENT Dara’s Present finished twelfth in a maiden hurdle at Warwick yesterday.  It was a good effort from him, despite having had nearly two years off of the racecourse.  He was closing in on the winner up to four out until weakening three out, having been gassy early on in the race.  He will come on for the run in every way and all being well he comes out of the race ok we will look run him in a similar race very soon. ENTRIES KHAGE Khage has been declared to run in the 2m maiden hurdle at Southwell on Sunday.  He is a horse who has shown a tremendous amount of ability at home, however he needs to learn to settle on the track.  The combination of a hood fitted and the first run back from a wind operation should bring about some improvement.   He's in good order at home and we look forward to getting him out again. CAROLE'S VIGILANTE Carole’s Vigilante will line up at Ffos Las on Monday for his first start for the yard.  His schooling has been fantastic for a novice and we are looking forward to getting him going in chases.  Hopefully he has improved off a mark of 115 and will get into a good rhythm and enjoy the experience. STICK WITH BILL Stick with Bill is also set to head to Ffos Las on Monday where he is entered in the newcomers bumper.  He has done plenty of work over the past few months, including going for a racecourse gallop.  He is a lovely horse with a nice pedigree and will make up into a decent chaser one day.  We look forward to getting him out on the track and finding out a bit more about him. PERFECT MYTH Perfect Myth is in great form at home and her schooling over hurdles has been exceptional.  She’s in at Fakenham on Tuesday where we'll plan to start her career over hurdles.  She's a a very likeable mare with a good attitude, so hopefully she runs well. DJIN CONTI Djin Conti is most likely to go to Catterick next Wednesday where he'll step up to 3m. The good ground up there should be in his favour as well as hopefully the step up in trip. He's in good form at home and we are hoping for a good performance. 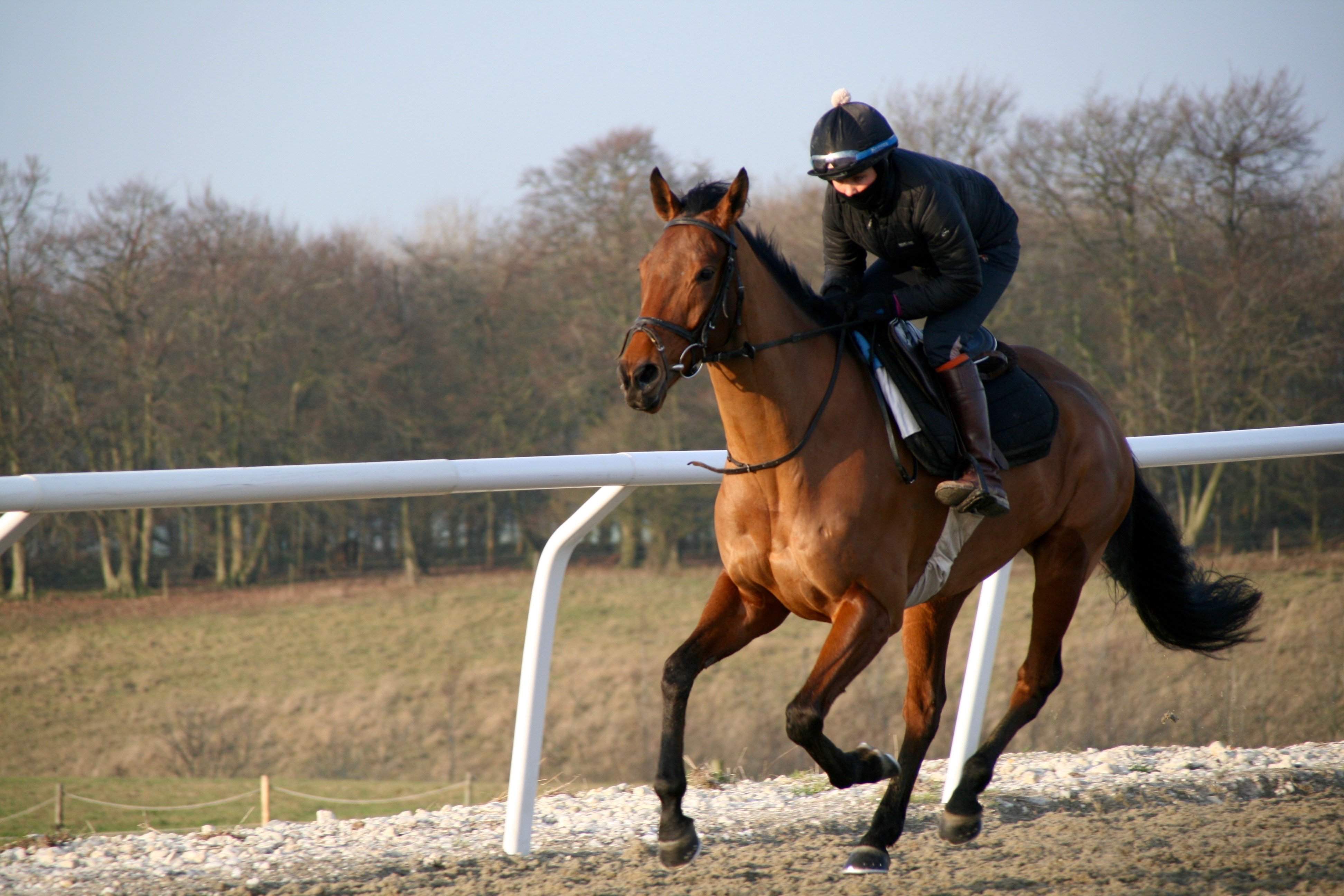 PARKIN Parkin will head to Ludlow on Wednesday in the bumper.  He’s well breed, being out of a full sister to Parsnip Pete.  He’s been with us since the spring and although he is just a small horse, he’s incredibly hardy and has a tough attitude.  His work has been good and he looks great so he's more than ready for his debut.  The track should suit due to him not being short of speed, and we look forward to getting him out and finding out a bit more about him. BIGMARTRE Bigmartre will go to Ludlow on Wednesday in the class 2 Handicap Chase.  He was a bit sore after Newbury for a few days but we have been focusing on getting him right.  He’s been fresh and well this week and schooled in cheeckpieces.  He didn’t have a hard race at Newbury so we are hoping he will bounce back.