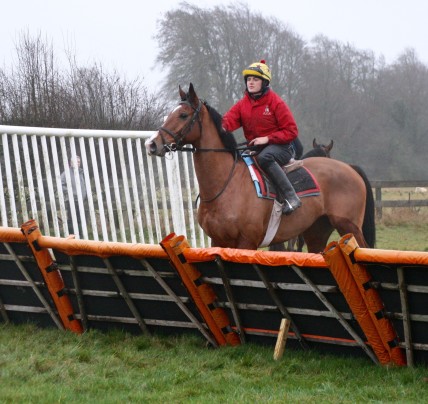 THIS WEEK The horses are continuing to run well as we head into the festive period.  We have another winner to report and plenty more placings too.  It's a busy week ahead of us and we can't wait to get going. We'd like to take this opportunity to wish you all a very Merry Christmas and a Happy New Year!

REPORTS KHAGE Khage finished second at Southwell on Sunday in a thrilling performance. It was a huge step forward having fell last time out on his hurdles debut.  A lot of work had gone in at home to get him to settle, along with plenty of schooling too.  He was a touch keen over the first couple of hurdles but Gavin soon managed to switch him off.  He then started to travel fluently throughout the race which meant he could give the favourite a good run for his money in the latter stages of the race.  The winner is held in high regard and Khage will come on for the run so we're really pleased with the result.  We are looking forward to running him again in a months’ time. 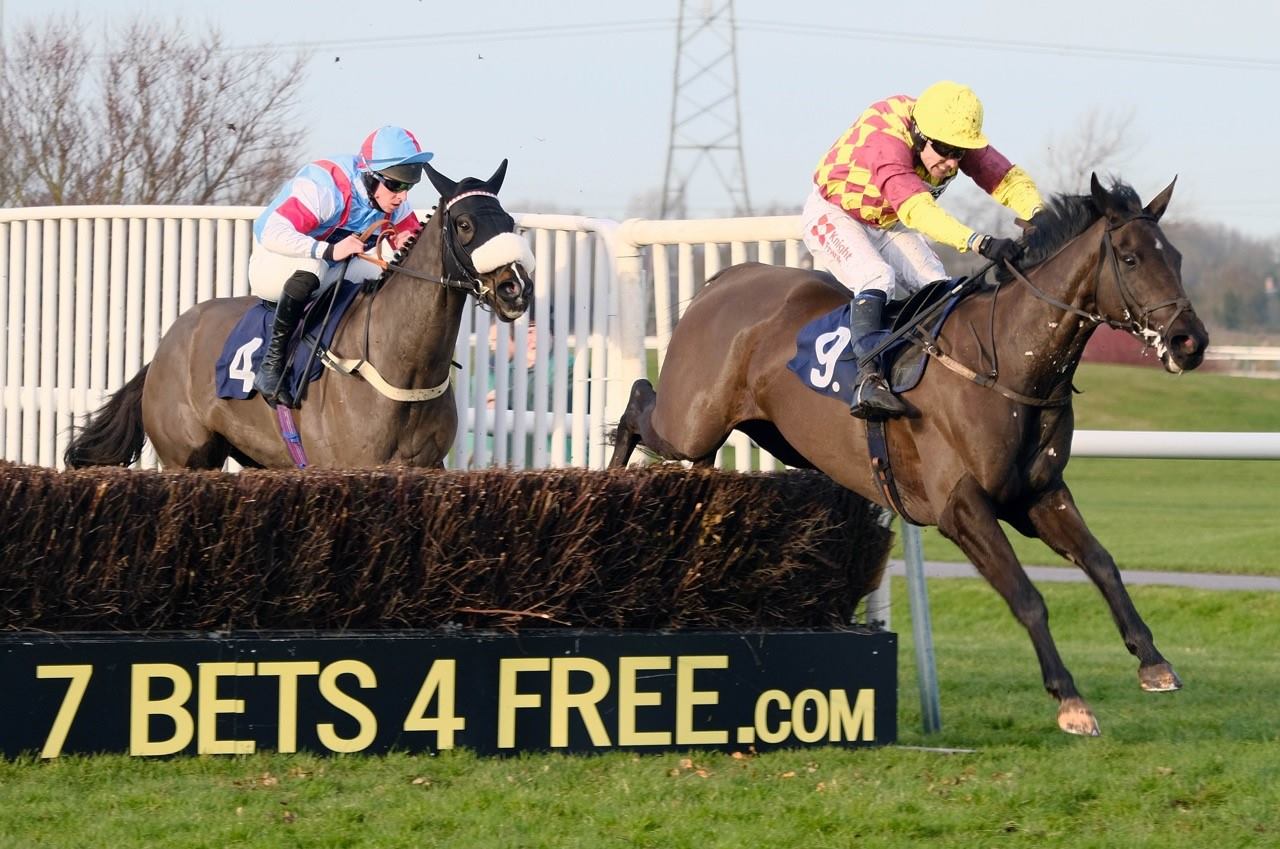 CAROLE'S VIGILANTE Carole’s Vigilante finished sixth at Ffos Las on Monday in a very pleasing debut for the yard.  He jumped from fence to fence incredibly well for a novice with very good precision.  Having been off the track for a long time and in the deep ground he wasn’t able to quicken so ultimately just ran at the same pace and finished in mid-div.  He will come on for the experience in leaps and bounds and we are looking forward to running him again in 3-4 weeks. STICK WITH BILL Stick With Bill made all to win the bumper on the same card at Ffos Las on Monday.   It was great to get him off the mark on the first time of asking and he's another exciting prospect to look forward to.  We planned to ride him in a positive way but through the lack of pace we ended up having to make the running.  He showed signs of greenness on the way round, but when he came in to the straight, he picked up very well indeed eventually showing his best work towards the end to hit the line in front by 2 lengths.  It was a very likeable performance and we look forward to getting him back out in another bumper in 5-6  weeks time. 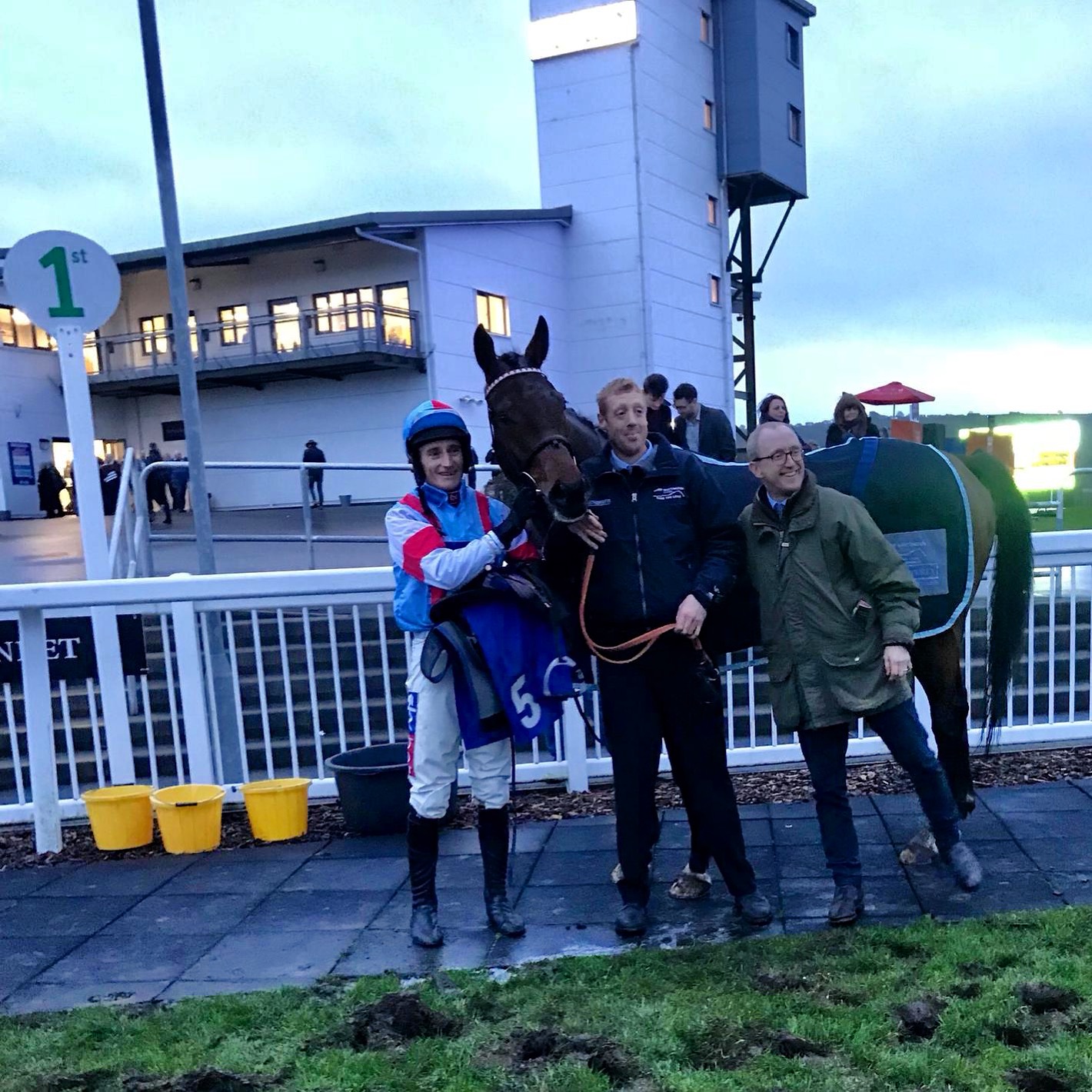 PERFECT MYTH Perfect Myth ran a cracking race to finish 3rd in the Mares' Maiden Hurdle at Fakenham on Tuesday.  She jumped from hurdle to hurdle with extreme accuracy, not surprisingly since her schooling had been exceptional at home. The plan was to be handy, but she jumped her way to the front which was no bad thing as it was great to see how much she enjoyed her first experience over hurdles.  She wasn’t able to quicken with the eventual winner but she battled on well to lose out on the photo for second place.  We're thrilled with the performance and feel she should be able to win a similar event on better ground down the line in the future.. DJIN CONTI Djin Conti took another step forward when stepping up in trip to finish second at Catterick on Tuesday.  There was a lot of early pace, which meant we had to be held up for the first time.  The first time cheekpieces helped him travel better and he also showed that he handled the softer ground too.  He crept in to the race coming to two out.  He unfortunately then missed this penultimate hurdle, which gave the winner a chance to get away.  He ran on well to be beaten a couple of lengths into second.  His next run will be in a similar type of an event over this trip in the not too distant future. BIGMARTRE Bigmartre got back on track to secure fourth place at Ludlow on Wednesday in the 2m Handicap Chase.  The first time cheekpieces meant that he travelled and jumped much better this time and going to two out he looked to have every chance.  Unfortunately he then missed this fence which sadly gave away his chance.  He gamely picked up again holding on to finish fourth.  Unfortunately he has come out of the race very sore.  Sadly this hasn’t quite been his season so far, but we feel sure he will bounce back when we get him right again. PARKIN Parkin made his debut in the bumper on the same card at Ludlow on Wednesday where he finished in sixth place.  He had been showing some nice glimpses of work at home on the gallops, so we were looking forward to running him.  He seemed to get a handy position early on in the race, but was unable to hold this purely due to being so green.  He was beaten turning in but stayed on well up the home straight at the same pace to finish mid-div.  We feel he will come on a huge amount for the experience and he will be a different horse next time when we run him in a bumper in the Spring. ENTRIES THE DUBAI WAY The Dubai Way has been declared to run at Newcastle tomorrow in another handicap chase.  His schooling at home has improved and he is in good form.  Hopefully he can take another step forward here on his third run over fences.  The track will suit him very well and fingers crossed the ground will not dry out too much, as he is better on a softer surface.  We are looking forward to running him again. 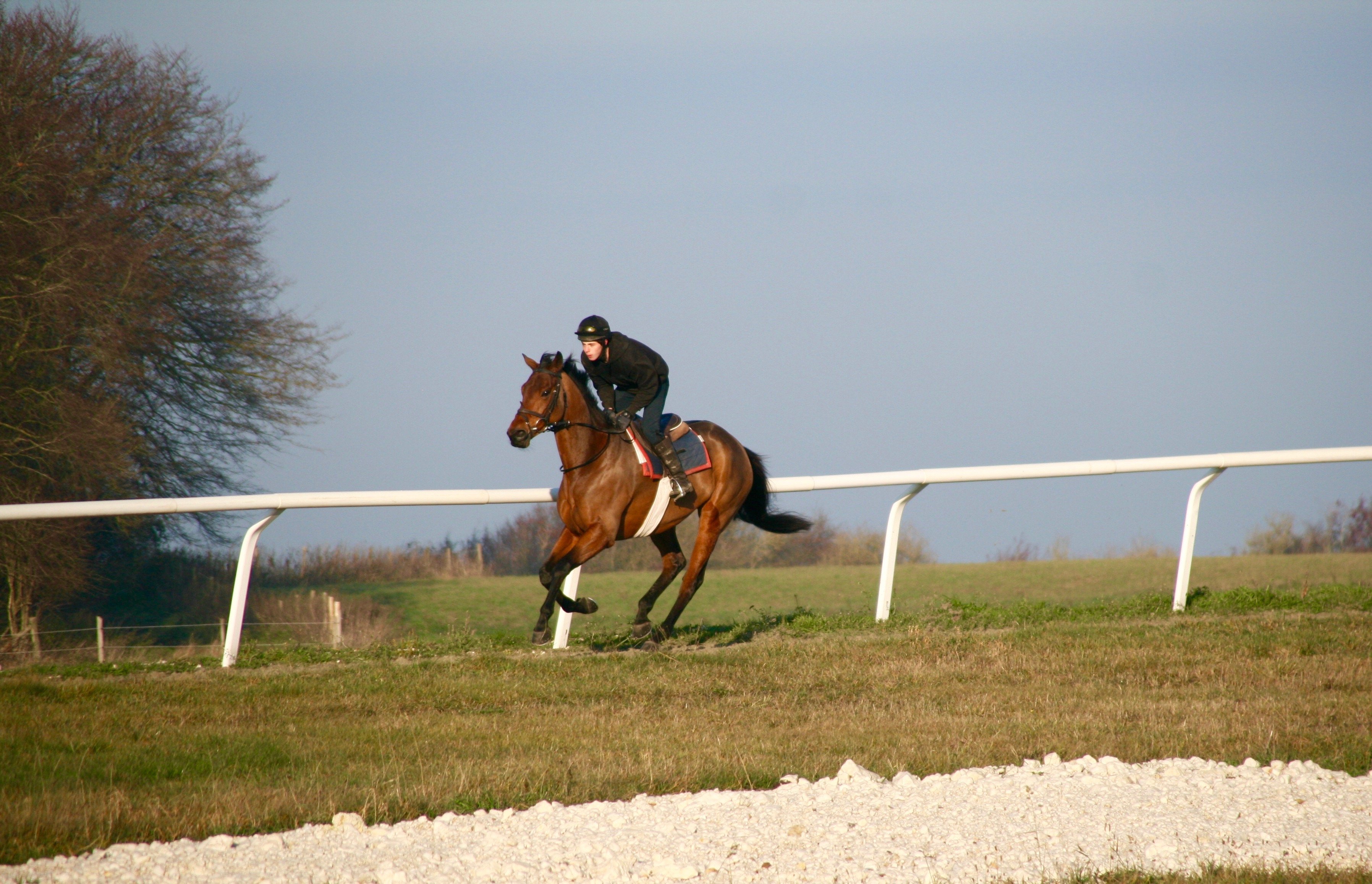 JOHNNY ROCCO Johnny Rocco holds several entries over the coming week.  We will try to find him the easiest opportunity off the back of his very encouraging debut run the other day.  He is really fresh and well and hopefully he will take another step forward in one of these races. THE GO TOU MAN The Go Tou Man holds an entry at Huntingdon on Boxing Day where he looks set to make his chase debut.  We feel he needs to take a step forward from his very disappointing run last time out.  He has been schooling well over the bigger obstacles, so hopefully he can show signs of improvement on this outing. ROUGE VIF Rouge Vif is entered in the class 2 novice hurdle at Kempton on Boxing Day.  This is a race which has a history of throwing up a good horse so it's exciting to be sending out another prospect in the line up.  He is in fantastic form at home and is becoming more professional by the day.  It was a very good performance last time at Southwell so hopefully he can take another step forward. SPEEDY CARGO Speedy Cargo holds a couple of entries next week.  He is in really good form at home and has ran some good races so far.  Hopefully he can take another step forward and get off the mark. JAMMY GEORGE Jammy George also holds several entries next week where we will look to find him the easiest opportunity. He has come out of the Sandown race very well, where he put in a really good run in a hot novice. Hopefully he can take a step forward in what will be his third maiden hurdle. VINNIE LEWIS   Vinnie Lewis holds an entry at Chepstow on Welsh Grand National Day next week.  We're hopeful he will get in off a light weight and be competitive off his mark of a 126.  He is fresh and well at home and running really well over hurdles at the moment.  The plan is to continue over hurdles and prolong his racing career by not rushing him back over fences too soon.