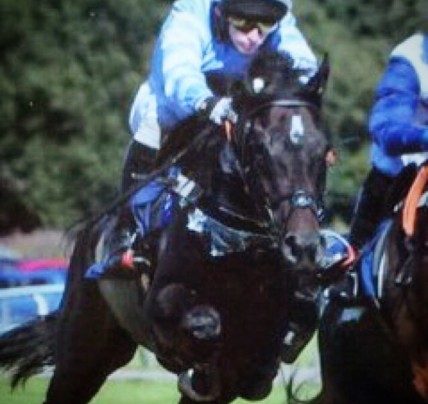 Another Monday, another winner!!!

Following Polstar’s win at Huntingdon last Monday, DRIFTER made the long trip up to Perth a successful one when scoring in the 2m 4f 0-110 handicap hurdle. The race worked out perfectly with just 5 rivals declared on his first try at 2m 4f, and the going report good to firm. He's run some solid races over 2 miles this season but a wind operation was key to him psychologically, and Dickie Johnson was adamant he needed the step up in trip. Drifter, Paul and new part owner Bex Howard made the 810 mile road trip to defeat William Wallace, win their freedom and come home with the trophy!! Paul gave him a great ride, setting a sensible gallop from the front and allowing Drifter to get his breathers in at every opportunity. His jumping was low, economical and he settled much better with the return to front running tactics. At the last he produced his best leap of the race and stayed on well to win by two lengths. The combination of the step up in trip, reverting to front running tactics, the wind operation and the excellently judged ride by Paul, all contributed to a first victory in the 'land of the Gaels'.. Hopefully he can follow up again if he takes confidence from the run, he has also been schooling over fences which gives him another option!