THIS WEEK Storm Dennis has blown through the valley and fortunately all on top of the hill has survived!  We've less than 3 weeks to go now until the pinnacle of the National Hunt season is upon us, The Cheltenham Festival, anticipation and excitement is mounting as we look forward to the biggest week of the year... 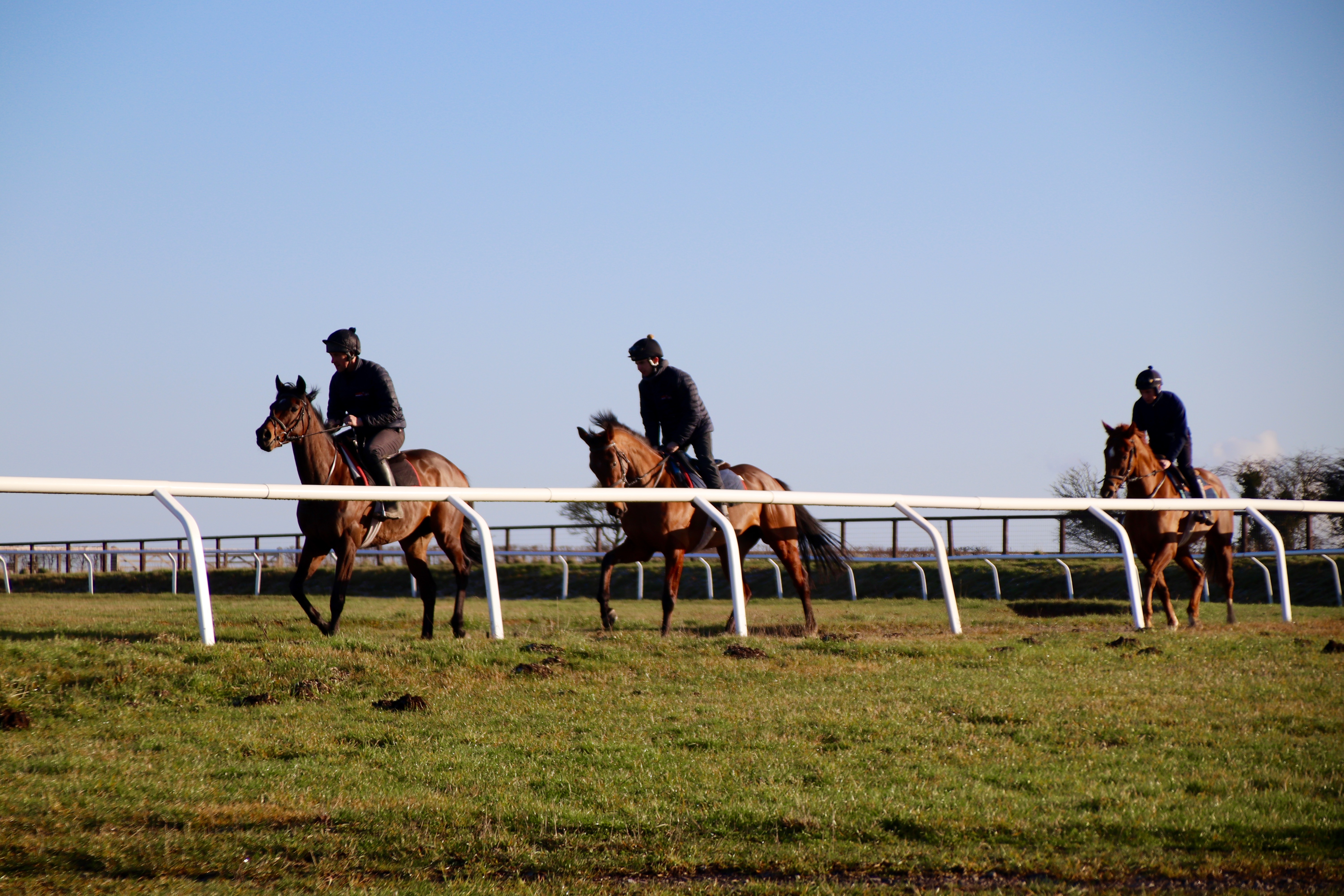 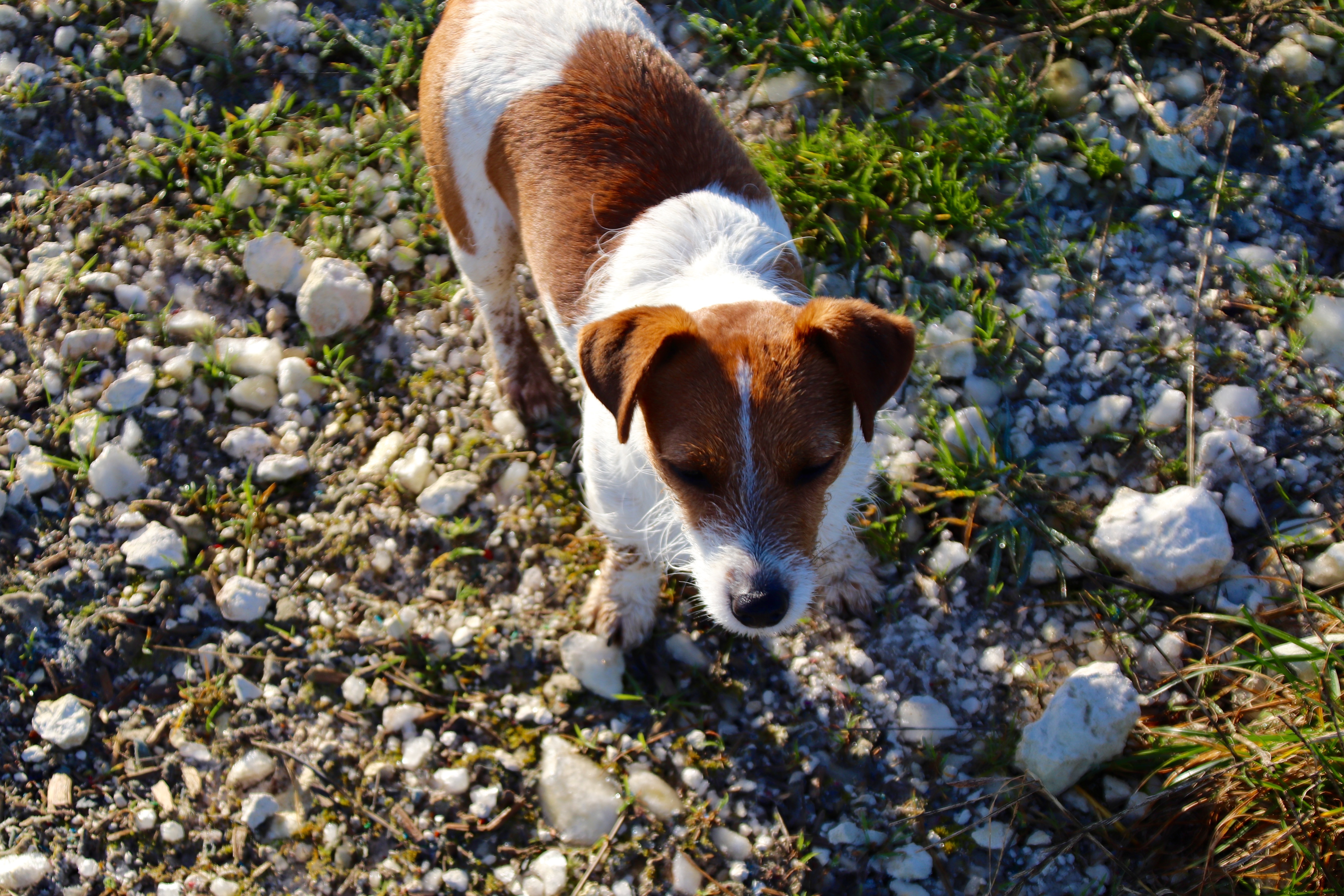 REPORTS SHAFFIRE Shaffire ran at Lingfield back over a mile on Friday, in a race that looked like a good opportunity for her on paper.  She had the booking of Silvestre de Sousa and with a good draw we were hopeful of a big run.  She settled nicely in mid division and as they turned for home she looked to have every chance.  She picked up well in the last furlong but didn’t quite get her head in front again.  This is obviously very frustrating as she has now finished second three times! We then decided to give her another go at Kempton on Monday night off a light weight in a slightly better race.  She was slowly away out of the stalls and subsequently had too much ground to make up.  She just ran a little bit flat on this occasion and we will look to run her again in a couple of weeks time.     ENTRIES VINNIE LEWIS Vinnie Lewis lines up in the Devon National today in conditions that should suit him very well.  He has been running well all season in races where he hasn’t quite had his favoured testing ground.  It looks to be a competitive affair, as it would being a national, but he is in great form and we are looking forward to running him. 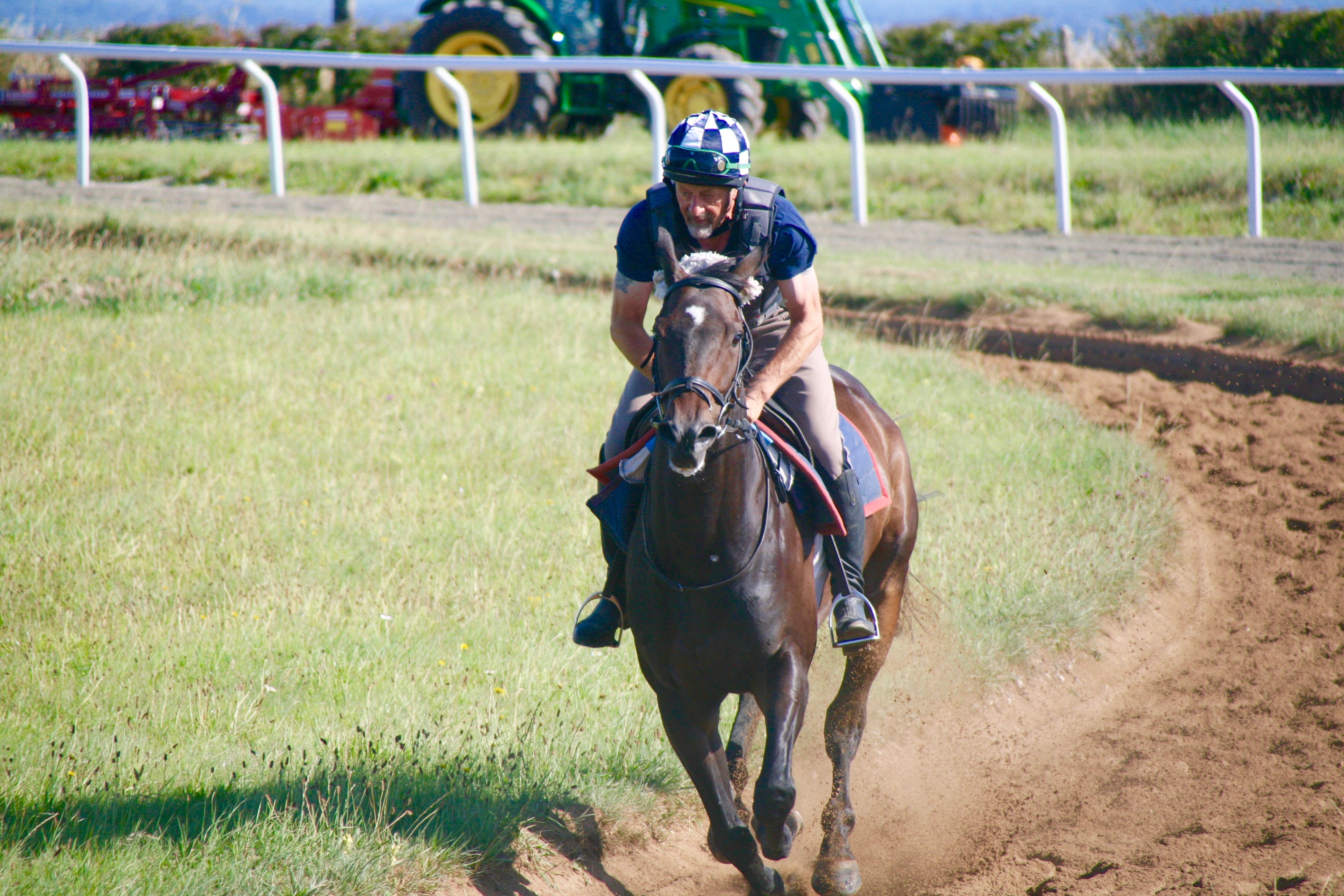 STICK WITH BILL Stick with Bill has come out of his recent handicap win at Sandown in good form and lines up in the EBF National Hunt Novice Hurdle under a double penalty at Warwick later today.  The plan is for him to qualify for the final back at Sandown on the 9th March where the race should suit him very well with his course and distance form.  He is also entered in to the Albert Bartlett at Cheltenham.  Hopefully he can run a big race today before making firm plans as to where to go next. BIGMARTRE Bigmartre will have his first start back after a wind operation at Warwick today.  He has slipped down to a workable mark and the race looks a good opportunity on paper. The ground conditions aren’t his most favourable, but he has been in good form at home so we felt it was worth having a go at the race. 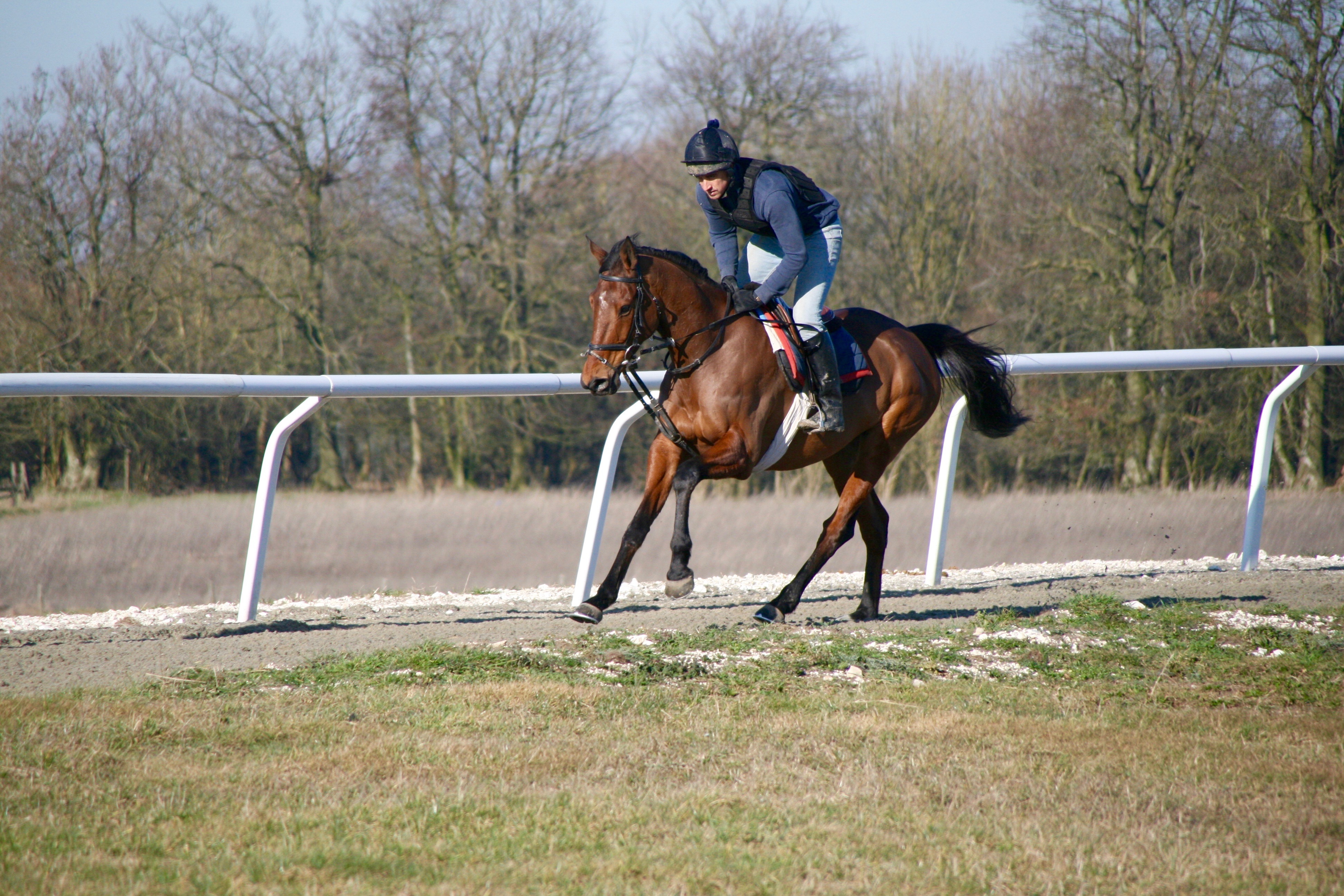 SHE'SONEOFOUROWN She’soneofourown has been declared to run in the bumper at Newcastle later today.  She is a lovely young Sageburg filly who ran with huge credit on her debut over a trip that was slightly too short for her last time out.  She lines up in a 2 mile race here on the all-weather carrying a feather weight, and the race looks a good opportunity for her on paper.  She has been in really good form at home and we feel she has got a bright future so hopefully she can run a really good race. HENRIETTA BELL Henrietta Bell holds a couple of entries on Sunday on the all-weather at Wolverhampton.  And she does hold an entry at Ludlow over hurdles next week, but as she doesn't like the deep ground we will be looking at both races on Sunday on the all-weather to see whether one is an opportunity for her to have a run. LANTIERN Lantiern has three entries next week including 2 in bumpers on the all-weather at Wolverhampton on Sunday.  He has won a Lingfield bumper very well on the all-weather from his only start on that surface, so it would make sense to have a look to see whether he has a winnable option in one of these two races on Sunday.  He also has a hurdles entry next week, but given the ground is very testing we will have to wait and see. 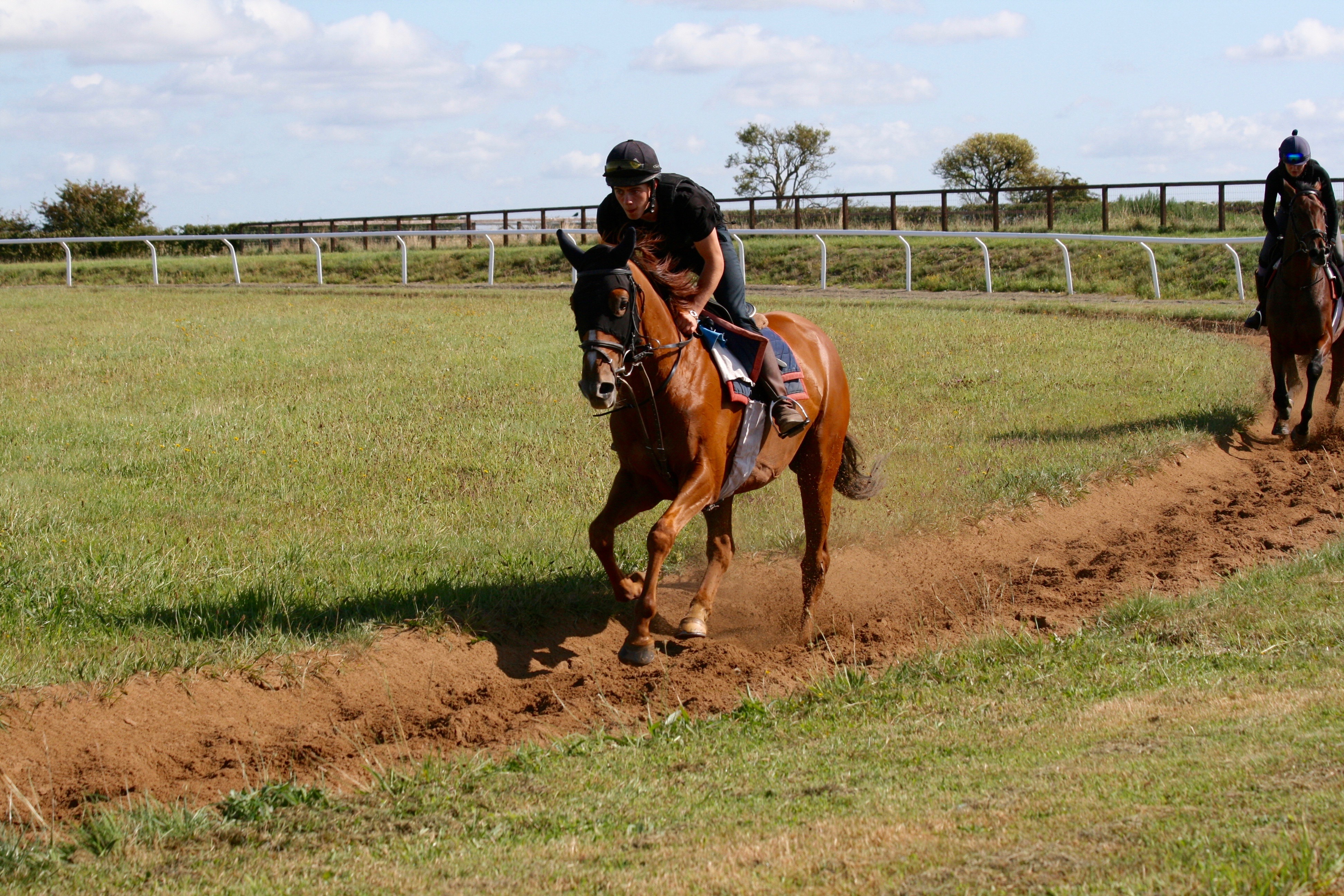 CATELINE Cateline has been showing promise in bumpers and she is entered at Plumpton on Monday.  She seems to relish the conditions and so all being well we will run her there.  She also has an entry at Newbury at the end of the week in event that the meeting on Monday is abandoned.  She is in good form at home so we are looking forward to running her.