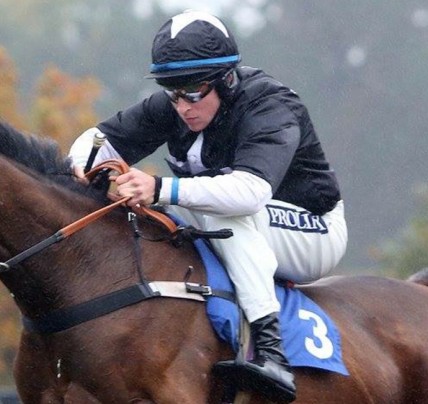 AINTREE RUNNERS: ARZAL steps up to Grade 1 company in the Manifesto Novice’s Chase at Aintree on Thursday at 1.40 . He has had a fantastic season winning on his first two starts of the year, before placing in graded company on his last two runs. His final start in the Lightening at Doncaster was his best run to date going down 3 and a ¼ lengths to Vaniteux giving that horse 4lbs. That is the strongest form on offer as Vaniteux looked booked for 2nd in the Arkle before unseating at the 2nd last. Arzal has shown he performs best on a flat left handed track, so we purposely avoided Cheltenham to come here and give him the best possible chance of winning a Grade 1. He goes into the race in great form, his schooling has been excellent and we can’t wait to see him out again. The step up to 2m 4f should really suit him, especially as he is more likely to get an easier time up front. Gavin Sheehan rides. BIGMARTRE is set to run in the 2m Conditionals Handicap Hurdle, which ends the Aintree festival at 6.10 . He ran well last time out at Fontwell finishing 3rd in his first try in a handicap. Bigm was taken on for the lead that day by 2 of his rivals and that meant they went a bit quick up front and set the race up for hold up horses. He didn’t fold once headed though and stuck on well for his place. His mark of 133 is definitely still workable and we will likely switch tactics here and take a lead. It’s obviously a fiercely competitive handicap but this horse definitely has the ability to run well in it. Yard conditional Harry Teal will claim a valuable 10lbs. Sunday runner: FRIZZO is set to run in a 2m 2f Handicap Chase at Market Rasen on Sunday, the race has been reopened due to just the 9 entries . The plan was to run at Fontwell last Friday but we missed that engagement because of soft ground. He hasn’t has his ground all year and Sundays race should really suit him if they don’t get too much rain. His handicap mark of 112 is definitely workable, he’s in good form and he’s schooled really well. It would be great for him to get his head in front before the season is over. Full weekly race reports in next weeks email, until then all the best,