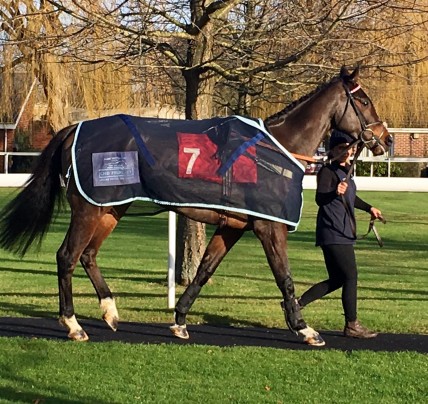 THIS WEEK   t's been a very Merry Christmas for us all highlighted by our first ever double! We sent out 5 runners on Boxing Day across the country some of which had to sacrifice their turkey to make their way up north to get there in time for racing the following day!  All efforts of which were made entirely worth while when both The Dubai Way and Octagon scored in fine style in 2 consecutive races at Sedgefield not the mention various other good placings that day too.  We've since had a delayed White Christmas up here at Hill Barn but thanks to our brilliant team we've managed to keep the show on the road, now onwards into the New Year...   REPORTS   The Dubai Way produced a quality performance to make it 3 from 3 for the yard at Sedgefield on Boxing Day.  Sedgefield is a sharp 2 miles and there was a fair bit of pace on, so Harry took his time on him.  The pair saved ground all the way around and moved into contention leaving the back straight.  He jumped 2 out a length behind the leader, joined him at the last and went away up the run in to win by just under 2 lengths.  This was another step up the ladder for him and we will see what sort of rating he gets before making a plan.   Octagon was another who made it 3 wins this season with a comprehensive win on the same card at Sedgefield on Boxing Day.  We reverted to more patient tactics and he travelled powerfully with a lead.  His jumping was far better in behind too, so good in fact that he almost jumped to the front as they passed the stands the first time.  Harry managed to get him covered up again, before taking up the running leaving the back straight.  Octagon picked up nicely in the straight, jumped the last 2 obstacles well and went away to win by just over 4 lengths.  This was an eye catching run and there should be more to come from him   Star Tackle pulled up on his 3rd chase start on the same Sedgefield card.  There was a lot of pace and he got into a nice rhythm behind the leaders early on, but you could see from a relatively early stage that he wasn't travelling with his normal exuberance.  He struggled to hold his position turning out on the last circuit and was soon on the back foot.  He was eventually pulled up in the straight.  This wasn't his true running and he's far better than this.  He will now have a mini break.   The Harry Whittington Racing Club's Spirit of Rome ran a blinder to finish second on hurdles debut at Fontwell on Boxing Day.  She took to hurdling extremely well and travelled powerfully throughout the contest.  She looked to be going as well as anything turning in and took the lead jumping 2 out.  She was passed by Aiguille Rouge between the last 2 hurdles but knuckled down well to finish 2nd.  This was a cracking debut and she should be very competitive in juvenile hurdles going forward. 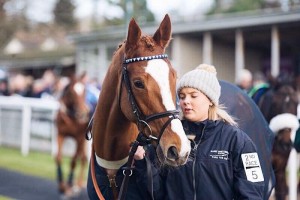 Simply The Betts finished 4th on his second hurdles start at Kempton on Tuesday.  He was ridden with more restraint on this occasion and didn't jumped as well as he did at Newbury.  He did well to avoid the faller at 3 out and made eye catching progress turning into the straight.  He looked to have every chance coming to 2 out but his run flattened out, eventually finishing in 4th.   ENTRIES   Saint Calvados is set to make his chase debut at either Newbury tomorrow or Exeter on Monday.  He joins the yard after winning 3 of his 4 starts in France and earning a rating of 143 in the process.  He is only 4 turning 5 and possesses lots of size and scope.  He is a really exciting recruit to the yard and we can't wait to get him started.  He handled testing ground very well in France and it's great to have a horse of this calibre in the yard.   Tierra Verde holds two entries on Sunday, a hurdle race at Warwick and a bumper at Uttoxeter.  She has come out of her seasonal reappearance at Southwell in good form and easier ground should help her.  Her bumper form from last season stacks up well and she should be competitive wherever she goes.