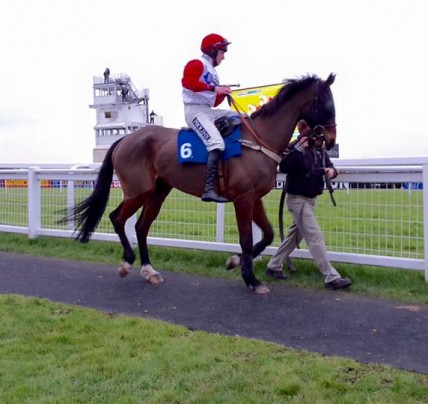 FOUROVAKIND took the seasons total to 19 wins with a demolition of a competitive field in the Devon National last week. He provided the yard with its first ever winner back in Febrary 2013 and continues in rude health at the ripe old age of 11. REPORTS: QASSER finished an excellent 2nd when dropped in class at Chelmsford on Thursday. He showed good gate speed and took up a handy position under jockey Luke Morris, travelling well throughout the contest. It was no more than an even gallop and Qass was ideally positioned. Luke kicked on in the straight and he went to the lead. Unfortunately the progressive Barsanti quickened up well and passed him in the closing stages. It was an excellent run from Qasser and he will continue to be competitive off his flat mark. It was a shame he ran into a very well handicapped horse. FARBREAGA finished a staying on 9th on his debut for the yard at Warwick on Friday. It was a very competitive race for the grade and they went a very fast gallop from the outset. Fab was cramped for room and was slow away therefore found himself nearer the back. He jumped well throughout the race and finished off his race strongly finishing no further back from the leaders than from where he started. It was a huge step in the right direction after being pulled up on his last three runs and we are delighted with the run. The handicapper has dropped him 5lb to a mark of 122. FOUROVAKIND routed a competitive Devon National field by 17 lengths at Exeter on Friday. It was a deep race and they went a good gallop from the outset. Gavin Sheehan pulled Fourovakind wide and got him into a nice rhythm, with a clear view at his fences. One by one horses came off the bridle but he continued to travel well and jump accurately. As the field turned into the home straight he looked to be going best, Gavin gave him a squeeze and he readily went clear. He produced good jumps down the home straight to finish full of running and win by 17 lengths. He improved through the season from run to run last year and has done the same this season. He holds an entry in the Midlands National which is an attractive pot which he has more than earned his right to go for, all being well he's in good form. ENTRIES: FRIZZO has been declared today to face 6 rivals in the 2.40 at Doncaster . He shaped very well to finish 3rd on ground that was a bit holding for him at Ludlow last time out and goes to Doncaster in really good form. The better ground should suit and the lack of pace in the race may mean he can get his own way on the lead. There are a couple of unexposed rivals in the race, but we are hopeful that Frizzo can run a big race. Nico de Boinville rides for the 2nd time. TOLETHORPE is likely to make his racecourse debut in a bumper at Huntingdon on Sunday at 5.00 . He’s a 5yo son of Halling and a full brother to the bumper and listed hurdle winner Balmusette. He is a strong and very straightforward horse, who’s done everything he’s been asked at home and is now ready to get out on the track. He has had a visit to a racecourse for a gallop and he is forward enough to have the experience. Hopefully he can follow in his sisters footsteps, which he should do as he has a lot of quality. SCARPER missed his engagement at Southwell last week and is now being aimed at a bumper at Lingfield on Monday at 5.10 . He shows lots of speed at home so the track should suit him and he handled the surface well when he went for a racecourse gallop at Kempton. As mentioned last week he was bought at the breeze ups at Cheltenham in November and is very forward mentally and physically. He gets 4yo allowance and that should help him, hopefully he can shape nicely. He is by first season sire Getaway and may well be his first runner under rules. HOKECOLBURN is likely to make his debut at Fontwell on Wednesday at 4.50 . Hoke is a 4yo son of Beneficial and a full brother to the smart mare Strawberry. He was bought as an unbroken store horse in May and has been developing nicely physically, his work has been improving all the time at home. He is now ready to make his racecourse debut and the track at Fontwell should suit. He is a very good moving horse, with a really tough hardy attitude. He is yet another one that we are looking forward to running. Until next week