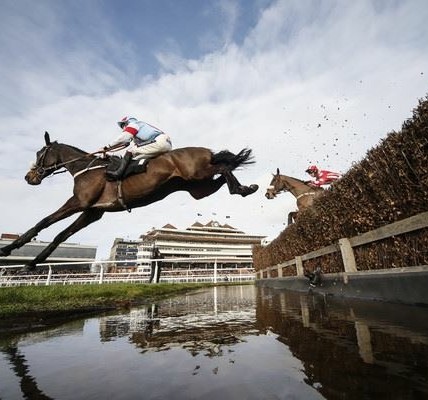 ENDING THE YEAR WITH A BANG

THIS WEEK   We ended 2017 on a real high with a fantastic front running performance from Saint Calvados who stormed his way to victory in fine style at Newbury on Saturday.  A great end to what has been a fantastic year for us all.  Onwards and upwards into 2018...   REPORTS   Saint Calvados got his UK career off to the perfect start, with a fine front running victory at Newbury on Saturday.  He faced just the 3 rivals and didn't see another horse.  Newbury is a stern jumping test and he was very accurate throughout, under jockey Aidan Coleman.  The pair went a good gallop and mistakes from two of his rivals down the back straight meant the race became a match.  Remiluc closed up to Saint Calvados coming to 3 out, but when Aidan asked him to stretch he soon went away, jumped the last 2 obstacles well and won decisively.  This was an extremely pleasing debut and he is a classy horse with a big future.   ENTRIES   Vinnie Lewis is set to make his next start at Plumpton on Sunday.  He was a 14 length winner at Sedgefield last time and now steps up in trip to contest the Sussex National.  He is a very genuine, strong travelling horse who should be suited by the sharp nature of the track.  This is clearly a step up in class, but we think he's up to the challenge.  Testing ground shouldn't be an issue and there's more to come from him at extreme distances.   Tierra Verde didn't take up either of her entires last week but is set to make her hurdles debut at either Fontwell or Hereford on Monday.  She has really taken to hurdles at home, her bumper form is solid and we are hopeful testing ground won't be an issue for her.  The maiden hurdle at Fontwell looks the more likely target at this stage.   Ruby Yeats is set to make her first start of the season at Doncaster on Tuesday.  She returns on a mark of 120, which is hopefully workable looking at some of her form last year.  She is a big, scopey mare who is open to more improvement this season and we look forward to seeing what she can achieve.  She handles soft ground well.