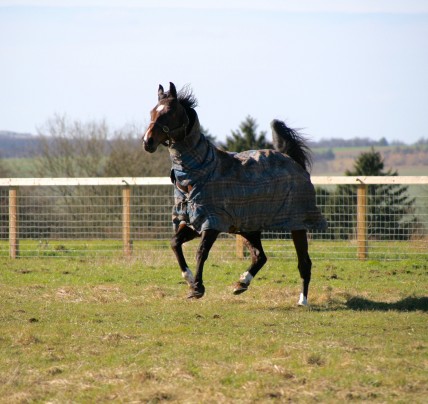 THIS WEEK Things have started to really brighten up this week with not only some beautiful Spring sunshine over Hill Barn but also most importantly improved blood results for all the horses, showing that we are coming through the other side of this 'viral challenge'.  So after a very quiet spell with no runners at all it's going to be a busy weekend... "FESTIVAL FEVER"

The Cheltenham Festival is fast approaching and although we are unlikely to have any runners this year, we will be watching certain horses closely with a view to potential form boosts for our string. Having been slightly disappointed in October when Affaire D’Honneur was beaten at Fontwell, the winner that day however was Movewiththetimes who is now a single figure price for the Supreme Novices Hurdle so we will be interested to see how he shapes.  Others to note are Singlefarmpayment who beat Emerging Force at Cheltenham in December in receipt of 8lbs and is a warm order for the 3m handicap chase on Tuesday.  Finally Ruby Yeats was beaten by a mare called Verdana Blue at Hereford last time out and she could boost her form with a good run in the Mares Novices Hurdle on Thursday.
Finally back by popular demand we have been sent Dan Watkins' Cheltenham Festival Guide, now available to view via his brand new sports betting and racing blog - lapoftheodds.com
ENTRIES
Blandfords Gunner is set to have his next start for the yard at Sandown later today.  He has shaped well on both starts this season, but still remains 6lb above his last winning mark.  He ran the best race of his career over course and distance last February, hopefully the return to these conditions will see him in his best light.  With front runner Artifice Sivola in the line-up, a strong pace should be assured. Blandfords has been freshened up since his Catterick run and goes into the contest in great shape.
Bigmartre is set to take his chance in the Imperial Cup at Sandown tomorrow.  He won in gutsy fashion at Kempton in December, before running below his best at Cheltenham in January.  The handicapper has dropped him 2lbs for the Cheltenham effort, so he is only 1lb higher than his Kempton win.  It looks a very open race, he has already proven to handle testing conditions well and the stiff track should really suit him.  He is bouncing at home and if he can get into a rhythm he should run well.
Regal Gait has multiple entries in the coming days, with Market Rasen on Sunday or Stratford on Monday being the likeliest.  He has run well on every start for the yard so far and starts life in handicaps off a mark of 107.  He handles some cut in the ground but doesn’t want it too testing which has narrowed down his options.  He is a very genuine horse who stays well and should be competitive wherever he goes.
Salto Chisco is set to return from his winter break at Market Rasen on Sunday.  He damaged his foot when he lost a shoe at Southwell last time out, so we didn’t learn whether he stayed 2 and a half miles or not.  He is entered at Plumpton on Monday, but the ground at Market Rasen will suit him better.  This run should help plan his spring campaign.
Affaire D’Honneur is also set to run at Market Rasen on Sunday.  He ran well behind a subsequent Grade 2 winner last time out, but hasn’t shown his best form yet this season.  The switch back to handicap company and the step up in trip should really suit him.  He was rated 133 at his peak last year, so his current mark of 123 looks very workable.  He has improved in his homework and we are very hopeful of a good run.  This race is a qualifier for the Challenger Series, which would be a nice long term target for him.
Star Tackle is set to have his next start at Chepstow on Monday.  He has travelled well on both starts for the yard but hasn’t seen his race out, so we are dropping him back in trip to 2m.  He is in good form at home but needs to learn to relax on the racecourse to fulfil his potential.  He is a horse with a lot of ability and his future lies over fences.
Until next week...