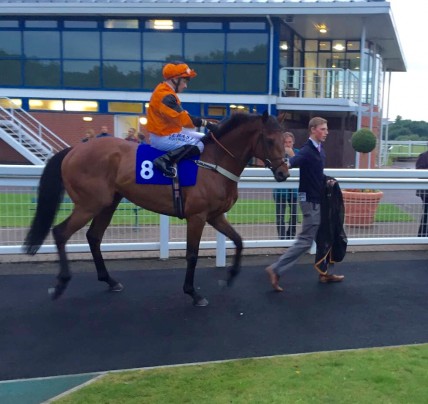 NEWS: Things are beginning to pick up again here at the yard with a number of horses starting to return from their summer breaks. We've also had a new arrival in the past week from Ireland - Vinnie Lewis. He is a 5yo gelding by Vinnie Roe who has won 2 point to points on Ireland and placed on both his starts in bumpers. He is an athletic, scopey type who handles most conditions and has an excellent attitude. We look forward to getting him going in the autumn. 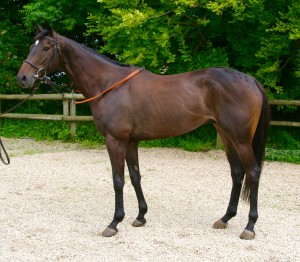 Meanwhile, out on the track things have been progressing nicely with two recent wins to add to this seasons' tally, one each for flat and jumps; Jack Bear’s 5 length victory at Nottingham last Monday was the yards first flat turf winner and our 2nd winner of the campaign. It was an exciting debut performance under champion jockey Silvestre de Sousa, showing speed and stamina. He is a progressive horse and a nice recruit to the yard. Sporting Milan’s battling performance at Worcester added another win to the tally on Wednesday this week, and he is another who will continue to progress through the summer. REPORTS: Jack Bear was a comfortable 5 length winner on his debut for the yard at Nottingham last Monday. He took up a handy position early and was keen on his first run back from a break. They only went a steady gallop throughout the contest and the race didn’t really develop until the field turned into the straight. As soon as Jack was pulled out he came to life, quickening up well at the 3f pole and sustaining that run all the way to the line. He stayed the trip well on easy ground despite being keen, which bodes very well for his hurdling career. 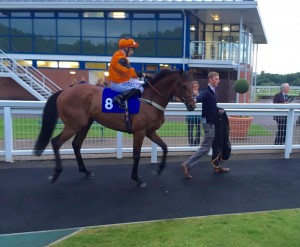 Polstar finished 8th at Worcester on Sunday. The ground was softer than ideal for him on the day and he struggled to travel on it from an early stage. He also remains 7lb above his highest winning mark and 19lb above his first win last season. He is a tough horse who knows where the winning line is, and granted his favoured conditions he should be able to get his head in front again. Patronne was pulled up at Market Rasen last Friday. She had taken a step in the right direction at Wincanton last time out and we were hopeful she would be competitive on her first handicap start. Unfortunately it didn’t materialise; she made the running under jockey Gavin Sheehan but didn’t jump as well as she had on her previous start. She led the field until the 3rd last where she was headed, before weakening and eventually being pulled up. She has shown a lot of speed but she doesn’t get the trip over hurdles, so she has been sold to Belgium to resume her flat career. Sporting Milan stayed on powerfully to win at Worcester on Wednesday. He looked nicely treated on his switch to handicap company and he proved just that. He raced in snatches and didn’t make life easy for jockey Gavin Sheehan, but when Gavin got after him down the back for the final time he came to life. Swinging into the home straight only one danger emerged in the form of the Charlie Mann trained Le Legro. The Mann runner headed sporting between the final two flights but Sporting battled back to get up by a neck. It was a big gap to the 3rd (28 lengths) so we will consider running Sporting under a penalty next week, depending on how he is before that. He is progressing nicely and we're delighted to get another debut winner for some great new connections. 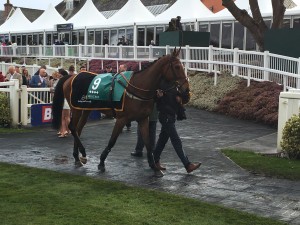 ENTRIES: Sporting Milan holds entries at Worcester on Monday and Southwell on Sunday, with Sunday being the likeliest option. He has come out of his race well and should be very competitive under a penalty. We don’t know how the handicapper is going to react to his Worcester win but it will more than likely be a rise in excess of 7lb. Polstar has been entered at Worcester on Monday, but is likely to miss that engagement in favour of a race later in the month at Newton Abbot. He remains in good form at home and has been dropped a further 2lb by the handicapper. Ahraam is entered in a juvenile hurdle at Stratford on Sunday. He has schooled nicely and goes into his first race over obstacles in good form. It is his first run for the yard and we should learn lots from the run. Until Next Week... All the best, Harry 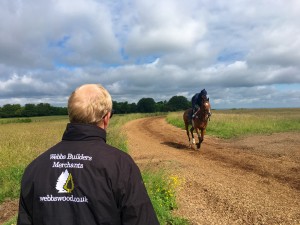