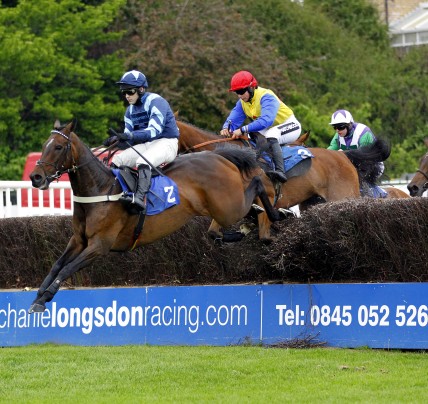 THIS WEEK The sun is shining and we've kicked off the new season campaign well with a blockbuster couple of weeks.  We struck gold with 4 winners from 4 runners on the track last week including The Harry Whittington Racing Clubs' The Kings Baby winning impressively on the bounce at Stratford and then again at Cartmel, Sirobbie scored again at his favourite track, Uttoxeter and Henrietta Bell got off the mark in fine style at Southwell.  Meanwhile off the track Mister Coffey reached a record breaking sales figure for an English bumper horse selling for an impressive £340k up at the Goffs Doncaster Sale.  An excellent result all round considering he was sourced by Harry at the store horse sales in Ireland for just £44k under a year ago, before being broken in and produced through our system here at Hill Barn.  So all in all a very good start, full marks to the hard working team at home who play such a huge part in getting these brilliant results. 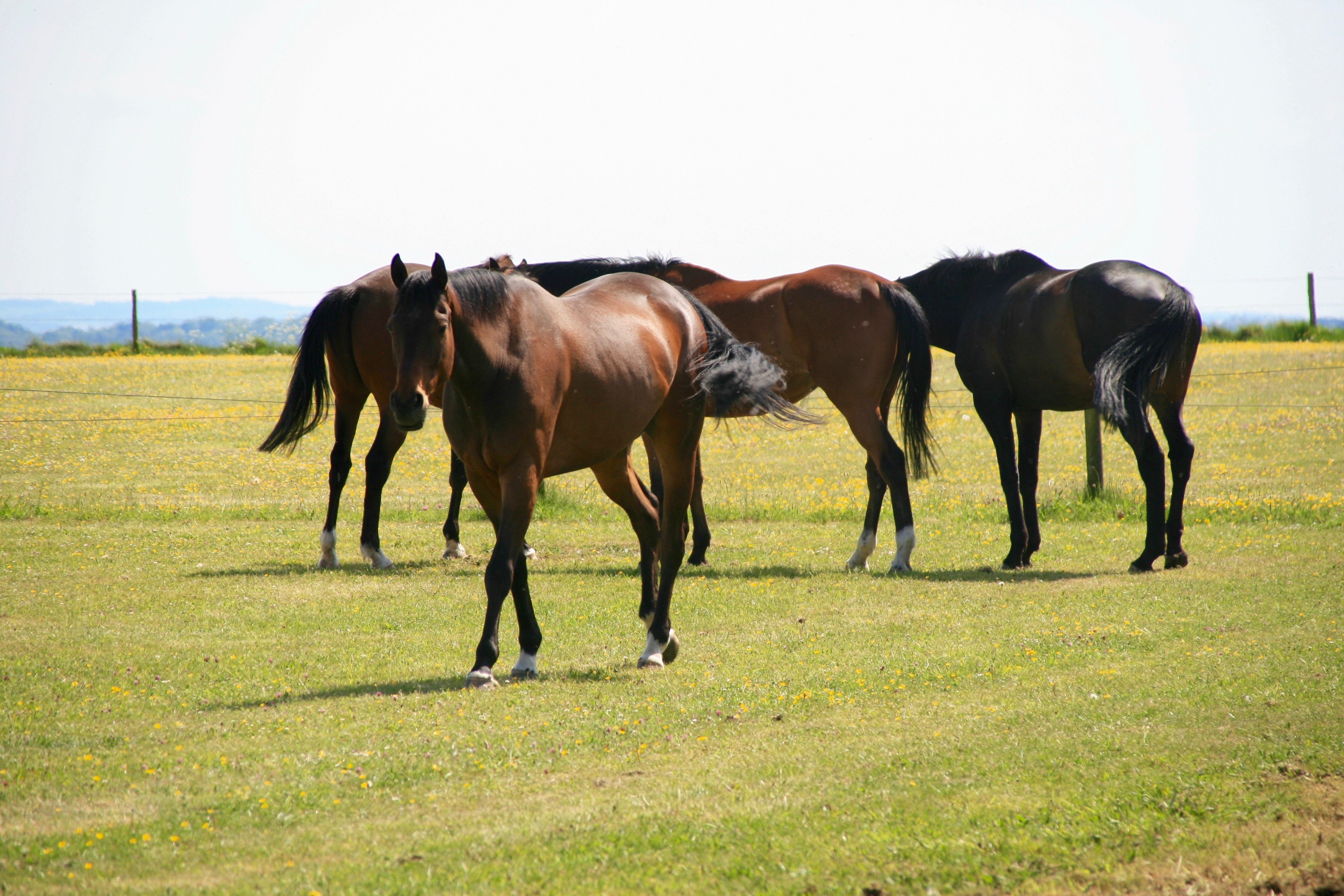 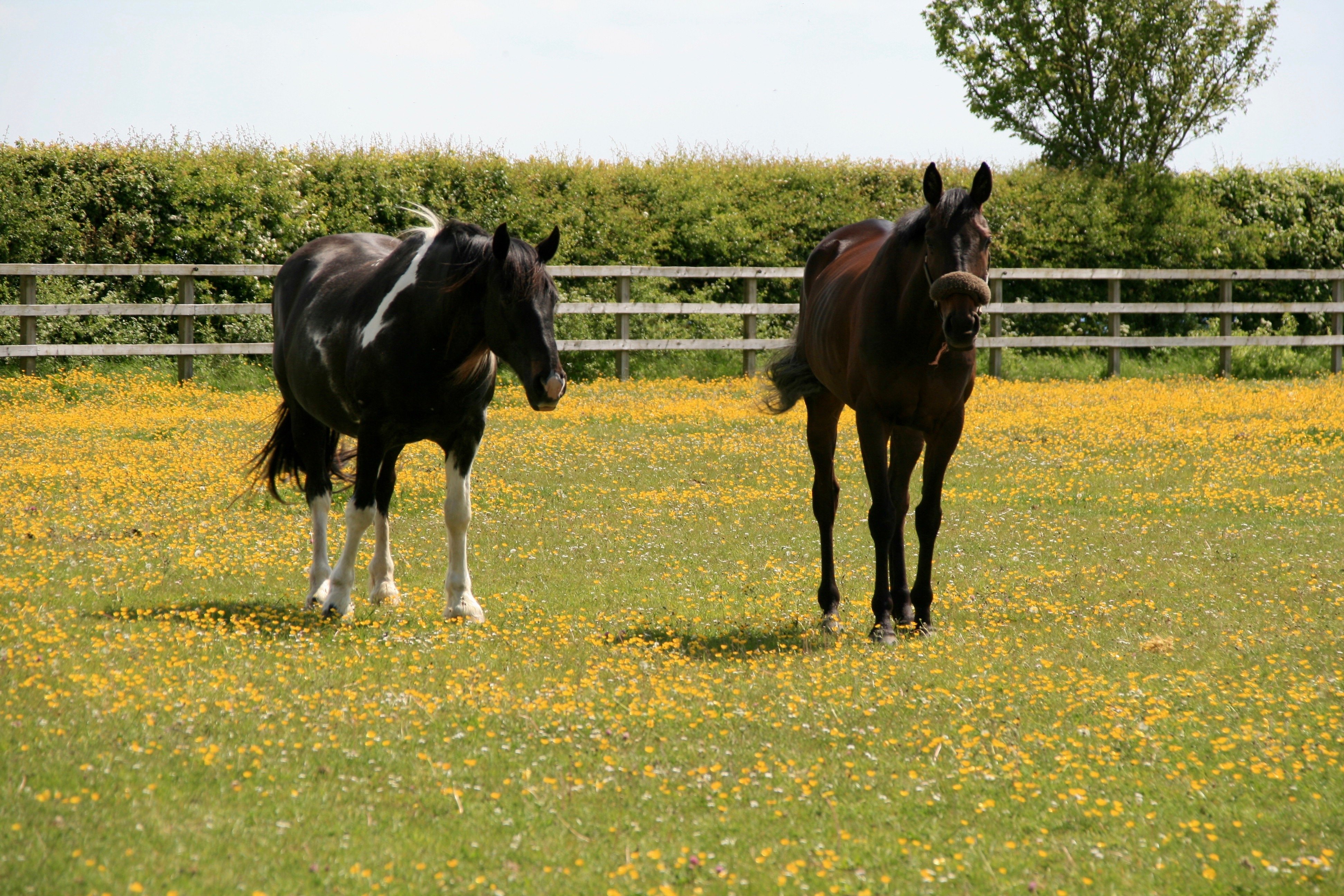 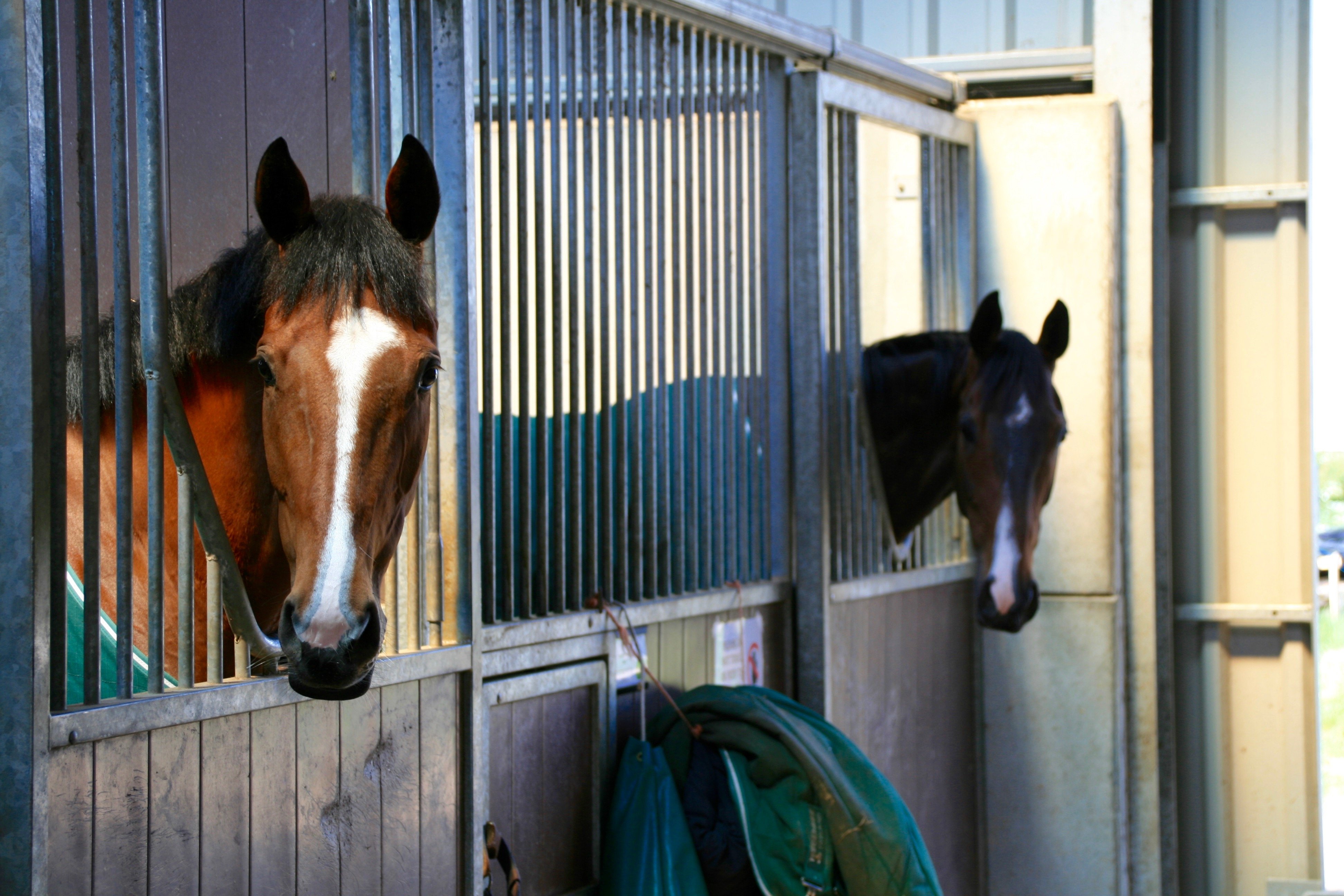 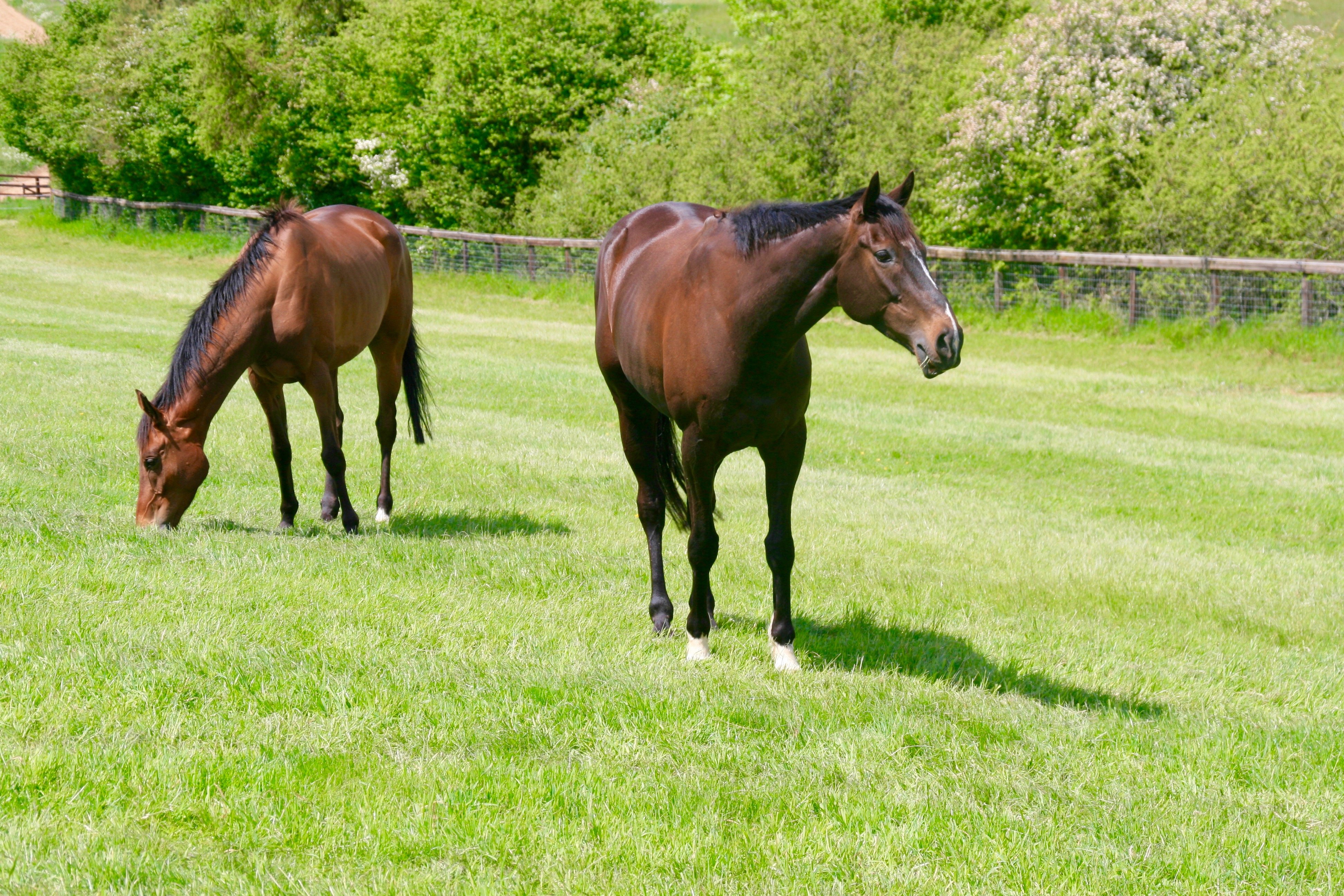 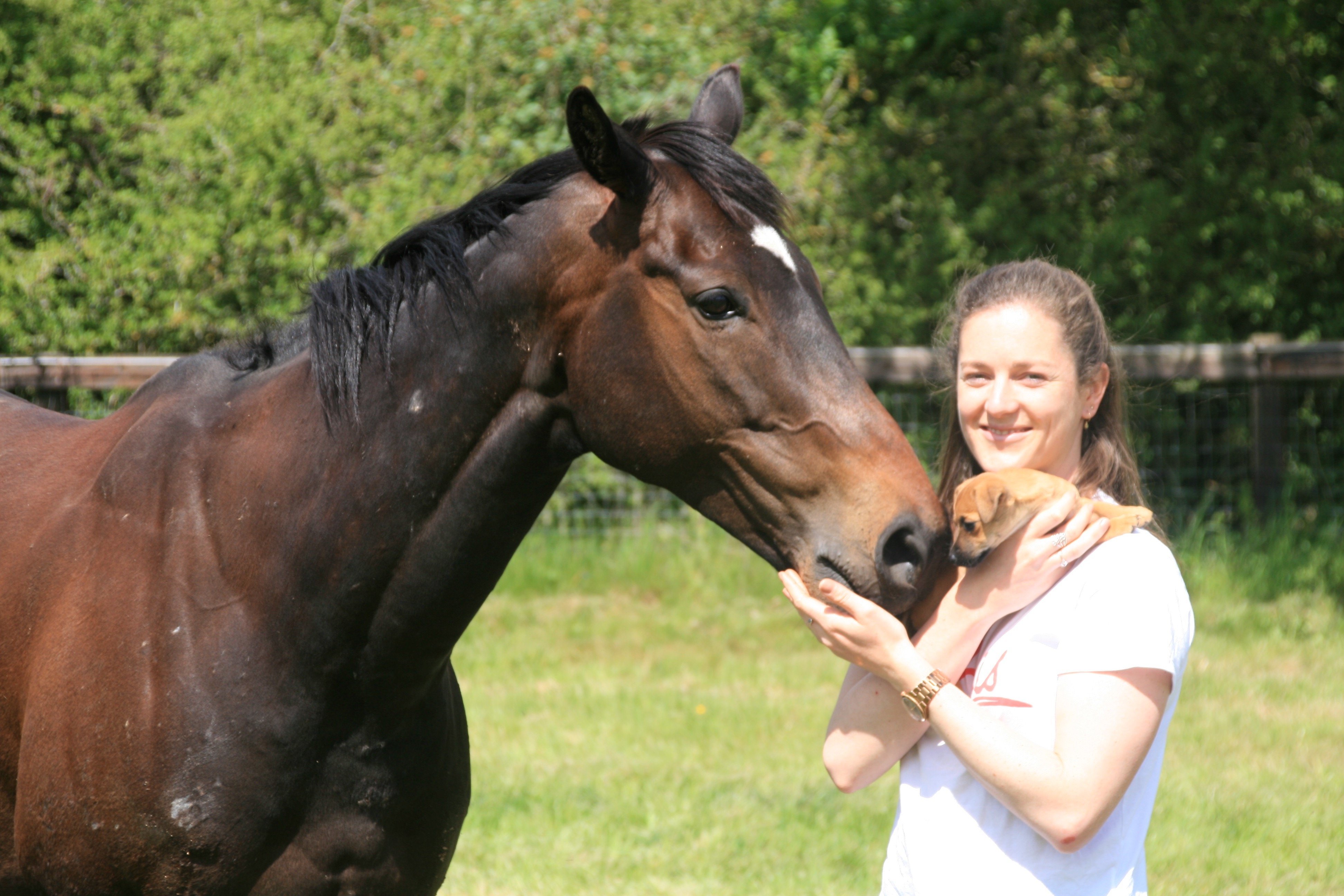 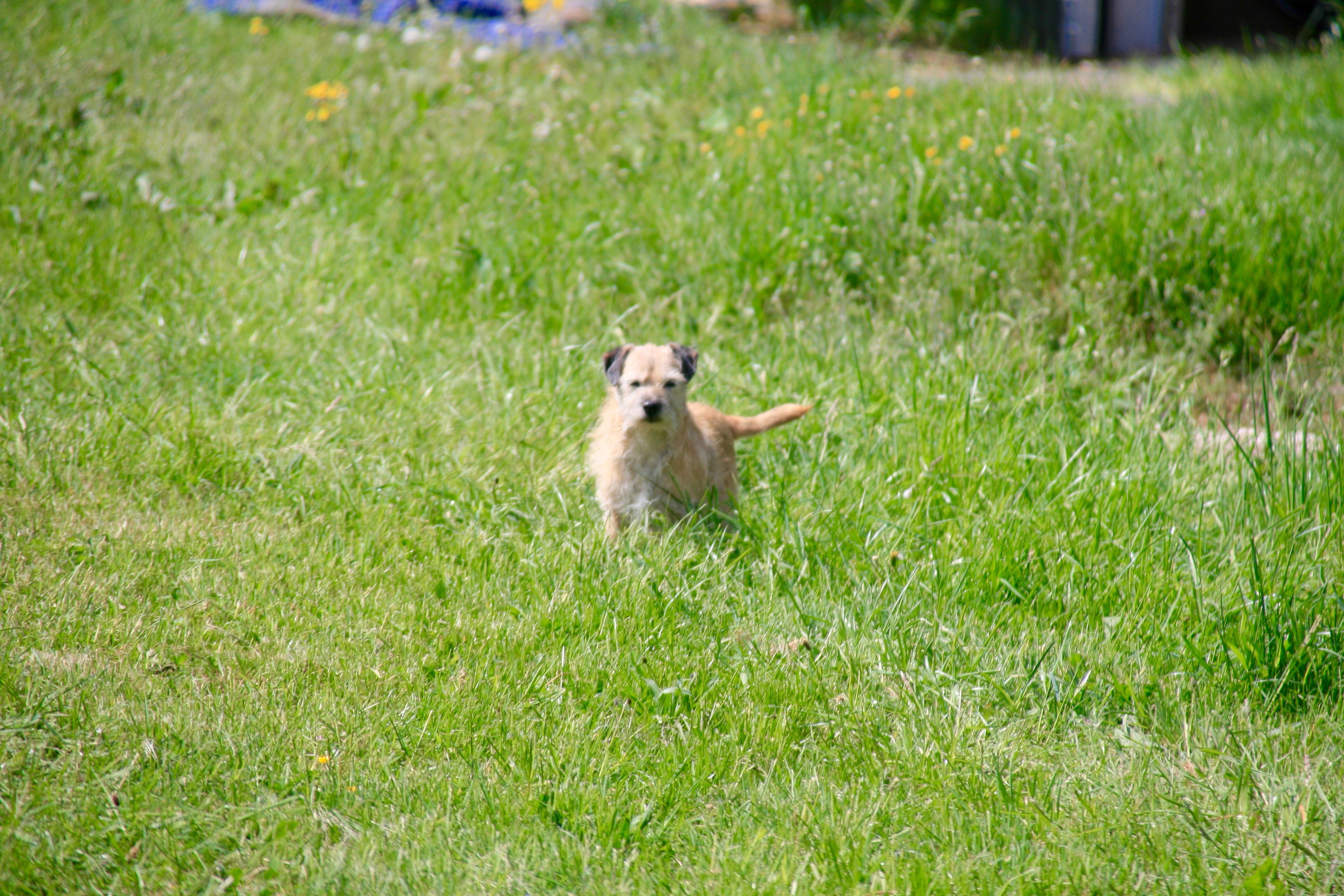 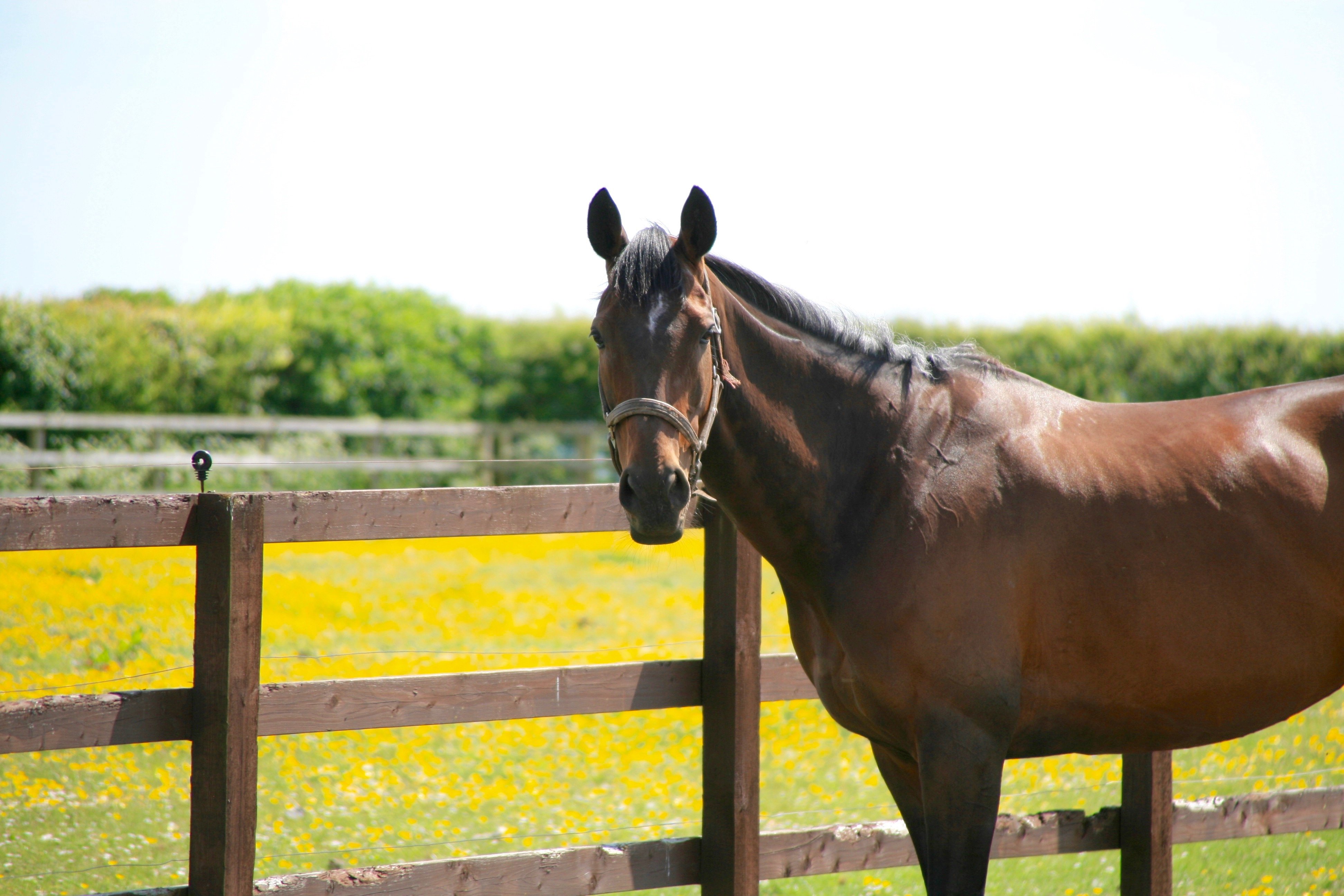 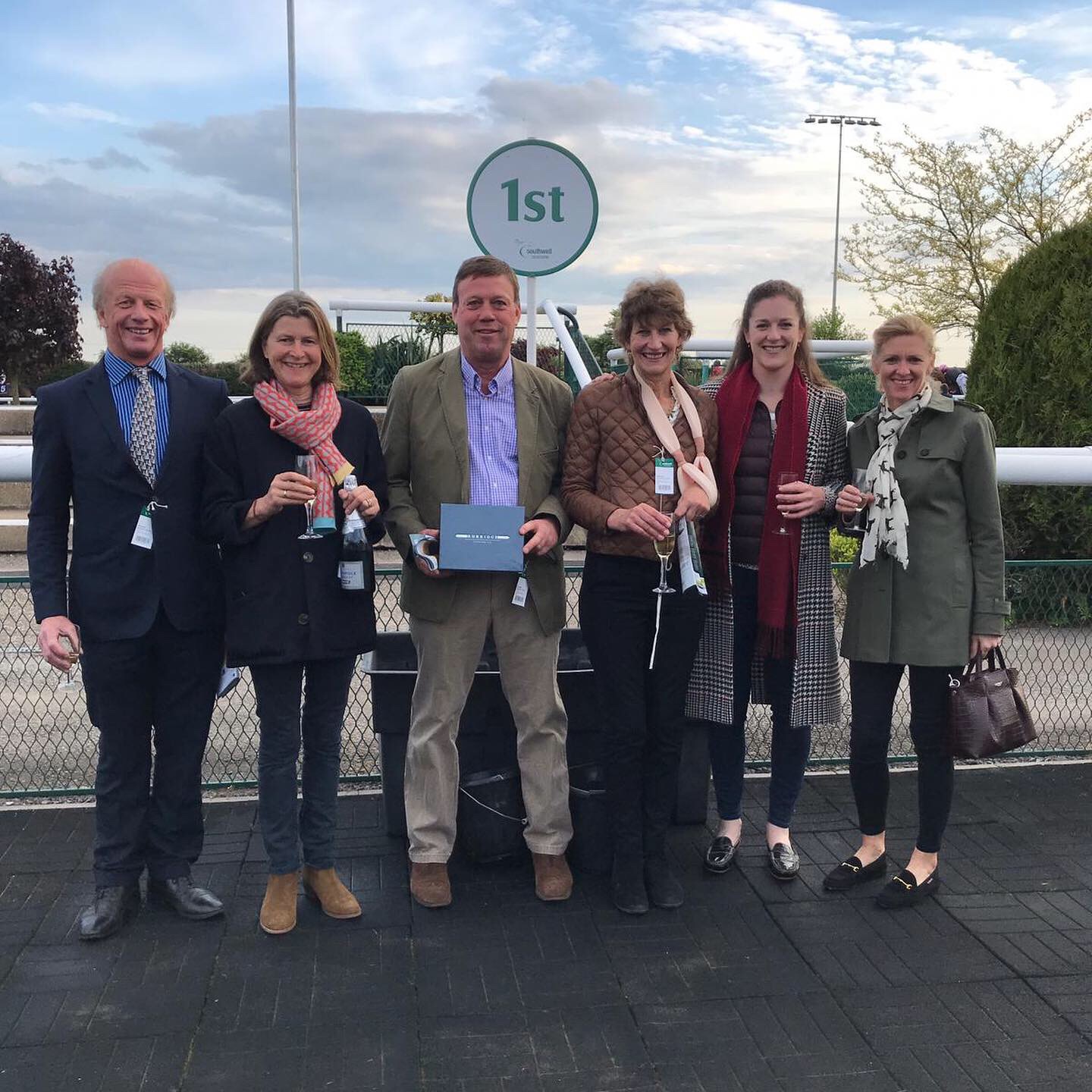 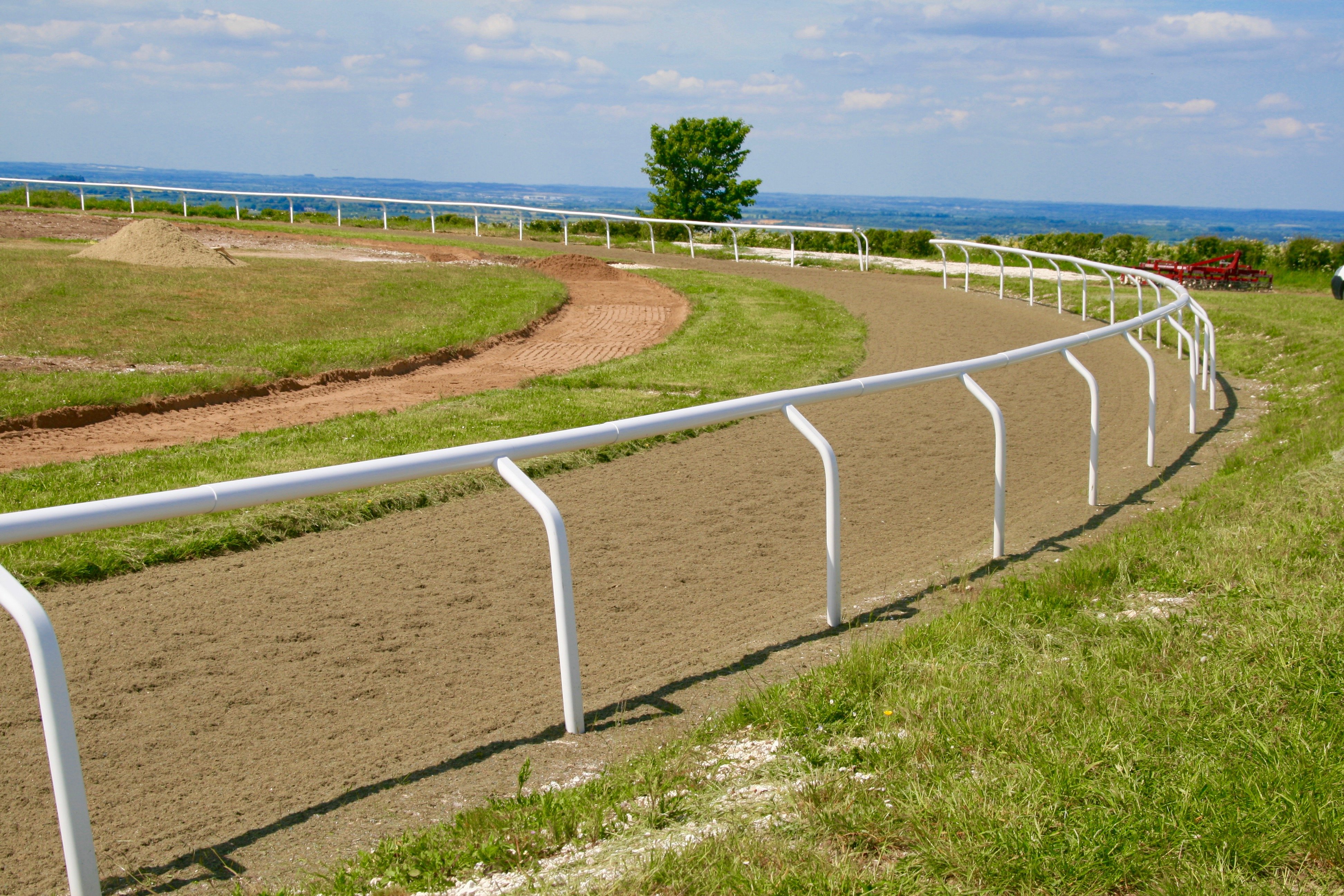 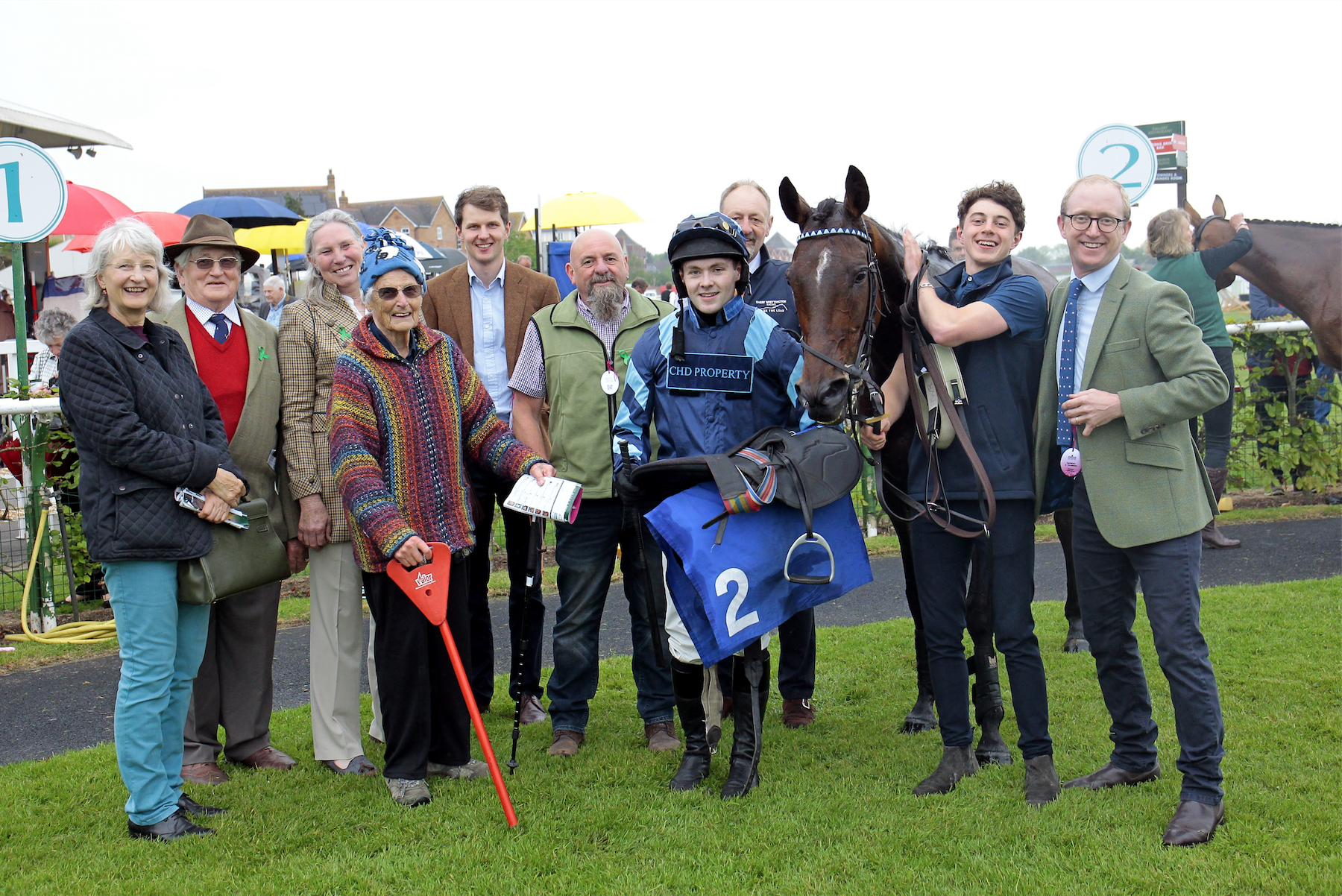 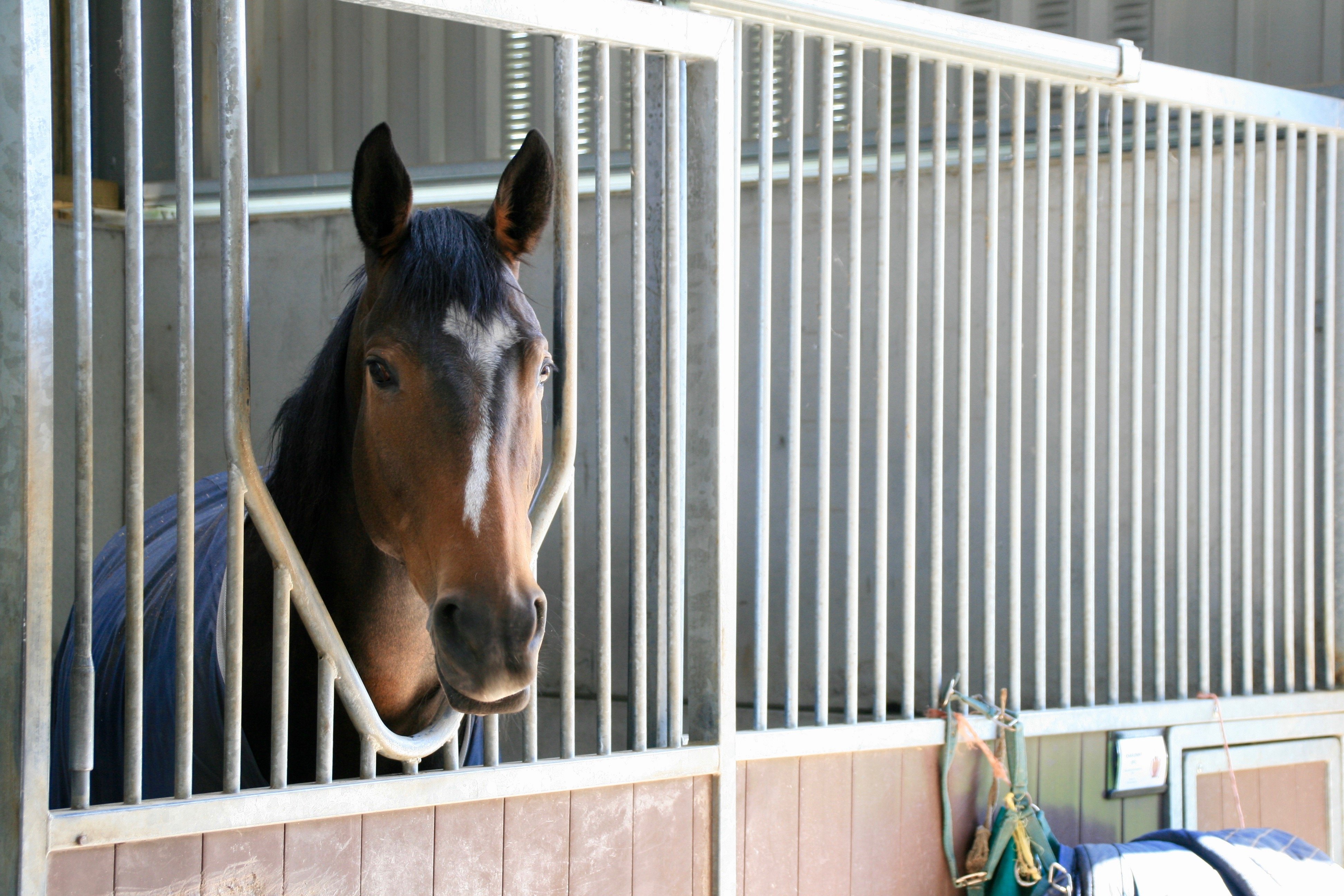 REPORTS LANTIERN Lantiern ran at Bangor last Saturday in the Wrexham Lager Export Maiden Hurdle over 2m.  He was very green on his debut over hurdles at Kempton on his last run, he showed on that occasion that he is not that straight forward and it’s a matter of him having to get his head around racing over obstacles.  This race at Bangor looked a good opportunity on paper and we felt a change in tactics might help him concentrate more on the job in hand rather than the on other horses.  We made the running on him but he was very keen and therefore used up too much energy pulling hard in the early stages which meant he eventually struggled to finish off his race properly.  It did end up being a step forward because he ran a lot better to finish 4th and we are learning more and more about him with every run.  He is being put away for a mini break now and we will bring him back for early autumn on the better ground.  He is very much a project and should find his way in handicaps. DESIGNER DESTINY Designer Destiny also headed to Bangor last Saturday to run in the Goldford Stud Mares' Intermediate Open National Hunt Flat Race over 2 miles.  She had been showing a good bit at home so we felt she would run a big race.  The race was a complete farce and there was no pace on whatsoever which meant they crawled for the first mile.  This meant she got keener and keener until eventually Richard Johnson let her go from a mile out.  She looked to have the race in the bag 3f out but unfortunately as things worked out she used up too much energy early on and was running on fumes in the last half furlong.  This meant that she was robbed of the race in the last few yards.   She still retains a huge amount of ability and has plenty of potential over hurdles. 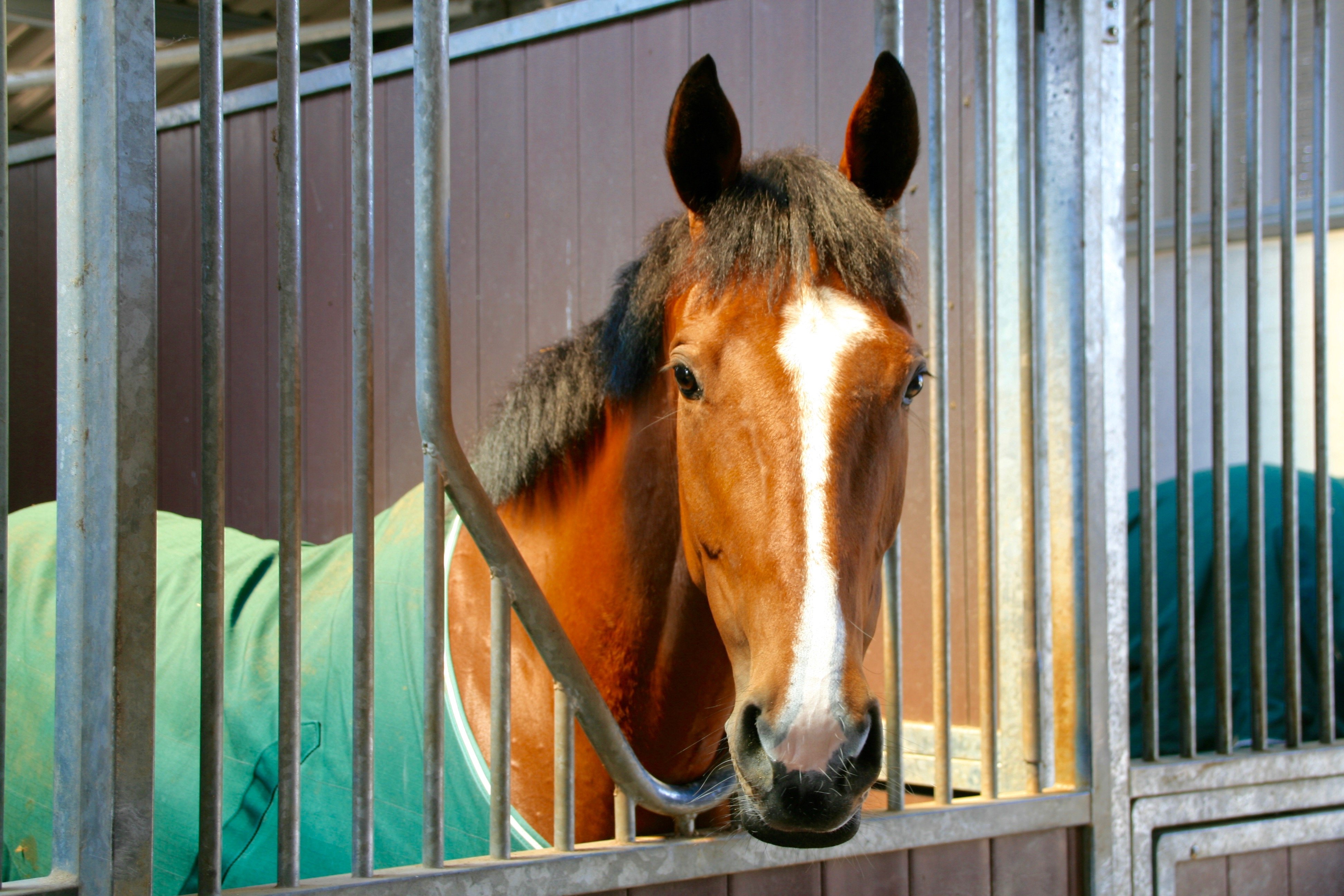 THE KINGS BABY The Kings Baby has been very busy winning over the last week!  First at Stratford last Sunday in the Riverside Bar and Restaurant Mares' Handicap Chase over 2m 6f.  On this occasion she was allowed to dictate from the front which evidently was what she enjoys doing.  She jumped economically throughout and had the speed to put them all under pressure.  The race was there for the taking turning in but for a very bad mistake at the last, she won very easily. She was then able to run again a week later in the week under a penalty up at Cartmel on Saturday in the Country Refreshments Handicap Chase (Qualifier For The Northern Lights Middle Distance Chase Series).  We booked amateur jockey Martin McItyre, a very experienced point to point jockey to claim a useful 7lb off her.  Unfortunately the start was a mess on this occasion and she jumped off behind the leaders, but Martin didn’t panic and just allowed her to bowl along and eventually take up the lead at half way.  She was then able to dictate once again and from the back of the last it was a case of how far she would win by.  She got a little bit tired in the run in which gave an opportunity for a couple of the remaining contenders to get close to her, but she was tough when she needed to be and held on to win for the second time in a week.  She has been an incredibly tough and fun mare for our racing club we are pleased to say she will continue be leased by them for another year along with another smart new filly by Fame and Glory. For more details on how to get involved in this popular and extremely enjoyable racing club please email Alice - info@harrywhittington.co.uk 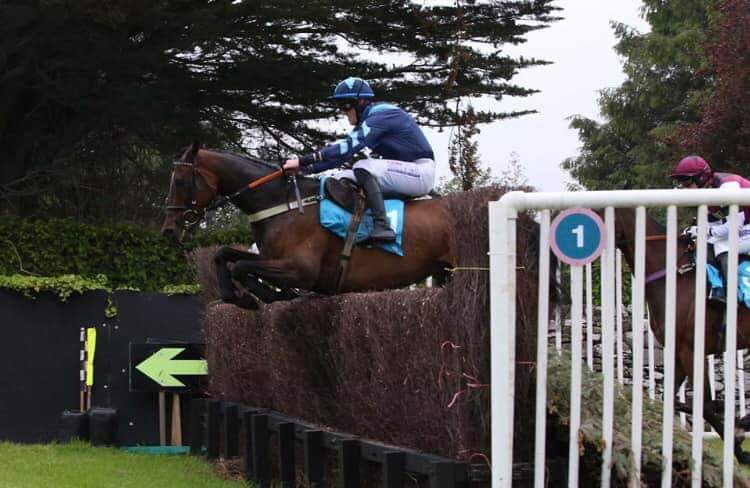 HENRIETTA BELL Henrietta Bell won at Southwell last Wednesday in the Bloomfield Horse Boxes Mares' Maiden Hurdle over 1m 7f.  She ran a cracker on debut over hurdles to finish 2nd, she needed to tidy up her jumping to win this time but it looked a great opportunity on paper in a mare’s maiden.  There was no pace on so we decided to make the running as she has stamina and looked the best horse in the race.  She dictated from the front and her jumping was outstanding throughout.  She won the race comfortably which is well deserved considering she has run well in defeat all season.  She will now be freshened up and holds a few entries for a few weeks’ time as she clearly really enjoys this ground. 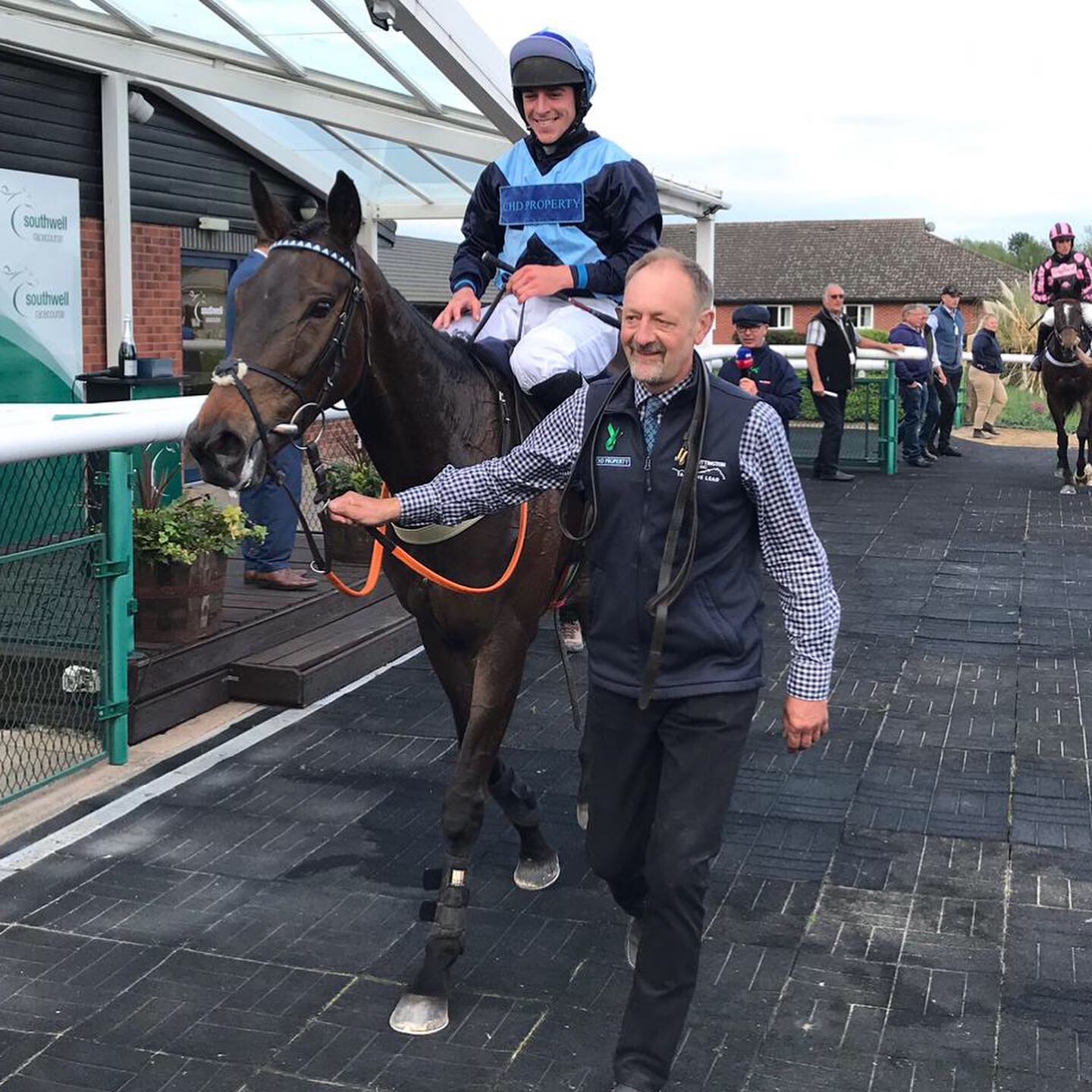 SIROBBIE Sirobbie won at Uttoxeter on Sunday in the 2m7f Foxy & Matilda On Signal 1 Novices' Handicap Hurdle. He won well the last day around course and distance but this was a step up in grade this time. Being a small field we decided to keep it simple and ride him like the best horse in the race. He jumped and travelled with great fluency, he took command of the race from half way and was clearly very much enjoying himself out in front and never really saw a rival. He is entered in a couple of races under a penalty and we will have a look at entries before seeing where to run next. SALTO CHISCO Salto Chisco ran at Newton Abbot on Wednesday in the Smiths and Heywoods Support Par Inn Handicap Hurdle over 2m 5f.  Unfortunately the rain came at the wrong time which counted against him and he never managed to get into the race at any stage and finished mid-div.  We are keen to keep trying different things out now he is getting a bit older and hopefully he will be back in the winners enclosure before too long. ENTRIES INDIEBURG Indieburg holds a few entries over the next few weeks.  He is a nice big, rangy type that should progress well over hurdles.  He ran in a bumper in the autumn which was very disappointing.  He was reported to have been weak so we have given him the time to strengthen up and he has done plenty of schooling so is ready to go. 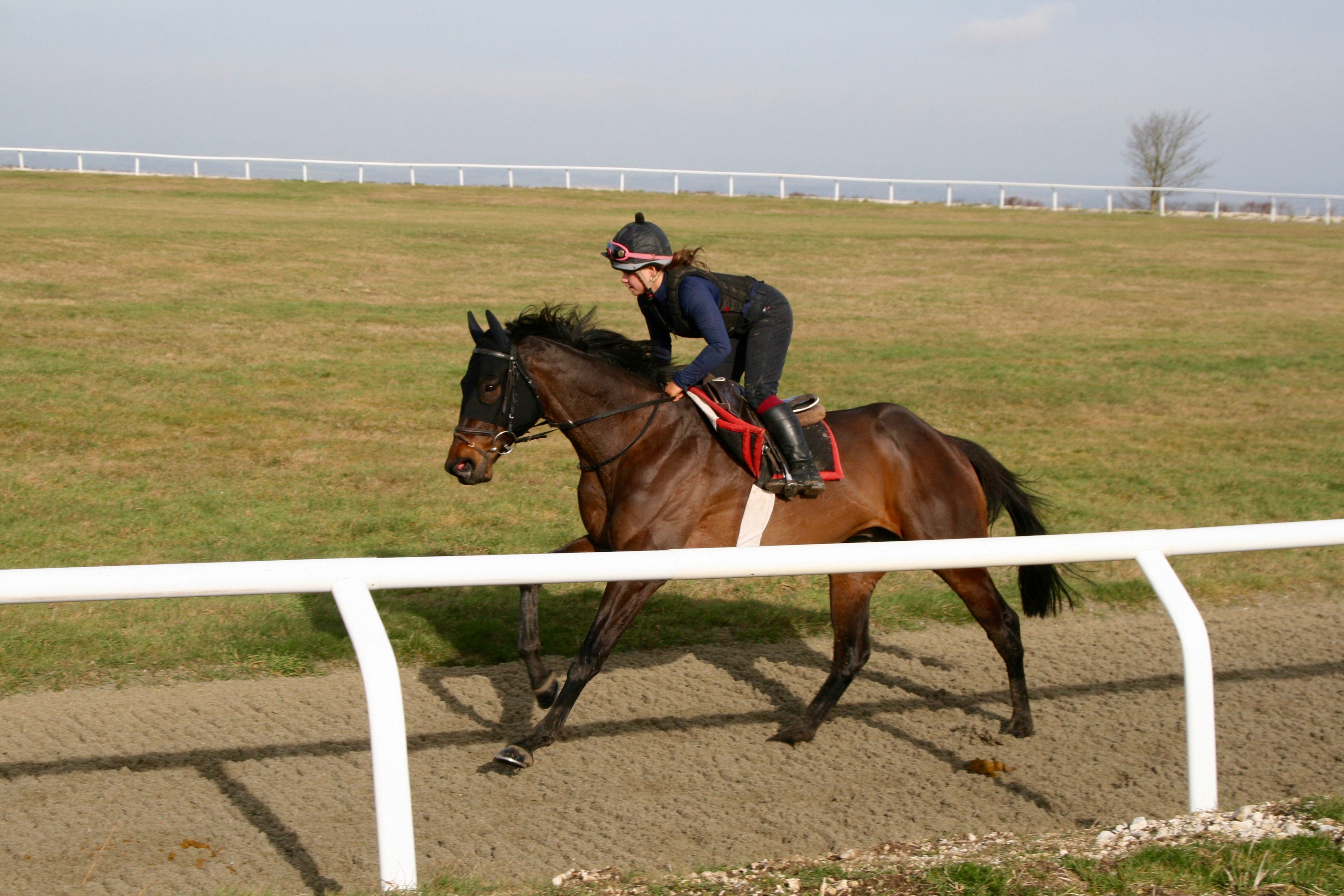 CARDY New recruit, Cardy holds an entry on Tuesday at Southwell in the 5.15pm Ms and Tj Haylage Mares' Standard Open National Hunt Flat Race (Class 5) over 1m 7f.  She is a five year old Vinnie Roe mare out of the Irish point to point field who has recently been brought for The Lead The Way syndicate.  She has been showing good things at home on the gallops and looks to have plenty of speed.  She has been entered in this mare’s bumper which looks a good opportunity for her debut for the yard.   She has a fabulous attitude so we are looking forward to running her. 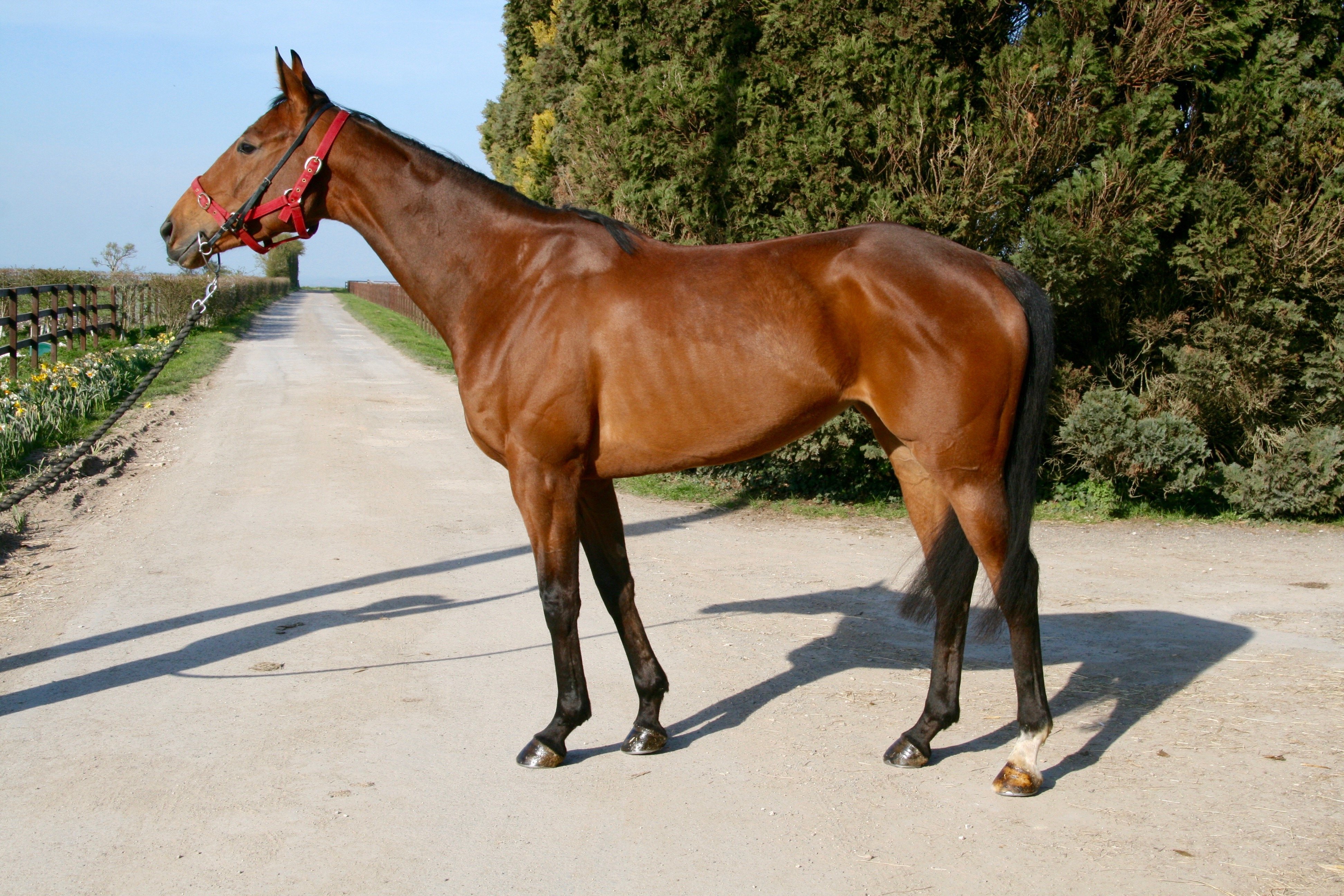