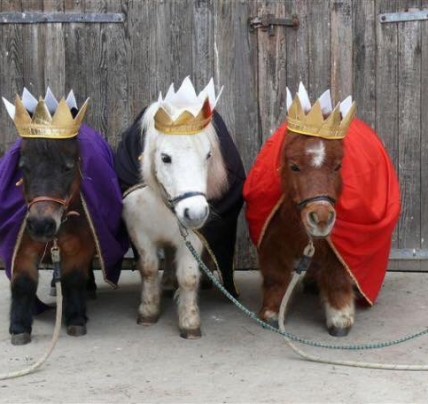 THIS WEEK Christmas is finally upon us and what a way to raise those festive spirits along the way this week with a fantastic win for Zephyros Bleu.  Meantime the barn is becoming ever closer to completion thanks to the hard working team at RJO  Construction, and we've got a couple more runners next week to entertain us all throughout this festive period... REPORTS Zephyros Bleu got his head in front for the first time, with a terrific display at Ffos Las on Wednesday.  He'd run well at the track on his previous outing, for a long way before making a tired mistake in the run in and we hoped the longer trip would suit.  This time round he got into a lovely rhythm upsides in front and travelled powerfully.   He went through the race noticeably better than the rest of the field and took up the running going down the back straight for the final time.  Gavin kicked him on down the home straight and apart from a mistake at the 3rd last, he was excellent.  Chasing was always going to be his game and he should continue to progress from here. Limonata finished down the field on her latest start at Lingfield on Saturday.  She broke well under jockey Martin Harley, finding a good early position. She went through the majority of the race well, but as the pace lifted she couldn't go with the leaders and eventually came home in 5th.  The handicapper has dropped her 1lb for the run, so we will now try her in a lower class of race over 10f. Flower Ball finished 6th at Fakenham on Sunday.  He raced in a handy position and jumped tidily in the main, but didn't travel as well as he had at Chepstow the last day.  He ran in snatches and didn't enjoy this switch to a sharper track. As the race developed he struggled to get competitive with the head of the race, eventually finishing 6th.  He's come out of the race well, so we will look for something on a more conventional track for him next. Vinnie Lewis finished a staying on 4th at Hereford on Monday.  We switched tactics slightly and sat in the middle, which seemed to really suit.  He travelled and jump boldly in this very competitive race.  They didn't go particularly quickly and the race turned into a bit of a sprint.  Vinnie got outpaced before staying on well to finish 4th.  He is now eligible for a handicap mark, so we will go down that route next. Sunday Royal finished down the field at Taunton on Monday, but that doesn't tell the whole story.  A horse bolted to the start and then refused to race, which meant they were down there for more than 10 minutes.  When they eventual jumped off, Sunday was reluctant and left the field 10 lengths at the start.  They went a good gallop around this sharp track and Sunday couldn't ever get into the contest.  He has had 3 runs now so may well get a handicap mark on Tuesday.  He's had a very eventful start to his hurdling career and has shown a good level of ability too. ENTRIES Regal Gait holds multiple entries over the Christmas period, but he's likely to take his chance at Kempton on the 27th or Newbury on the 31st.  He ran very well on hurdling debut at Market Rasen and should improve for the switch to a more conventional track.  He is a tough, genuine sort and we can't wait to see him out again. Bigmartre is set to make his first start of the season at Kempton on Tuesday.  A dual winner last year, he was last seen when finishing an excellent 3rd in the boys race at the Grand National meeting.  He has strengthened over the summer and should be very competitive off a mark of 133.  We had the 2nd in the race last year, hopefully he has a good chance of going one better. IN OTHER NEWS We are delighted to announce we have secured a new sponsorship deal for the coming year which is due to commence tomorrow.  As of which Webbswood and CHD Property will be in position as joint yard sponsors. We couldn't be happier with this new arrangement with both local and well known firm,Webbswood the go-to place in the local area for all your building, timber and fencing supplies. And alongside this we have CHD Property, London based Chartered Surveyors and leisure retail specialists.  More news on both we will update you on, but for now do visit their websites for further info: www.webbswood.co.uk www.chdproperty.com So from us all here at Hill Barn we would like to take this opportunity to wish you all a Very Merry Christmas!