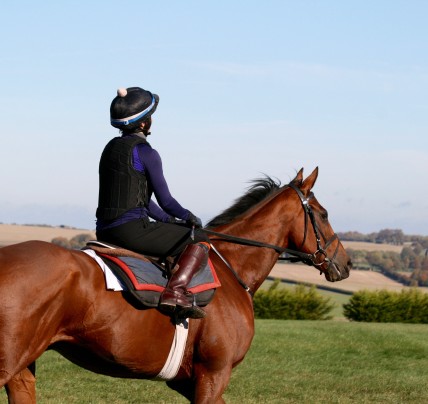 THIS WEEK The weather has began to turn this week and the rain has also finally arrived which has meant we've been able to get out on the track.  We have a mixture of things to report including a very sad loss, all part of the trials and tribulations of this great game we are in.  It's always devastating for all the connections when these tragedies occur particularly for the guys in the yard who love and care for these horses on a daily basis.  We have plenty more runners on the cards both this afternoon and in the coming days.  Lots to be looking forward to and get excited about, so we’re going to keep kicking... 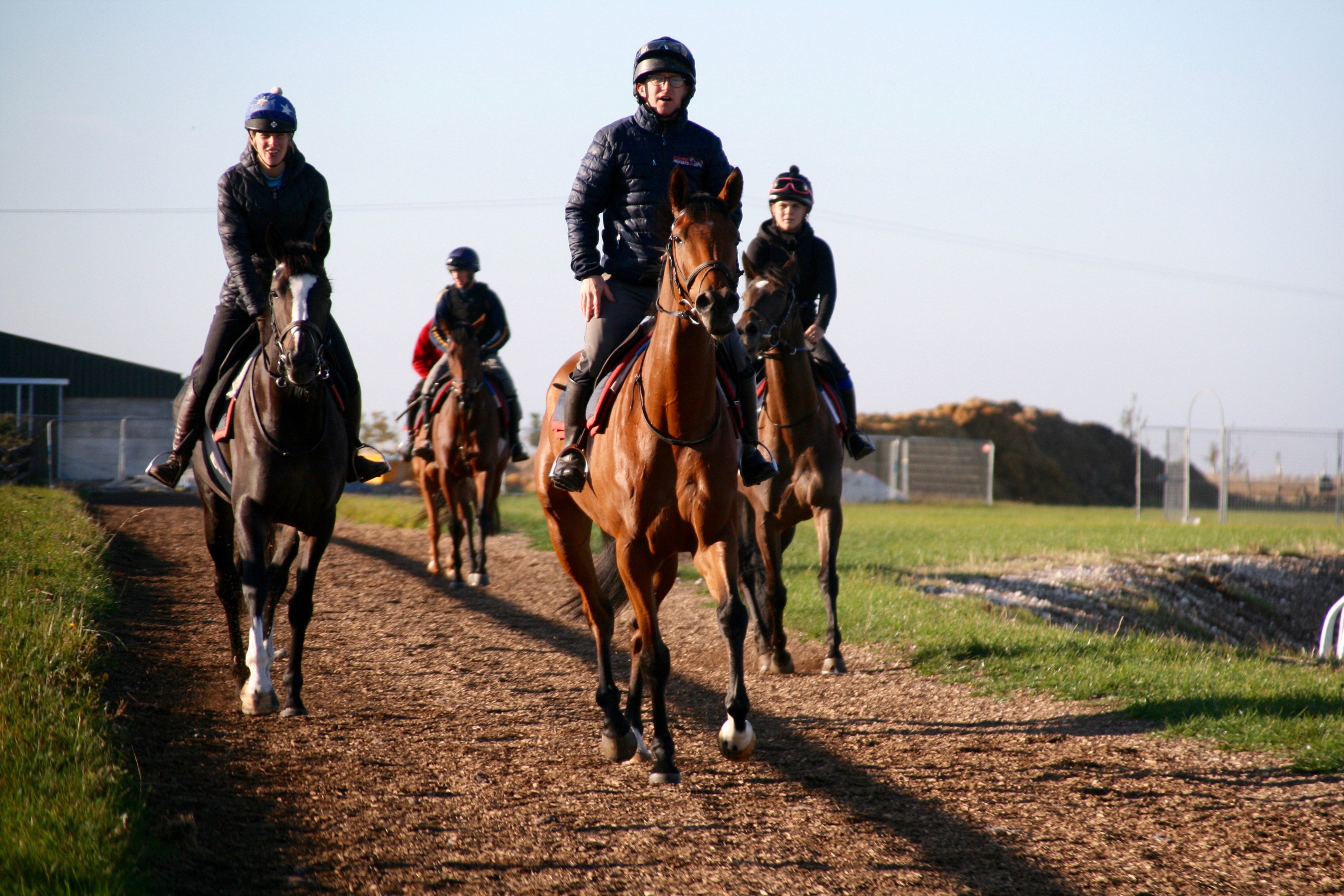 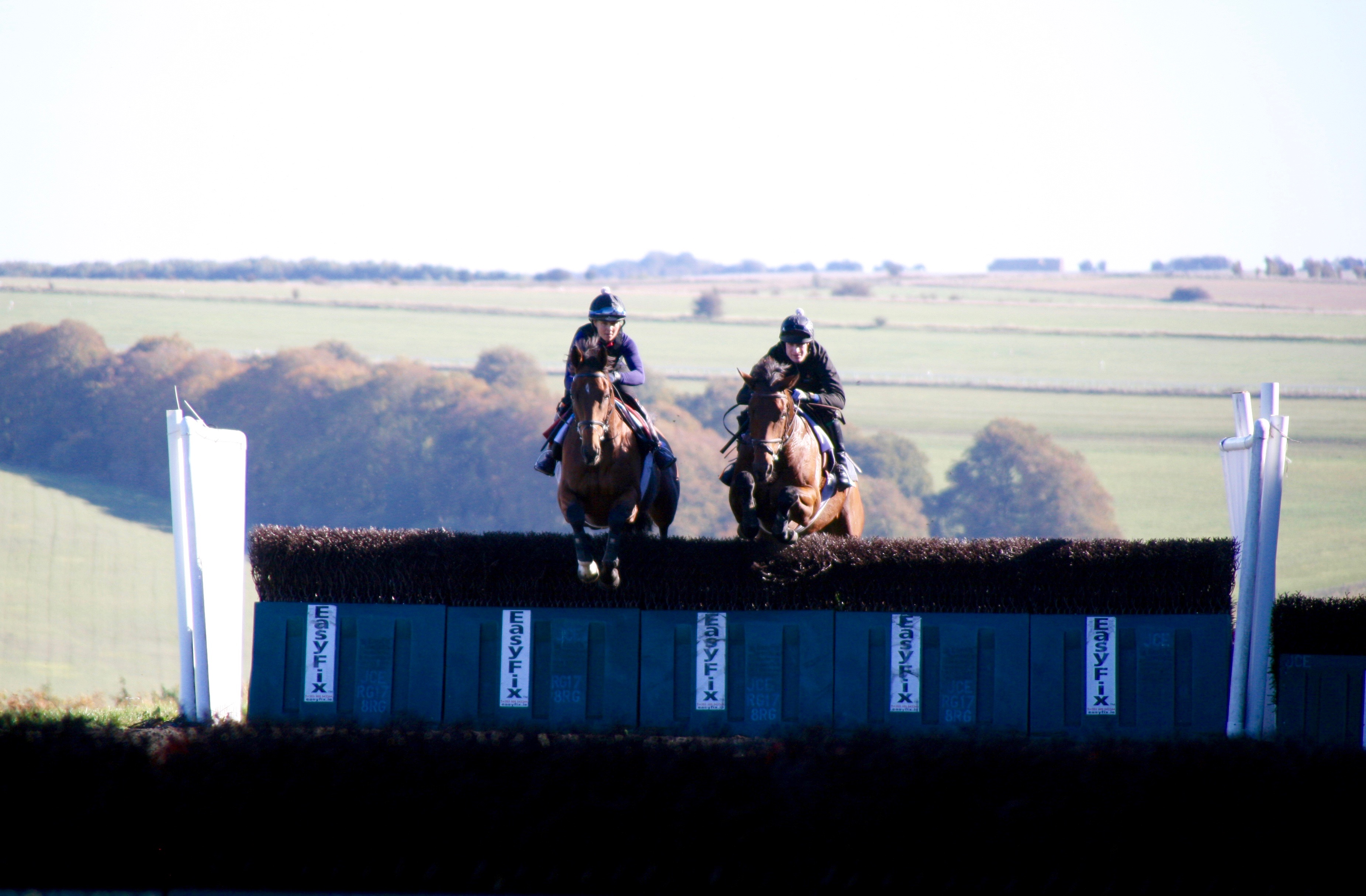 REPORTS SPEEDY CARGO Speedy Cargo ran a promising race to finish 4th on stable debut at Fontwell on Saturday.  He jumped off in a handy position and switched off nicely behind the pace.  There was plenty of rain on the day and it didn’t really suit Speedy who’s a long striding, athletic horse.  They got racing as they went down the far side for the final time and he came under pressure.  He showed a good attitude to not lose his position, but when they turned into the straight he was outpaced.  He stayed on really well under hands and heels to finish 4th.  He’s very much a chaser for the future and this was a solid start on ground that wasn’t ideal for him.  He will now switch his attention to hurdles. THE DUBAI WAY The Dubai Way finished 4th on chase debut at Southwell on Tuesday.  It was only a 5 runner field and he jumped off in the middle under jockey Harry Bannister.  They only went steady early on and he jumped well over the first few obstacles.  Front runner Mcgroarty injected some speed turning down the back for the final time and The Dubai Way was outpaced, but when Harry asked him to close the gap leaving the back straight he picked up well.  He closed right up to the leaders jumping two out, but a bad mistake ended his chances.  This was the quickest ground he’d encountered and he wasn’t as effective on it.  He still has a bright future over fences when conditions are right. 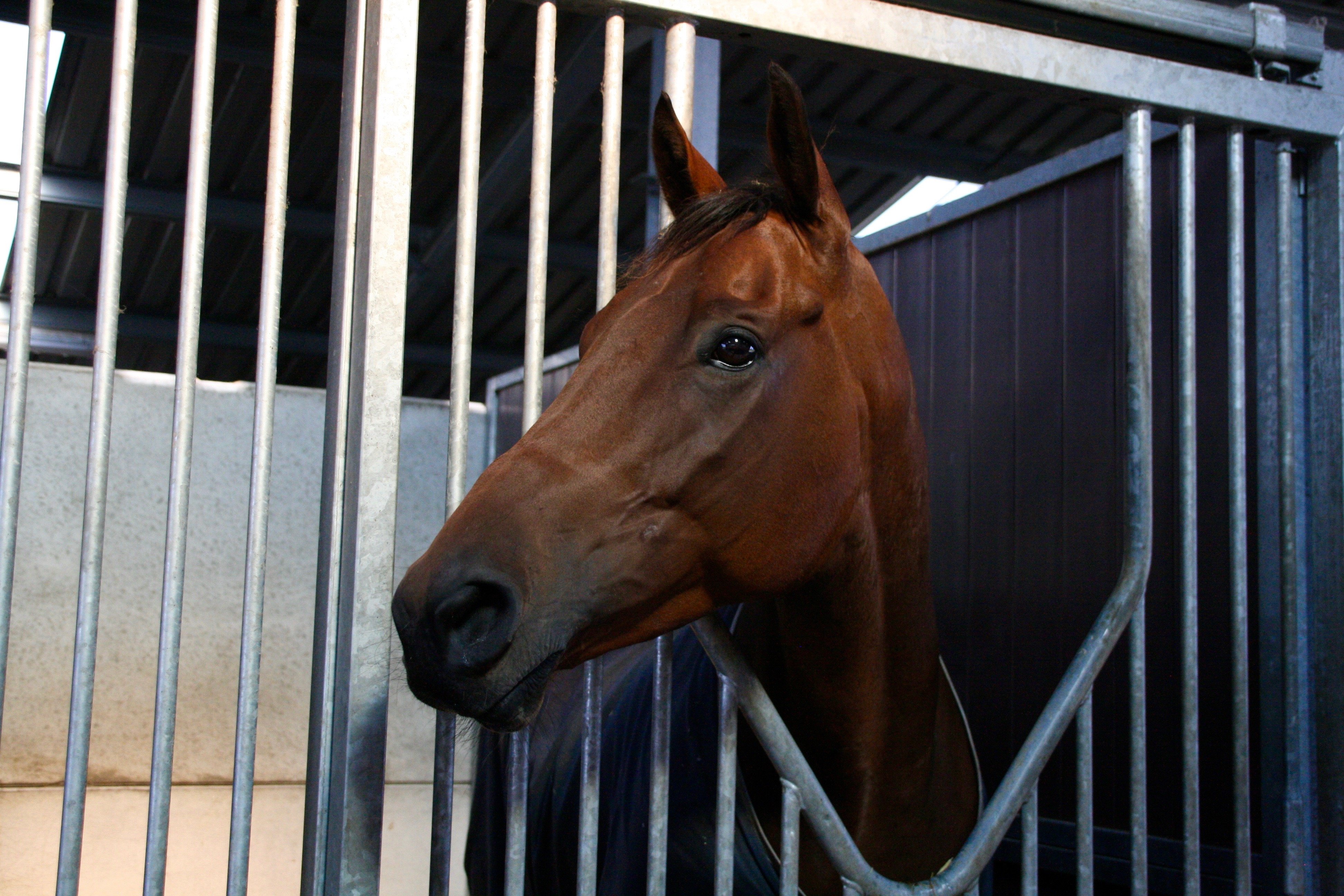 KHAGE Khage showed lots of ability before falling on hurdles debut at Bangor yesterday.  He jumped off in the lead under Nico De Boinville and was keen in the early stages.  He soon found his way to the lead and set a strong gallop, jumping well in the main.  He had most of the field under pressure on the final circuit but he clipped the top of 4 out and couldn’t find a leg, crumpling on landing.  It was too far out to say where he would have finished but his rivals had come under strong pressure and they may have found it hard to get to him.  He clearly has lots of ability and is an exciting prospect going forward. ECLAT DES BIEFFES Eclat Des Bieffes sadly lost his life at Worcester yesterday.  It was a tragic day for the yard and all his connections and he will be sorely missed. PERFECT MYTH Perfect Myth finished 6th on her latest flat start at Chelmsford yesterday.  She broke much better on this occasion and got into a nice rhythm early under jockey Robert Winston.  He gave her a bit of room and this helped her relax.  She travelled well to the home bend and picked up for pressure, before flattening out in the closing stages.  This was another decent effort behind quality opposition. HURRICANE LIL Hurricane Lil finished 8th on her first start for a long time at Chelmsford yesterday.  She was slowly away but settled nicely in the rear under Robert Winston.  She travelled very smoothly throughout the contest and when the race developed she made ground on the leaders and looked like she’d play a part in the finish, but she couldn’t sustain her run, eventually finishing 8th.  This was a nice return and she will be sharper for it.  We may step back in trip with her too. 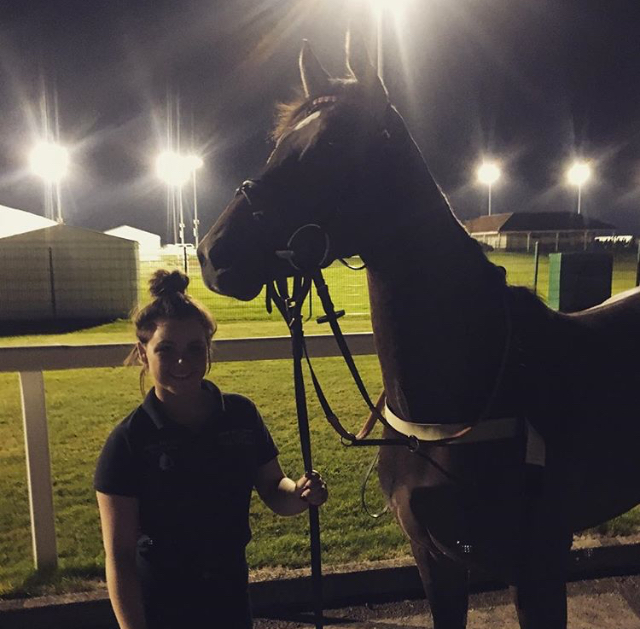 ENTRIES ROUGE VIF Rouge Vif is set to make his first hurdles start at Newton Abbot this afternoon.  He was an impressive bumper winner on his only racecourse appearance at Ludlow in March and has schooled well in preparation for this.  He has some solid opposition in the form of Colonel Custard and Crooks Peak, but with the expected rainfall this is a nice starting point for him and the easy nature of the track should suit. JOHNNY ROCCO Johnny Rocco was set to make his second bumper start at Newton Abbot today, however we have had to pull him out based on the significant change in the going. He finished 5th on racecourse debut at Fontwell in the spring, shaping well before running green in the closing stages. He has done well for his summer break, he’s sharper and we are expecting an improved performance here. There’s lots of other opportunities we will aim him at instead in the coming weeks. SIMPLY THE BETTS Simply The Betts is set to have his second start of the season at Hexham tomorrow.  He had some quality form over hurdles without winning last season and then got his head in front in impressive fashion at Warwick back in May.  He’s done well for his summer break and we hope he can win his novice under a penalty before going onto bigger and better things. BRANDY JAMES Brandy James is set to have his third hurdles start in the coming days and he holds entries at Wetherby on Wednesday and Uttoxeter on Thursday.  He’s shown a decent level of form in his two hurdles starts so far, but hung badly to his left at Perth last time and cost himself the chance of winning.  The left handed, galloping tracks should suit him better and we will take a lead with him this time.  He’s in good form at home and should run well wherever he goes. 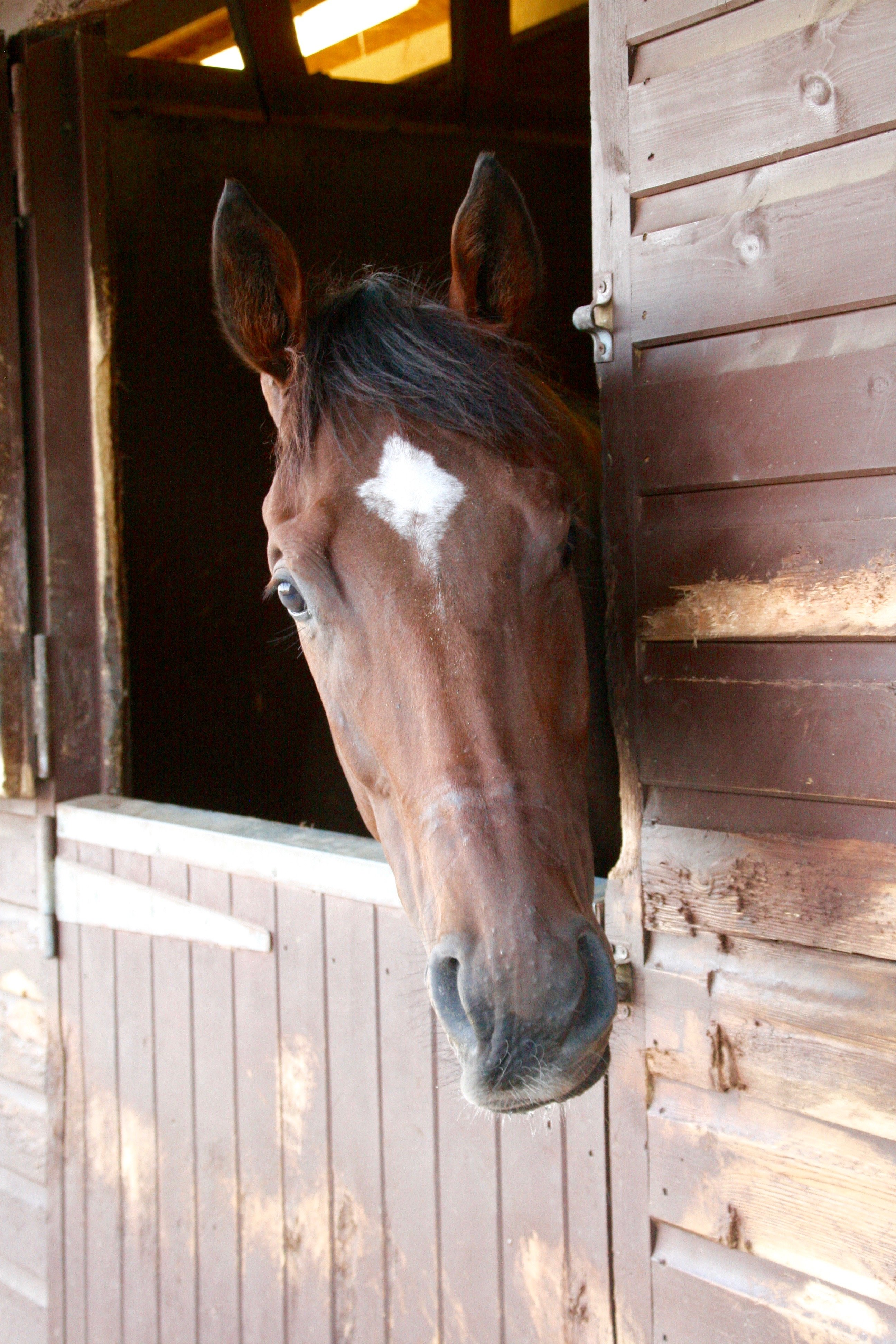