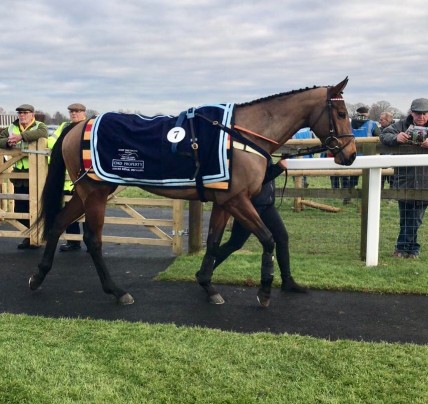 KICKING ON TOWARDS CHRISTMAS

THIS WEEK   It's been a much quieter week on the whole with less extreme weather conditions too.  So we've been gearing up for the busy festive period with lots of horses entered all over the place as you'll read below.  So it's safe to say it's still business as usual here as we kick on through to Christmas...   REPORTS   Bridge of Cally ran another good race to finish 5th at Southwell on Sunday.  He jumped well from a handy position once again and handled the softer surface well, which was a concern going into the race.  He was outpaced turning into the straight but ran on well to finish 5th.  He is improving with every run, his jumping is good and we look forward to stepping him up in trip later in the season.   Vbadge Treat made her hurdling debut at Fakenham on Monday.  We were hoping for an improved run off the back of her wind operation but unfortunately that's didn't materialise.  She travelled ok for the first circuit but heading out on the final lap, she was outpaced and could never land a blow.  Unfortunately the wind operation didn't have the desired effect.   Taras Day ran a race full of promise to finish 9th on hurdling debut at Ludlow on Wednesday.  She jumped and travelled very well throughout the contest, showing up very well for a long way.  They went a good gallop and there was no hiding place.  As they came to 3 out she got a little tired, eventually coming home in 9th.  This was a competitive race and it was a promising performance from the Kayf Tara filly.  She can only improve from here.   Let's Get At It finished 7th on racecourse debut in a bumper at Ludlow on Wednesday. He was very green throughout the race, which ended up being quite a rough affair. He managed to keep his position turning for home, but wasn't able to quicken with the leaders eventually coming home 12 lengths behind the winner. He will improve significantly for the experience and will appreciate a more galloping track and a step up in distance in future.   The Go Tou Man produced a solid performance to finish 9th on hurdling debut at Towcester yesterday.  He jumped and traveled well in a big and competitive field, before getting outpaced up the stiff run in.  He plugged on to finish 9th.  This was a likeable debut in a deep race and he is another who will improve for a step up in trip later in the season.   ENTRIES   The Harry Whittington Racing Club's Spirit of Rome is set to have her first hurdles start in the coming days and it's likely to be at Fontwell on Boxing Day.  She stayed well on the flat, she's from a jumping family and her schooling has been good.  Soft ground will be a bit of an unknown but hopefully she can produce a solid performance.   The Dubai Way has multiple entries on Boxing Day and we will consider all the options before picking the most suitable race.  He's come out of Hexham well and he should be very competitive wherever he goes.  There's lots more to come from this embryonic chaser.   Star Tackle holds entries at Huntingdon and Sedgefield on Boxing Day, with the latter looking the most likely target.  He ran a huge race at Ffos Las last time out and the form has been boosted by the 3rd horse winning impressively since.  With a clear round of jumping, he shouldn't be far away. 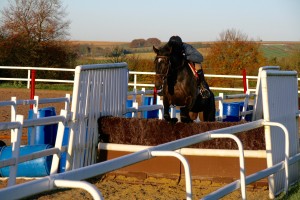 Octagon is set to step back into handicap company at either Market Rasen or Sedgefield on Boxing Day.  He has won 2 selling hurdles this season and was particularly workmanlike at Leicester last time out.  He has been given a chance by the handicapper dropping him 5lb to a mark of 120, but he would need to produce an improved performance to be in the mix.  He's in good form at home.   Tierra Verde holds multiple entries over the festive period and the first of them is at Sedgefield on Boxing Day.  She is only eligible for bumpers until the end of the year, so she's been entered in 2 bumpers and a hurdle race.  She got outpaced on good ground at Southwell last time, so the switch to a softer surface will help her.  She is a very good jumper if she did take up her hurdles entry.   Simply The Betts is set to have his 2nd hurdle start at Kempton on Boxing Day.  He shaped very nicely on hurdles debut at Newbury last time out and should appreciate the switch back to a sharper track on better ground.  It will be a small but select field and he is capable of getting very competitive.  He's a very exciting horse.