HWR WEEKLY NEWS The months are now flying, by its hard to believe we are now over half way through the year, and what a year it has been! We still have so much ahead to look forward to with a full squad of exciting horses, we should be set for another bumper season. The team continue to keep kicking and spirits are high with anticipation in the air, plenty of seconds but the winners are hopefully just around the corner...

REPORTS HENRIETTA BELL Henrietta Bell made her chase debut at Market Rasen on 10th July. Having run in a point to point first time out in her career, she had been schooling nicely at home and we had been looking forward to running her over the larger obstacles. She is not overly big but is very economical over fences. Unfortunately the track was a bit sharp for her and she was slow over the first couple of fences, which meant that she was at the rear of the field for most of the way. She soon warmed to the task, and turning in she looked to be on their coat-tails with every chance. She made a mistake at the second last and from there on in she galloped to finish a solid 6th. She will have come on for the experience and we will switch to a more galloping track for her next start.

ARIA ROSE A few days later Aria Rose lined up on his chase debut at Bangor on 12th July. He had 3 promising runs in the Autumn over hurdles, we felt that he was well handicapped and he had been schooling well at home. He got a bump at the first fence which meant that he got very lit up and sadly didn’t give himself a chance to get home. He jumped very well though and at the fourth last it looked like he had every chance before getting very tired. We will freshen him up now and look for a similar opportunity. 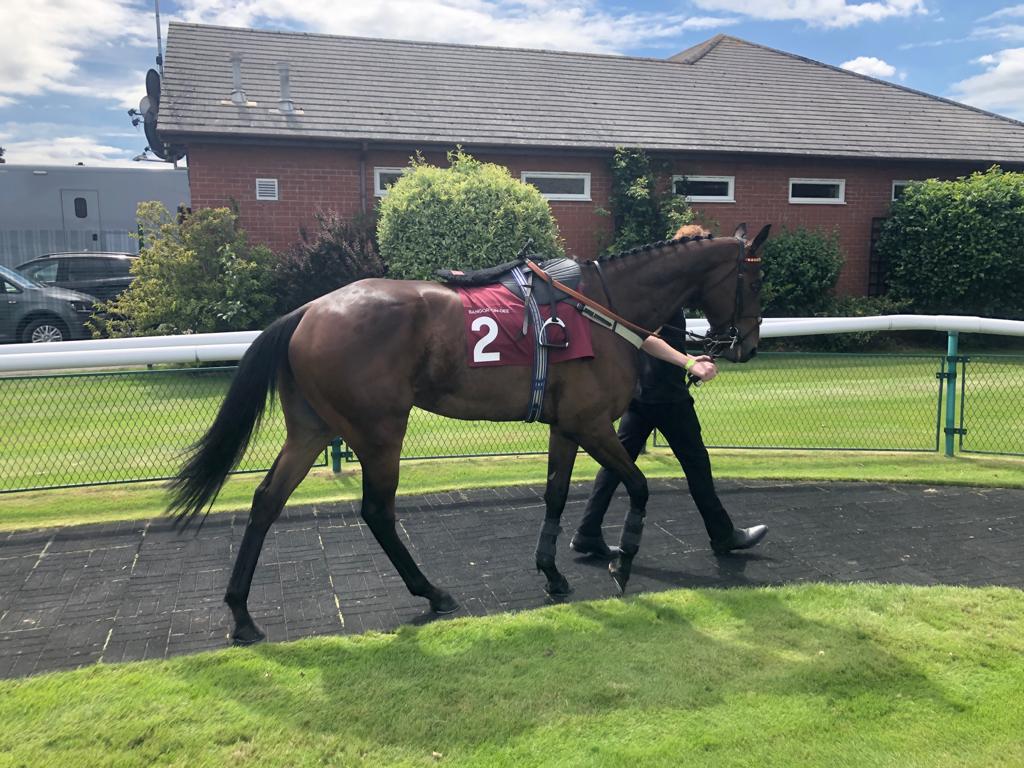 NEVERBEEN TO PARIS Neverbeen To Paris lined up for the first time in 9 months over hurdles at Bangor on 12th July. The race looked a competitive one and he was a bit ring rusty at the start. We were further back than we wanted to be but once he warmed to the task he looked to have every chance, particularly when turning in, having made up a lot of ground round the outside. The two leaders kicked on and he came in to finish a solid 3rd. He has been schooling very well over fences since is declared in a novice chase at Newton Abbot this evening. 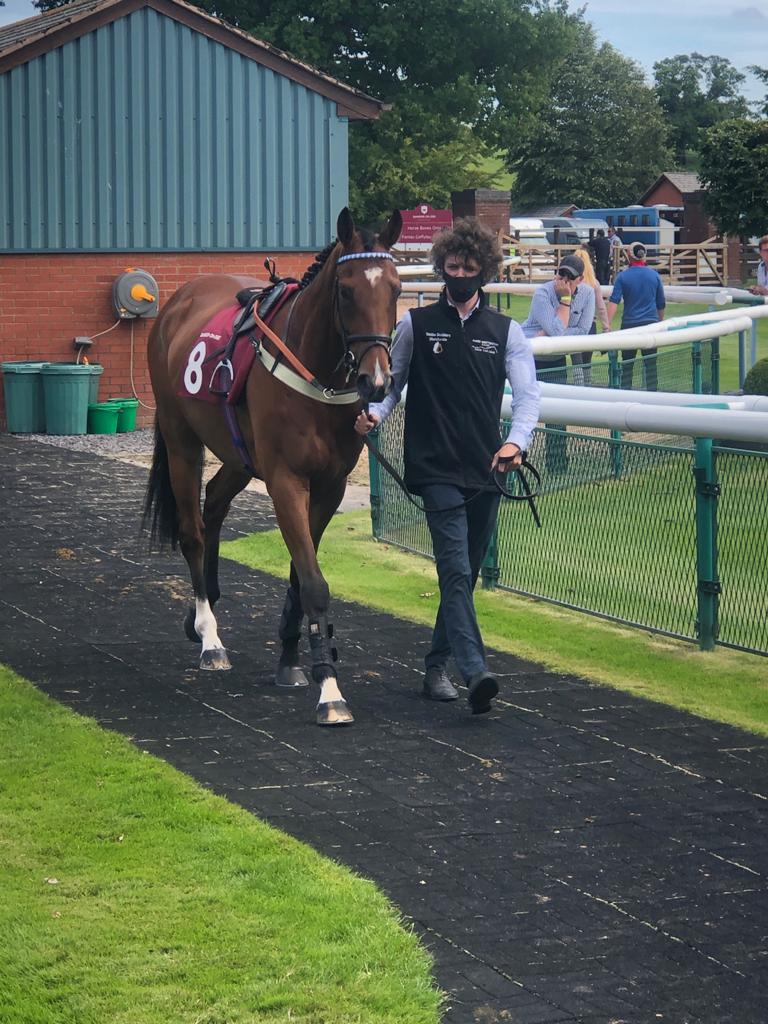 MEDALLA DE ORO Medalla De Oro lined up in a novice hurdle as a very short price favourite at Southwell on 14th July. It looked a great winning opportunity for him, but unfortunately it didn’t work out that way. There was a tearaway that went off in front from the start and we weren’t able to make our usual running. He didn’t jump so well this time which did cost us, and having picked up the tearaway in the home straight, we got beaten by a horse that sat off the pace. We will freshen him up now and look for a similar opportunity over some more conventional hurdles in about 2-3 weeks time. ARCADIAN SPRING Arcadian Spring made his hurdles debut at Uttoxeter on 16th July. Having run in two bumpers in the Autumn he has taken a long time to come to hand, but had been schooling extremely well at home. We decided to run him over three miles for the first time and he jumped well for the first half the race. Once had made a mistake he then sadly lost his confidence with his jumping. Turning in he looked to have every chance but he just got tired from the back of the second last. He is a slow maturing horse and we will drop him back to 2 and half miles next time, where hopefully he can take another step forward. WATERLEFE GETAWAY Waterlefe Getaway made her debut in the bumper at Uttoxeter on 16th July. She has a nice pedigree being by Getaway who seems to do well with his fillies and we were looking forward to getting her out on a racecourse for the first time. She lined up on the outside with a bit of room and was very green for most of the race. Gavin gave her a bit of a reminder as they turned into the home straight, and she shot forwards from 5th or 6th position to 1st in a matter of strides. She was very green in front and the eventual winner was able to come past her. She finished a very good 2nd and will come on a huge amount for the experience. She will run again in a bumper in 5 or 6 weeks time. She seems to appreciate the good ground. 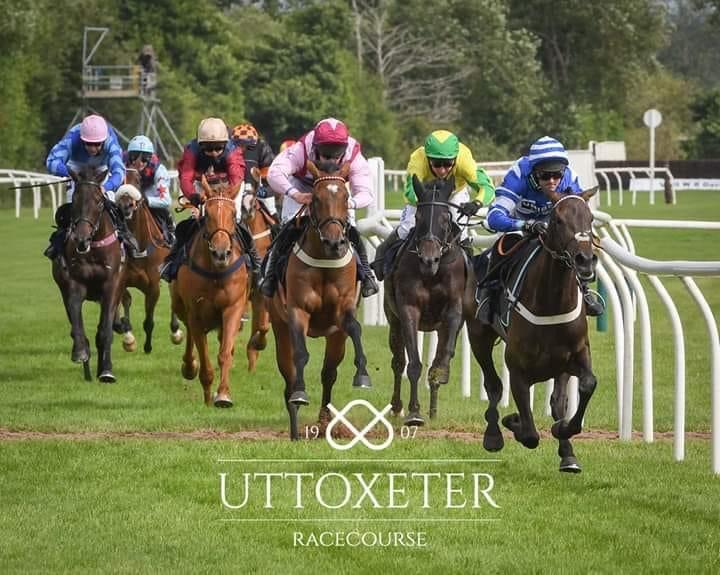 SHAFFIRE Shaffire has been in good form of late having won and finished 2nd in her last 2 starts. She lined up at Sandown on Tuesday in a better race but we felt the stronger pace would suit her well, and she would be able to have that to aim at. However on this occasion she broke very sharply which meant she was further forward than we would have liked her to be, with too much daylight. She was then in the wrong position the whole way round, and once she got headed she just she came home at one pace. She will go back to Sandown on 2nd August and hopefully we can tuck in this time and ride her the way like she likes to be ridden. 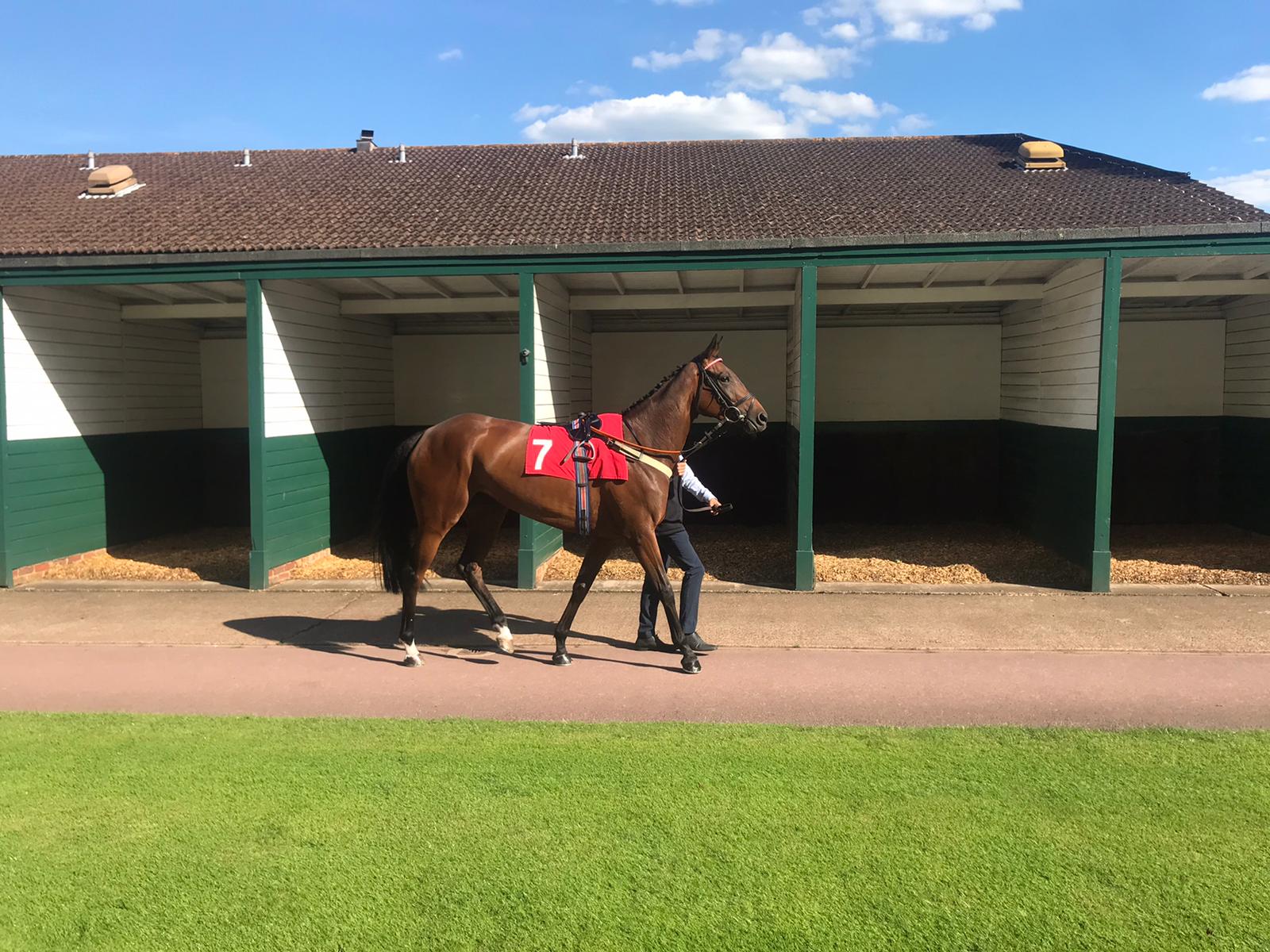 SIROBBIE Sirobbie lined up in his first chase at Uttoxeter yesterday. He had been schooling really well over fences at home and obviously is a huge fan of the track. It was only a four runner race and there was plenty of pace on, so Gavin decided to take a lead. He was a little bit slow over the first couple of fences which meant that we were further back than we wanted to be, but at half way he started to make up a bit of ground and his jumping improved. Turning in he looked to be getting into it and the leaders were coming back to him. A good jump at the second last meant that he was in strong contention but he then got in a bit tight to the last and ended up coming home in second. It was a fair debut and he looks to have a future over fences, so we look forward to running him again before too long. 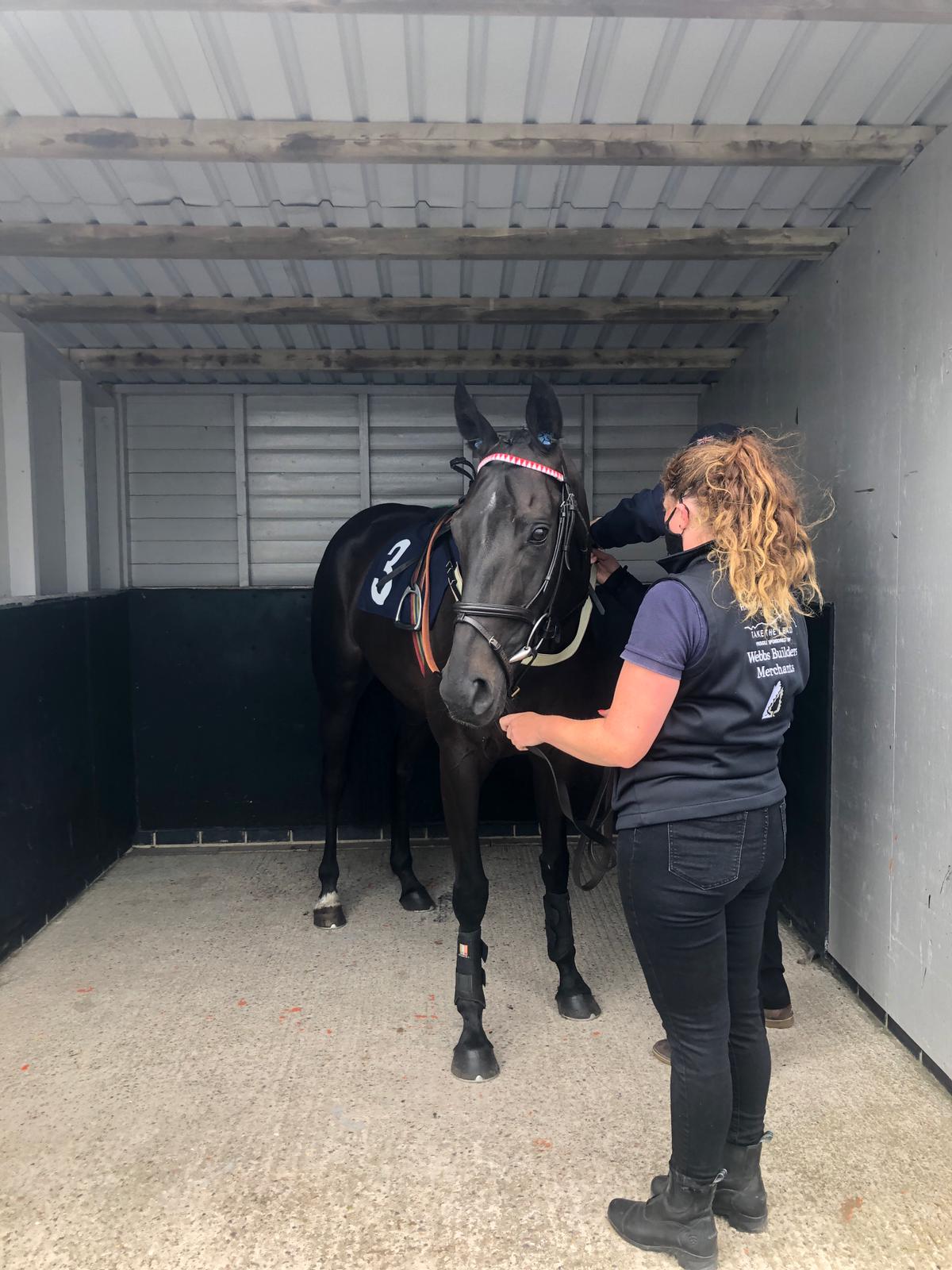 ENTRIES LANTIERN Lantiern holds a number of entries over fences next week at Cartmel,Bangor and Southwell, and will pick the best opportunity for him. He has been in good form since running with plenty of credit on his chase debut. We are looking forward to seeing what he can do off a mark of 118. And we've decided to drop him back to 2 miles as he showed a lot of pace last time, so this trip should suit him better. 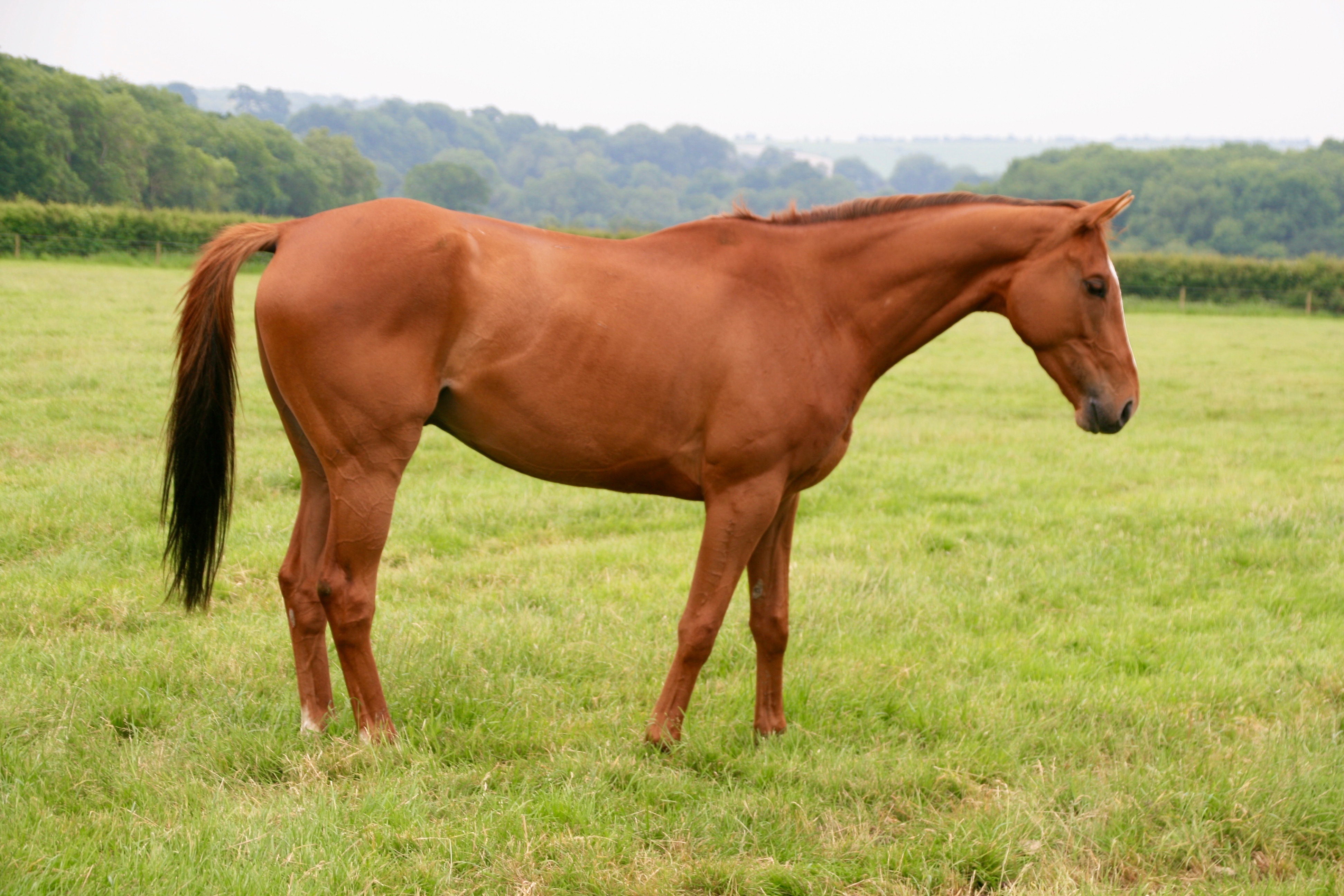