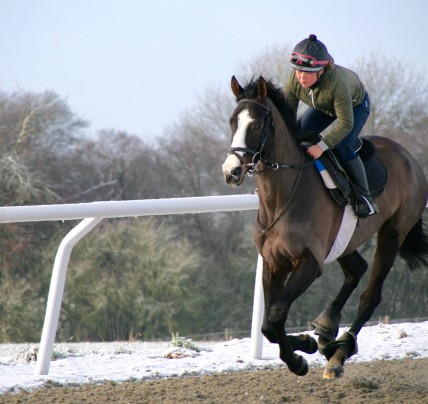 OVER THE IRISH SEA

THIS WEEK The snow has returned and with more on the way all plans to go racing are on hold.  We have a couple of reports on runners across the country this week most notably a win up at Newcastle on Monday which has warmed spirits in an otherwise Siberian camp at Hill Barn!  Just the one runner looking to go ahead this weekend across the water at The Dublin Racing Festival tomorrow, fingers crossed for another strong performance from our stable star... 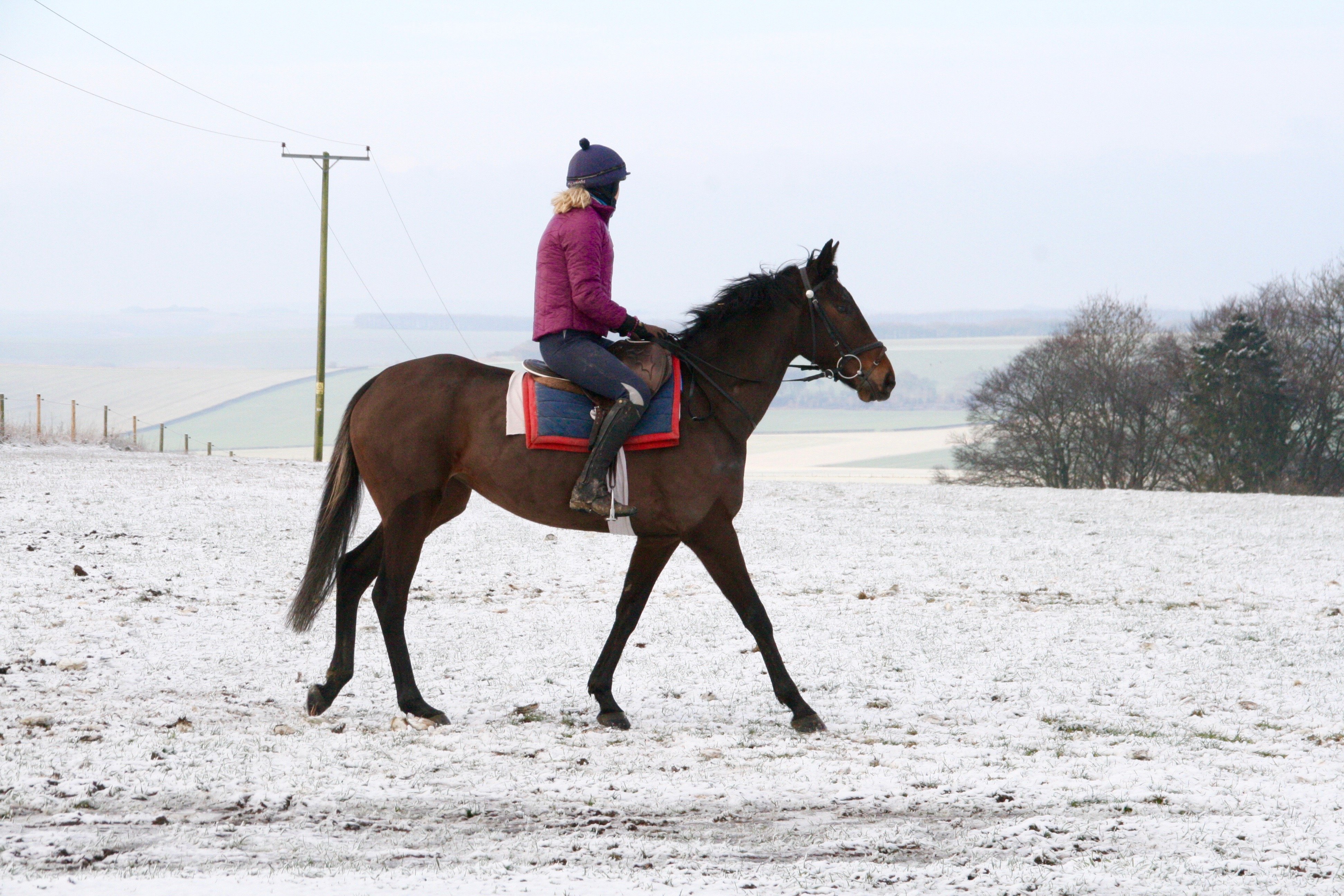 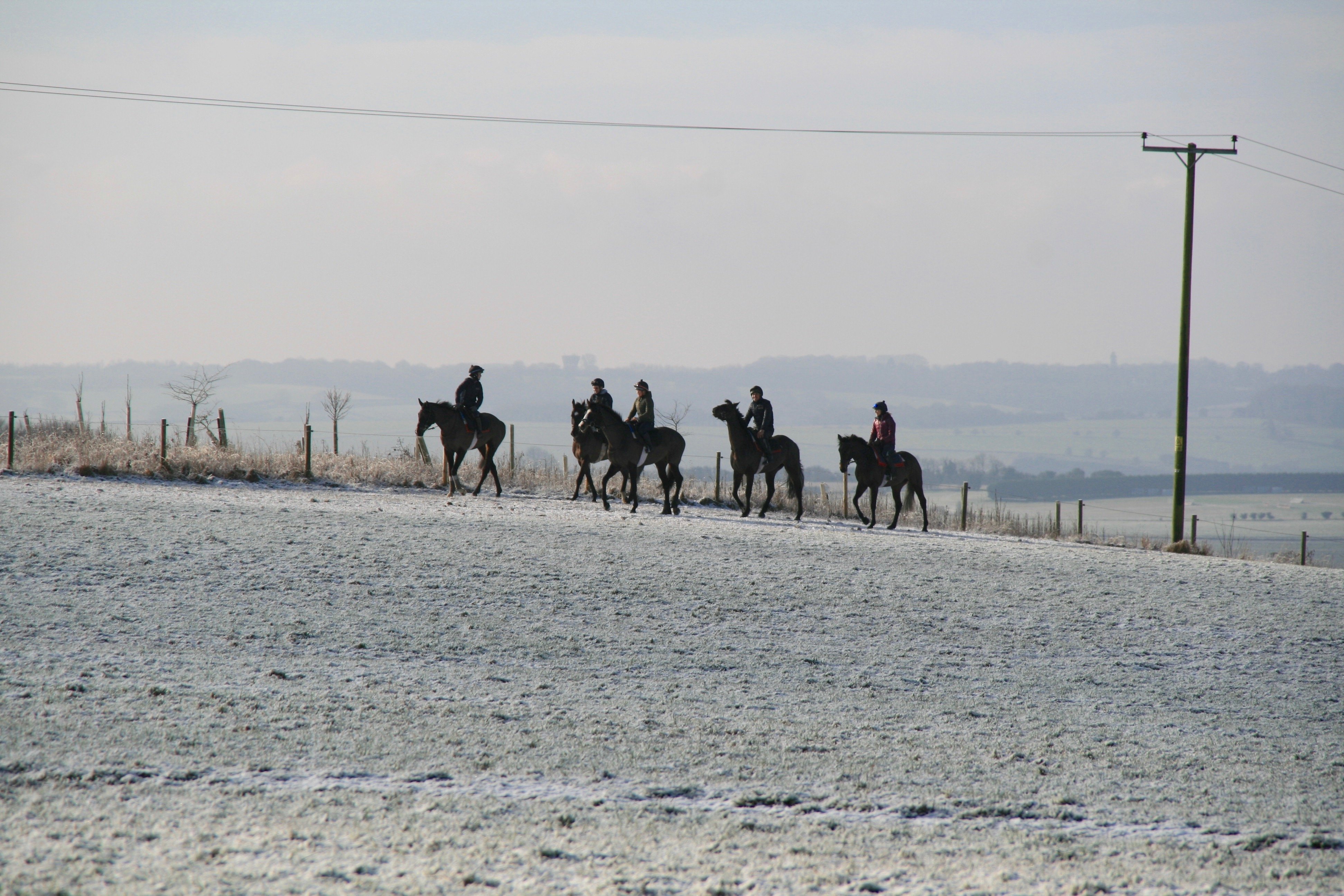 REPORTS COURT LIABILITY Court Liability finished fourth in the Pertemps qualifier at Huntingdon on Friday.  He was unbeaten going into the race, winning very nicely at Musselburgh over the extended trip last time out.  Although a big step up in class the race looked a good opportunity for him on paper.  Court jumped off in his usual handy position but due to a lack of initial pace the first half of the race was run at a very sedate gallop.  As the race pace developed it was noticeable he wasn't travelling and jumping with his usual zest. Turning into the straight he was beaten and stayed on the same pace to finish 4th.  He is qualified for the stayers series final bonus at Haydock in April which will now be his target. DJIN CONTI Djin Conti ran in the 3 mile handicap hurdle at Doncaster on Friday.  The race looked a good opportunity for him on paper and having run a solid race last time out in cheekpieces being held up we took the view to adopt the same tactics.  Unfortunately he got very lit up over the first half mile which he paid the price for in the latter stages despite arriving at the second last with every chance.  He will either go for another hurdle race next or start off over fences. DARA'S PRESENT Dara's Present ran in the Maiden hurdle at Uttoxeter on Saturday over 1m7f to finish 6th.  Having been very keen on his first start for nearly two years the drop back to two miles helped him settle.  He was outpaced when the race developed but stayed on well to finish where he did in 6th.  He has a new mark of 105 and will now start off in a novice handicap chase. CAROLE'S VIGILANTE Carole’s Vigilante ran on the same card at Uttoxeter last Saturday.  Having run a nice race on debut over fences at Ffos Las last time out we were hopeful for further improvement.  He jumped and travelled well on that occasion until getting tired which you might expect on a first run for a long time.  We were hoping for a step forward here on what looked a good opportunity on paper.  He jumped and travelled well for the first half of the race but having made a bad mistake at the 10th he struggled to keep up with the field for the rest of the race. We will freshen him up and look to run him back around a more conventional track next time out. THE KINGS BABY The Kings Baby unfortunately fell in the Mares' Chase on the same card at Uttoxeter on Saturday.  She was in cracking form at home and had been training very well since her wind operation so we were really looking forward to running her.  She was the pick of the paddock walking around beforehand with great enthusiasm.  She jumped and travelled almost too well and having had the field on the stretch sadly fell at the 11th when seemingly going extremely well.   She is quite sore from the fall so once she is back to full health, we will most likely look for a hurdle race to get her confidence back. ZANZI WIN Zanziwin lined up in what looked a hot Juvenile contest at Ludlow on Monday.  He settled nicely and jumped well until the pace quickened where he looked to come under pressure.  He stayed on to finish 4th having looked outpaced.  Gavin reported that he was making a noise and so he will go for a wind op before his next start. GENIUS Genius had his second start over hurdles at Ludlow on Monday.  On debut he finished third to a useful sort at Taunton and this race looked a good opportunity on paper for him.  Having been a bit keen in the early stages he came off the bridle too early to be in the mix.  He stayed on to finish 4th so hopefully he will get a mark now and we can place him in handicaps moving forwards. SPEEDY CARGO Speedy Cargo ran over 3 miles on his handicap debut at Newcastle on Monday.  He jumped and travelled really well throughout the race appreciating the step up in trip.  The ground came up soft enough for him and having looked to have every chance turning into the straight he plugged on at the same pace to finish 6th.  He is crying out for a fence, so we will take in one more hurdle race in March before looking at a novice handicap chase in May. ROUGE VIF Rouge Vif travelled up to Newcastle to run in a 2 mile novice hurdle under a penalty on Monday.  Having stood in his box last week for four days with a poisoned foot he didn’t have the best preparation.  That coupled with the ground being too soft for him, he had to brave it out here to hold on and win by a length.  He will now head for the Dovecote Grade 2 at Kempton on 23rd February 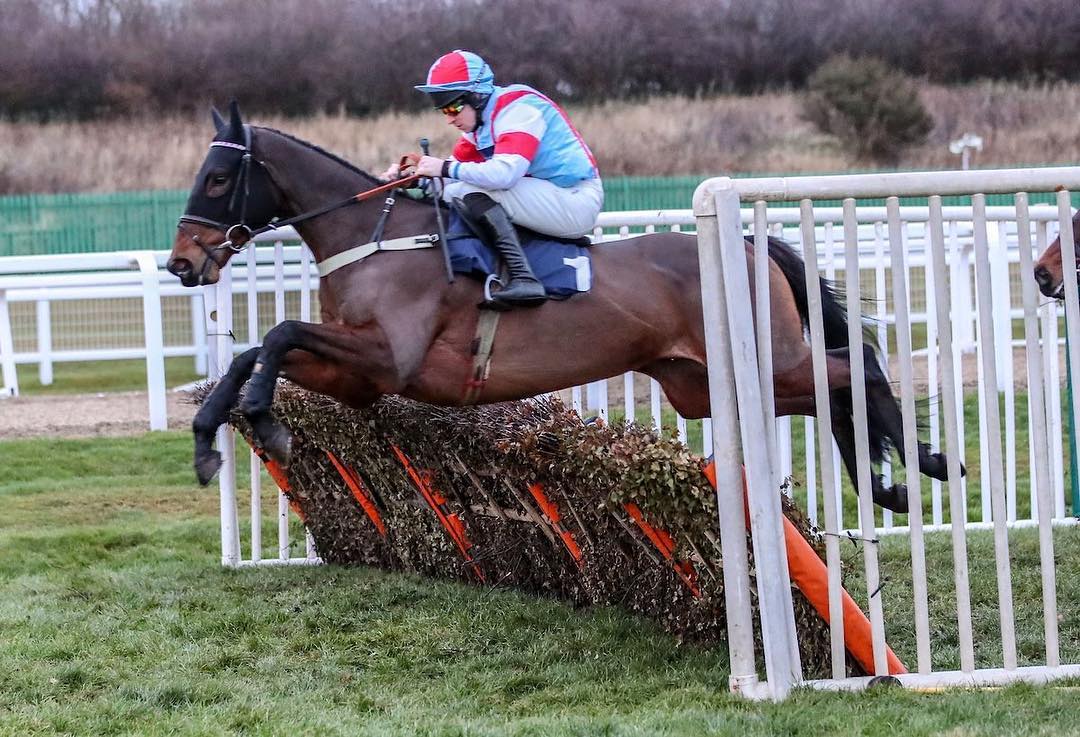 ENTRIES SAINT CALVADOS Saint Calvados has travelled over for the Grade 1 Dublin Chase at Leopardstown tomorrow afternoon.  We are delighted to be taking part in a race of this spectacle and it will be a tough test to boot.  Calvados has been in fantastic shape at home and we couldn’t be happier with him.  He has strengthened up again since the Tingle creek and we feel the better ground will be more in his favour.  The main dangers if they decide to declare will be Grade 1 winners Min, Footpad and Simply Ned.  Hopefully we can turn up and produce a performance good enough to be in the mix.  We are very much looking forward to it.