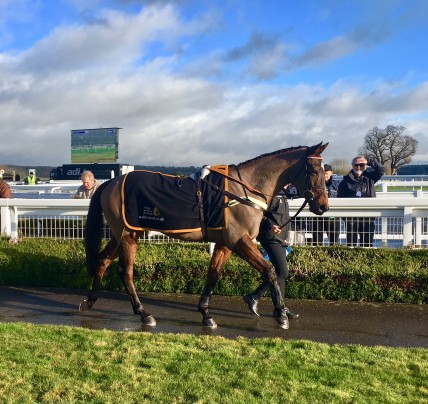 THIS WEEK   We've had a much quieter week on the whole with just the 2 runners to report.  However the work rate has now stepped up after the mid-season mini-break for most and there's plenty of entries coming up as we head into February.  Another big day has arrived for us tomorrow as Bigmartre takes his chance in one of the feature races at Doncaster so we're kicking on again...   REPORTS   Cold March produced a solid performance to finish 3rd on his debut for the yard at Taunton on Saturday.  He travelled nicely in midfield and jumped well on his return to the smaller obstacles.  Front runner Boite set a good gallop and Cold March wasn't able to get on terms.  The leader kicked on turning in and although Cold March couldn't land a blow, he stuck on well up the straight to finish 3rd.  This was a good return and he should come on for the run.   Djin Conti finished 3rd on UK debut at Taunton on Saturday.  He jumped off in a handy position under Harry Bannister and travelled powerfully in the early stages.  He took a lead for the first 4 hurdles, but found his way to the front turning out on the far side.  He led jumping 3 out, but was headed by the strong  travelling Brianstorm turning for home.  Djin got very tired in the home straight, eventually coming home in 3rd.  He showed up well for much of the contest and will appreciate a switch to some better ground next time round.   ENTRIES   The Go Tou Man is set to have his 2nd hurdle start at Huntingdon today.  He jumped and travelled well for much of his debut at Towcester and that looks a decent piece of form.  He has sharpened up for the experience and we look forward to finding out some more about him.  This will be the softest ground he's encountered yet.   Anemoi is set to make his racecourse debut at Huntingdon today.  He is an athletic son of Manduro and a half brother to Group 1 winning filly Laurens.  He is an exciting young horse, with a good mind and we can't wait to see him on the track.  1m 6f shouldn't be an issue for him.   Bigmartre is set to make his 3rd start of the season at Doncaster tomorrow.  He is 2 from 2 over fences for the yard and his Newbury win has worked out nicely, as the second horse Cyrname has won a Grade 2 since.  145 still looks to be a workable mark and although this is his toughest assignment to date, he should have a favourites chance.  He is in great form at home. Dette De Jeu holds multiple bumper entries this week and is set to make his racecourse debut.  He is a French bred 5yo by Desir d'Un Soir, who has taken time to come to hand.  He is a very genuine horse, who is now ready to take to the track.  We look forward to learning some more about him. 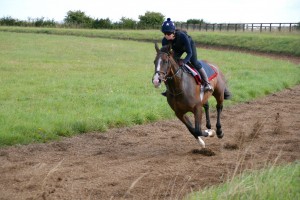 Hoke Colburn holds an entry at Newcastle on Tuesday.  He won well at Southwell last time out and the step up in trip is set to suit him.  The ground is heavy currently though and it would need to dry out for him to take his chance.