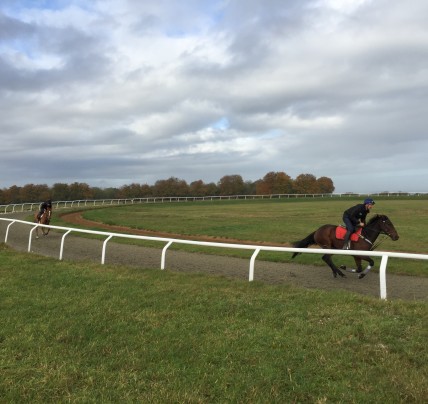 THIS WEEK With the build up to one of the seasonal highlights of the National Hunt calendar, The Ladbrokes Winter Carnival at Newbury, we are getting excited for the weekend ahead. We have two runners today at the meeting and have had plenty of success in the past, especially in the Novice Chase, winning with Arzal and Bigmartre. It really is a spectacular meeting and I could not recommend it highly enough to anyone thinking of going. You will witness some truly amazing races with some of the equine superstars strutting their stuff! The past week has been a mixed one again but it was great to finish on a high with a win coming from Stick With Bill. He is an exciting talent and yet to finish out of the first two in four career starts. Of the rest, some have run very well and some not so. A lot of this can be pointed to the unusually high amount of rainfall. The ground this season has been very soft all over the country, and with a lot of our horses being on the younger side they can sometimes find it extremely hard work. I am sure that once we have a dryer spell these runners will show improvement. Back at home, the horses have been going through the motions of their usual routines. A healthy mix of work mornings, schooling sessions and easier days to keep them fresh help keep them in peak fitness without putting them under too much pressure. Finally, congratulations to Cyrname and Lotintranslation with their very powerful performances at Ascot & Haydock respectively. Both horses look to have very exciting futures. 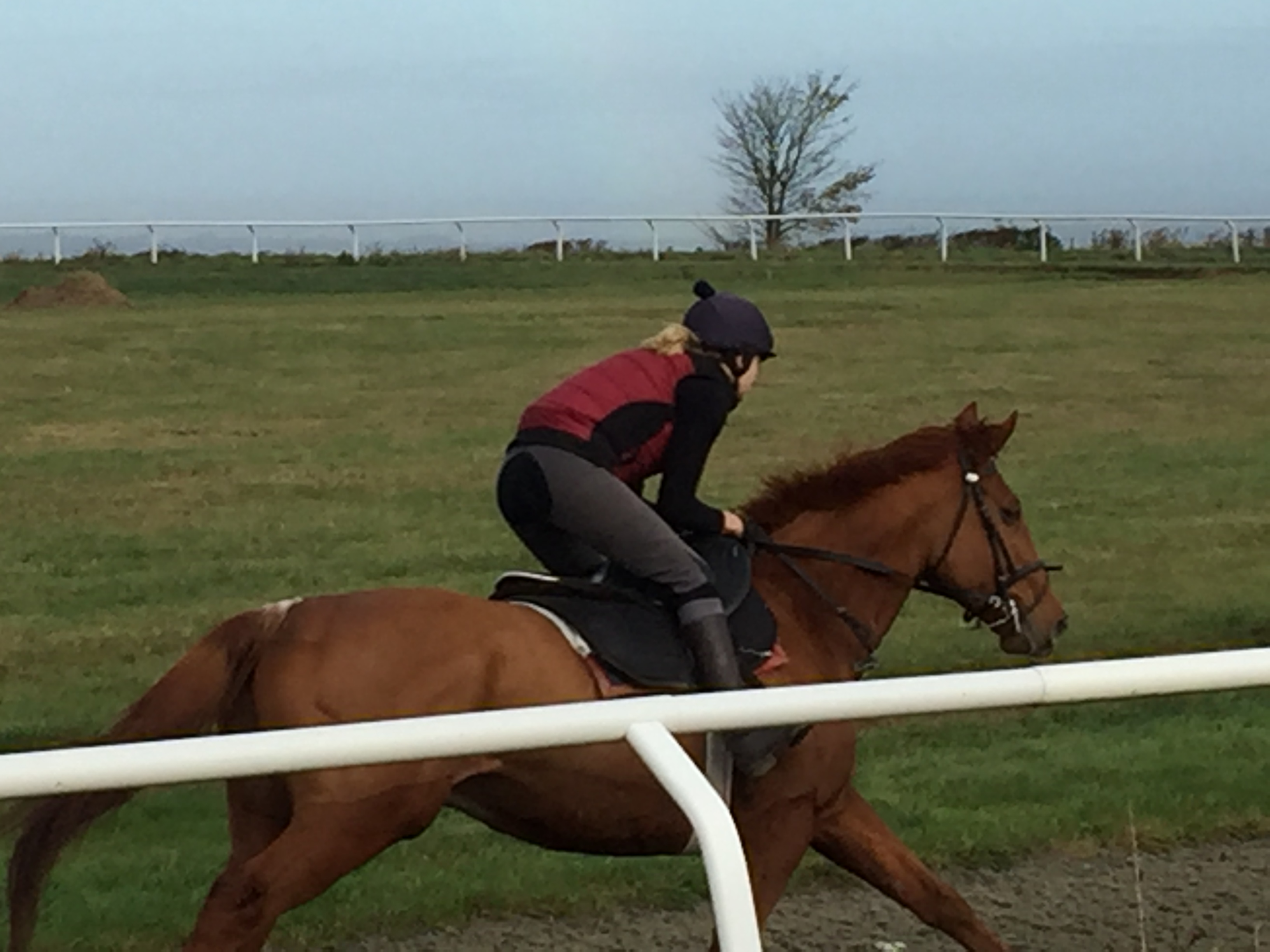 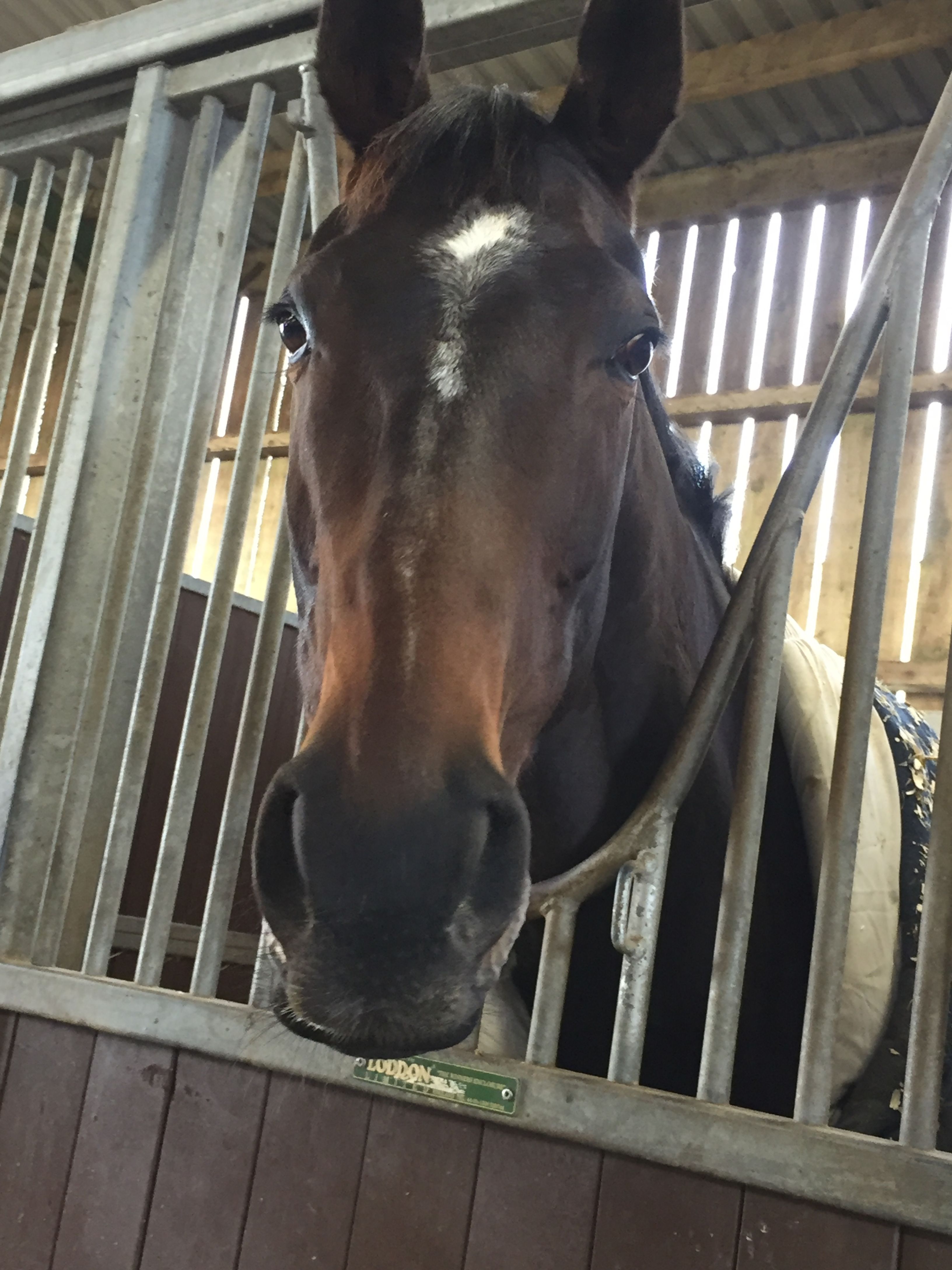 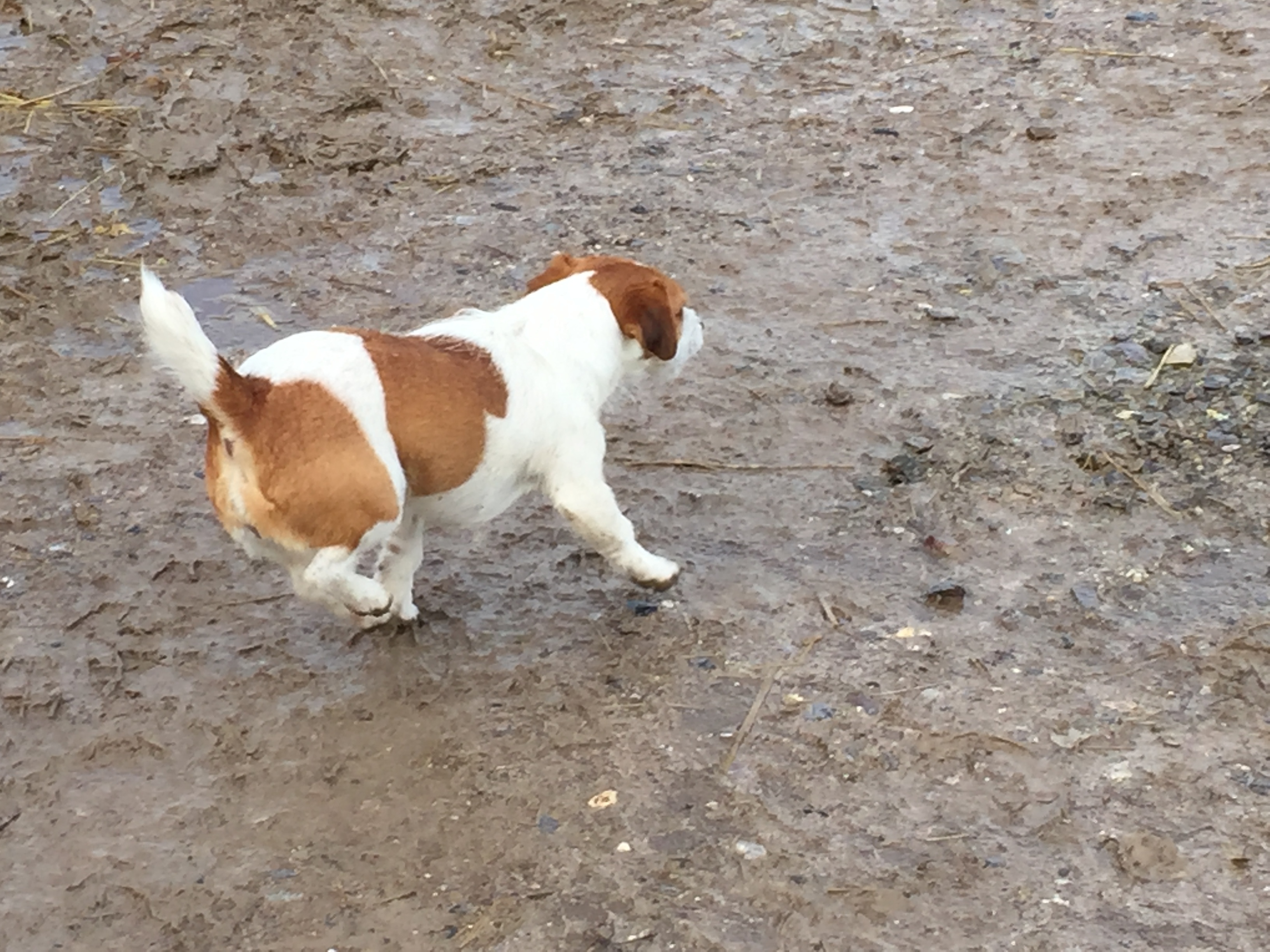 REPORTS  KLEOS Kleos headed to Catterick last Friday to run in the final race on the card, the 2m bumper. This was her second start, having shaped with some promise on debut. We felt the sharper nature of the track would suit her as last time she had finished tired. There was plenty of pace on and she travelled nicely throughout. Turning out of the back straight she made up ground and looked to have every chance. When she came off the bridle she was very one paced and plugged on. It is evident she is still on the weak side so we will get her schooling and aim to run her in a 2m mares maiden hurdle. SIROBBIE Sirobbie ran at Haydock on Saturday in the grade 3 handicap hurdle over 3m. This was his toughest assignment to date and it looked a hot race on paper but we felt he had earned his place and it was worth giving it a go. There was a lot of pace on and he found it hard to lay up. There was a faller that hampered him which gave him little chance and eventually he was pulled up. He will have a mini break now and will be brought back for a spring and a summer jumping campaign. DESIGNER DESTINY  Designer Destiny finished 2nd at Uttoxeter on Sunday in the mares novices hurdle over 2m. Having run well on debut at Newbury we were very hopeful of a big run. The race looked a good opportunity and she had a favourites chance. There was plenty of pace on and she travelled well throughout. She looked to be going extremely well but when the pace quickened, she did not pick up immediately and the leader got away from her. Once she got rolling, jumping the second last, she showed a good turn of foot. Sadly she was just denied but I would be confident of her going very close next time out on better ground. MY FRIENDLY COUSIN My Friendly Cousin made his second appearance in a bumper on Tuesday at Southwell. Having found it difficult on debut, he travelled nicely in a handy position this time round. But turning out of the back he was very one paced and lost his position rapidly, finding it very hard work in the ground. He is very much on the weak side and will need plenty of time. THE KINGS BABY  The Kings Baby headed to Hereford on Wednesday to run in the mares hurdle over 2m3f. She was returning to the smaller obstacles here after not enjoying her last run over fences. She jumped and travelled well and looked to have a good chance at half way. At the top of the hill it looked as if something was amiss and was pulled up. It was reported that she was absolutely fine but hated the ground. We will now find her another opportunity over hurdles very soon. SHEILA NASH  Sheila Nash made her debut in a bumper over 2m at Wetherby on Wednesday. Sheila has been showing plenty of ability at home and had done plenty of work. She was quite excited by the whole occasion and spent the first furlong bronking. She was given a positive ride and shaped very nicely. Turning out of the back straight she looked to have every chance but as they quickened up she showed her greenness again. She stuck to the task and ran on at the same pace. She will have learnt a huge amount for the experience and will be a different proposition next time out. STICK WITH BILL Stick With Bill won the madien hurdle over 2m4f at Ffos Las yesterday. He was making his second start in a hurdle race around a track where he has been very successful. There was no pace on so we had to make the running. He raced in a very lazy manor throughout but as the race unfolded he kept picking up. His main rival got to him at the second last and once Gavin asked him, he stretched away to win well by 2 lengths. He will now be freshened up and and we will look for other opportunities in a months time. ENTRIES  KHAGE Khage has been declared to run today at Newbury in the novices handicap chase over 2m. He is making his second start over fences having shaped with plenty of promise on debut. He has a big engine and was always going to improve for the larger obstacles. It looks a competitive race but the track and going should suit him  extremely well, so we are looking forward to running him. CAPTAIN TOMMY Captain Tommy has also been declared for Newbury today in the class 2 handicap hurdle over 3m. He ran well at Cheltenham last time out and lines up here in a similar contest. He was green at Cheltenham and he should have learnt plenty for the run. He has been in excellent form at home and hopefully he can take a step forward and run a  big race. 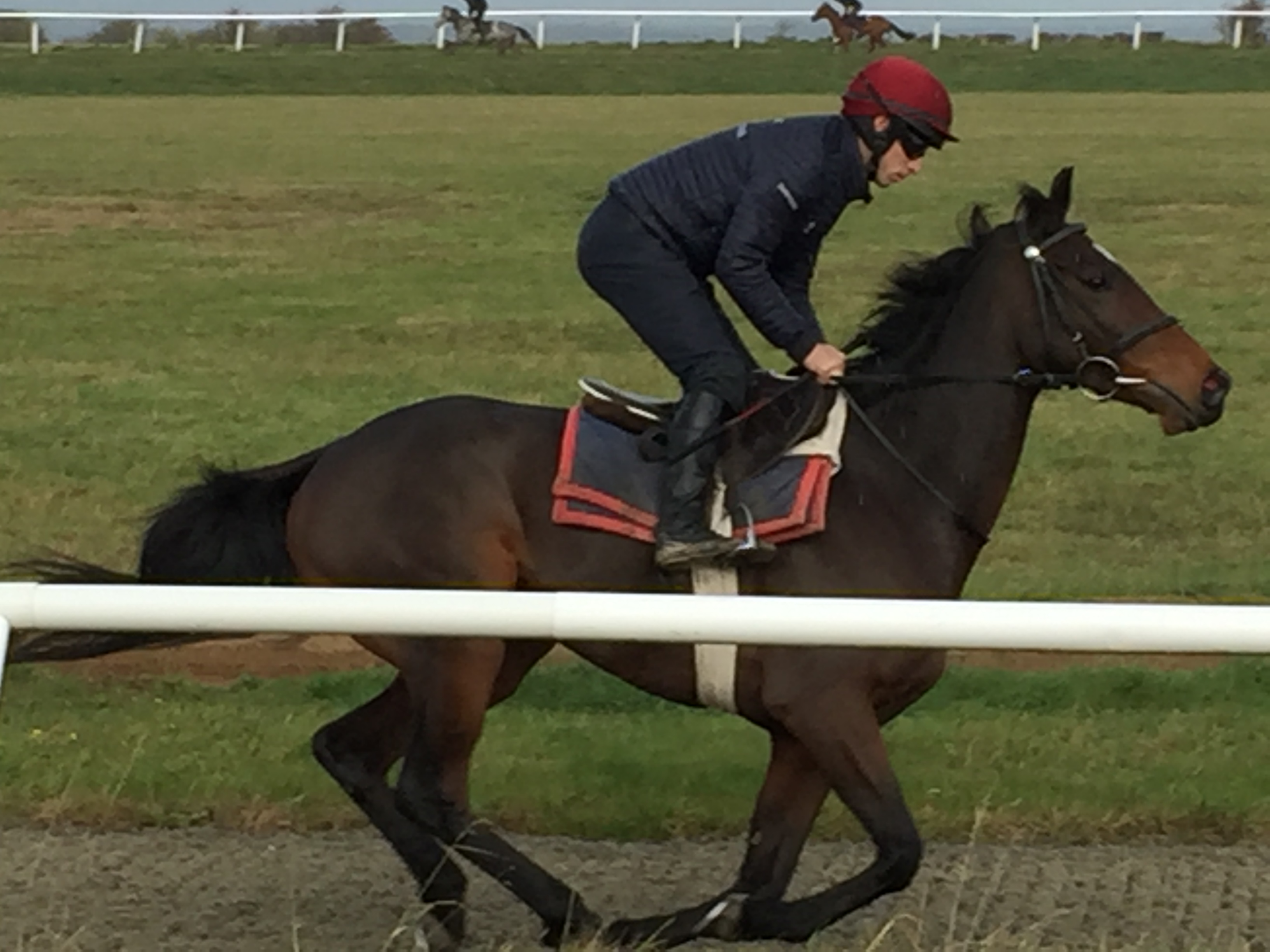 JAMMY GEORGE  Jammy George is on his way up to Newcastle to compete in tomorrows novices handicap chase over 2m7f. Last time out, he tended to jumped out to his left but stayed on very well. The extra distance and the left handed track should suit. He has been in good form at home and so we are looking forward to him running again. OVERTRUMPED Overtrumped is making her stable/Harry Whittington Racing Club debut at Southwell on Tuesday in the Maden hurdle over 2m. She is a small but tough mare and has been jumping well at home. She starts off in this maiden hurdle which is likely to be a learning experience for her. She is a very likeable mare who has a great attitude, so we are looking forward to seeing how she gets on. 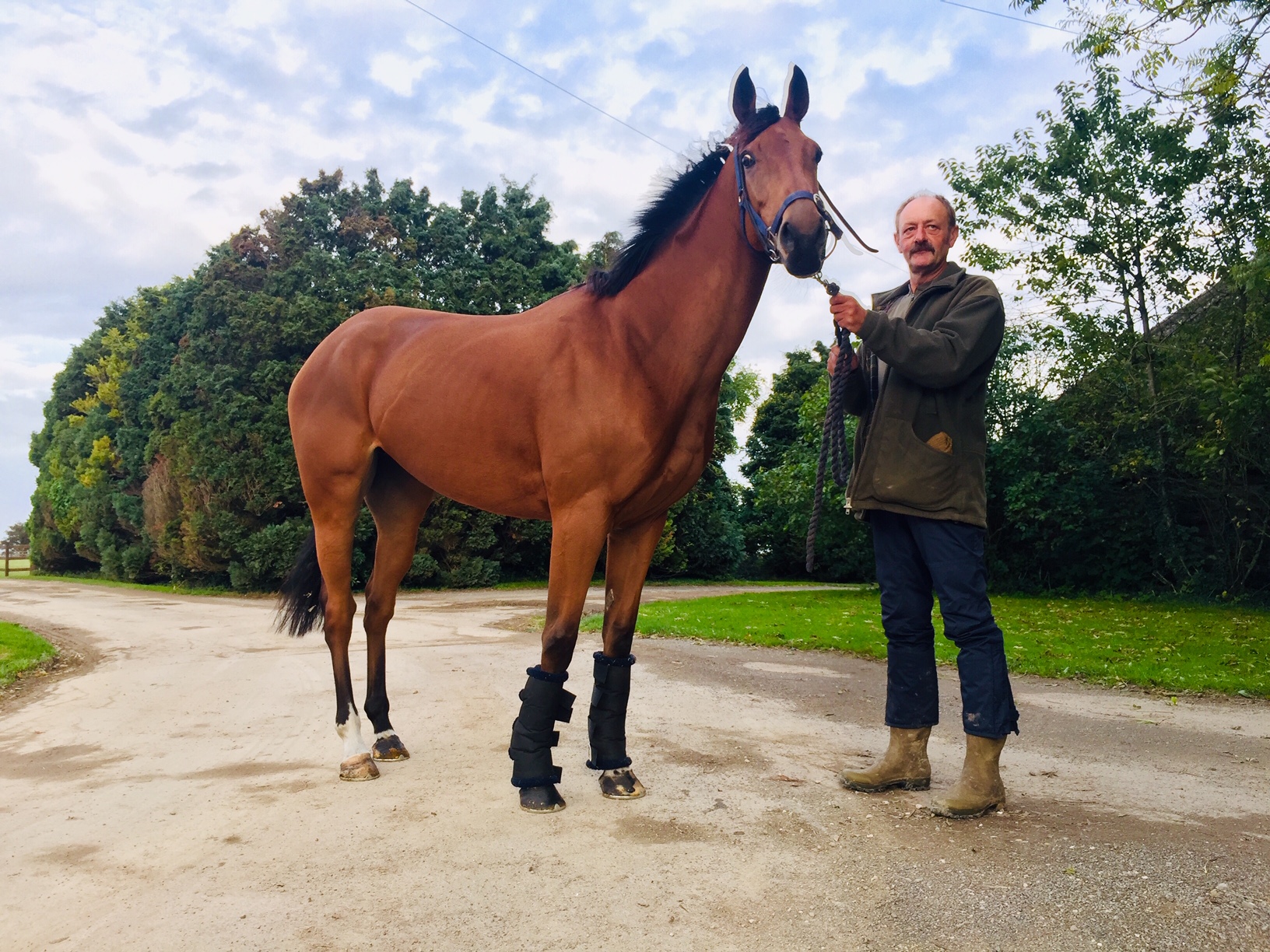 SHORE SHANTY Shore Shanty is making her debut at Ludlow on Wednesday in the mares bumper over 2m. She is nicely bred and a full sister to Henrietta Bell. She has taken a little bit of time as she just kept growing. She has been showing ability at home but she will most likely need the experience first time out. She has a good jumping pedigree so will improve in time for hurdles. DARGIANNINI Dargiannini has a few entries over the coming weeks in bumpers, one being at Market Rasen on Thursday. He is a lovely stamp of a horse with a good pedigree, being a half brother to Keeper Hill. He has shown plenty of promise at home so hopefully he will transfer this to the racecourse. Wherever he lines up, we will want to avoid the very deep ground. 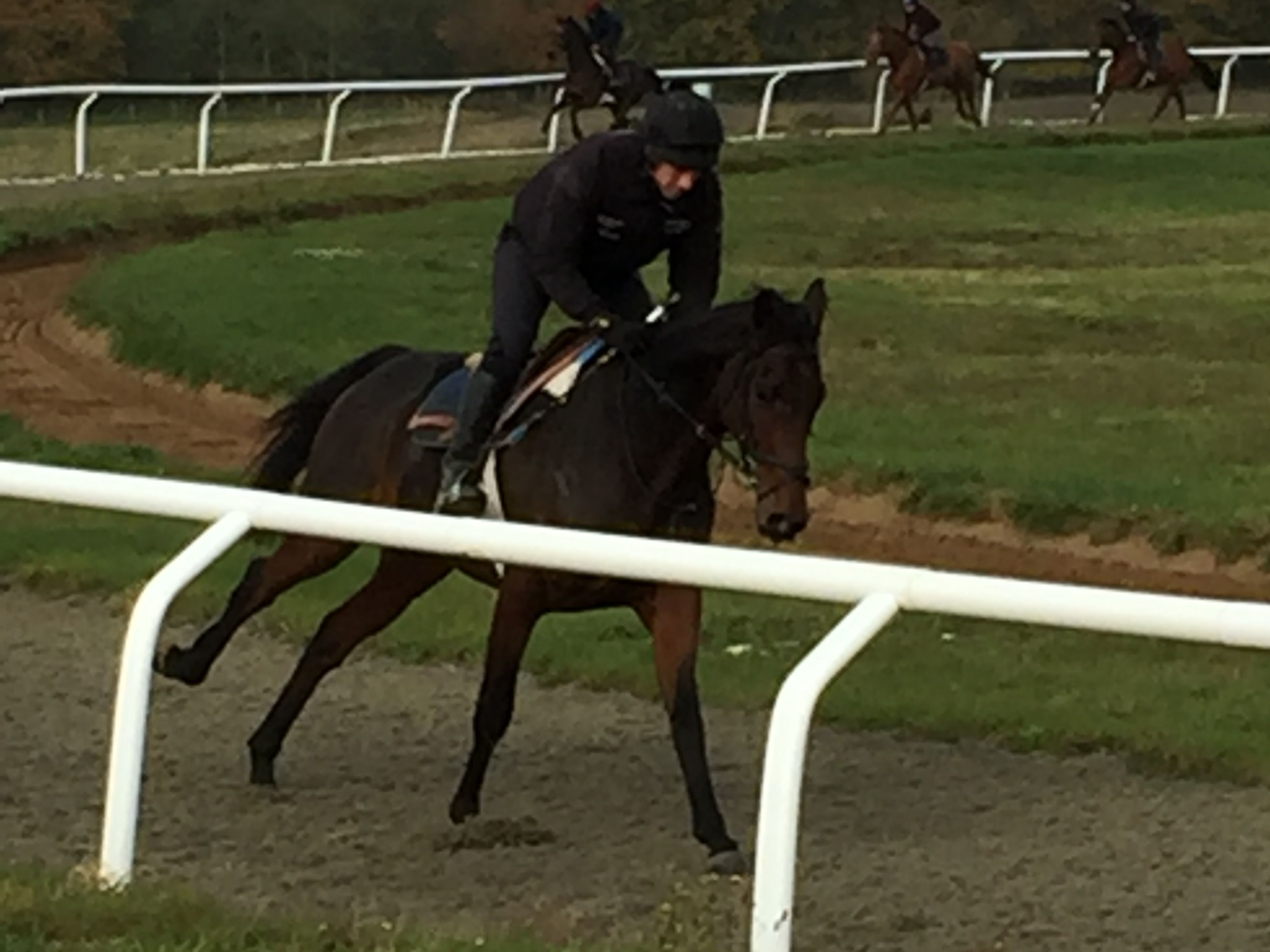 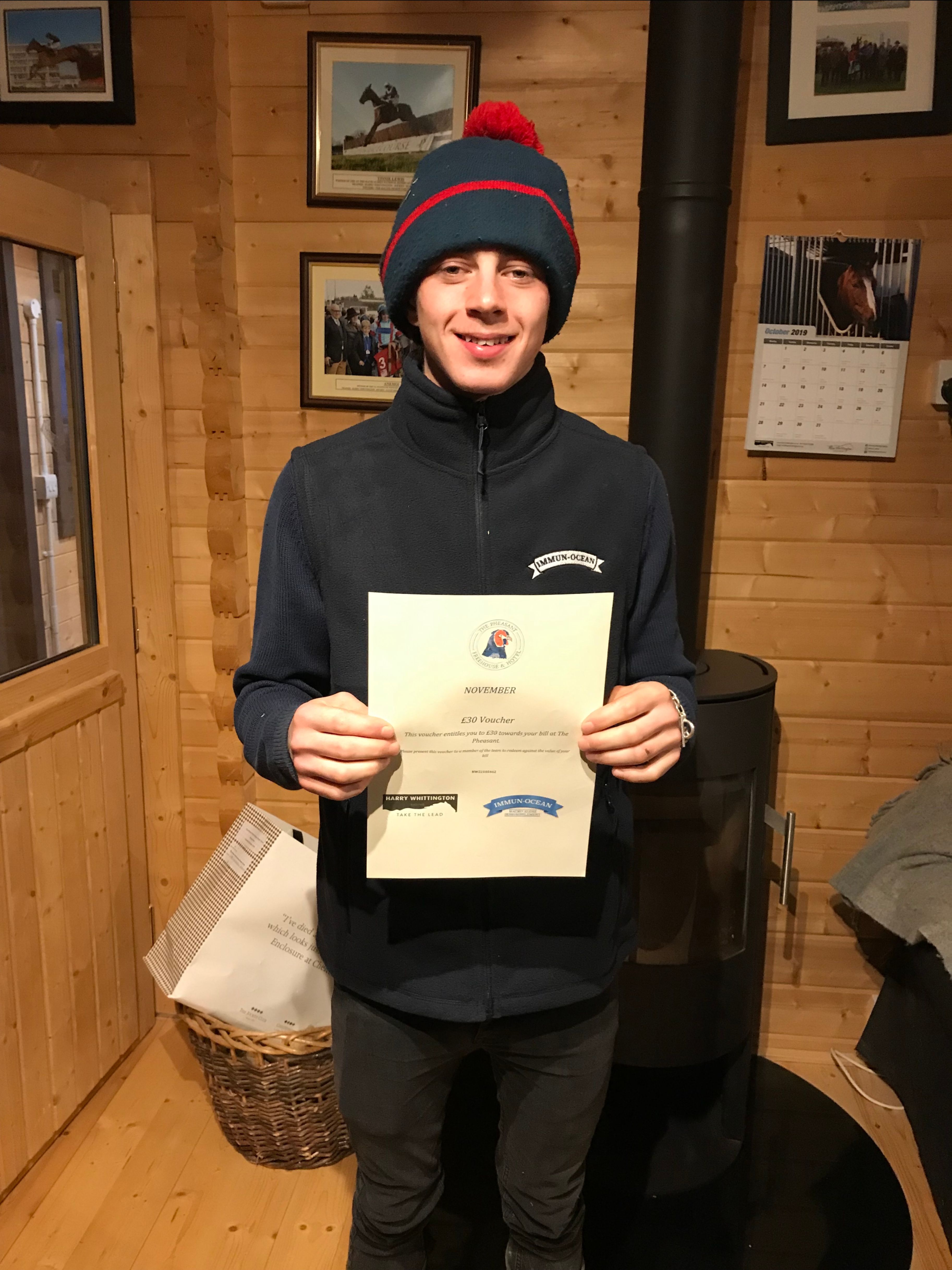