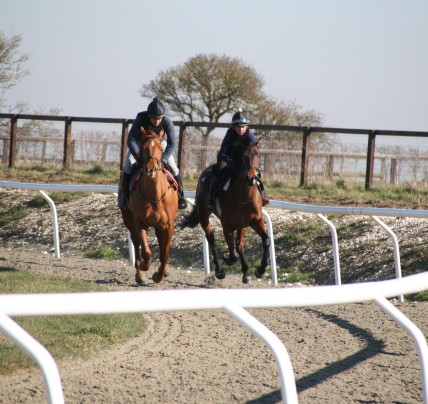 THIS WEEK Temperatures have soured this week continuing to leave conditions on the tracks unusually dry for this time of year which has therefore meant much fewer runners than we would have liked.  The heavens opened this morning but we'll need plenty more rain now for any significant change in the going.  Rouge Vif's Grade 2 engagement last weekend was unfortunately put off due to a minor set back with a bruised foot, however we have found a suitable alternative for him to line up in up at Kelso tomorrow.  Meantime back nearer home turf we have three strong contenders heading to our favourite local track, Newbury this afternoon. 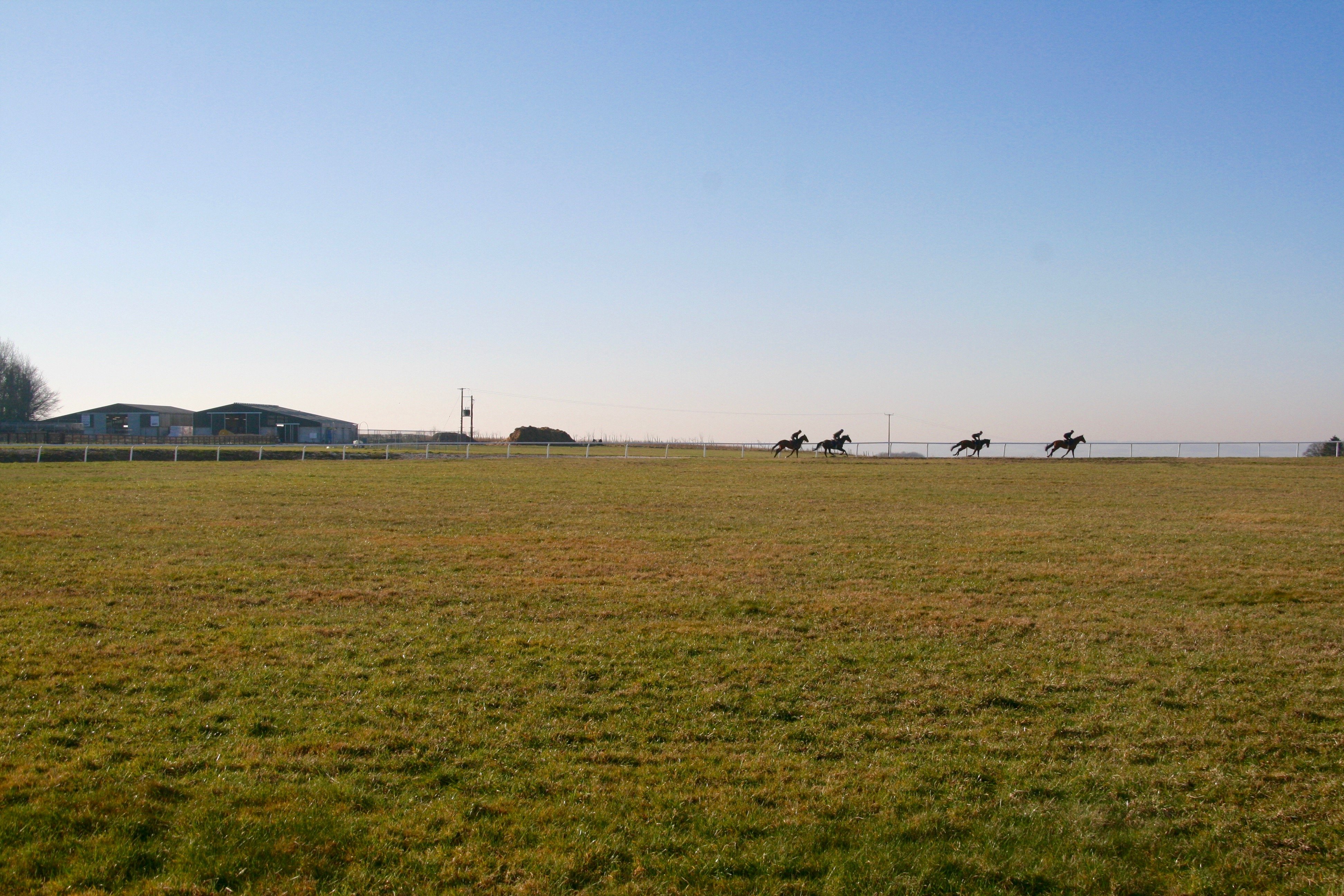 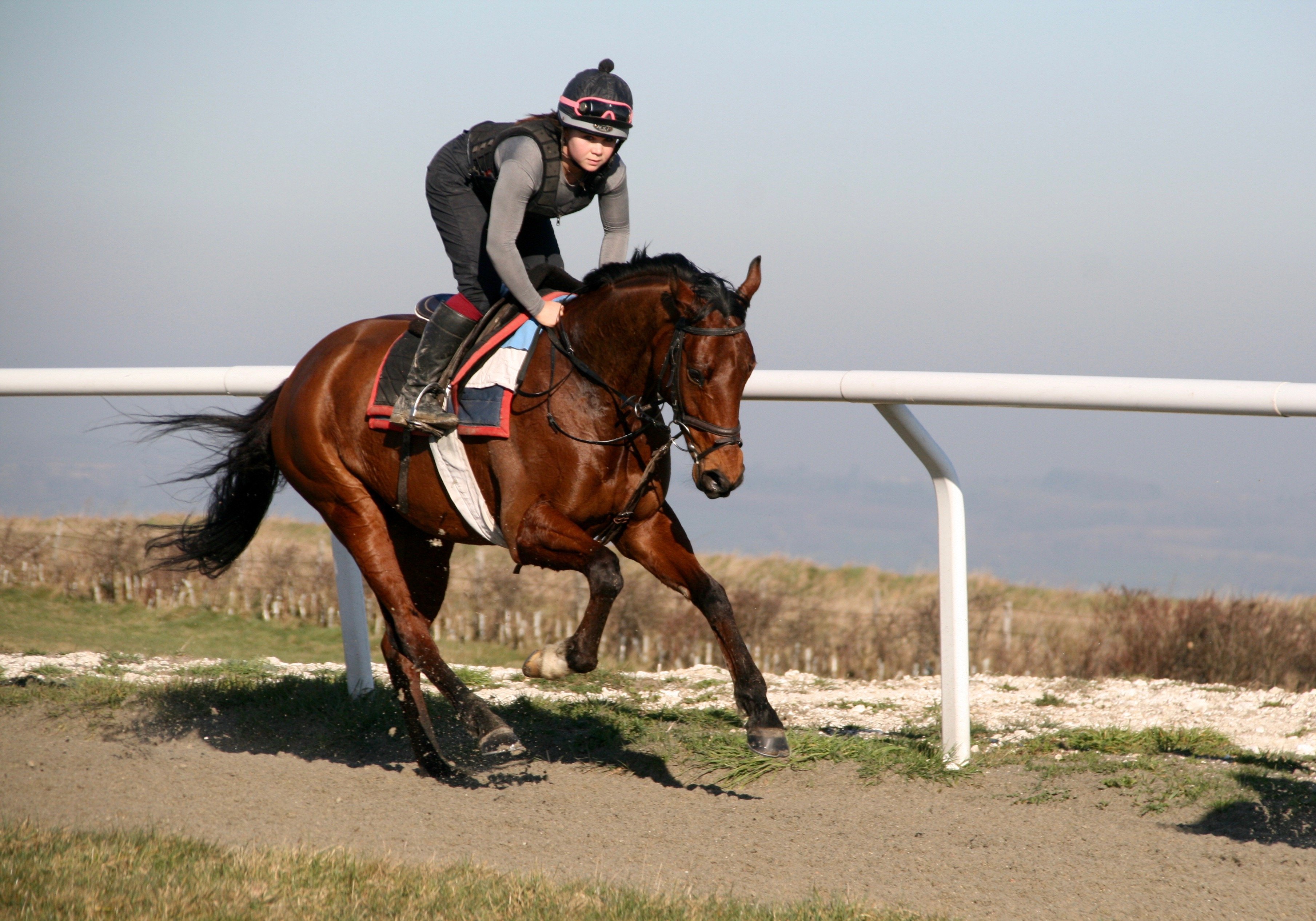 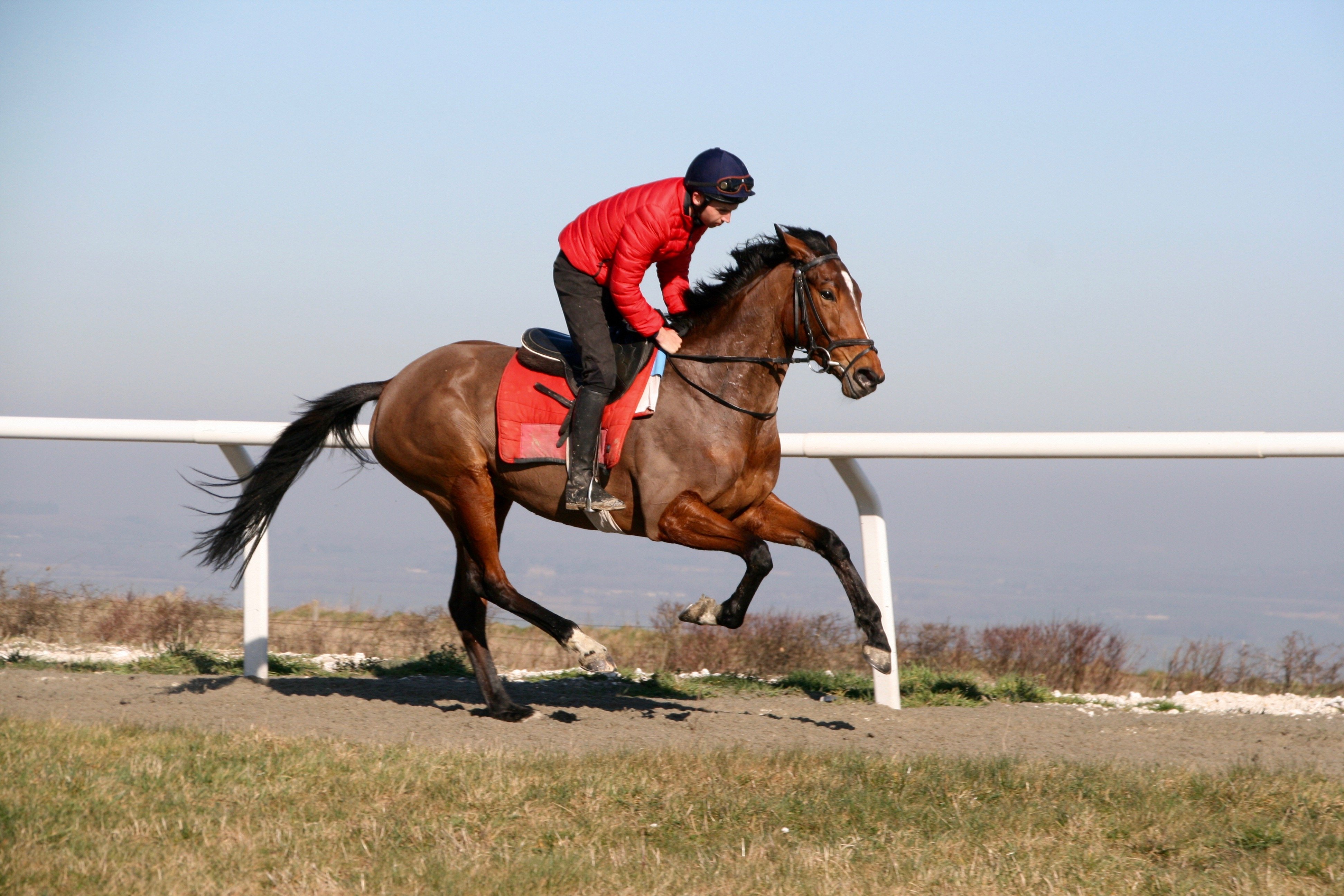 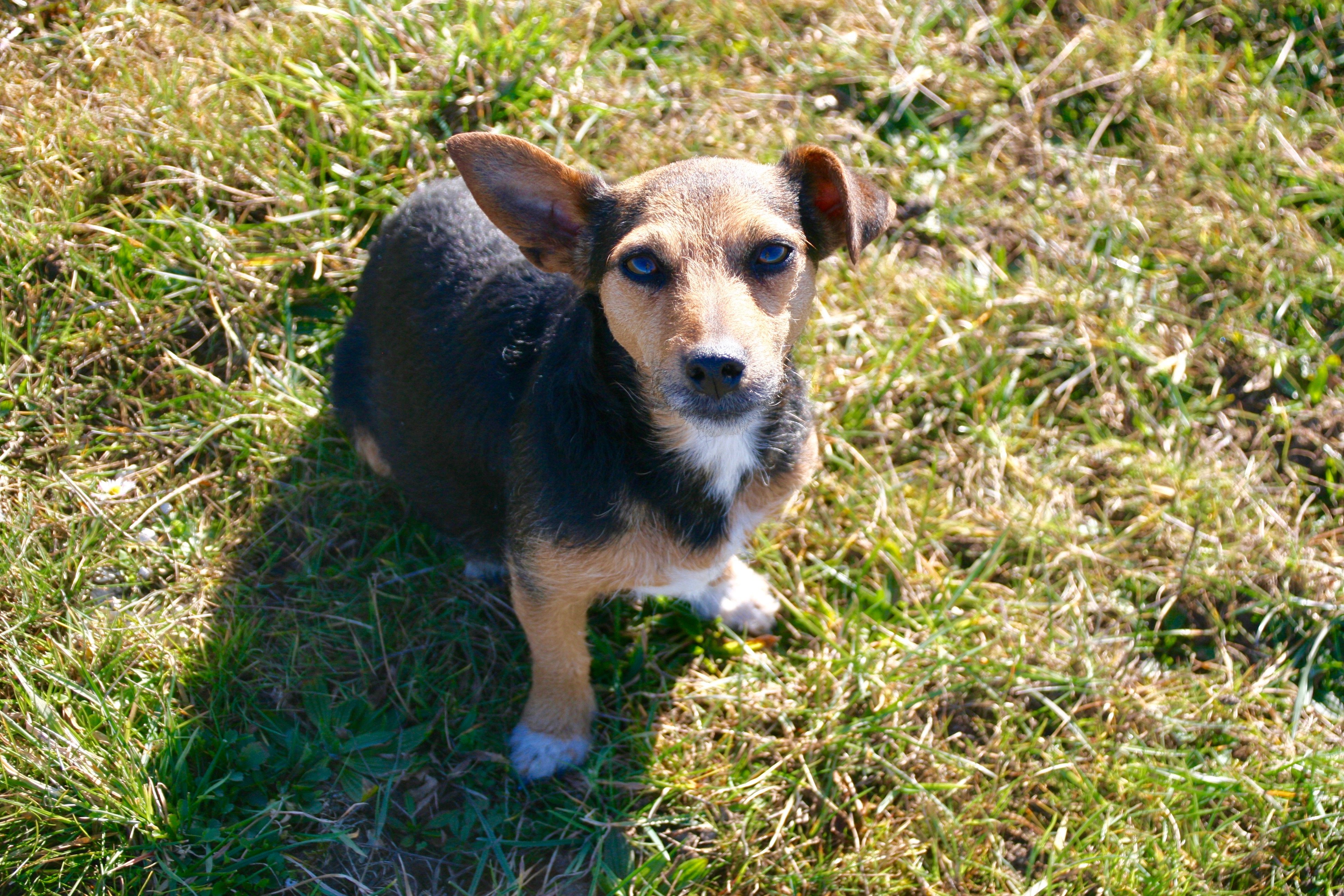 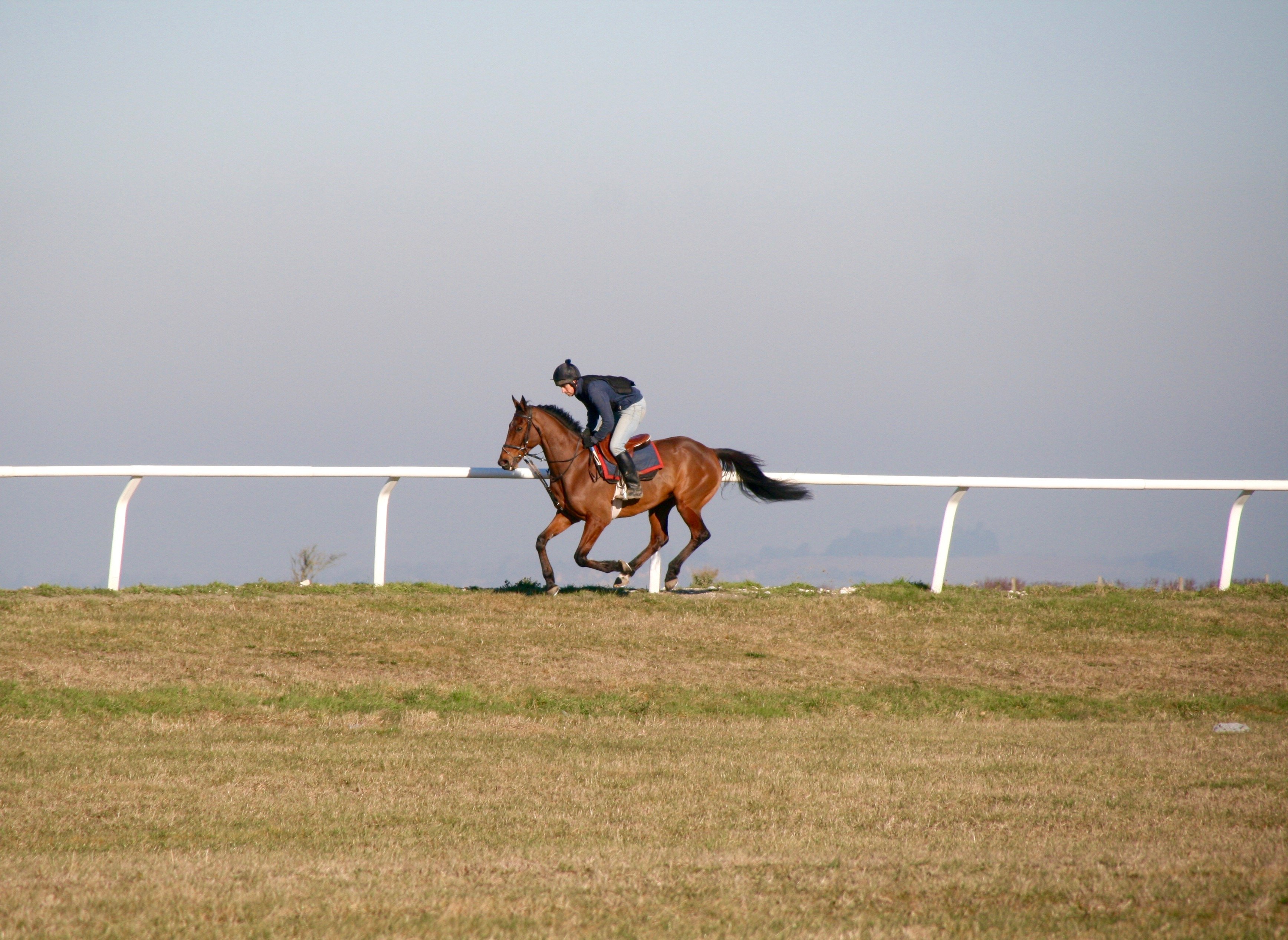 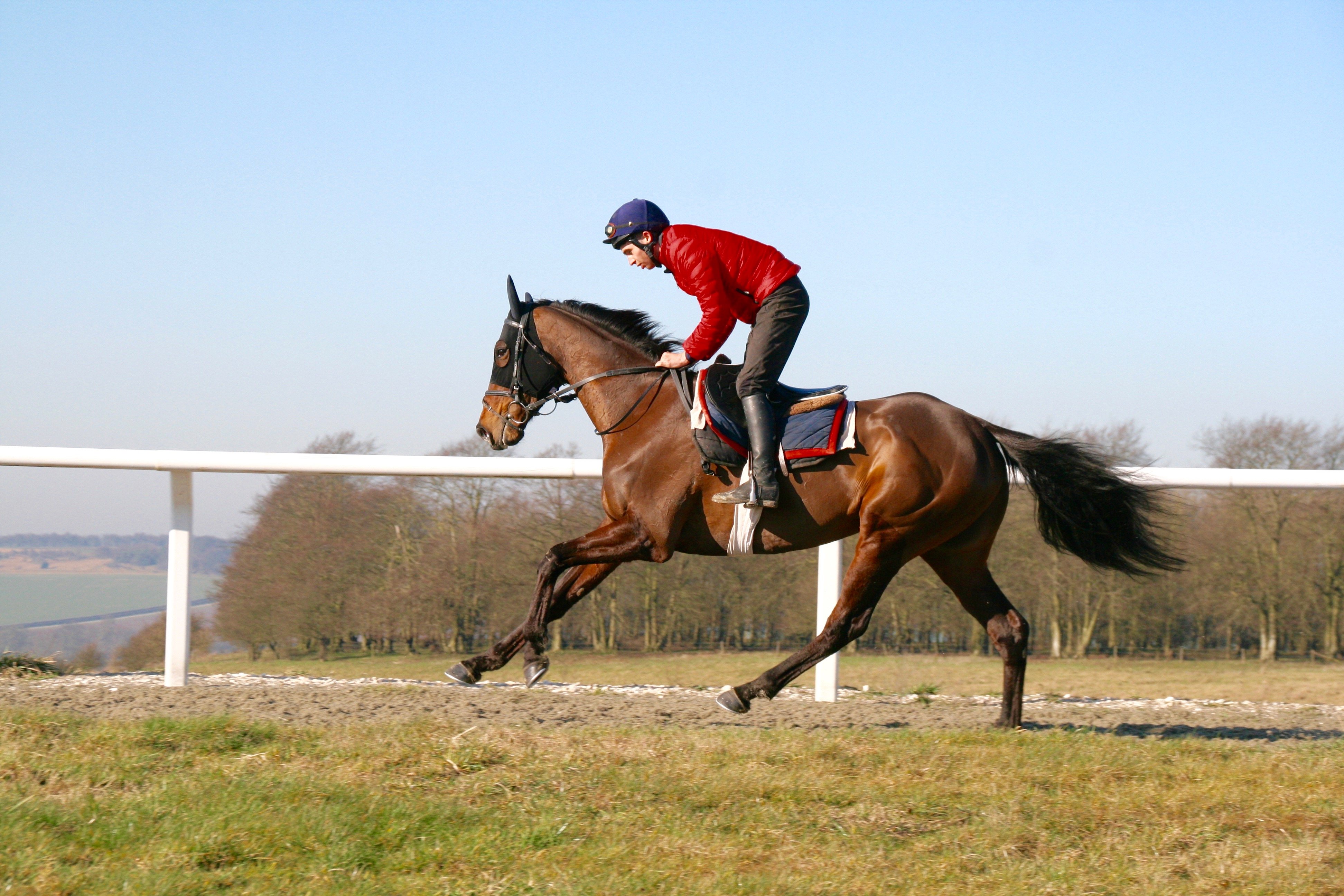 REPORTS The Kings Baby ran at Exeter last Friday in the 2m2f mares hurdle series qualifier.  Having fell last time out she ran over fences it was important that we got her confidence back over hurdles this time round.  We decided to drop her in to give her plenty of day light and give her sight of the hurdles, she was a little bit 'guessy' initially but soon warmed to the task and turning in she looked to have every chance.  When they quickened away from her in the home straight she wasn't able to go with them so stayed on at the same pace to finish 9th which meant that she just qualified for the final.  We have schooled her again this week to keep her confidence growing and she is entered at Newcastle & Exeter on Tuesday. 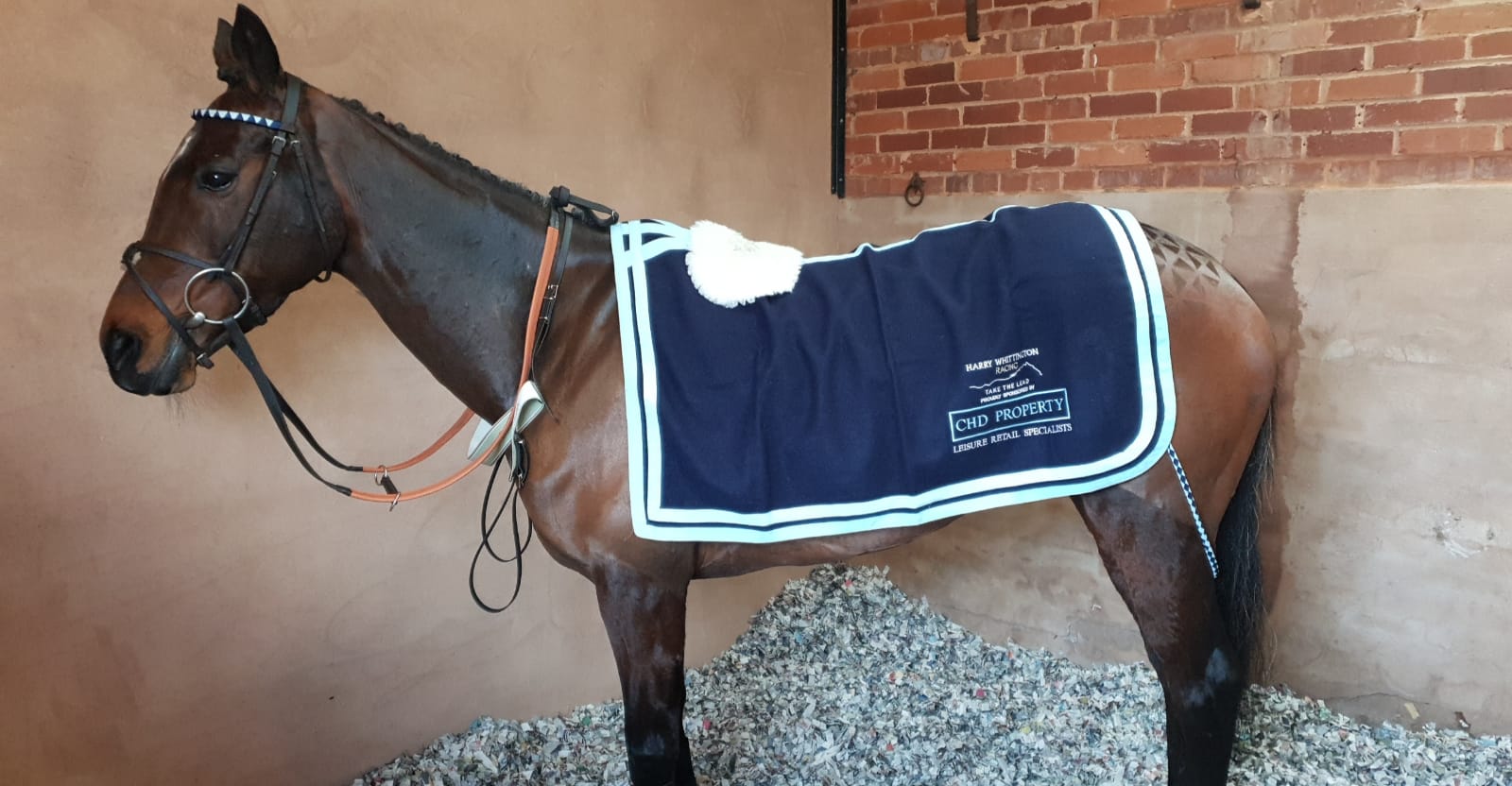 THE DUBAI WAY The Dubai Way ran at Chepstow last Saturday in the qualifier for the 2m series final.  The ground unfortunately wasn’t anywhere near soft enough for him which meant he was flat out the whole way over the 2m trip.  He stuck to the task well enough and seemed to enjoy the time out whilst he also qualified for the final.   DARA'S PRESENT Dara’s Present made his debut over fences at Ffos Las on Tuesday in the 3m novices handicap chase.  We have been looking forward to running him over fences ever since he has been with us, he is tall and rangy sort and has won a point to point so he looks tailor made for chasing.  We felt that due to his hurdle races he was given a lenient mark of 105.  The trip and track we felt would suit him very well at Ffos Las and we were hoping for a big run.  There was an even gallop set most of the way and he got into a good rhythm over his fences.  He looked to be making good ground coming into the back straight, before coming under pressure all the way up the home straight and fading on finishing.  It was disappointing on the face of it but David Bass reported a noise when he came back in.  This gives us a reason and he will now go for his wind to be corrected this week. KHAGE Khage ran on the same card Ffos Las in the novices hurdle over 2m on Tuesday.  He was disappointing in his last race at Fakenham where he didn’t handle the track or ground.  The drop back to 2m on a flat galloping track meant we were hoping for a bounce back to form.  Another decision was to take the hood off for this run to help him travel on the bridle better, luckily all these things meant that he ran a very good race and unfortunately was just caught in the last ½ furlong.  He stuck to the task and stayed on gamely to be beaten only three quarters of a length to Dr Sanderson.  We will look for similar events before putting him away on his summer break.  We are very much looking forward to going novice chasing with him next season. STICK WITH BILL Stick With Bill also went to Ffos Las on Tuesday to run in the bumper.  He came into this run off the back of a course and distance win in December however on this occasion the race looked to be a lot more competitive, with more runners and on better ground.  There was no pace set early on so we went on to make the running to ensure that there was an end to end gallop.  He was outpaced slightly down the back straight but turning in he was still in front and looked to be finding extra.  As the race unfolded in the last 2f he was still there with every chance, he stuck his neck out well, was game and gave the hot favourite a real battle but went down a length to a horse that is held in extremely high regard.  He will now go for his summer break before his novice hurdle campaign next season. ENTRIES BRANDY JAMES Brandy James has been declared to run at Newbury this afternoon in the 2m juvenile hurdle.  He has had a bit of a break after his 4 hurdle runs in the autumn.  He has been in good form at home and has improved physically as well as mentally for the break.  The galloping nature of the track should suit him and we think he will stay further in time.  We are really looking forward to getting him back on the racecourse. 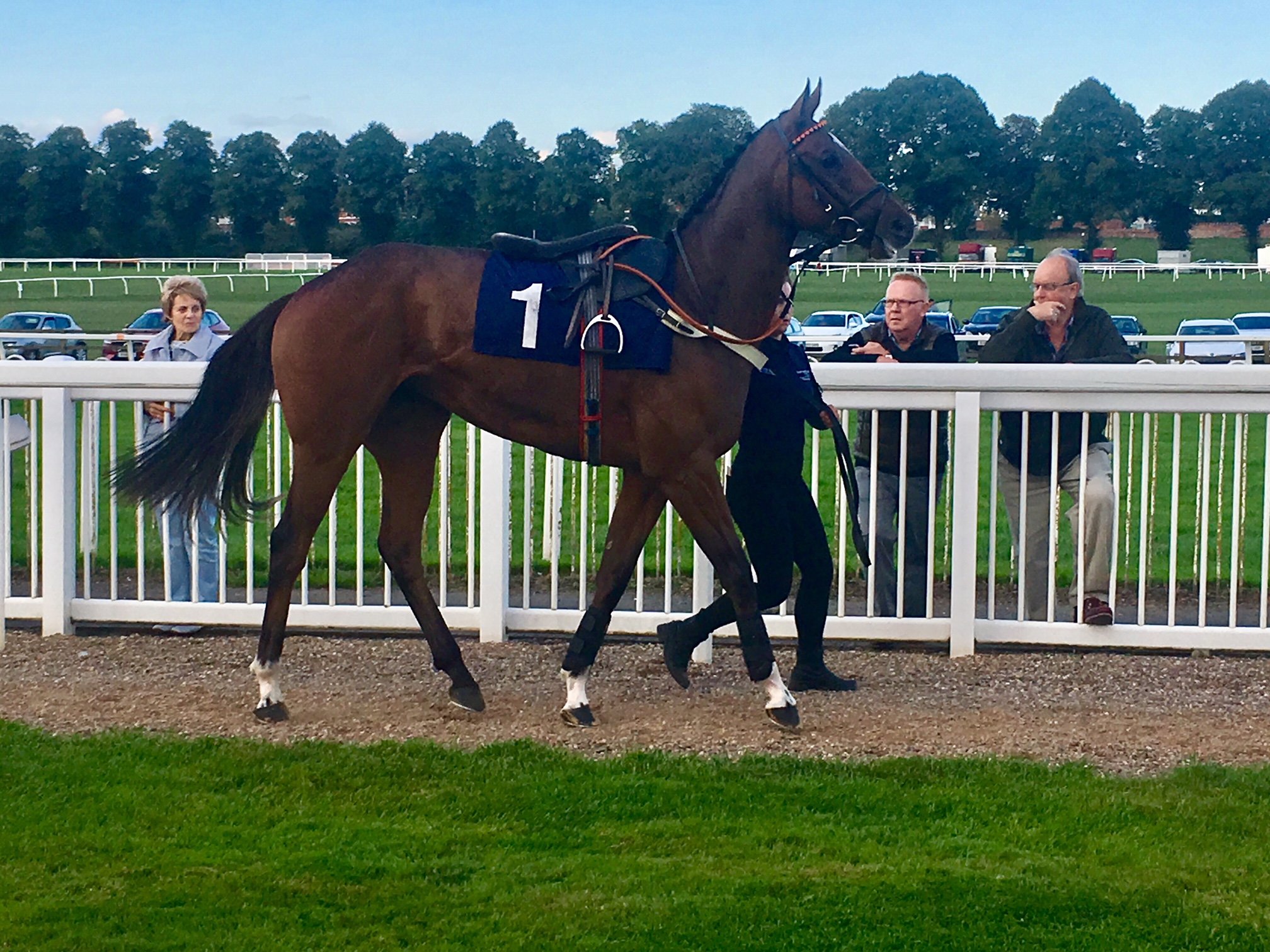 DJIN CONTI Djin Conti has been declared to run on the same card at Newbury this afternoon in the 2m6f novice’s handicap chase.  This will be his debut over fences.  He has been disappointing over hurdles after having won in the summer.  He is an exceptional jumper and has been schooling really well over the bigger obstacles, so hopefully he can make a good start to his chase career and show potential to improve in this sphere. 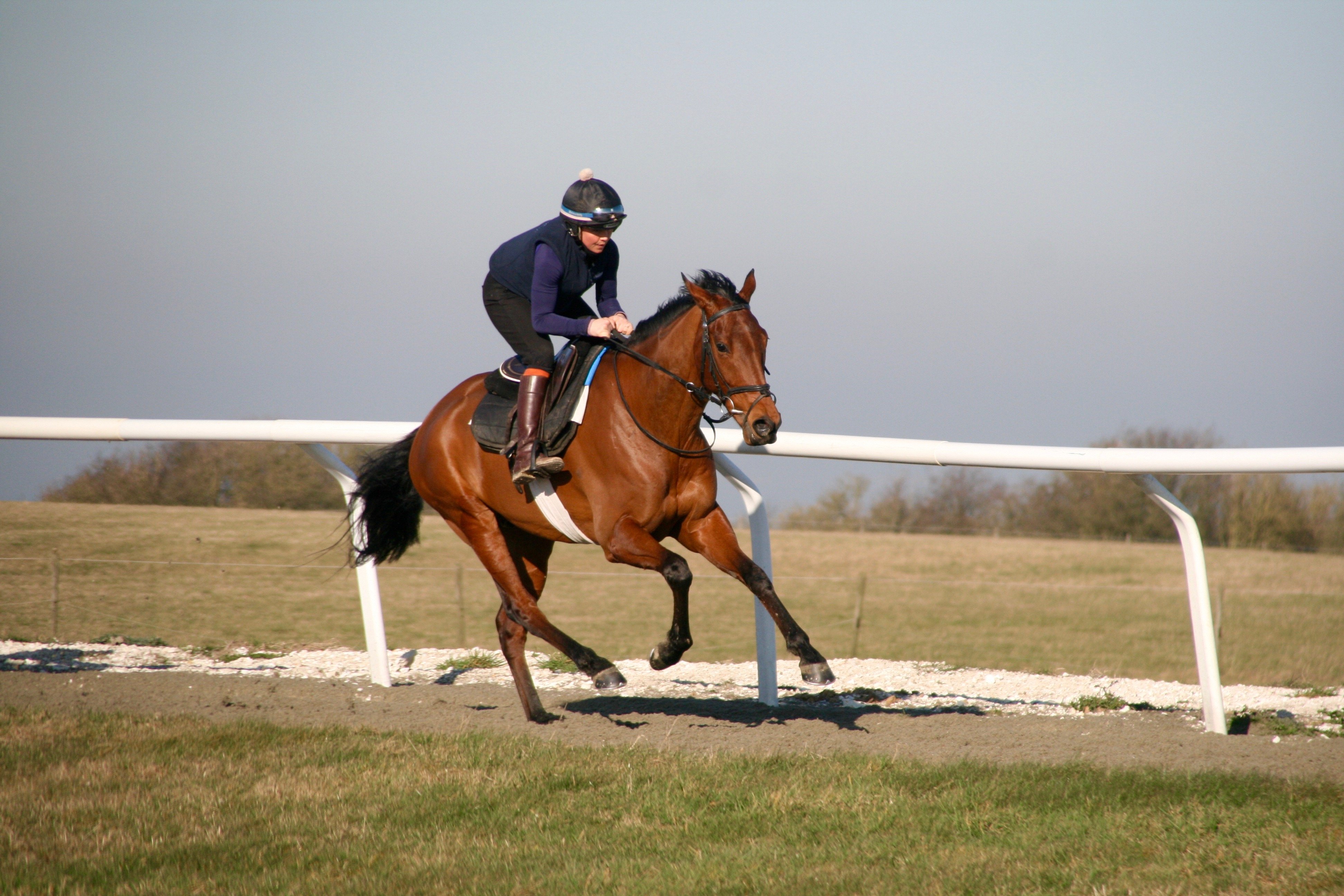 HENRIETTA BELL Henrietta Bell has also been declared to run at Newbury this afternoon in the 2m mares national hunt flat race.  She has had a bit of a stop start season but ran a lovely race on her bumper debut at Aintree where she was very unlucky in running and finished a good fourth.  She is a filly with plenty of speed and a good turn of foot, the track and the ground should suit her so are hopefully she can run a big race here. ROUGE VIF Rouge Vif has has an entry at Kelso tomorrow in the 2m2f novices hurdle, Grade 2.  He is in fantastic form at home and we are looking forward to running him.  Sadly he missed Kempton last Saturday due to a bruised foot, however he has been absolutely fine this week and off the back of his boxing day run we are looking forward to stepping him up in class to see how he gets on. 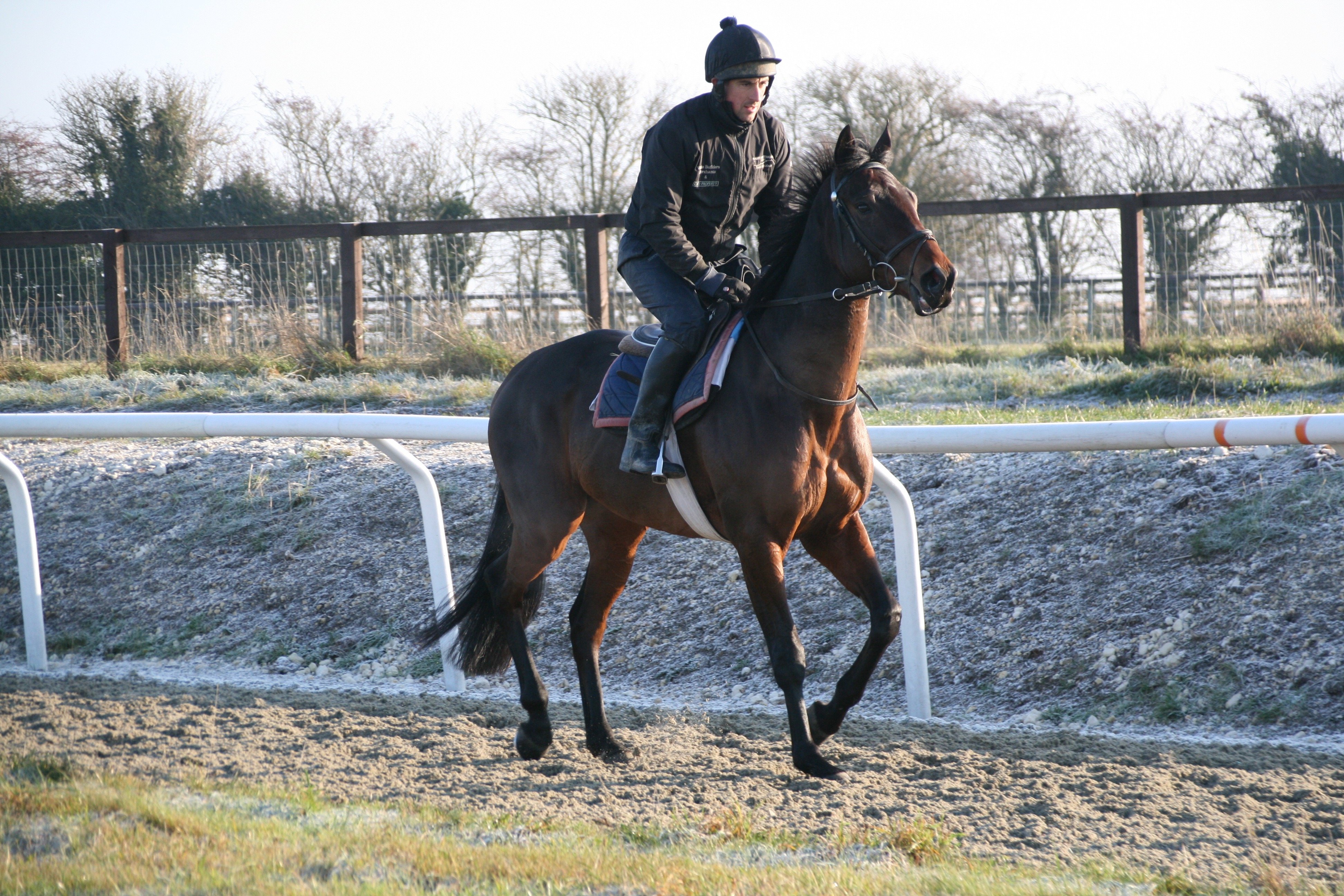 SIROBBIE Sirobbie has a few entries next week one at Huntingdon on Sunday and another at Southwell on Monday.  He is relatively new to the yard and will be therefore having his first start for us.  He has been in good form and schooling well so we are looking forward to see how he gets on over hurdles. ZANZIWIN Zanziwin holds an entry at Fakenham on Monday. He has had a wind operation since his last run and he is in good form at home. We are hopeful that he can improve off the back of the wind operation and we are looking forward to running him again. 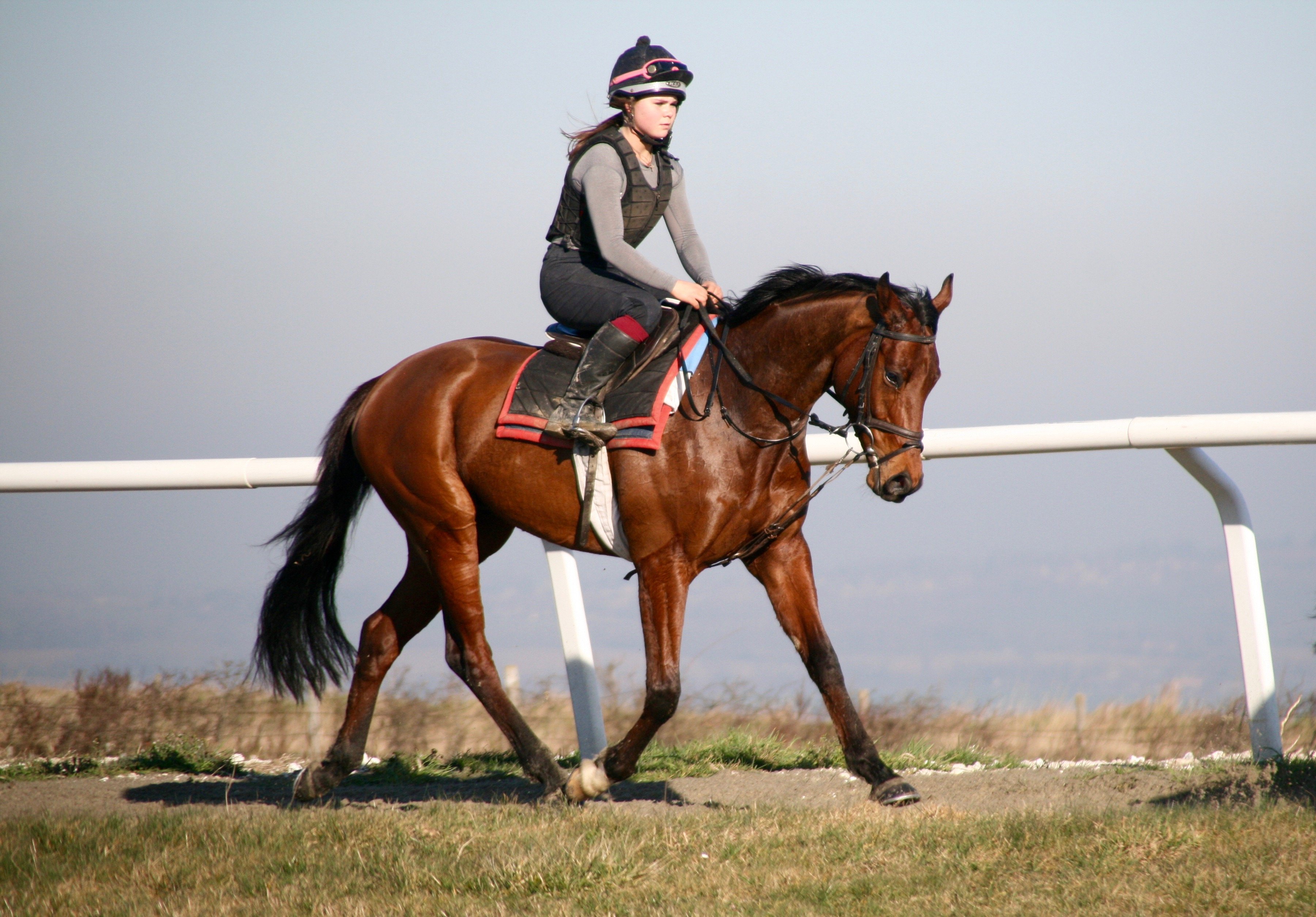 JAMMY GEORGE Jammy George has entries all over the place next week in the hope that somewhere in the country gets some significant rain!  We have been looking forward to stepping him up in trip to see how he gets on and he is a lovely chasing prospect for the future. CAPTAIN TOMMY Captain Tommy has an entry at Fontwell on Wednesday in the 2m Maiden Hurdle.  He is also relatively new to the yard and where he has been in good form and schooling well.  He is a natural jumper and has ran in point to point, we are looking forward to his first start over hurdles. PERFECT MYTH Perfect Myth holds an entry at Wincanton on Thursday in the mares' novice hurdle.  She has come out of the Huntingdon race in good form.  She is a fantastic jumper of hurdles and we are looking forward to running her back in a mares race where hopefully she can take another step forward. 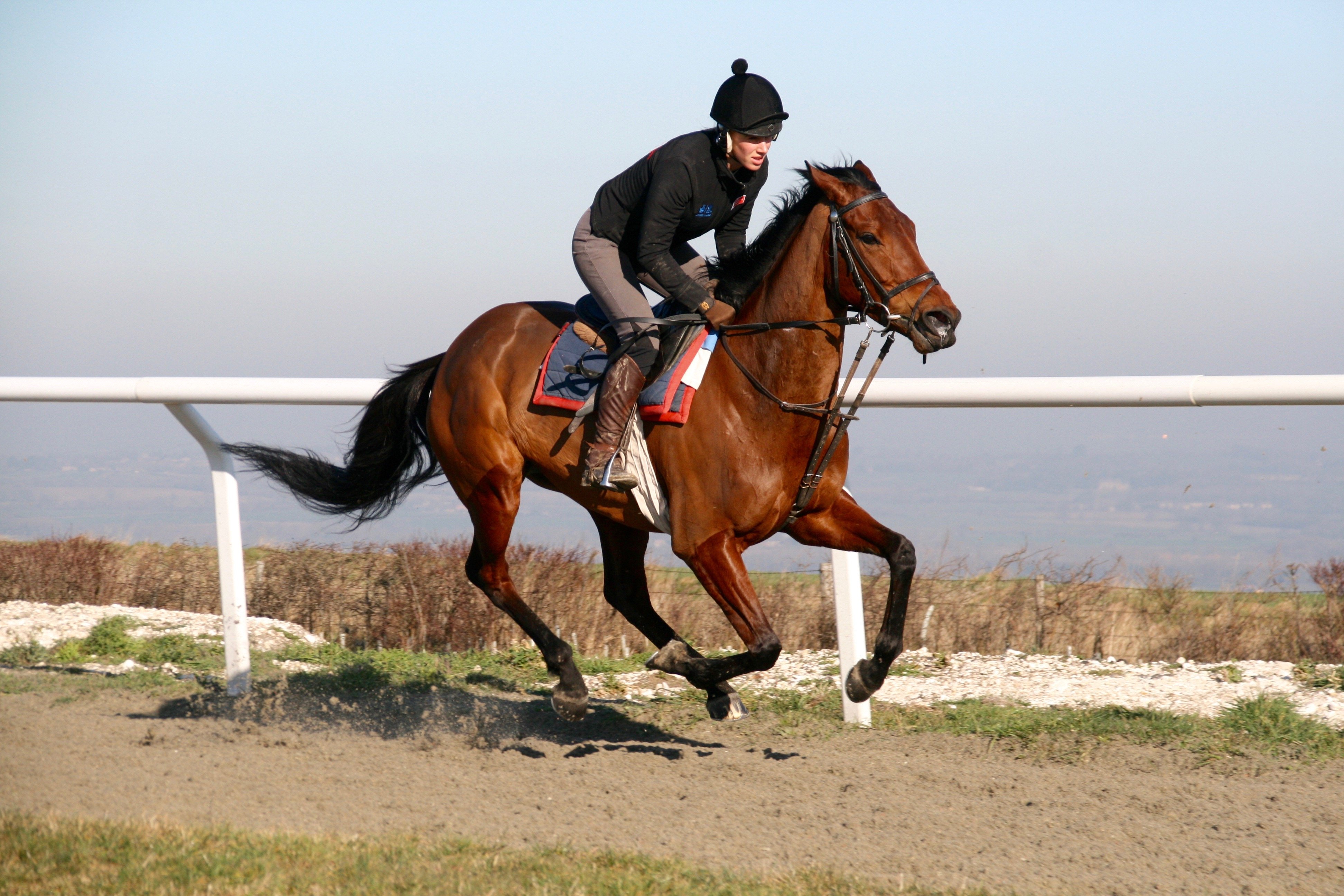 HONOURMISSION Honourmission is entered in a couple of bumpers next week but will also soon have entries in hurdle races. He is in good form at home.