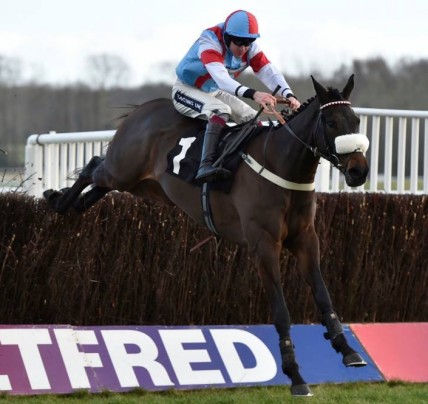 STRONG START TO THE NEW YEAR

THIS WEEK   It's been another super week for the yard and despite just having the two runners as the rest of the string have been having a mid-season mini-break, both have run extremely well.  The most notable has to be of course Saint Calvados who yet again dominated a small but select field at Newbury on Wednesday to win in fine style.  He is an exquisite horse and one which we can't help but feel excited about, not only for what may lie ahead this season but also in the seasons to come...   REPORTS   The Harry Whittington Racing Club's Spirit of Rome ran another quality race to finish 3rd at Hereford on Tuesday.  She showed a likeable attitude once again, traveling strongly and jumping well throughout the contest.  She looked to be going as well as anything coming to 2 out, but didn't handle the downhill run to the last.  She got shuffled back to 4th but when the run in flattened out she stayed on well to take 3rd in the shadow of the post.  We will look for a flat track next time.   Saint Calvados took another step forward with an impressive 10 length win at Newbury on Wednesday.  He jumped off in 3rd place but soon took the lead with a big jump at the 2nd fence.  He traveled powerfully in front and didn't see another rival, taking them out of their comfort zone with some slick jumping.  The field bunched up coming to 4 out but Aidan asked Saint Calvados to go on and he put the race to bed in a matter of strides.  He quickened up in the run in, winged the last 3 fences and won by an easy 10 lengths.  This was another step forward and he is likely to take in the grade 2 Kingmaker at Warwick next, before having a tilt at the Arkle at the Cheltenham Festival.  He is extremely exciting.   ENTRIES   Djin Conti is set to make his first start for the yard at Taunton tomorrow.  He is a 5yo Lucarno gelding from the family of Silvianco Conti, he finished 3rd on his only start in France and has pleased us with everything he has done so far.  He isn't short of speed so Taunton should suit him and this race looks a nice starting point.  He is another nice prospect. 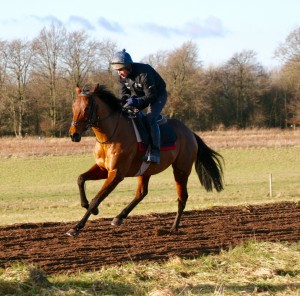 Cold March is set to have his first start for the yard at Taunton tomorrow.  He is rated 17lbs lower over hurdles and likes better ground, so this veterans hurdle race at this track is a nice option for him.  He is new to us so we will learn lots for the run, he is in good form and should enjoy this unique test.   Anemoi holds multiple bumper entries in the coming days and the first of those is at Warwick on Thursday.  He is a scopey 4yo by Manduro and a half brother to Group 1 winner Laurens.  He is an athletic horse with plenty of ability and we can't wait to see him on the track.