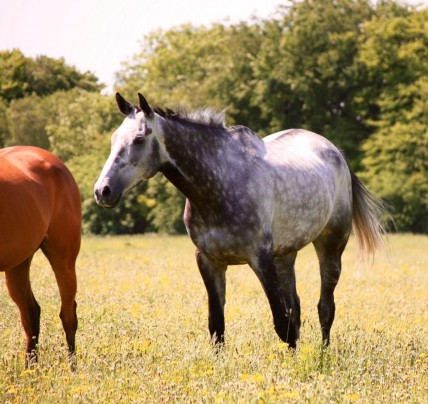 It is probably the yard’s quietest time of the year, with just the 7 horses running through the summer. We haven’t had a runner for over a week now, but we do have 3 intended runners in the coming days. The sales season along with lots of painting stables is keeping the team very busy though. On Tuesday we purchased the Hill Barn Racing Club’s 2nd horse from Ascot Sales. He is called Tutchec, a 9yo Turgeon gelding who is rated 96 over fences. He was rated 130 a season and a half ago but has lost his way since then. He is a big strapping sort who should be suited by the routine at HWR and he is very well handicapped if we can get him back to his best. REPORTS: Mollasses finished 8th at Stratford two Saturday’s ago. There wasn’t much pace on and she made the running under jockey Nico de Boinville. Molly travelled and jumped well on the whole, all be it around a track that was to sharp for her. She led the field to 3 out where she was swallowed up by the chasing pack, eventually plugging on to be only beaten just 3 lengths by 134 rated Roman Flight. It was a very competitive race and she shaped better than the eventual finishing position, around a track that didn't suit and on ground that became too soft for her. She has been dropped 8lbs for the run which is a help as she needs more options and a drop in grade to get back winning again. Polstar finished 8th in a 2 mile handicap hurdle at Southwell last Tuesday. He travelled well for a long way, before getting outpaced turning for home the final time. Harry Teal rode him for the first time and got on with him well, but the way the race was run didn’t suit Polst. He has been dropped 2lb by the handicapper and we will try and find a race under his ideal conditions, which is a flat track with an end to end gallop. He improved throughout the season last year and we expect him to do the same this year. ENTRIES: Sporting Milan has been declared to run at Worcester today. He finished a good 2nd on debut for the yard at Warwick in April and goes to Worcester in good form. The race has split into two divisions and Sporting’s division (5.00) is quite competitive, with 3 horses rated upwards of 110. He has improved since Warwick and he will need to in order to be in the shake up here. Sporting is less experienced than his main rivals here and will progress with racing. He is an out and out stayer, who will also appreciate a longer trip in time. We look forward to seeing him out again. Patronne will be entered to run at Newton Abbot on Friday next week. She took a big step in the right direction at Wincanton last time out and in the process got a handicap mark. She has been given a mark of 93 and will start off in a 0-100 over 2 miles. The sharp nature of Newton Abbot’s track should suit her and granted her favoured better ground she should be very competitive. If they have significant rain she does have alternatives later in the month though. Patsy is relaxing all the time and we can’t wait to get her out again. Mollasses will also be entered to run next Friday, but she will make the trip to Aintree. She shaped well for a long way at Stratford last time out in a very competitive race, where the ground became very testing that day and that didn’t suit her. She has been dropped 8lb by the handicapper to a mark of 124, which will help her and the nature of Aintree should definitely suit. It has been difficult for her after her injury, especially with the limited options for her through the summer, but a drop in grade will help her get back in the right direction.