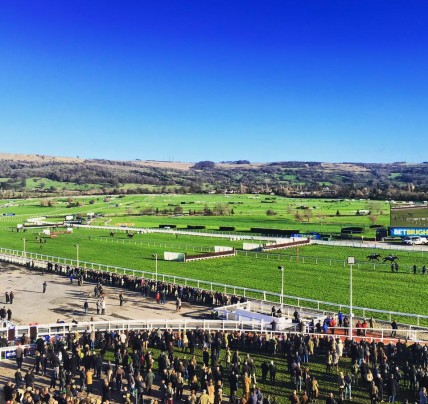 SUNSHINE AT CHELTENHAM AND 2 GRADE 2 RUNNERS

NEWS:
HWR has sent out 3 runners over the past week and all have run excellent races. Arzal flew the flag again for the yard with a career best display up at Doncaster on Saturday, the handicapper has raised him to a mark of 151. It is amazing for the yard to have a horse of his quality to take the yard and his owners to the graded races. ENTRIES: QASSER runs today on the all-weather at Wolverhampton at 6.45 . He has been raised 15 lbs for his 3 runs over hurdles this winter and we felt with the ground the way it is he could switch back to the flat. He ran very well on the flat last season winning over course and distance, before finishing 3rd at the same venue in a muddling race. We feel he can be very competitive off a mark of 73, but this is a tougher race than the events he was contesting last winter. Qasser is nicely drawn in stall 5 and we are delighted to have Joe Fanning booked, who has ridden 10 winners in the last 2 weeks. Hopefully he can give the market leaders a shock. 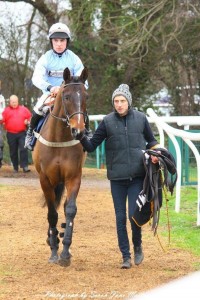 PINKPLAY has been declared to run in a Mares Novice Hurdle over 2m at Wetherby tomorrow at 13.00 . She has progressed nicely through the season, placing twice before getting off the mark in impressive fashion at Southwell in December. She was declared to run first at Exeter and then Bangor before both meetings were beaten by the weather. Pink Play will carry a penalty (6lb) for her Southwell win but she is well up to the task. The track should really suit and ground conditions shouldn’t pose a problem, Nico de Boinville rides her for the second time. She is an exciting mare and we can’t wait to see her out again. 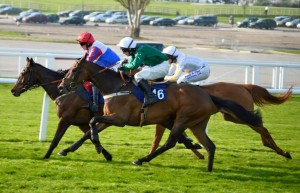 The plan is to run PATRONNE at Ludlow on Wednesday in a Fillies only Juvenile Hurdle at 3.10 which is very exciting. She had been declared to make her debut for the yard at Fakenham last month before that meeting was again lost to the weather. This race looks an ideal starting point for her against her own age and sex. Also Ludlow has better ground than almost anywhere else in the country at the moment, which will be in her favour. Patronne is a scopey Filly who’s only been with the yard since mid-November, she goes there in excellent form and has schooled nicely. We are hopeful she can be very competitive. EMERGINGFORCE is set to run at Doncaster on Thursday at 3.30 . He won very impressively on debut for the yard at Fontwell in November, before finishing an isolated 3rd on ground he hated at Newbury in December. He was very tired after Newbury and he’s been given time to get over that run, and goes to Doncaster a fresh horse. Force was given an initial handicap mark of 123 after Newbury, but when Hit the Headlines who finished 2nd to him at Fontwell won his next start it was raised to 128. He will be stepped up in trip to 3m for his handicap debut which we hope will bring about improvement, also a return to a sounder surface will really suit him. He is a lightly raced improving horse and we are very hopeful he can take another step forward!! 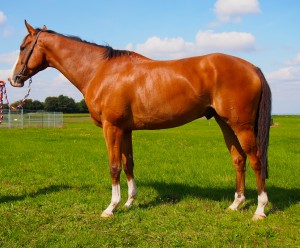 Passing Du Moulin will hold multiple entries over the next couple of weeks in bumpers, with the first of those being at Bangor on Friday.  He hasn’t stopped growing since he arrived from France in April and had taken some time to come to hand, but of the last month or so he has been showing the right signs and is ready to take his chance on a racecourse. Moulie is a half-brother to the smart chaser Chartreux and is a big, scopey individual. If he doesn’t run here he has some alternatives later on in the month. We are excited to get him going!! REPORTS:
Duke of Medina finished 5th on his step up to Grade 2 at Cheltenham on Saturday. The meeting only just passed a morning inspection after significant overnight rain, which meant the ground was easily the most testing Duke had ever encountered.  He handled it well though, and set out to make the running under jockey Gavin Sheehan. He jumped very accurately throughout the race and held a prominent position until the 3rd last hurdle. The pace of the race increased from that stage and Duke wasn’t able to go with the leaders. He stayed on strongly up the hill however after getting outpaced to run arguably a career best. The plan is to go back to Cheltenham in March, with the Fred Winter looking the more likely target at this stage. 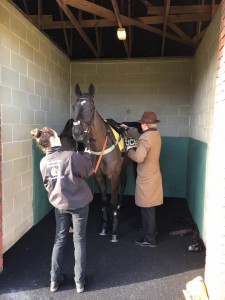 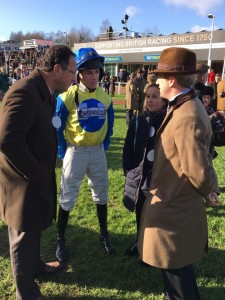 The yards other runner of the day was Arzal, who ran in the Grade 2 Lightening Chase at Doncaster. He ran an excellent race to finish 2nd to the Nicky Henderson trained Vaniteux, who was in receipt of 4lb from Arzal. If the race was off level weights who knows what the result may have been, Arzal made the running under jockey David Bass and they put the field under pressure from an early stage. He produced an excellent jumping display with the return to a left handed galloping track clearly suiting. As the race developed favourite Shaneshill never looked happy and as the field turned into the straight Vaniteux looked the only danger. He headed Arzal at the 3rd last but he stuck his head down and battled up the run in, closing at the line to go down by just the 3 1/4 lengths. He is clearly a progressive horse who enjoys this set of conditions. The plan at the moment is to avoid Cheltenham, with a tilt at the Manifesto Chase at Aintree looking the preferred option.  He could run at Doncaster over 2m 3f in between on the 4th March over 2m 3f to test out the step up in trip. Frizzo finished an excellent 3rd at Ludlow on Wednesday. He had placed on both starts this season, before missing his latest engagement with a stone bruise. The ground was still a bit tacky for Frizz but he produced a gutsy performance, jumping very accurately throughout the race. The drop in trip didn’t pose a problem to him and he was given an excellent ride by Nico de Boinville. As the field turned for home Frizzo moved up stylishly and with good jumps at the 4th and 3rd last he went into a clear lead. He looked like he was going to win for a moment but he couldn’t quite slip the field. The eventual 1st and 2nd closed in ominously at the last fence and stayed on past Frizz in the run in. He is a very gutsy horse who will appreciate a return to some better ground. Frizz gave the Racing Club a great day out and he deserves a win before the end of the season!! 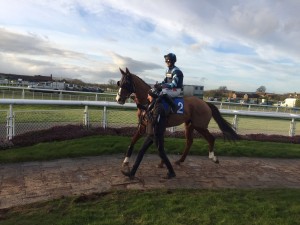