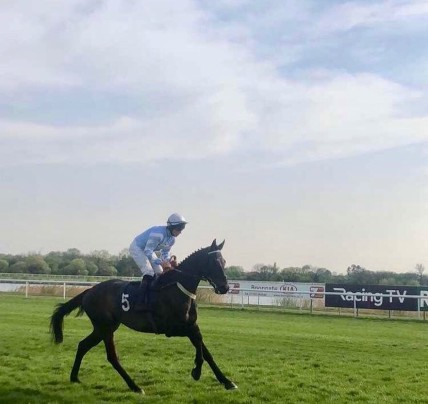 THIS WEEK The Easter sunshine scorched across the valley last weekend creating perfect conditions for the annual Lambourn Open Day.  It was great to see so many people come up to see us and we hope you all enjoyed the day.  Since then we've been pretty busy back on the track with the horses continuing to place and run well.  We have scored 2 more notable winners this week taking our end of season tally up to 26, just 1 off last years score.  The first of those was a classy young bumper horse, Mister Coffey, sourced by Harry at the store sales last summer and then produced by our top class team at the yard to go out and win his bumper first time out very impressively.  And last but by no means least our much loved Bigmartre got back to winning ways up at Perth under a brilliant ride by the talented young Page Fuller.  A fantastic end to a brilliant season.  We now have a short pause in runners before we head off into our summer campaign and onwards into the new season. Let's keep kicking! 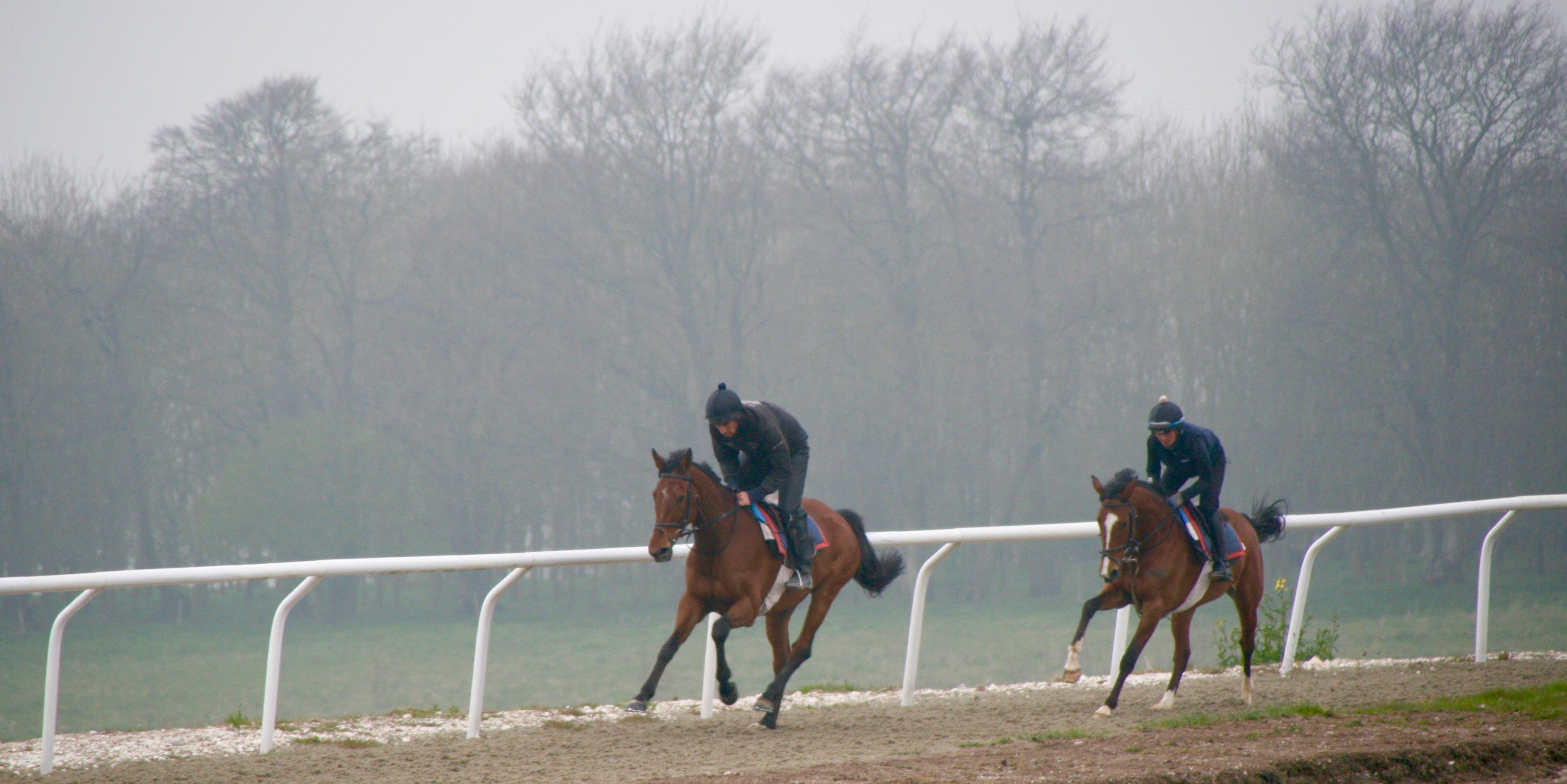 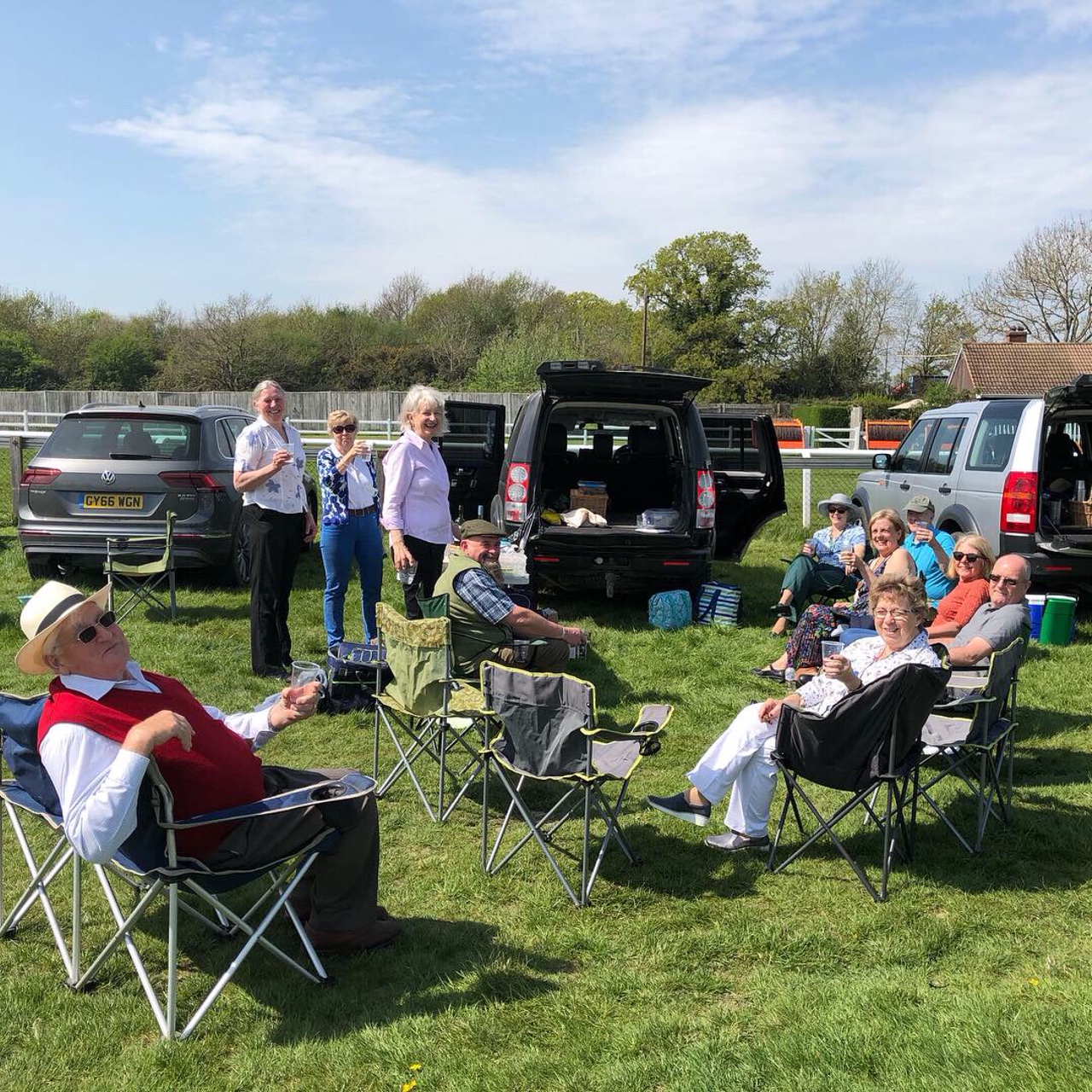 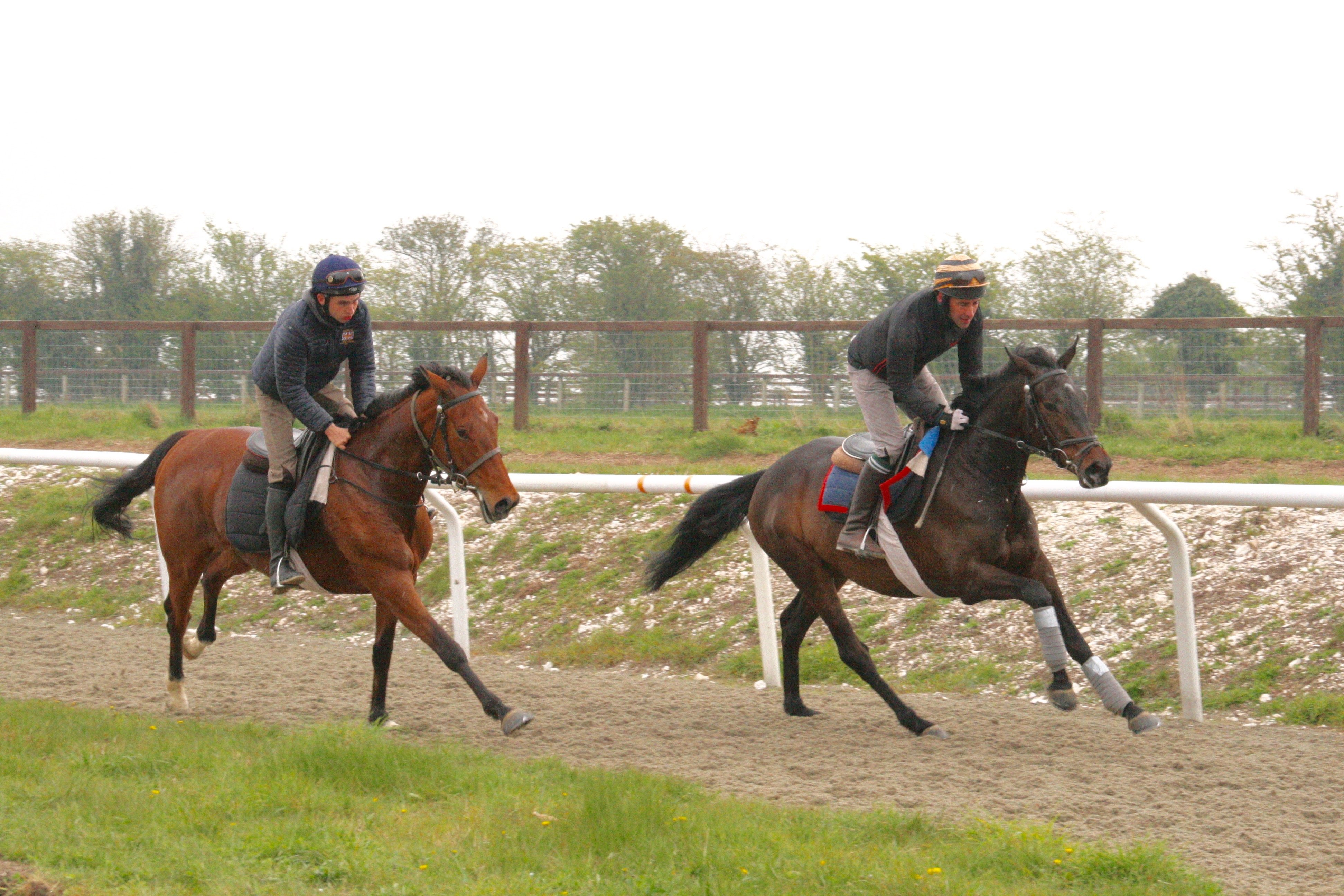 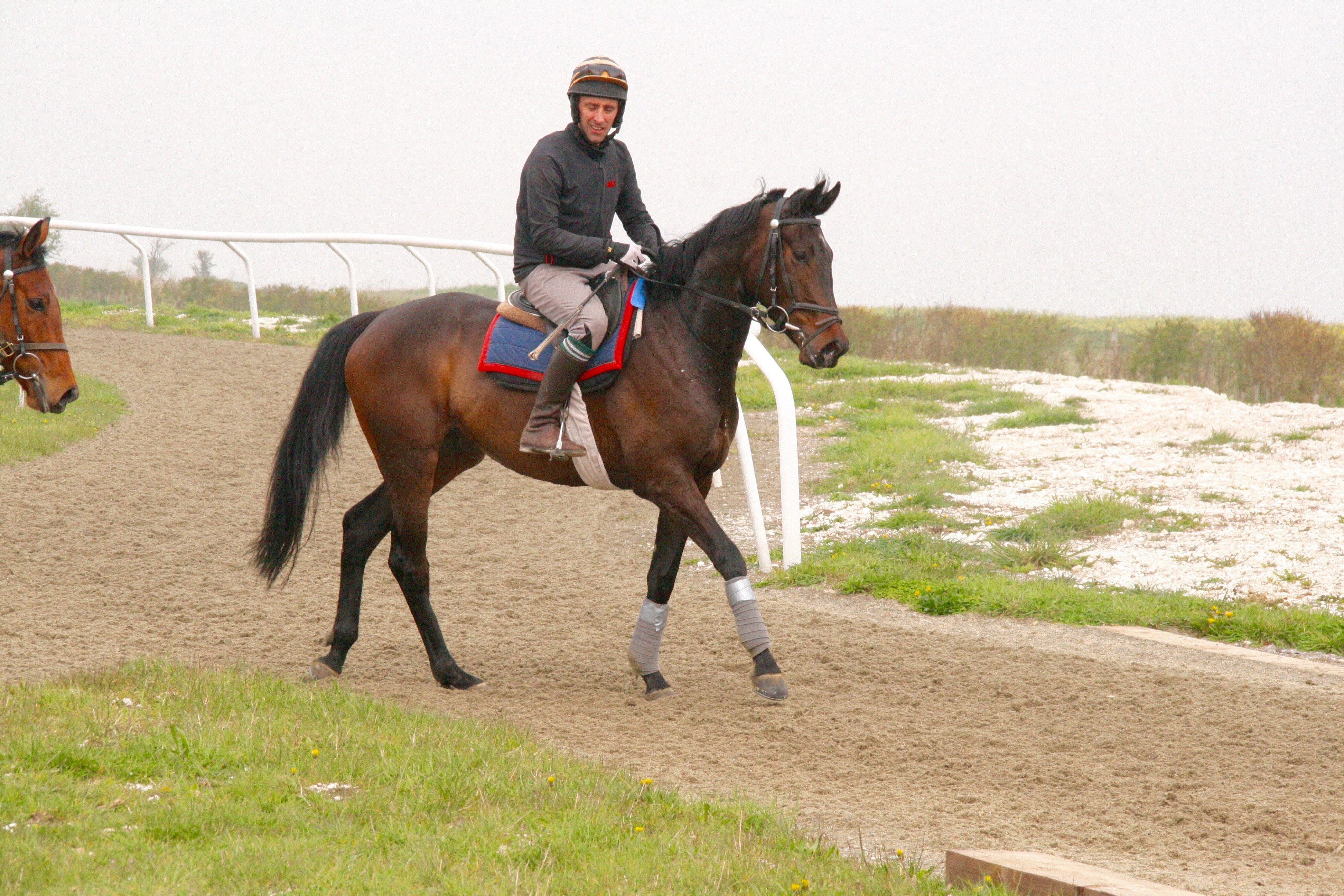 REPORTS COURT LIABILITY Court Liability ran in the Challenger Stayers Hurdle Series Final Handicap Hurdle (Class 2) over 3m at Haydock on Saturday.  He was in really good form at home coming into this season target, he was fresh and working very well so we were expecting him to bounce back to form.  He was on his toes in the prelims and moved well down to post.  Unfortunately he decided for whatever reason he didn’t want to race and jumped off very reluctantly.  He was behind the bridle all the way through the race, he finished his race but was never in contention.  He was very sore after and we have lots of checks to do to find out what is the cause of why he doesn’t want to race. SALTO CHISCO Salto Chisco headed to Market Rasen on Sunday to run in the B. Eyre & Son Ltd Handicap Hurdle (Class 4) over 2m 4f.  He had come out of his race the week before in fine form, and despite the fairly quick turnaround it looked too good an opportunity not to have a go at.  He travelled and jumped really well, and turning in he looked to have every chance.  He was almost going too well where jockey, Page Fuller had to take a pull 2 out at the same time they kicked for home and we could never get back on terms but ran a solid third.  He will go back left handed as he hung in the home straight and we will run him at Warwick in a couple of weeks. ZANZI WIN Zanzi Win finished second at Plumpton on Monday in the J.H.Builders Juvenile Hurdle (Class 4) over 1m 7f.  He was going back to Plumpton where he won two weeks previously over course and distance.  He really enjoyed the track that day and so we felt going back there we would have a good chance against what looked a fairly useful rival with Cheltenham festival form.  Unfortunately there was another front runner in the race which meant we had to take a lead, he travelled well but made the odd mistake on the way round.  Turning in he looked to have every chance with the favourite under serious pressure.  Zanzi didn’t jump the last two well at all which meant the favourite was able to come at us again and beat us in the last 50 yards.  Zanzi Win is not a very big horse and we don't feel he has the the scope to jump fences so, it was good to get a win into him before he now heads to the Doncaster sales in May. 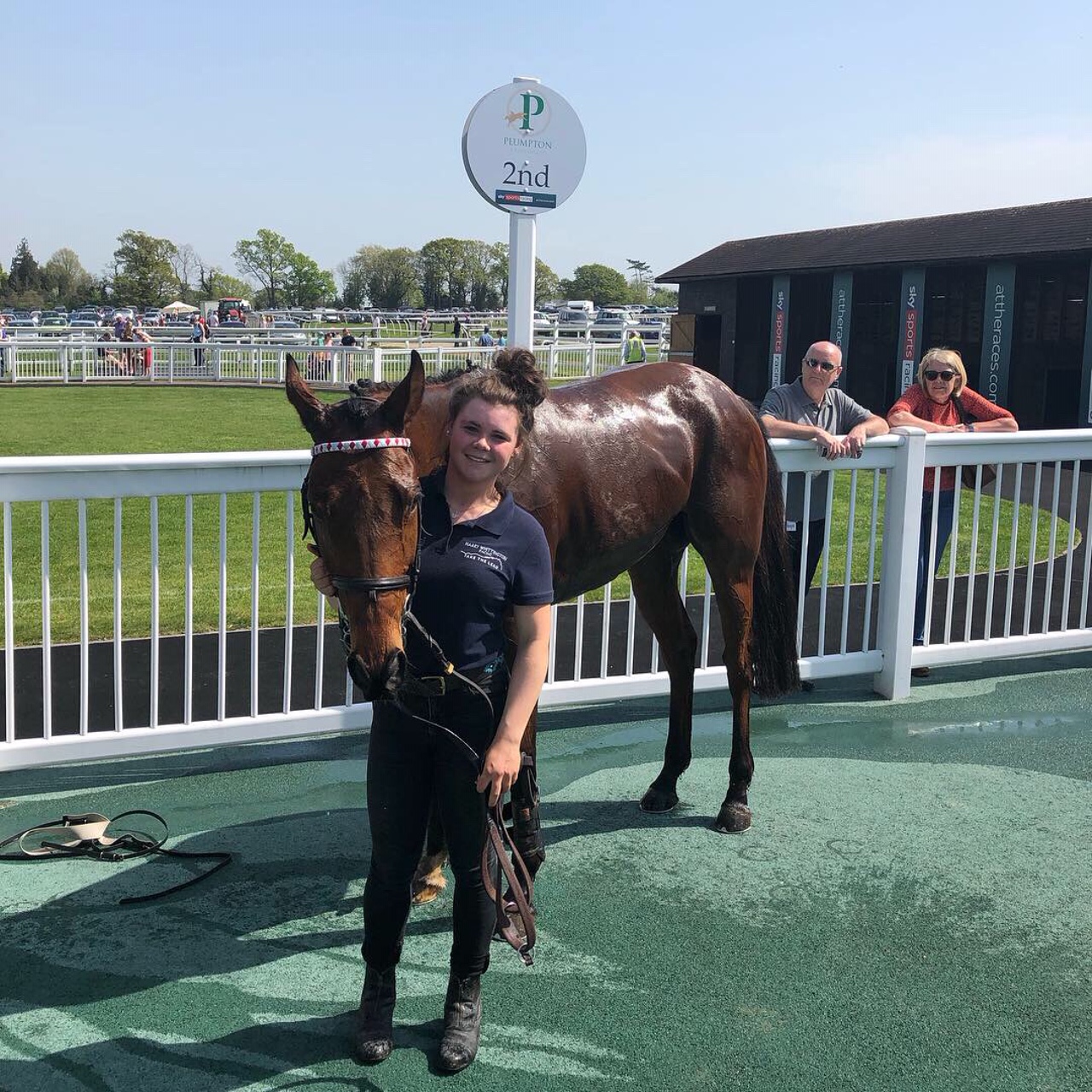 THE KINGS BABY The Kings Baby also ran at Plumpton on Easter Monday in the in the Strong Flavours Catering Mares’ Handicap Hurdle (Class 4) over 2m 4f.   The plan was to be positive on her on this occasion, dropping back into a mare’s race that looked a good opportunity on paper.  She was a little bit keen throughout the first half of the race but eventually got into a good rhythm.  She jumped really despite missing the 3rd last which then lost her a bit of momentum as well as her position, just at the wrong time.  Turning into the straight she was a couple of lengths down on the leaders although she stayed on well for third but she couldn’t get close enough to win.  She has come out of the race really well and is off a nice mark now so we will aim to run her again soon. 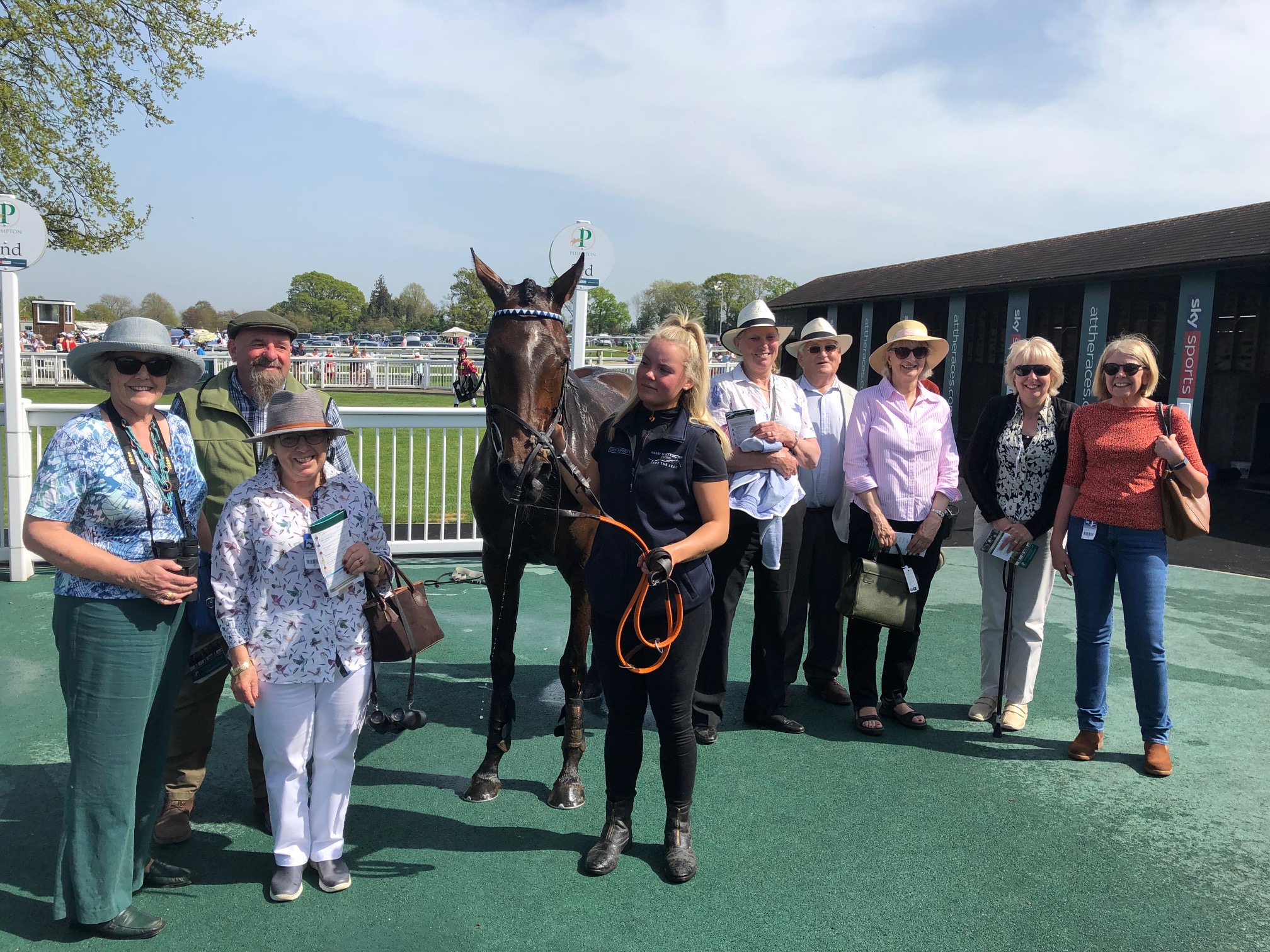 MISTER COFFEY Mister Coffey won impressively on debut at Huntingdon on Monday in the Mansionbet Intermediate Open National Hunt Flat Race over 1m 7f.   He showed us what he can do at home and probably more so it was as good a performance as could be expected.  The plan was to take a lead with plenty of pace on but the most important thing was to be able to use his stride length and not break his rhythm.  Gavin took it up going down the back straight because they weren’t going quick enough for him and so he got to the front effortlessly and going very easily. He found another gear around the home bend and although a bit green running down the home straight, once Gavin got behind him and asked him for more he stretched clear unchallenged to win by 8l.  The future looks bright for him. CAPTAIN TOMMY Captain Tommy finished second up at Perth on Wednesday in the feature of the day, the EBF Stallions Gold Castle 'National Hunt' Novices' Hurdle (Listed Race) over 3m.  He had been in really good form since winning two on the bounce in the last 6 weeks which meant that he had earned his crack in this listed race over the extended trip of 3 miles.  It was a small field but a very hot contest and you could have made a case for all of the runners, Eur Gone West went to take it up and make the running and we decided to track that horse so as not to give it too much of a soft lead and make sure the race was ran at a true gallop.  Captain Tommy jumped and travelled well for much of the race, turning in he was a bit outpaced and lost his position slightly before making a mistake at the second last as he was starting to pick up which was unfortunate as all he did from there on in was stay really well and was closing in on the winner up the run in.  It was a cracking run to finish a very good second with valuable prize money, he has improved hugely since turning up at the yard and we are delighted with his progress.  We will now treat him like a good horse and give him a break ready to go novice chasing in the autumn. 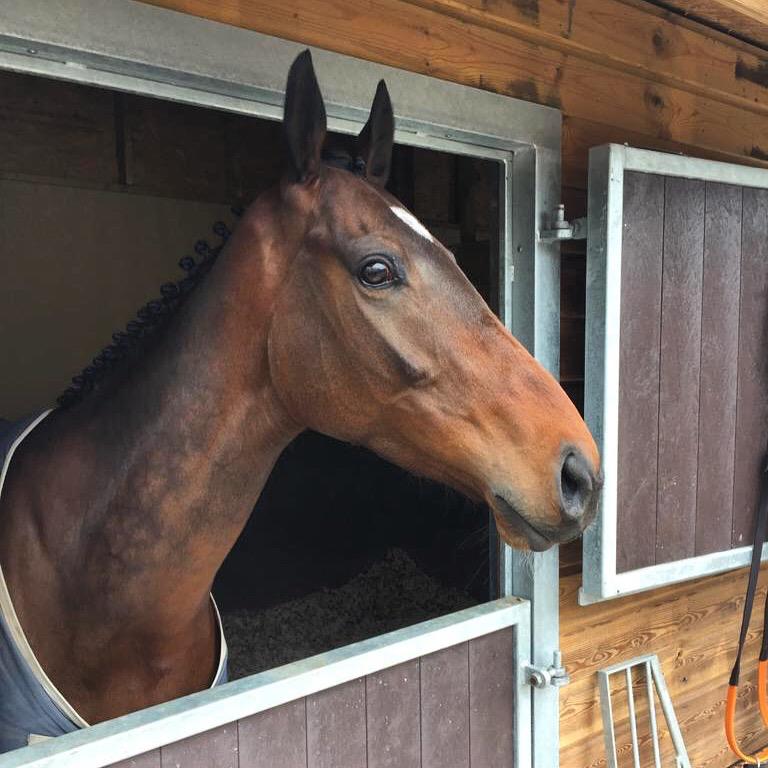 BIGMARTRE Bigmartre won up at Perth in the Heineken UK River Tay Handicap Chase (Class 2) over 2m 4f yesterday scoring our 26th winner for the season.  Has had a long season running in some big races but showing that he is still competitive even at the Cheltenham and Aintree festivals.  We decided to give him one more run to finish off the campaign, the race looked very suitable round a flat track and down in class.  We decided to use Page Fuller to take some weight off  and she also has great statistics in chases for a conditional.  It looked a good opportunity on paper and we decided to take the cheek pieces off and ride him positively.  Page got the horse into a great rhythm from the word go and he jumped from fence to fence with his old zest.  Turning into the straight he had them all off the bridle and it was a case of keep kicking and jump home.  He did just that and won very easily.  It was a great way to finish off the season for the horse and the yard.