THE COUNT DOWN BEGINS

THIS WEEK Whilst the storms are still prevailing we're still ticking all the boxes in preparation for Cheltenham next week.  With 3 exciting runners heading there we couldn't be more excited and delighted to be in this position.  Lots of other interesting entries in the mix over the weekend and beyond to also look forward to as the count down begins... 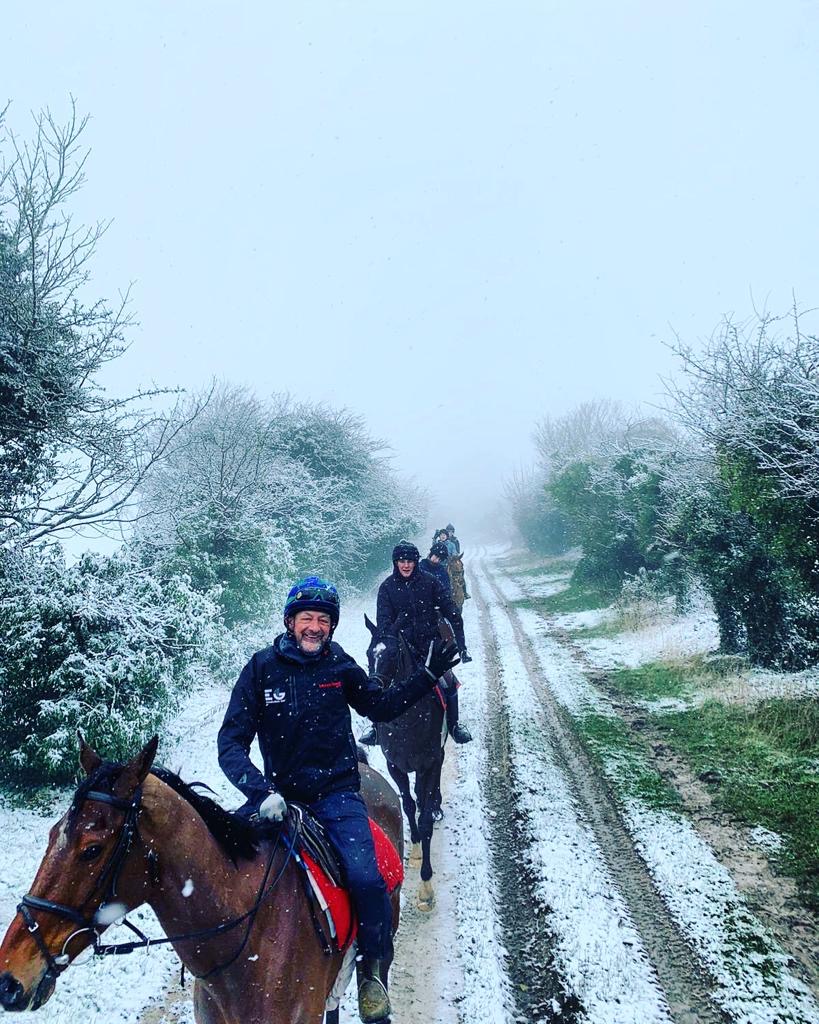 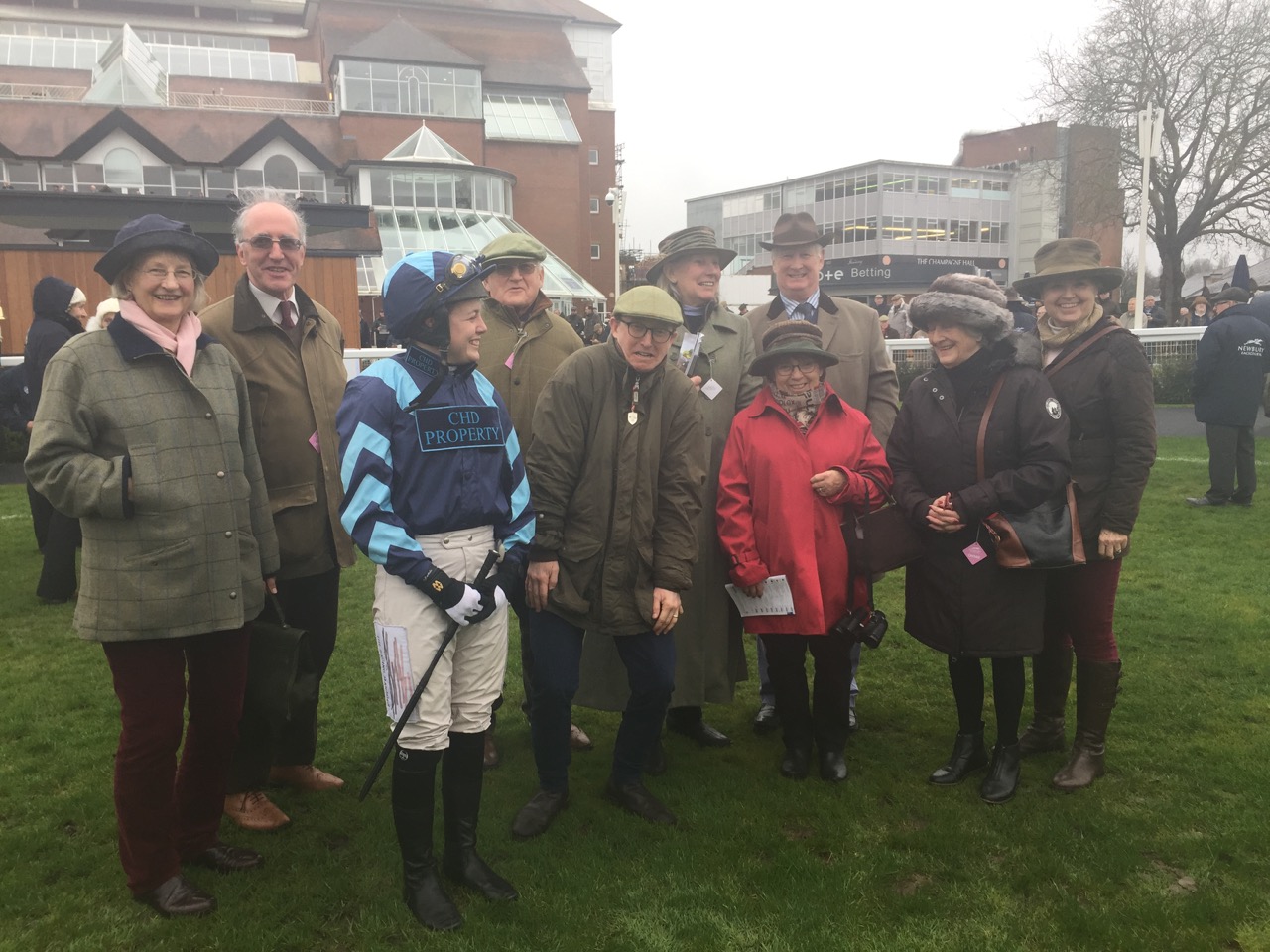 REPORTS THE KINGS BABY The Kings Baby lined up at Newbury on Friday for her second race back after a wind operation.  She was running well at Ludlow on her previous outing before finishing tamely so we were keen to get her confidence back on this occasion.  We decided to give her a chance and drop her out to ride her to run well.  She jumped and travelled really well, and as they turned into the straight she looked to have a chance.  However they then all kicked on again and she was left to stay on at the same pace.  The handicapper has given her a chance by dropping her 4lb.  So she will be freshened up and we will look for another opportunity for her in about 3 weeks time. 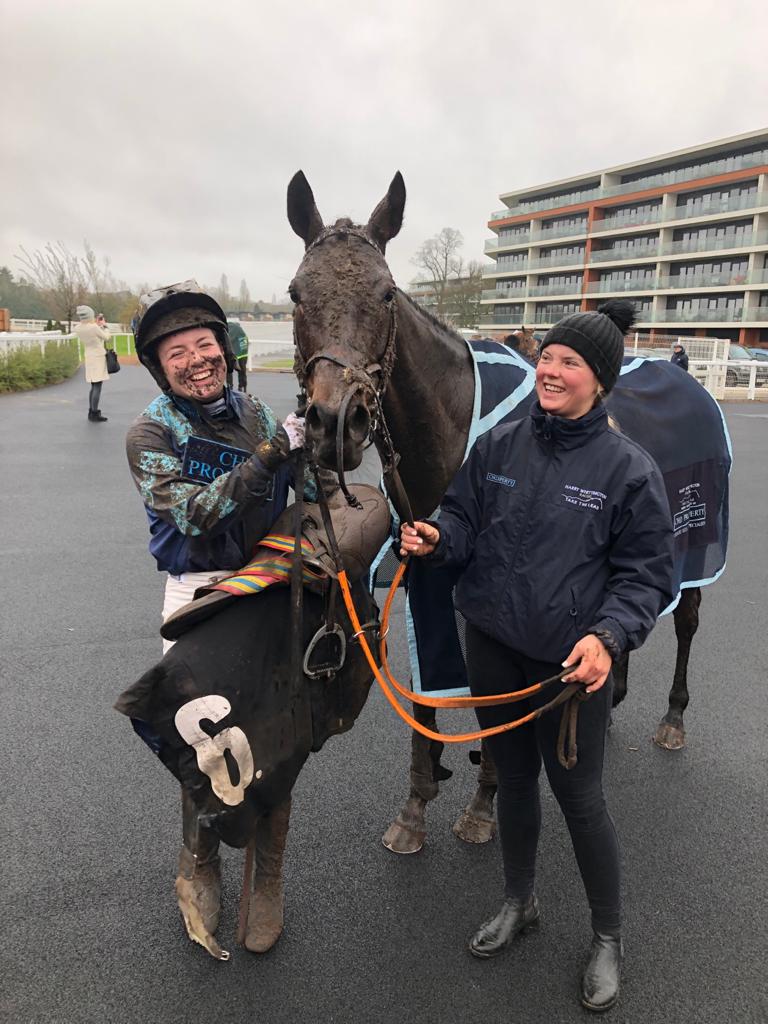 CATELINE Later that day Cateline set sail in her third bumper on the same card at Newbury.  She had shaped with promise on her first two starts, so we were hopeful of another step forward here.   The big, galloping nature of the track we felt would suit her well, and jockey, Johnny Burke decided to make the running on her, where she shaped really nicely.  As they turned into the straight she looked to have every chance before getting caught a bit flat footed at 3 furlongs out.  From that point on all she did was stay on impressively to be beaten 3 lengths into fourth place.  She will now be freshened up and do some jumping at home, before turning her out on to some Spring grass before she goes novice hurdling next season. 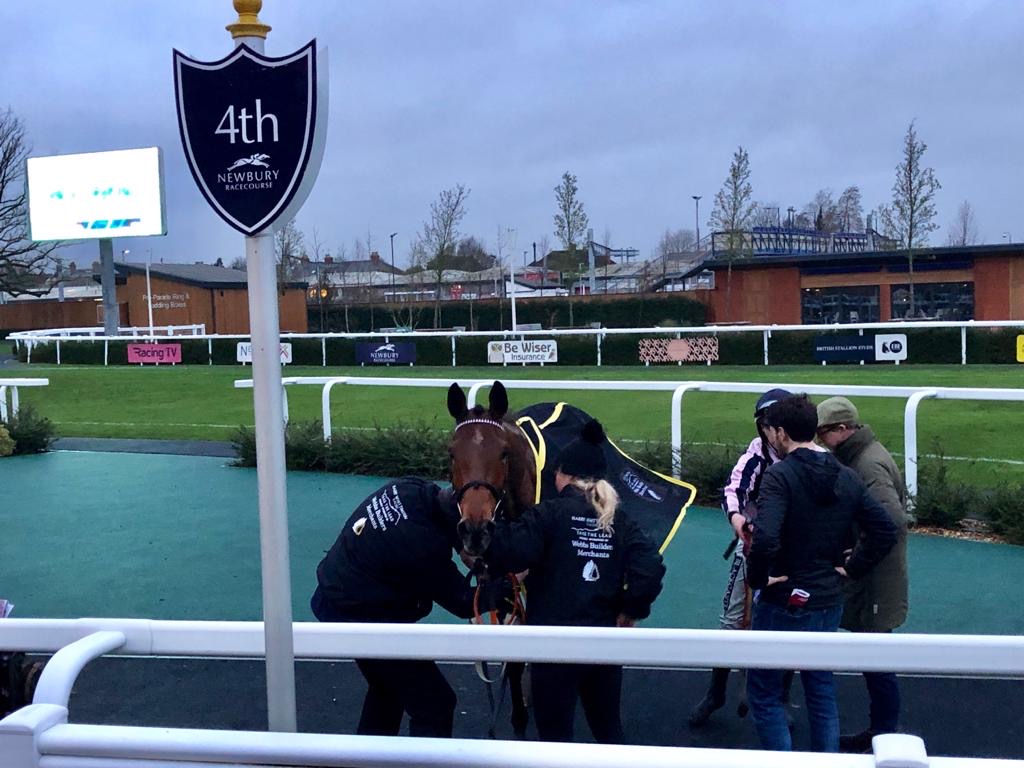 KHAGE Khage had his second start back over hurdles this season up at Wetherby on Monday.  He had shaped nicely on his return to the smaller obstacles last month, so we were looking forward to get him out again.  The ground was very dry and holding which was always going to make it a test.  Jockey, Gavin Sheehan jumped him off and looked for a stride at the first hurdle where he unfortunately made a mistake. From there on in he never managed to get into a rhythm, so Gavin just looked after him.  He is none the worse for the run and we will look to run him again soon under more of his favourable conditions.   ENTRIES PAT KELLY Pat Kelly is in good form at home and he is entered in a couple of different handicap hurdles in the coming week.  This will be his handicap debut.  He has shaped with some promise on his first three starts, so we hope we can make a good start in handicaps.  He jumps for fun and handles very deep conditions.  He probably only has the chance to run one more time in his conditions before going out for a Spring break, so we hope to find a good opportunity for him.  He should stay 3 miles next season and will only get stronger as he gets older, so we are looking forward to running him.   VINNIE LEWIS Vinnie Lewis is set to run in a competitive handicap chase over 3 miles at Sandown tomorrow.  He lines up in this race which he finished second in last year.  He has been in good form at home but things sadly haven't quite gone to plan on the track for him so far this season.  Hopefully he can run a nice race around a track which he enjoys.  He has dropped down to a workable mark now, so hopefully in his conditions around the track which suits him well he can run a decent race.   MEDALLA DE ORO New recruit, Medalla De Oro holds a couple of entries next week in novice hurdles.  Warwick on Sunday looks hot so we may well wait with him for a better opportunity.  He is a good, tough ex flat horse with plenty of ability.  He has been a real natural to jump, so we are looking forward to getting him started over hurdles.   COURT LIABILITY Court liability has had a bit of time off since having a wind operation, but is ready to run again now.  The switch to fences hasn’t brought him back to where we would like him, but hopefully the wind operation will help.  He is set to line up at Warwick on Sunday in a handicap chase over 3m5f, where hopefully conditions will suit him.  Hopefully off the back of a wind op he can show some improvement and get back to to somewhere near his old form. 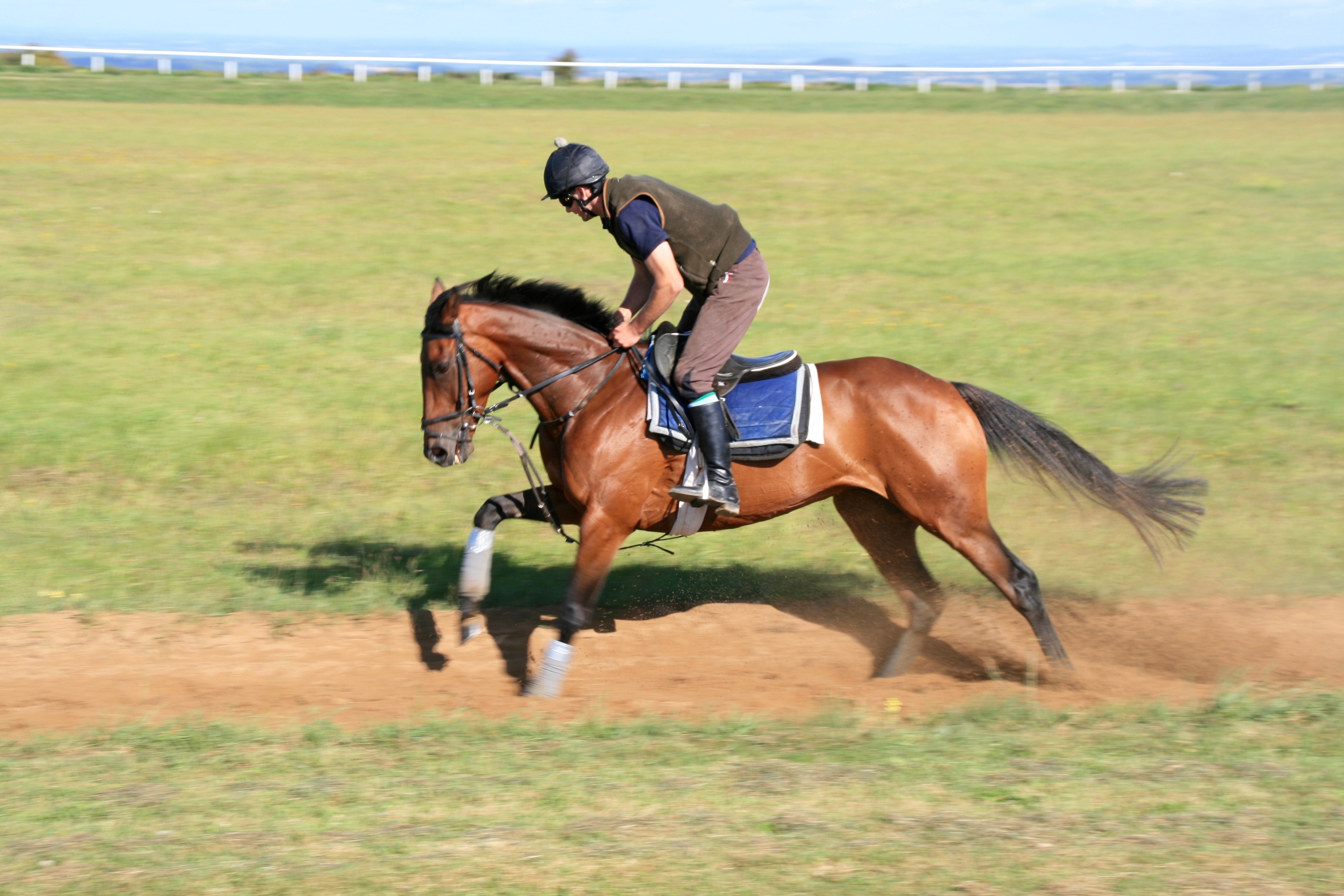 YOUNG BULL Young Bull has had a cracking season so far wining three times and improving enormously.  He is set to take a step up in class and also a step up in trip, in a handicap hurdle over 3m 2f on the same card at Warwick on Sunday.  Hopefully he can run a big race in this stayers series qualifier.  He is in good form at home so we are hopeful of a good run.   BLACK ABBEY Black Abbey holds a couple of entries in juvenile hurdles next week.  He has been freshened up since his last run and we are looking forward to getting him out again.  He has shaped well enough so far finishing second twice, showing that he definitely has ability.  We will review the entries before making a decision as to where we run next week. 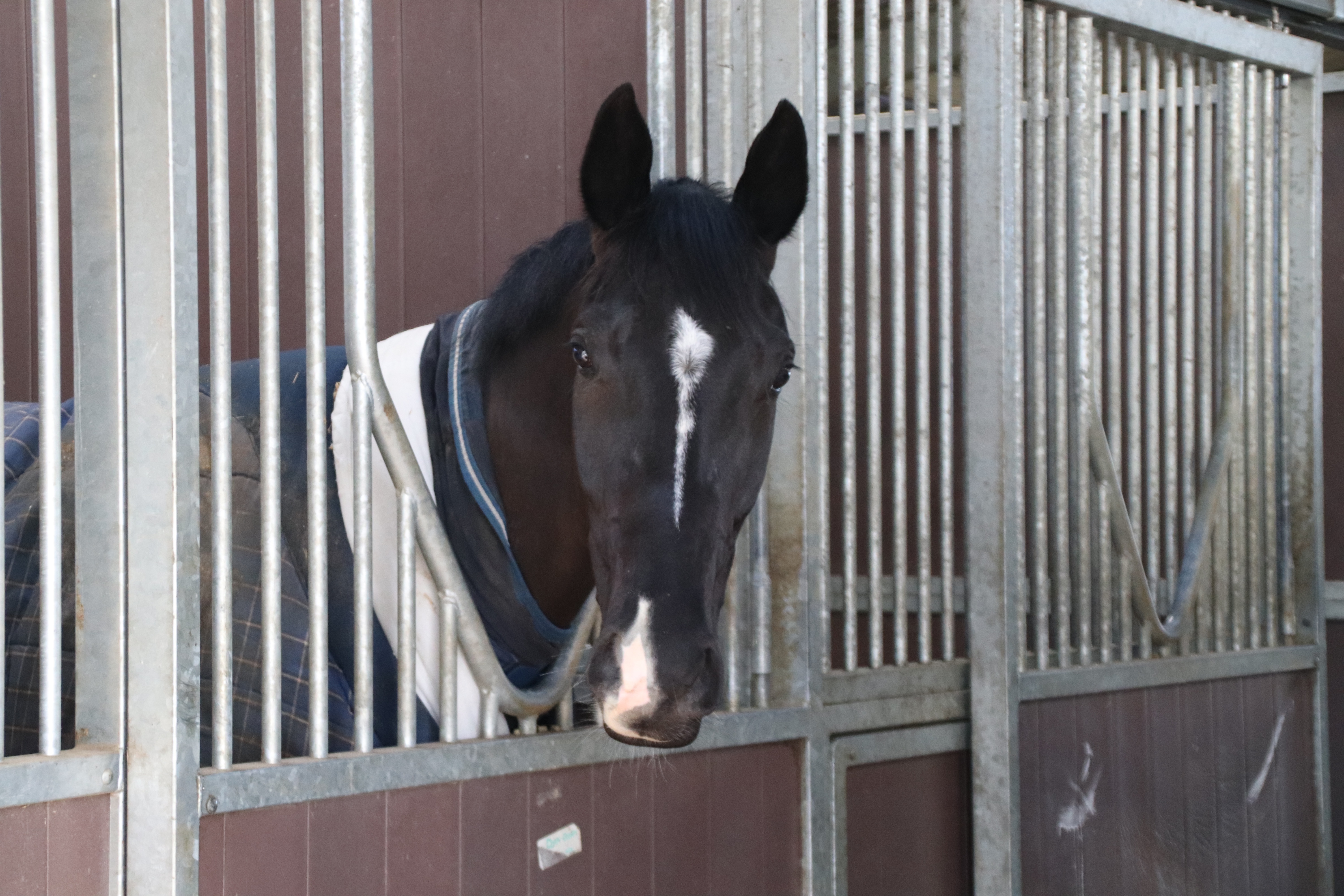 SHANTOU VOW Shantou Vow has had to miss Sandown today due to another abandonment.  It is very frustrating with these meetings being called off as he has been in good form at home, and we have been waiting to run him for over a week now.  We have now found 2 or 3 other options for him, for which we will review the opposition and conditions before making a decision as to where to run him.   DEER HUNTER Deer Hunter holds an entry in the bumper at Huntingdon next Wednesday.  He will have a number of entries in the coming weeks, so he’s not guaranteed to run here.  It will depend on whether we can get a good available jockey with Cheltenham being on, and also weather the ground dries out enough.  He is in good form at home and shaped nicely on debut so we look forward to running him.   CHELTENHAM FESTIVAL ENTRIES ROUGE VIF Tuesday @ 2.20pm Racing Post Arkle Challenge Trophy Novices' Chase (Grade 1) 1m7f Rouge Vif  is all set to line up in the Arkle this year.  He has had a cracking season so far winning twice including the Grade 2 Kingmaker at Warwick last time out.  He’s done nothing but improve all season and ticks all the boxes in terms of what you need order to run well in the Arkle.  It is an open contest this year, but as ever it will be incredibly tough to win.  Our horse goes in there with plenty of confidence and in good form, so hopefully he can run a big race. 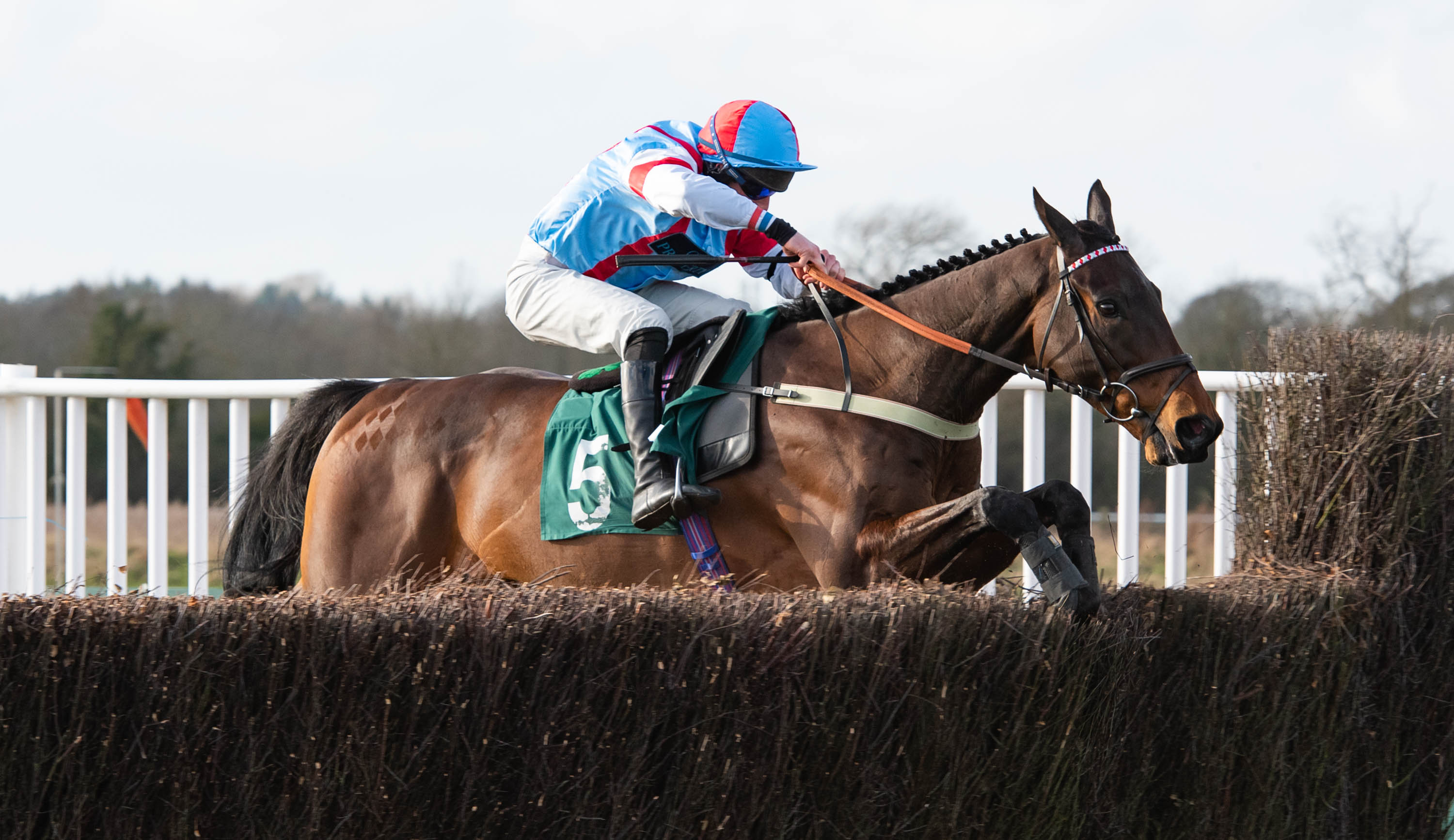 SIMPLY THE BETTS Thursday @ 1.30pm Marsh Novices' Chase (Grade 1) 2m3f or Thursday @4.10pm Brown Advisory & Merriebelle Stable Plate Handicap Chase (Grade 3) 2m4f Simply the Betts holds 2 entries next week; The Brow AdvisoryPlate and also the Grade 1 Marsh Novices' Chase.  He is in very good nick at home and won nicely at the track last time out.  He is off a mark of 149 which makes him favourite for the Brown Advisory.  Hopefully he can turn up there in the same form as he did last time.  He goes there with lots of confidence so we are looking forward to running him. 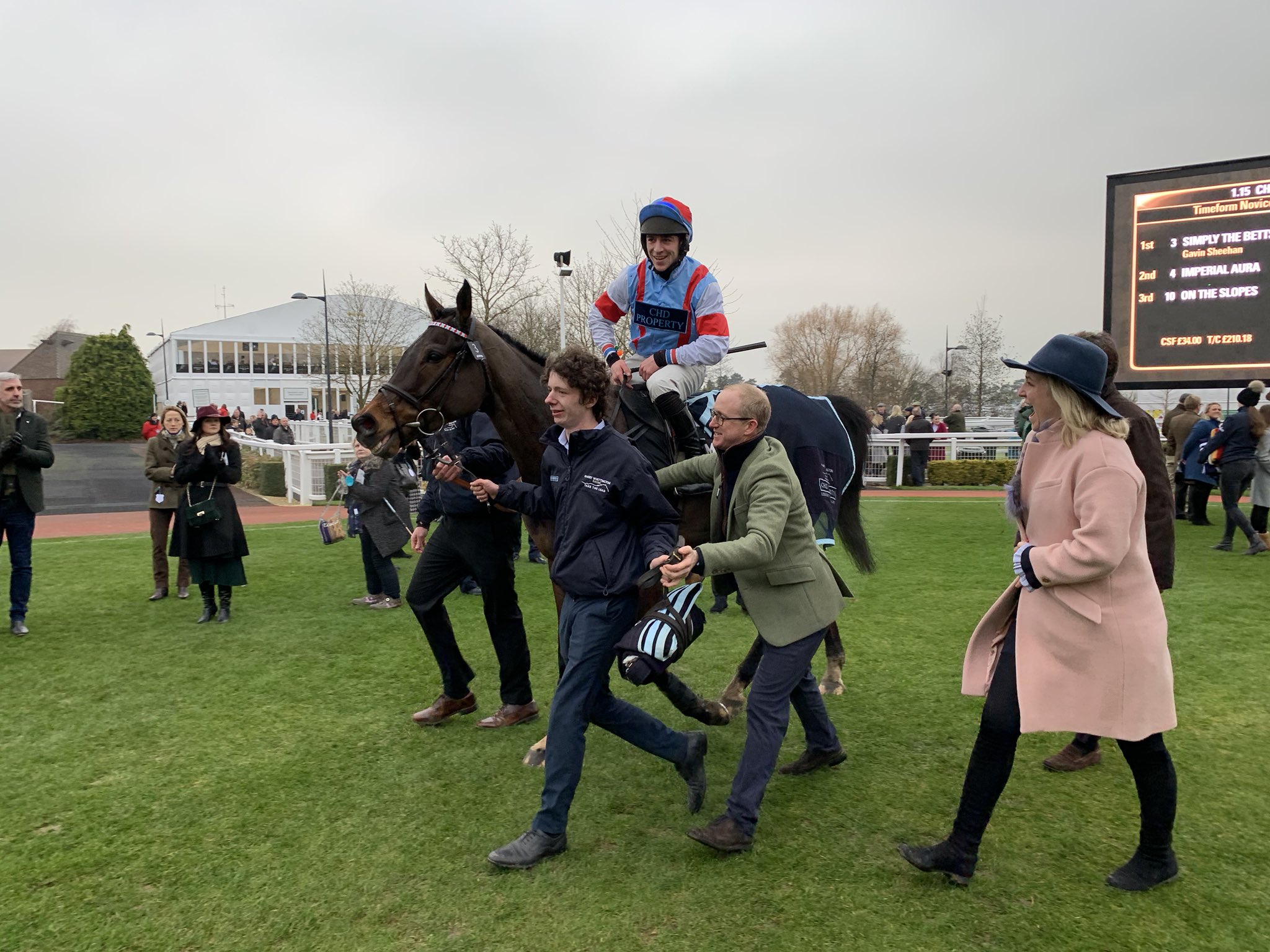 SAINT CALVADOS Thursday @ 2.50pm Ryanair Chase (Grade 1) 2m4f Saint Calvados is in great form at home and is returning to the track he has run at all season to line up in the Grade 1 Ryanair.  After his weight carrying performance on New Year’s Day we feel he is entitled to have a go back in a Grade 1.  We couldn’t have him in better shape, and he looks to be a better horse on the track when turning up fresh.  It is going to be a tough race but we couldn’t have him in better form, so we are looking forward to running him. 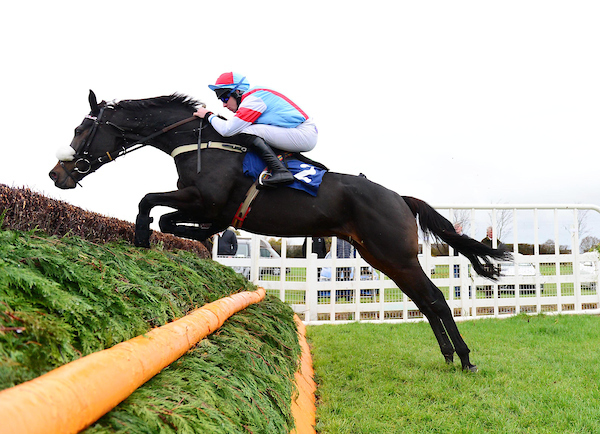