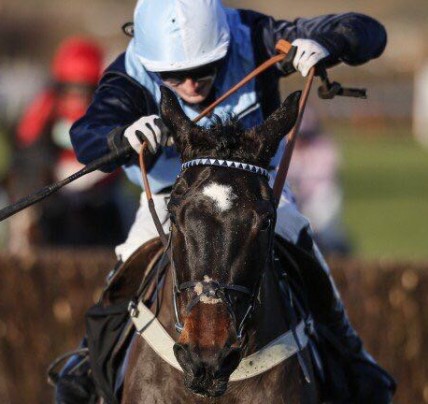 THE SUSSEX NATIONAL, A TRIP TO IRELAND AND A SAD LOSS

THIS WEEK   It’s been another brilliant week for the yard out on the track as Vinnie Lewis landed the yard’s second National success when he blitzed round Plumpton destroying all his rivals in the testing ground to win The Sussex National on Sunday.  A landmark victory for the yard and we couldn’t be happier for his proud owners The Racing Demon Partnership and our hard working team.  Since then Harry has crammed in a trip to Ireland to source some more future stars as well as a visit to Coolmoore along the way...   REPORTS   Vinnie Lewis improved again to win the Sussex National in impressive fashion at Plumpton on Sunday.  It was a competitive renewal and Vinnie caught the eye from an early stage.  He went through the race very smoothly, jumped well and when Harry asked him to put the race to bed he did so in taking fashion.  He lead the field turning in, popped the last 2 fences and went away to win by 6 lengths.  This was a huge step forward and there's more to come from the improving staying chaser.  The Eider could be next on agenda. Tierra Verde finished 5th on hurdles debut at Fontwell on Monday.  She had some solid bumper form last season and her jumping had been very good at home.  She jumped off in a handy position and was far more careful at her obstacles than expected.  The ground was very testing and she travelled well for the most part, but when the pace lifted on the final circuit she couldn't go with the leaders.  She showed a good attitude to plug on for 5th.  We will look for some less testing ground for her next time.   Ruby Yeats finished 9th on her seasonal reappearance at Doncaster on Tuesday.  She hadn't travelled in her races last season despite posting some very solid form, so we opted for the cheekpieces here.  She jumped off in a handy position and was very free throughout the contest.  Her jumping was much improved and she went through the race much better than at any point last season.  She was still in the mix turning into the home straight, but her early exertions told and she was entitled to get tired on her first run for a long time.  This was a reasonable reappearance and she should improve for the outing.   ENTRIES   The Harry Whittington Racing Club's Spirit of Rome is set to have her 2nd hurdle start at Hereford on Tuesday.  She produced a cracking performance to finish 2nd in a small but select field at Fontwell on Boxing Day and has improved for the run.  This looks quite a competitive race at entry stage but she should be competitive.  The drop in trip shouldn't be a problem.   Saint Calvados is set to have his 2nd chase start at Newbury on Wednesday.  He was an impressive winner of a Novices Handicap Chase at the same course last time out and got raised 4lbs for that win.  He is a young improving horse, who has plenty more to come and although 147 is a high mark at this stage he should go close again. Hopefully this can be a stepping stone to some nice races in the spring.   STARTACKLE - A VERY SAD LOSS   As is sadly the nature of this game we often experience extreme highs coupled with almighty lows, the later of which came when we sadly had to say good bye to Star Tackle this week, who unfortunately despite battling through colic surgery he lost the fight coming out of it just days later.  A tragic loss for the team and his proud owners.  He was a much loved young horse with a bright future. 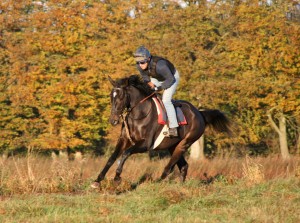