THIS WEEK Spirits have been lifted again this week with more runners and some really good, consistent results to report.  We may still not have the rain we're all crying out for but opportunities are starting to open up a little more.  The opening fixture at Cheltenham gets under way today which means the National Hunt season must have arrived! HWR will be well represented by one of our key flag-bearers, Bigmartre who takes his chance in the Randox Health 2m Handicap Chase tomorrow.  We look forward to starting off his campaign this season and for what's in store for many others in the coming weeks... 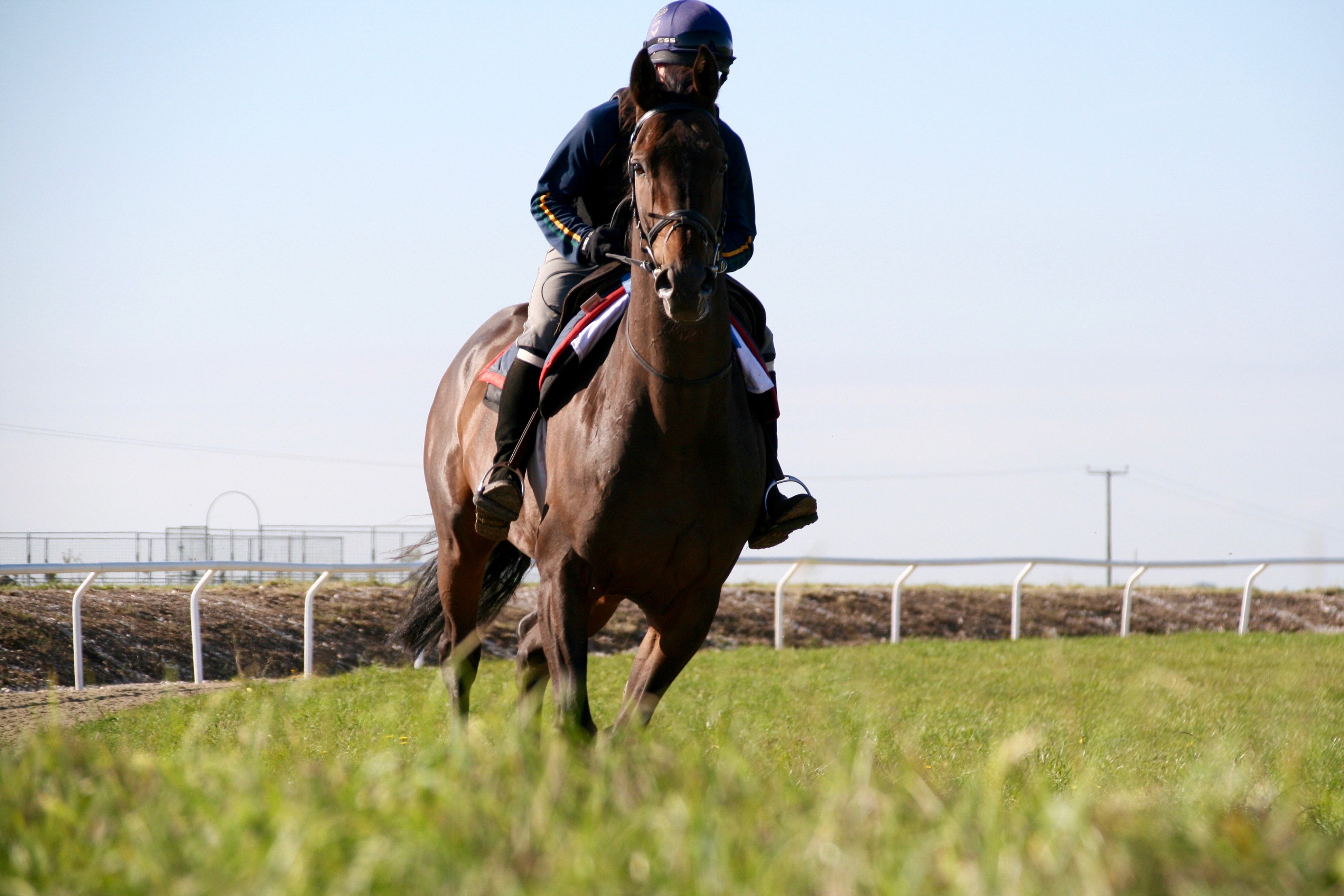 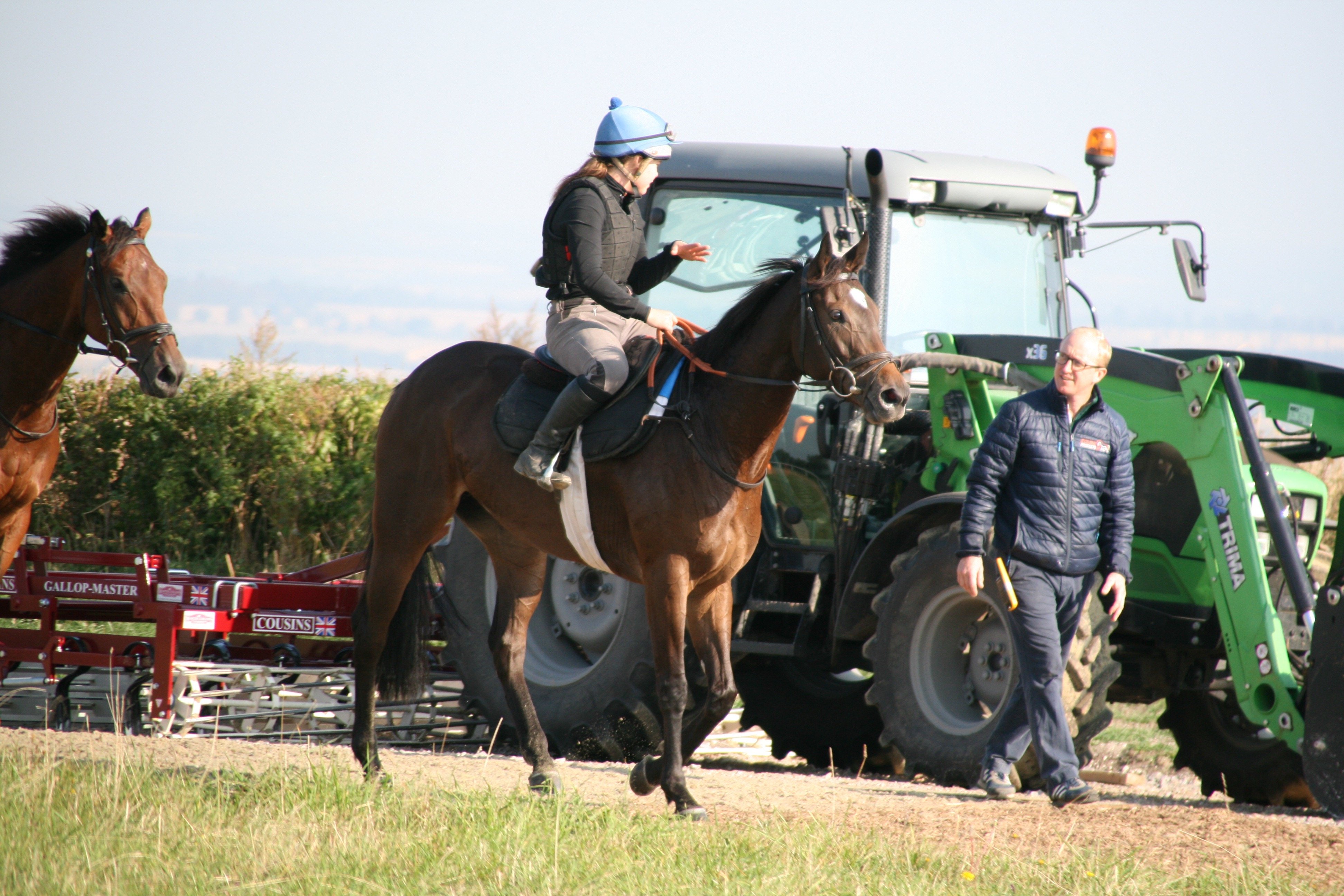 REPORTS YOUNG BULL Young Bull ran a very promising race to finish 3rd on his first bumper start at Ffos Las on Saturday.  It looked a competitive race on paper and it proved just that.  They went a very strong pace from flag fall and Young Bull showed his inexperience by running in snatches.  He got quite a long way back turning for home but when Harry asked him, he picked up nicely for pressure.  He stayed on powerfully to take 3rd place on the line.  This was a very likeable debut from this exciting prospect. BOYCHICK Boychick finished 6th on his latest hurdles start at Plumpton on Monday.  He jumped well in the main under conditional jockey Harry Reed but came under pressure earlier than he had on his previous starts.  He was outpaced turning in and eventually finished 6th.  He didn’t enjoy the switch to this track and we will look to go somewhere else with him next time. PERFECT MYTH Perfect Myth took a step forward to finish 5th on her latest flat start at Pontefract on Monday.  She was given a patient ride in rear by jockey Graham Lee.  She travelled well throughout the contest and when Graham asked her to pick up, she found more for pressure than on her previous two starts, hitting the line hard to finish 5th.  This was a step in the right direction and she should be eligible for handicaps now. HURRICANE LIL Hurricane Lil finished down the field on her latest flat start at Kempton on Tuesday.  She was drawn 1 which meant she had to be ridden more positively than ideal, but she broke well and took a nice position in behind the leaders.  She turned in with every chance but had her run stopped on two occasions which cost her any chance.  We will see what the handicapper does before making a plan with her. VINNIE LEWIS Vinnie Lewis made his second hurdle start of the season a winning one, with a pillar to post victory at Southwell yesterday.  He made all under a positive ride from Harry Bannister, jumping very well throughout.  Harry wound the pace up on the final circuit, kicked turning for home and Vinnie pulled away from his rivals to win by an eased down 4 and a half lengths.  This was a pleasing performance and he’s got an exciting season ahead over hurdles and fences. THE GO TOU MAN The Go Tou Man produced a career best to finish 2nd at Southwell yesterday.  He put his seasonal reappearance at Newton Abbot firmly behind him with his best display yet.  He jumped and travelled better than ever just behind the front running Royal Ruby.  The race took shape down the back straight when plenty of the opposition came under pressure.  Leaving the back he looked to have every chance and did hit the front between the last two hurdles, only to be run down by Guard of Honour in the closing stages, eventually finishing 2nd.  This was much more like it and there’s plenty more to come from him. 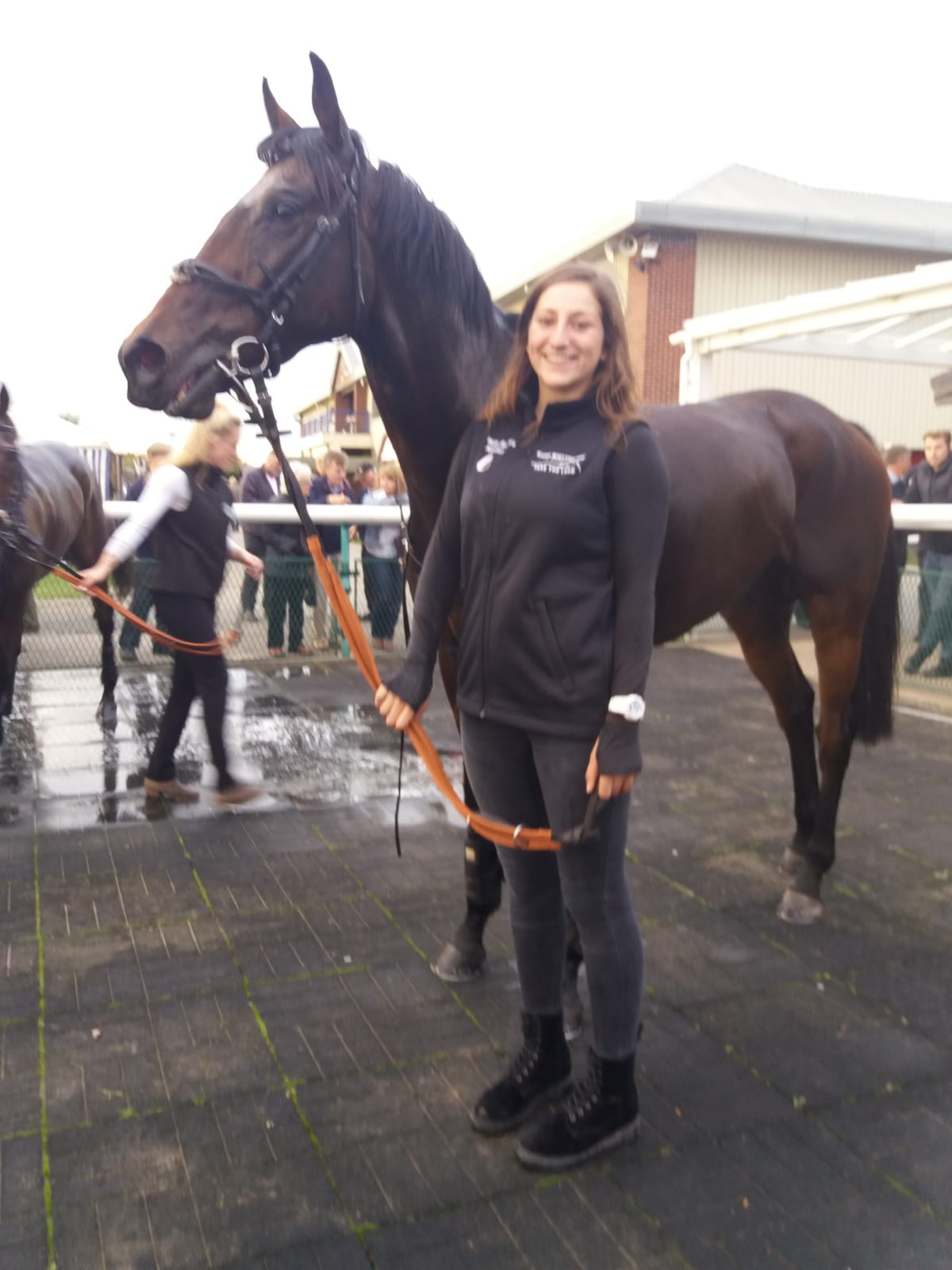 JOHNNY ROCCO Johnny Rocco finished 6th on his second bumper start at Southwell yesterday.  He switched off nicely in the middle of the field and travelled well early.  The pace wasn’t very strong so there was lots of jostling for position and Johnny made good ground to get on the heels of the leaders leaving the back straight.  He got a bump inside the 2 furlong pole and this halted his momentum.  He stuck on well to finished 6th.  This was a decent run and he should improve for the experience again. ENTRIES BIGMARTRE Bigmartre is set to have his first start of the season at Cheltenham tomorrow.  He was an absolute star for the yard last season winning 3 of his 5 chase starts, culminating in Grade 2 success at Ayr in April.  He runs here off a mark of 148 which looks reasonable, he has an excellent record when fresh, the good ground will suit and his preparation has gone very well.  It’s a competitive race but he should be right in the mix. GENIUS Genius holds an entry at Cheltenham on Saturday but won’t take up his engagement.  He has plenty of options in the first couple of weeks of November and is likely to take in one of those.  He was an impressive winner on his only start at Southwell back in May and he’s a top prospect for this season. HENRIETTA BELL Henrietta Bell has missed a couple of bumper options due to fast ground but is now set to make her first start for the yard in a bumper at Aintree on Sunday.  She’s just had the one start previously in a Irish Point to Point where she showed lots of ability in a race that has worked out well.  She’s from a quality family, her work has been good and this race should tell us plenty more about her.  She’s an exciting recruit. THE DUBAI WAY The Dubai Way holds chase entries at Ayr on Monday and Sedgefield on Thursday but is unlikely to run because the ground is too fast for him.  He has come out of his Southwell run in good form but needs soft ground to be seen at his best.  He has other options next month. A LITTLE EARLY New recruit, A Little Early holds a bumper entry at Ayr on Monday, but is another who is likely to wait for next month.  He’s a 4yo gelding by Carlotamix from the family of smart chaser Therealbandit. MAJESTIC LORD Majestic Lord is another newcomer who is set to have his first start in a bumper in the coming week.  He’s a 4yo Youmzain gelding who is a half brother to the Group 3 winner Noor Al Hawa.  He holds entries at Ayr on Monday, Chepstow on Tuesday, Fakenham on Wednesday and Uttoxeter on Friday.  He should make his debut in one of these. JAMMY GEORGE Jammy George holds his first entry for the yard at Bangor on Tuesday.  He had 4 starts in Ireland for trainer Tom Cooper last season, winning his second bumper start on heavy ground at Limerick in December.  He had two starts in hurdle races but was was below his best.  If he can translate that bumper form to hurdles he is more than capable, but is on a bit of a retrieval mission.  He’s a half brother to Grade 1 winner Lucky William, so there’s plenty of ability in the family. 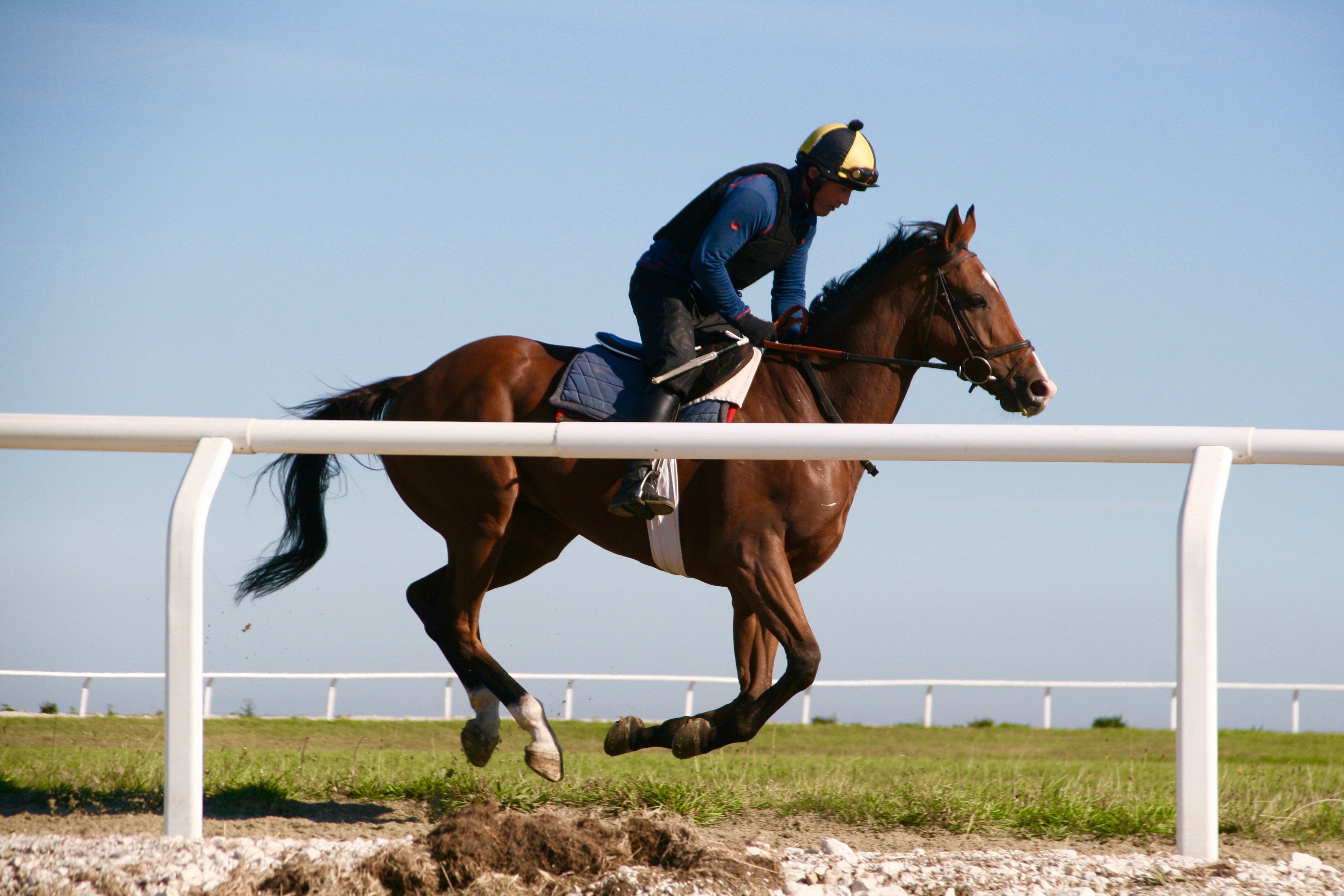 WEAPONS OUT Weapons Out is set to make his racecourse debut in a bumper at Bangor on Tuesday.  He’s a 4yo gelding by Brave Mansonnien, whose dam is 5 from 6 with her runners under rules.  The family possesses plenty of speed, he’s working nicely at home and we can’t wait to see what he can do on the track. SALTO CHISCO Salto Chisco is set to have his next start back over hurdles at Fakenham on Wednesday.  He’s placed on all 6 of his starts under rules this season and ran very well to finish 3rd in the Legends charity race at Chepstow last time.  This 0-110 handicap hurdle is the lowest class of race we’ve been able to get him into this season and if he can sustain his consistent form he should run very well again. ROUGE VIF Rouge Vif holds his next hurdles entry at Stratford on Thursday.  He shaped well for three quarters of the race jumping and travelling well before getting very tired on the soft ground at Newton Abbot earlier this month.  He’s sharper for that run, he will appreciate a sounder surface and we are looking for a step forward from him. 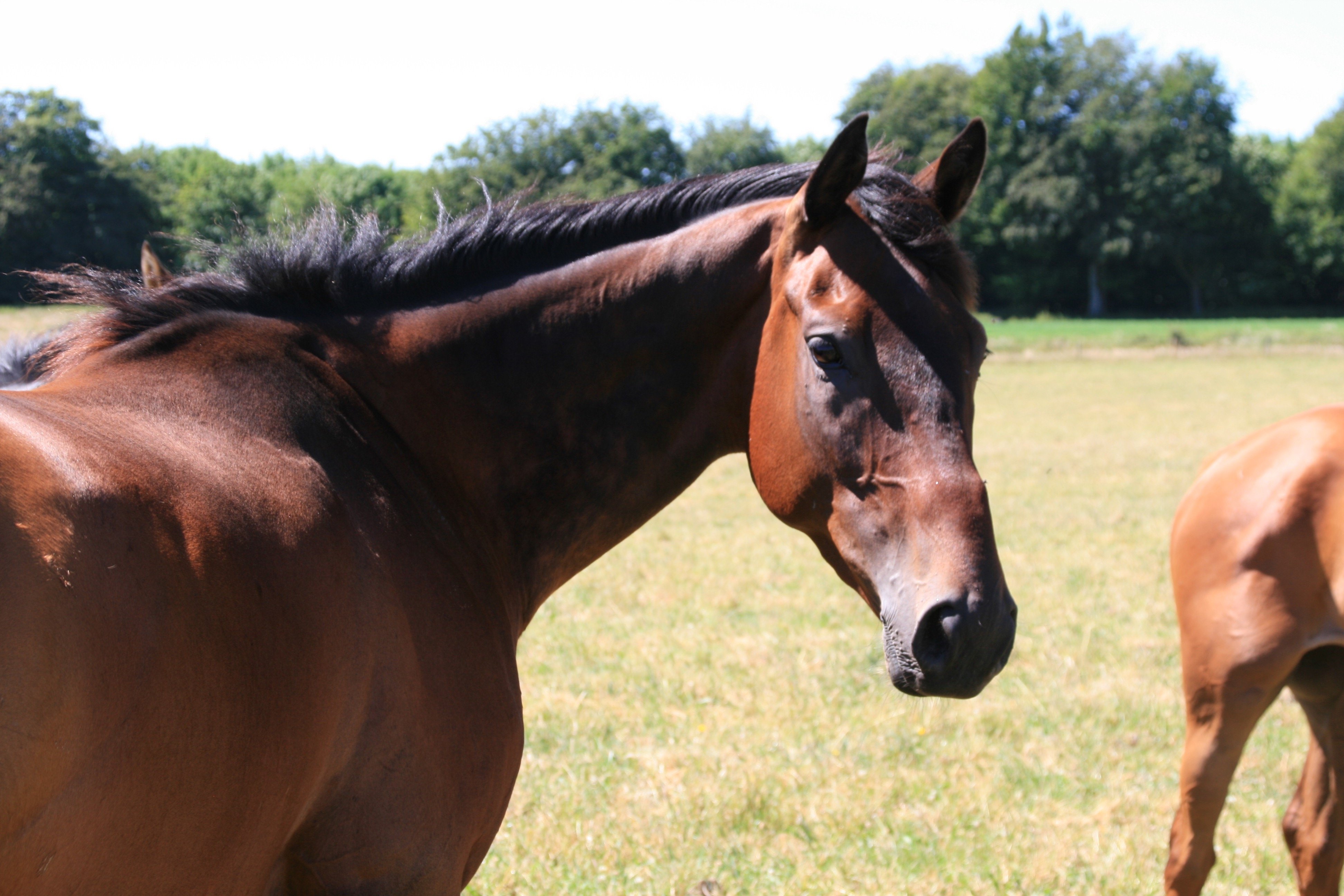 SPEEDY CARGO Speedy Cargo is all set for his first hurdles start in the coming week, he’s got plenty of entries and his first one is at Sedgefield on Thursday.  He ran a respectable race on yard debut in a bumper at Fontwell earlier in the month and has schooled nicely in preparation for this.  His point to point form reads very well, he’s got a cracking attitude and we are looking forward to getting him started over hurdles.