THIS WEEK We're pleased to have kicked off December well with two impressive winners so far and plenty of other placings too.  The rain has arrived and we're all praying it continues to pour ahead of a big day at Sandown tomorrow where we'll be represented in the feature race, The Tingle Creek.  It's a really exciting opportunity to be sending out such a strong prospect to line up in this prestigious Grade 1 contest against what is now a very select field of just 4, and we hope he comes home safely.  We've also got 3 other runners lined up for tomorrow and plenty more over the coming week - onwards in to battle we go! 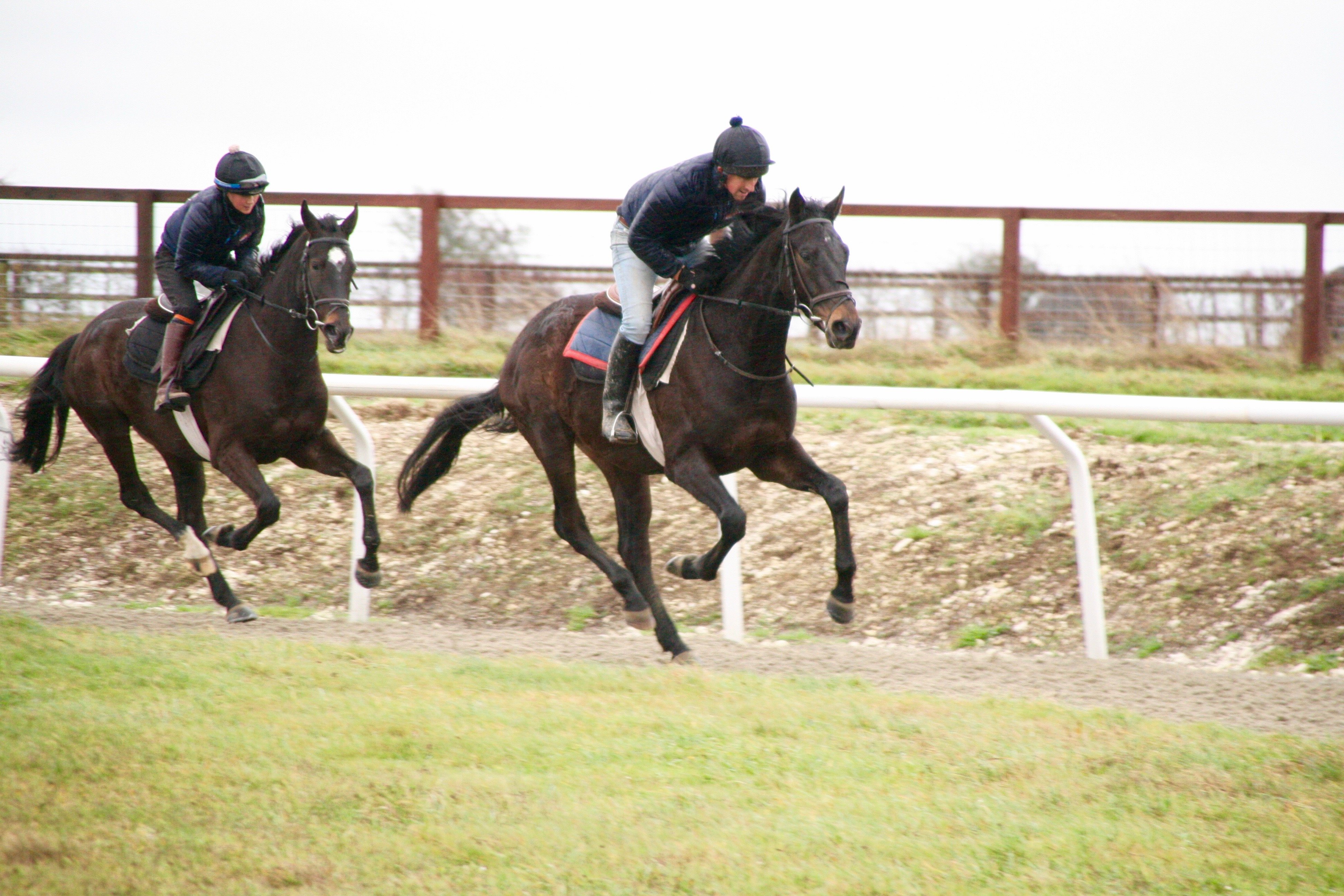 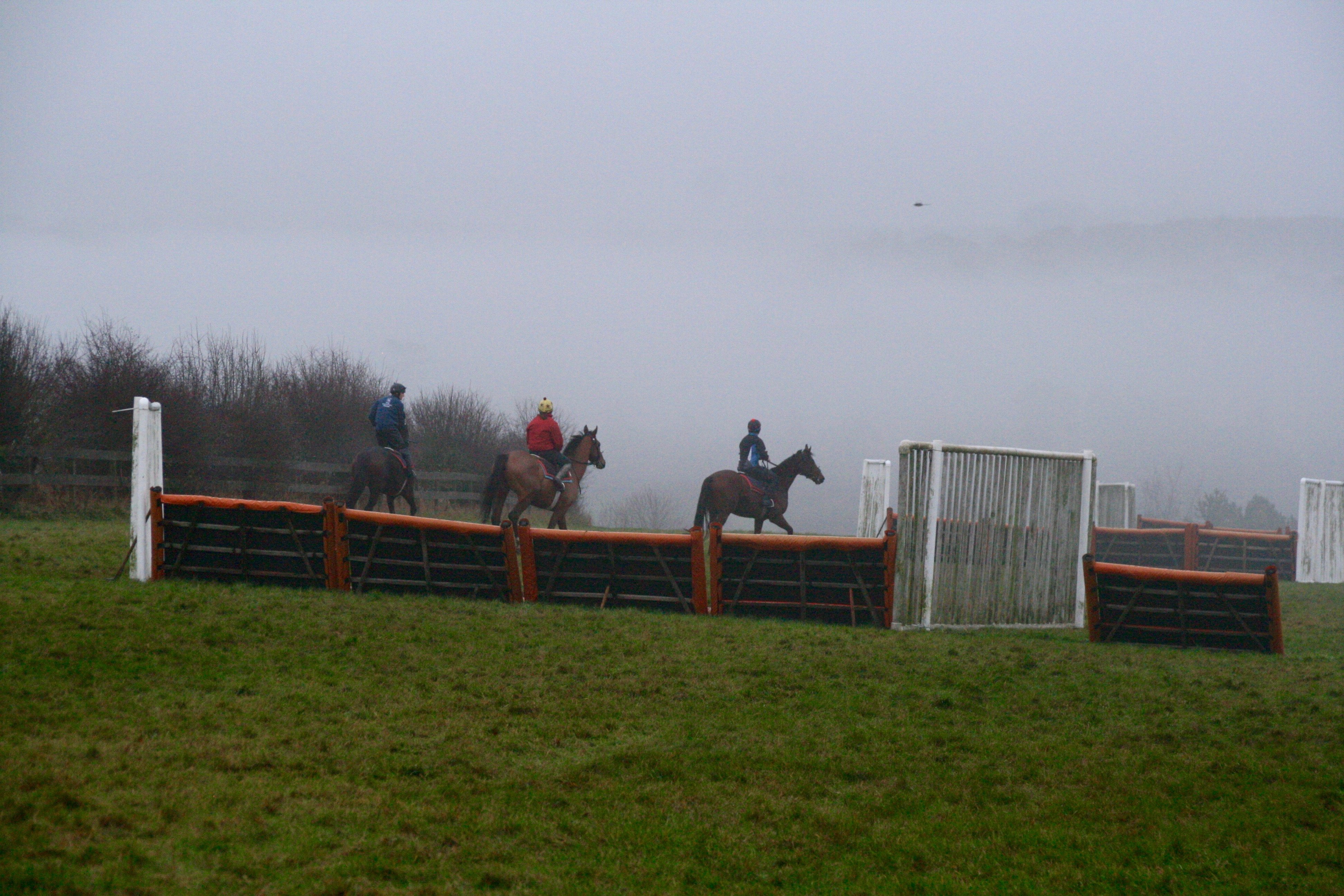 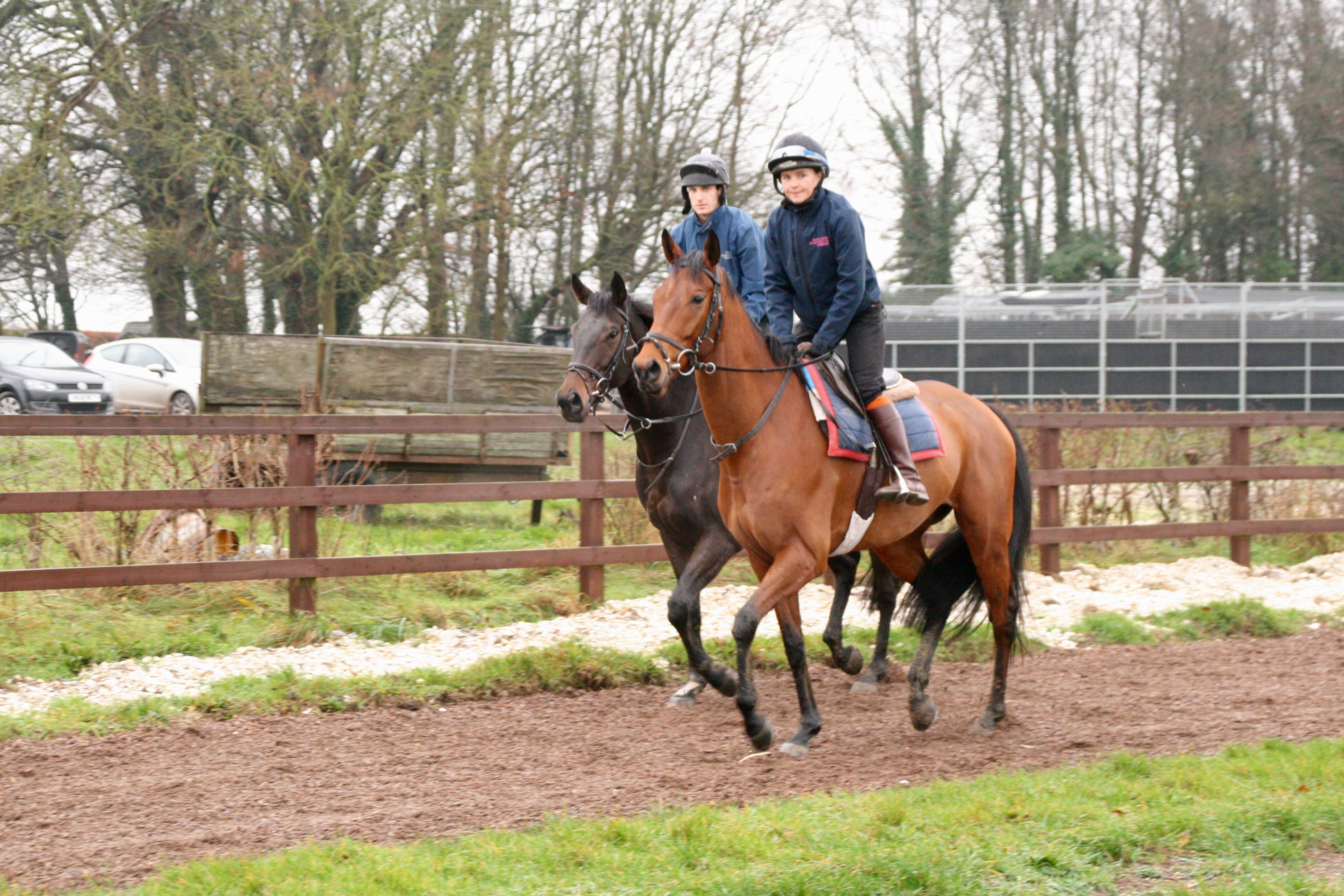 REPORTS ANEMOI Anemoi won impressively under a penalty at Doncaster on Saturday.  It wasn’t ideal that there wasn't any obvious pace in the race, which meant that he had to effectively make his own running.  He still showed signs of being green throughout the race but when the other runners came to him in the home straight he picked up very well.  He eventually pulled well clear of the field to win by an eased down 8 lengths.  He has an opening mark of 135 which we feel is about right and now we will look to step him up in class for his next run. SIMPLY THE BETTS Simply the Betts was our other runner at Doncaster on the same card, who finished fourth in the Class 3 Handicap Hurdle.  He travelled well throughout the race and jumped his way into contention, being the last one off the bridle three out.  Unfortunately he then found very little which was extremely disappointing. Consequently, Gavin felt something stopped him, so he is booked in for an over ground scope next week.  He is a horse with plenty of class, so we feel sure once we find the problem he will be back to his best on the track. BIGMARTRE Bigmartre was our third runner on Saturday at Newbury at the Ladbroke Meeting, who unfortunately pulled up.  The race was very competitive with plenty of pace.  They went off at a furious gallop, which meant he wasn't able to make the running as normal.  Having missed the first fence at the gallop they were going, his jumping went to pieces.  Subsequently, taking too many chances and eventually hitting the fifth hard.  Harry decided to pull him up, which is very unusual for Bigmartre, but definitely the right decision to make.  We will now focus on getting his confidence back in his schooling at home before looking to run him again. 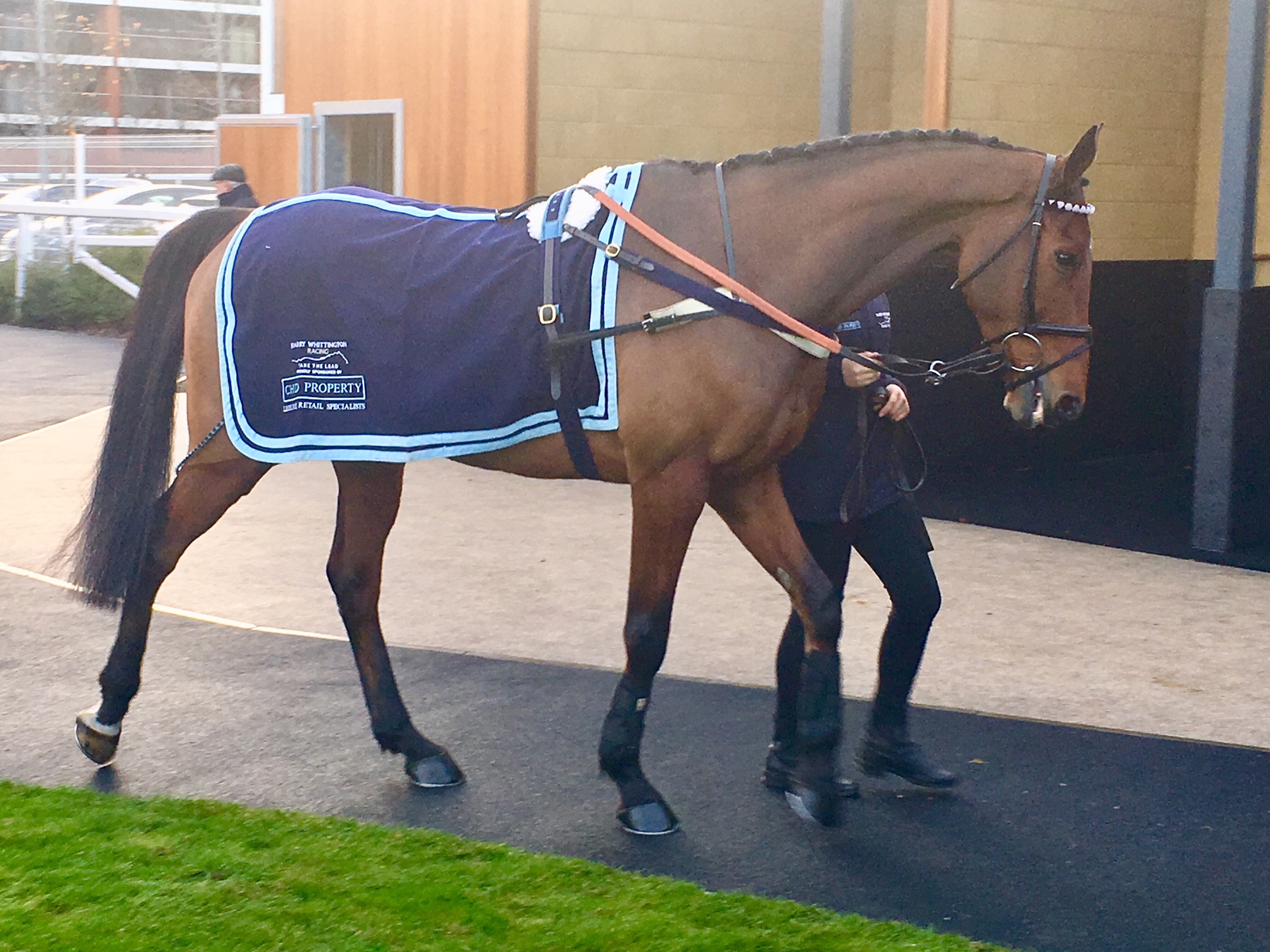 JOHNNY ROCCO Johnny Rocco took a massive step forward to finish third in the 2m novices hurdle at Plumpton on Monday.  His schooling had been above average for a novice, so we were looking forward to see what he could do over hurdles.  Harry looked to line him up to give him plenty of confidence, his jumping was excellent and he travelled strongly throughout the race.  Unfortunately he got outpaced turning in against his two remaining rivals who both looked incredibly smart.  He stayed on however and knuckled down well to beat the rest of the field, eventually finishing third. WEAPONS OUT Weapons Out took the long journey up to Musselburgh on Monday to run in the bumper.  He travelled very well throughout the race, however perhaps a bit too keen early on.  He looked the winner three furlongs out, but unfortunately just got outstayed to finish a solid second pulling a long way clear from the third horse. ROUGE VIF Rouge Vif is our second winner to report who made all to win the 2m novice hurdle at Southwell on Tuesday.  The combination of the return to a left-handed track along with a first time hood meant that he relaxed and jumped much better this time.  He couldn’t have been more impressive and it was so pleasing to see how he finished off his race so strongly.  He is really starting to go the right way mentally and we're delighted to see him continue to improve.  We will find him a smaller race under a penalty next time out. LANTIERN Lantiern ran in the bumper on the same card at Southwell on Tuesday and finish fifth.  There was plenty of pace on which there usual is in these boy’s races.  He switched off very nicely in behind and looked to be cruising down the back straight, when the race started to fall apart.  He travelled past horses very easily and as they turned in he was sat second and looked to be going the best, showing loads of class.  Frustratingly when he came off the bride in the home straight, he hung badly and wasn’t able to finish off his race.  There was clearly something stopping him, therefore we will look to take him for an over ground scope and hope we find something. THE GO TOU MAN The Go Tou Man was extremely disappointing at Leicester on Thursday, where he finished last of six runners.  Despite having cheek pieces on for the first time, he still failed to concentrate on running his race.  He led for the first half of the race before spotting the stable yard entrance around the bend and subsequently had to be pushed along approaching the fourth.  He was soon driven along and weakened three out before being bumped after the penultimate fence.  Jockey David Bass reported that he was never travelling. A very disappointing display from a horse who has shown plenty of ability in previous starts. ENTRIES JAMMY GEORGE Jammy George has been declared to run in the first race at Sandown tomorrow where he's set to make his second start for the yard.  There was a lot to like about his previous performance at Chepstow and the form of that race has since been boosted on Wednesday with the winner going on again to win under a penalty.  He has been in great form since and will have come on a lot for the run.  The very soft/heavy conditions on the track will be in his favour and we look forward to seeing him out again. 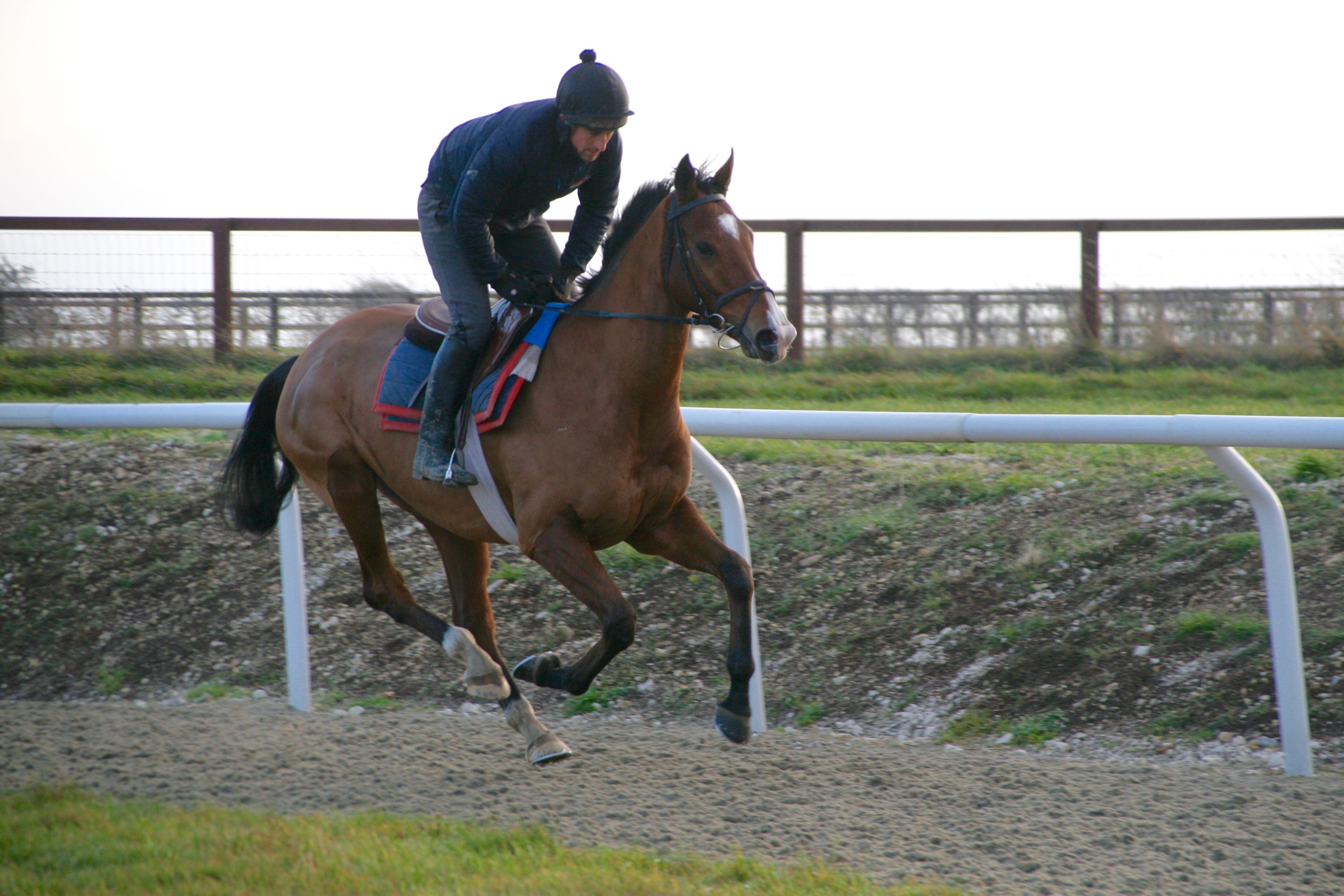 THE KINGS BABY The Harry Whittington Racing Clubs' new recruit The Kings Baby will also line up at Sandown tomorrow in the mares handicap hurdle race.  She is a lovely Kings Theatre mare, whom despite being on the small side seems to have plenty of scope and an excellent attitude.  She has been working really well at the yard and we are hopeful she is a nice new addition to this popular racing club. 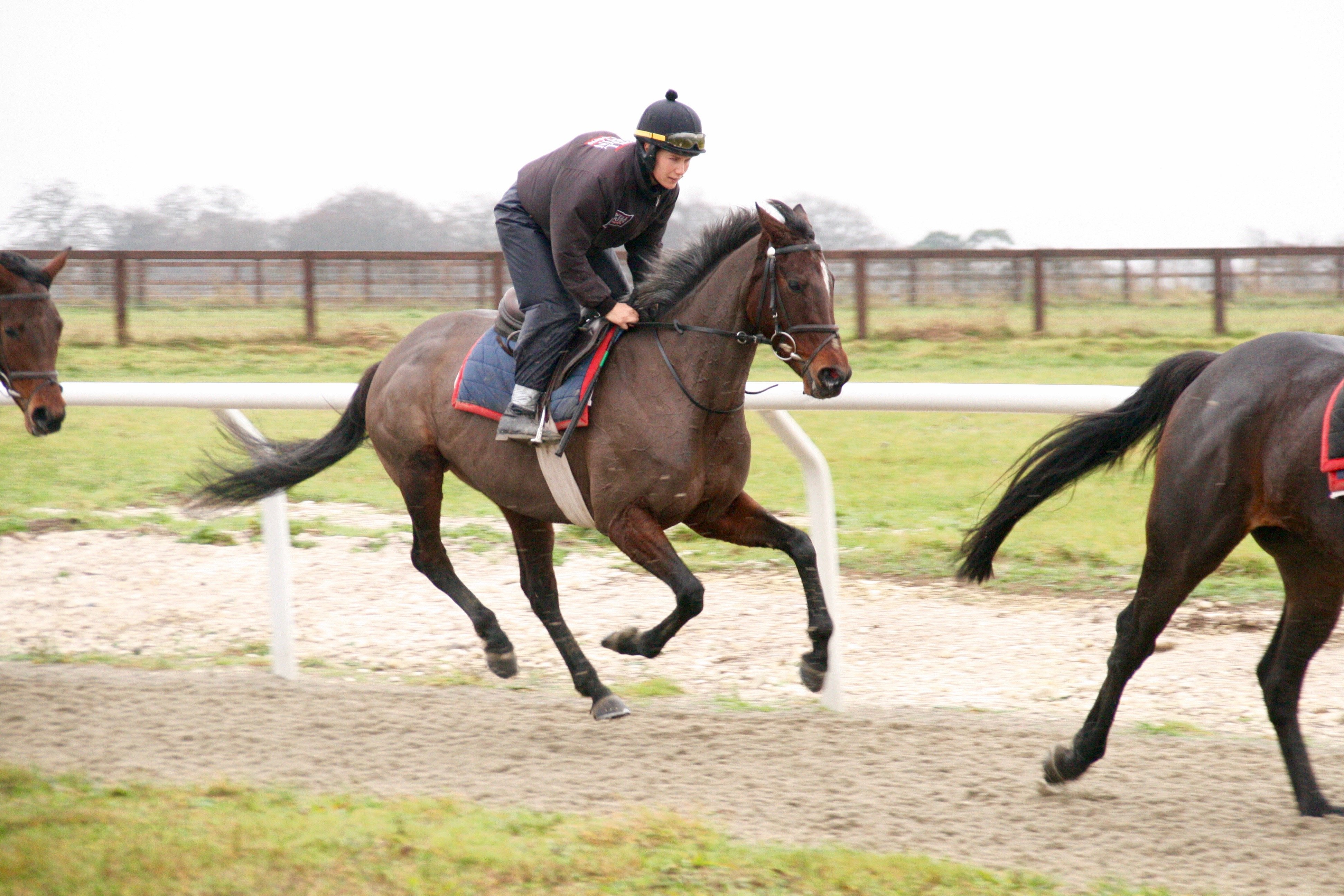 SAINT CALVADOS Saint Calvados is set to line up in the feature race on the card at Sandown tomorrow, the Grade 1 Tingle Creek.  It looks to be one of the best renewals of the race for a number of years, which despite just the four runners they boast 16 Grade 1 wins between them.  He's entitled to be running here off the back of such a good performance in Ireland and it's a dream to be part of such a prestigious race, not only for his owners Kate & Andrew Brooks, but also the whole team involved. DARA'S PRESENT Dara’s Present is set to make his long awaited return to the track next Thursday at Warwick.  He is in really good form at home and his schooling has been exceptional.  He sadly hasn't run in over eighteen months due to various niggles but he is a horse we have always held in high regard.  He showed a lot of promise in his only start for us two years ago and we are looking forward to getting him back on the track next week.  Whatever he does over hurdles will be a bonus as he is a huge horse with loads of scope so his future will lie over fences. YOUNG BULL Our final runner of the day tomorrow is Young Bull who will take his chance in the bumper at Chepstow.  He was eye catching on debut in a competitive bumper at Ffos Las and has came out of that race very well.  The form has been franked since, with a couple of winners coming out of it.  He has been working nicely and is ready to go again.  Whatever he does over hurdles and bumpers is a bonus, as he is sure to make a fine staying chaser in time. GENIUS Genius holds two entries in the coming week both in 2m hurdle races around sharp tracks.  He has been schooling really well at home and has shown he is quick over his hurdles.  He looks really well and is in good form so we are looking forward to running him again. COURT LIABILITY Court Liability will line up on Monday for the series qualifier at Musselburgh.  He has been off the track for a year now due to a couple of small niggles.  He is unbeaten for the yard and is in really good shape.  We are really looking forward to getting him back on the racetrack.  Lots of his form has been boosted in the last year and hopefully a step up in trip to 3m will bring about further improvement.  He has also developed physically over the past year, which is a big positive. CAROLE'S VIGILANTE