THIS WEEK Temperatures have reached record highs in the past week which has meant early starts to get the horses done in the cool before the heat of the day.  Our whole team have been brilliant as ever and extra credit must go to these guys when the temperatures reach the extremes as they have done recently.  We've had a very quiet spell on the track with just the 2 runners to report, one of which was another nice winner to top up the new season tally to 8 winners from a total of 27 runners so far this season.  So with a current strike rate of 30% we're feeling positive and will continue to keep kicking... 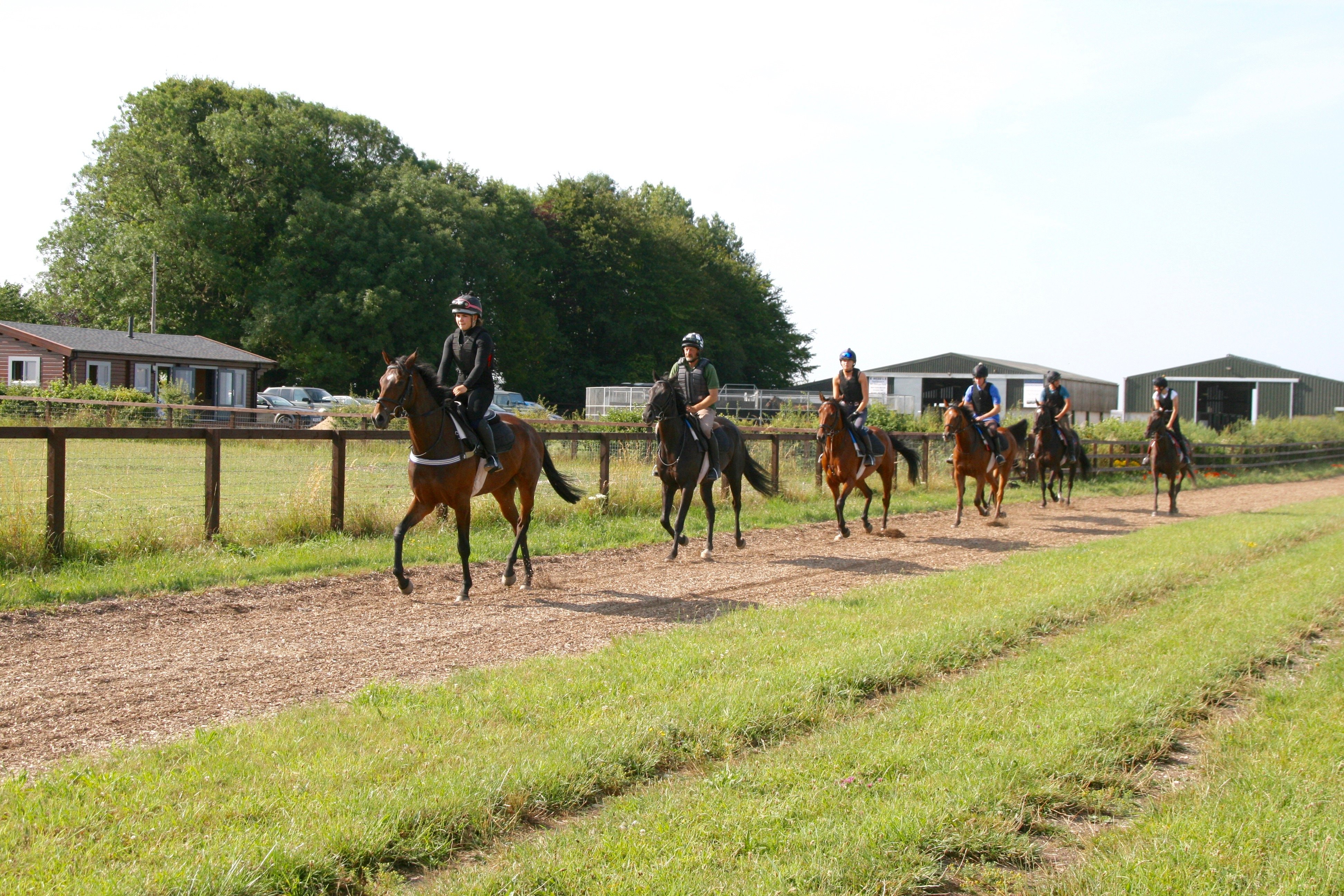 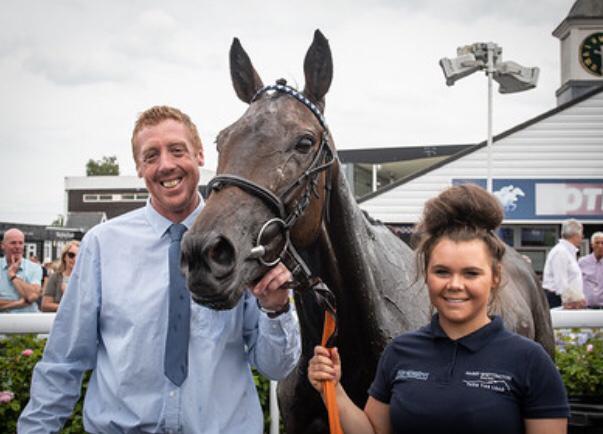 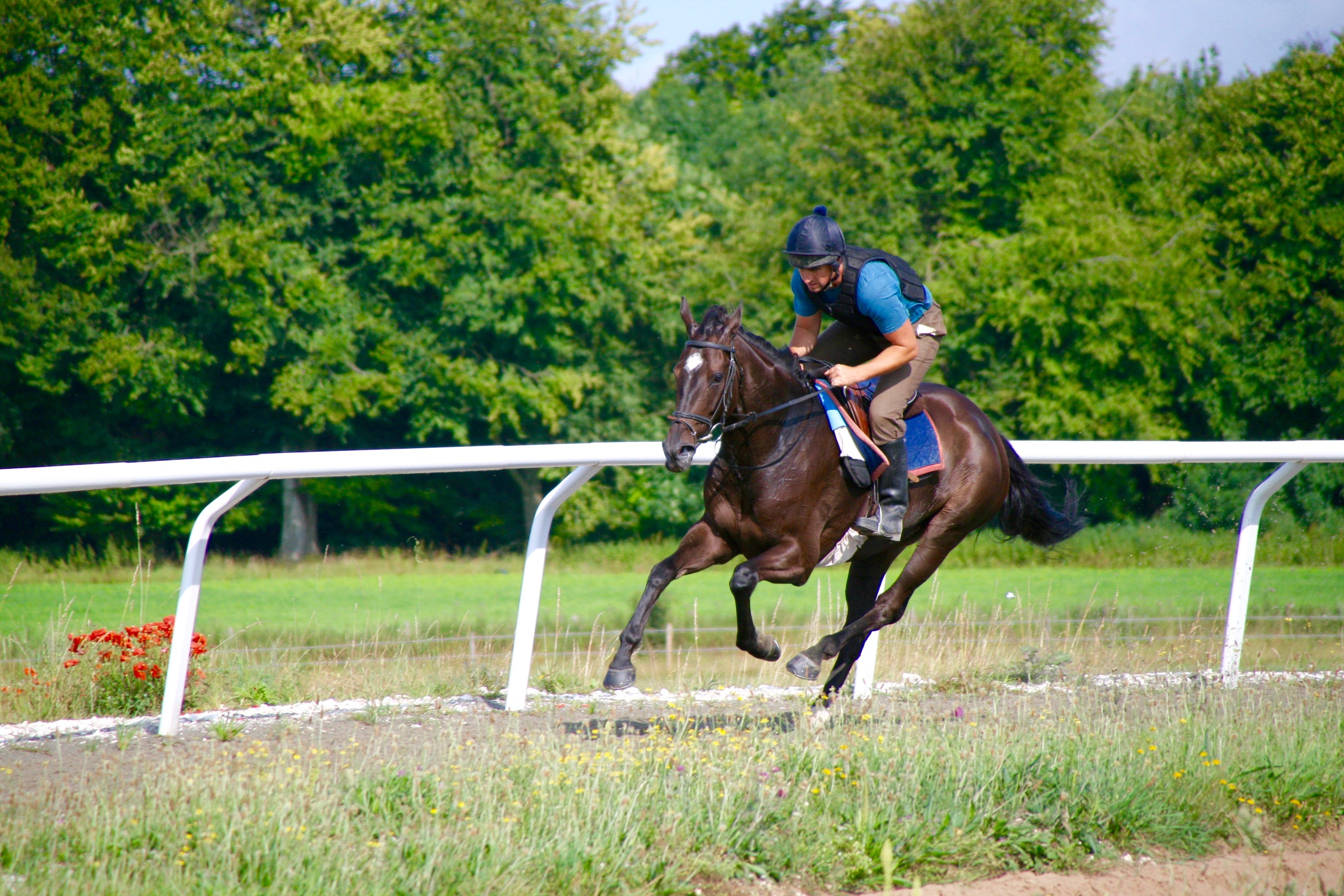 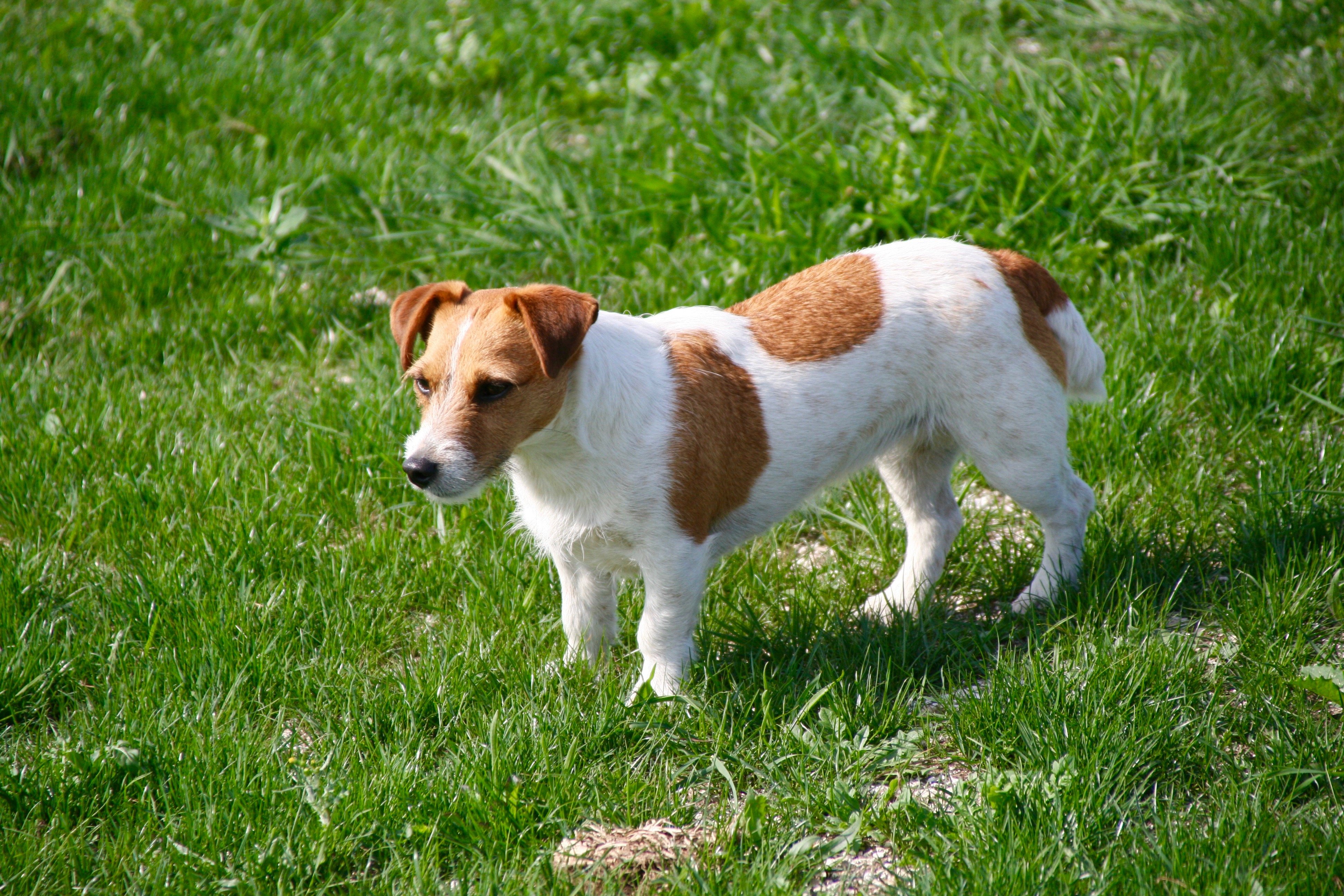 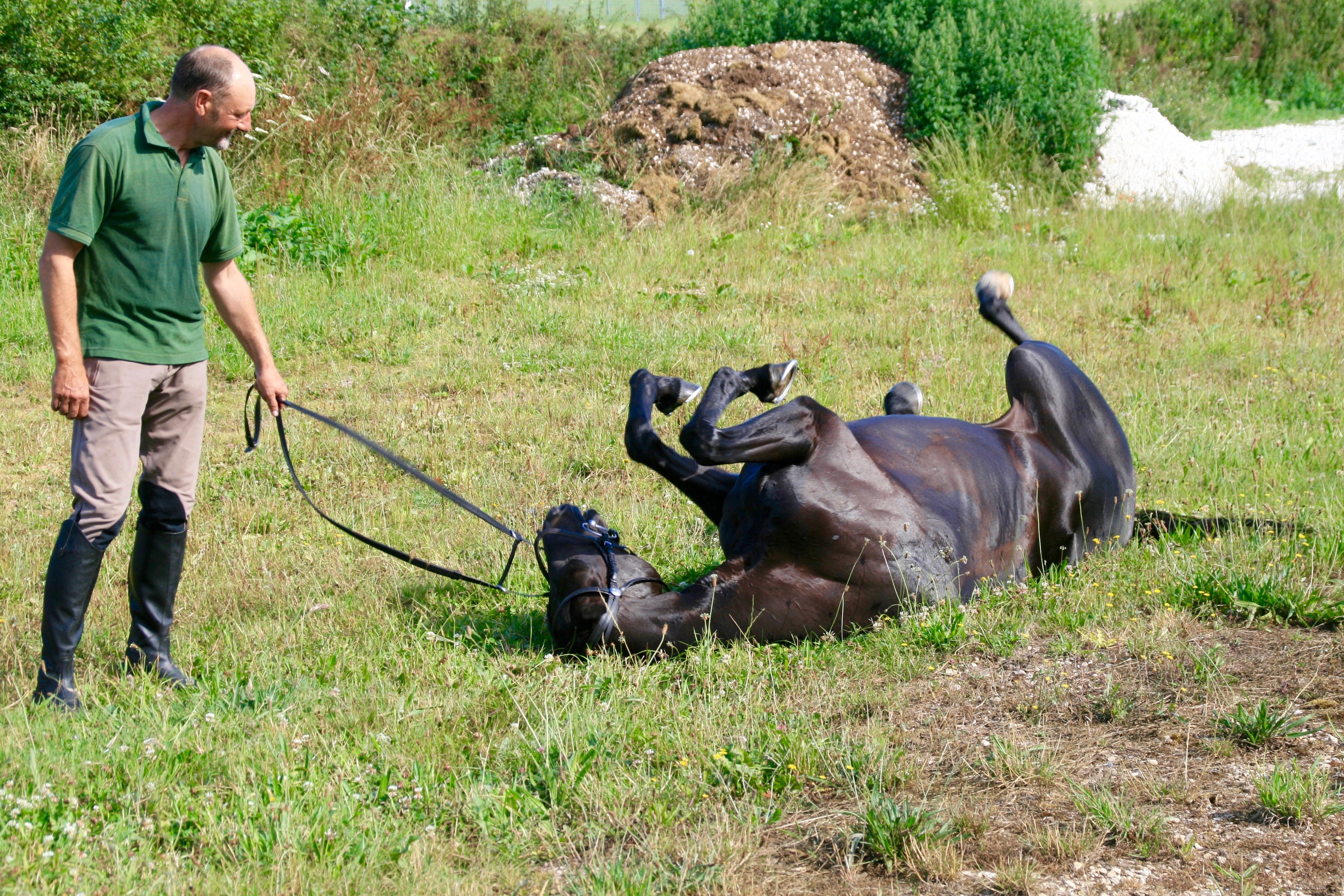 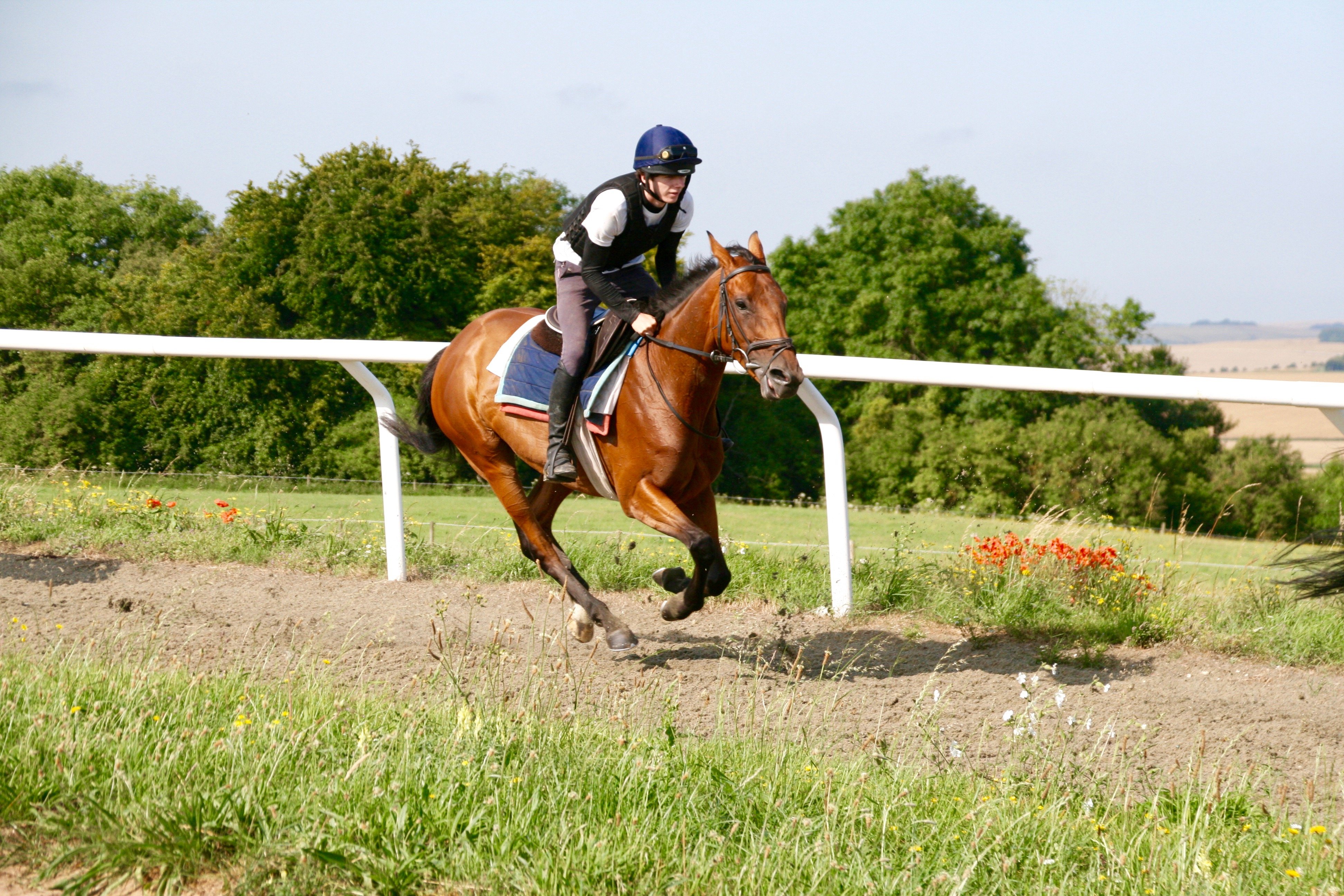 REPORTS HENRIETTA BELL Henrietta Bell won the Browns Scrap Metal Processing Mares’ Novices’ Hurdle over 2m at Uttoxeter last Wednesday.  She was running back in a novice under a penalty in order to get her confidence back having fallen last time out.  Given the fact that our only conceivable contest was the hot favourite, we felt it was a good opportunity for her to get back on track.  We had a plan to be positive but a free going rival took up the pace for the first mile.  When this front running rival began to fade Gavin took it up half way down the back straight in order to keep winding up the pace.  Turning into the home straight Gavin kept asking her to go on and she kept picking up nicely.  After jumping the second last with the other horse almost upsides she found plenty for pressure. A good jump at the last sealed the deal and she went on to win by 5 lengths. She has been given a new mark of 120 by the handicapper and so we have her entered in this race next Tuesday at Worcester:  7.50pm Allens Caravans Estates Mares' Handicap Hurdle over 2m 7f.  It is a step up in trip but she is in great form at home and if we continue to be happy with her she will run. 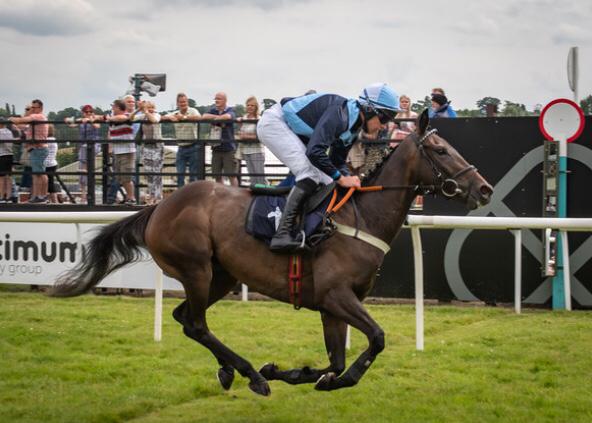 CARDY Cardy headed to Ffos Las last Thursday to line up in the Pendine Sands Maiden Hurdle over 2m.  This was her second run over hurdles and so we decided to adopt different tactics as we are still learning about her.  This change of tactics and the very quick ground meant that she just looked after herself and was sadly beaten a long way. She will run in this race next Tuesday at Worcester as her next target:  8.50pm Pershore Tyres and Kumho Tyres Mares' Maiden Hurdle over 2m.  This will be her 3rd run before hopefully getting a mark and then we can place her in handicaps. 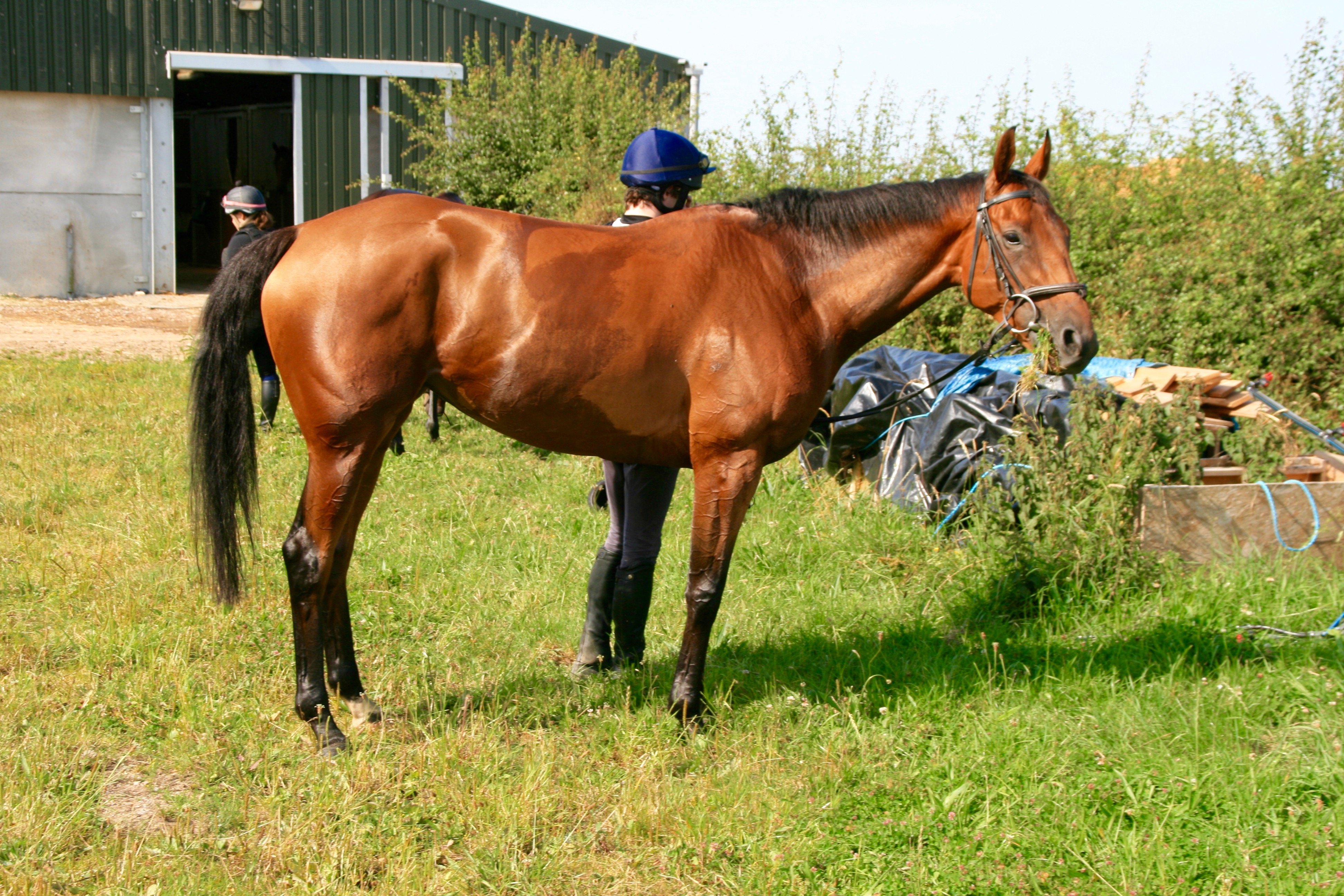 SIROBBIE Sirobbie has been declared to run at his favourite track, Uttoxeter on Sunday in the 4.10pm Burton Albion Academy Handicap Hurdle over 2m 7f.  Back to his happy hunting ground where he has won 3 out of 3 races this season.  The handicapper raised him 6lb which will theoretically make it more difficult for him but he owes us nothing and he is in really good form so we are looking forward to running him. 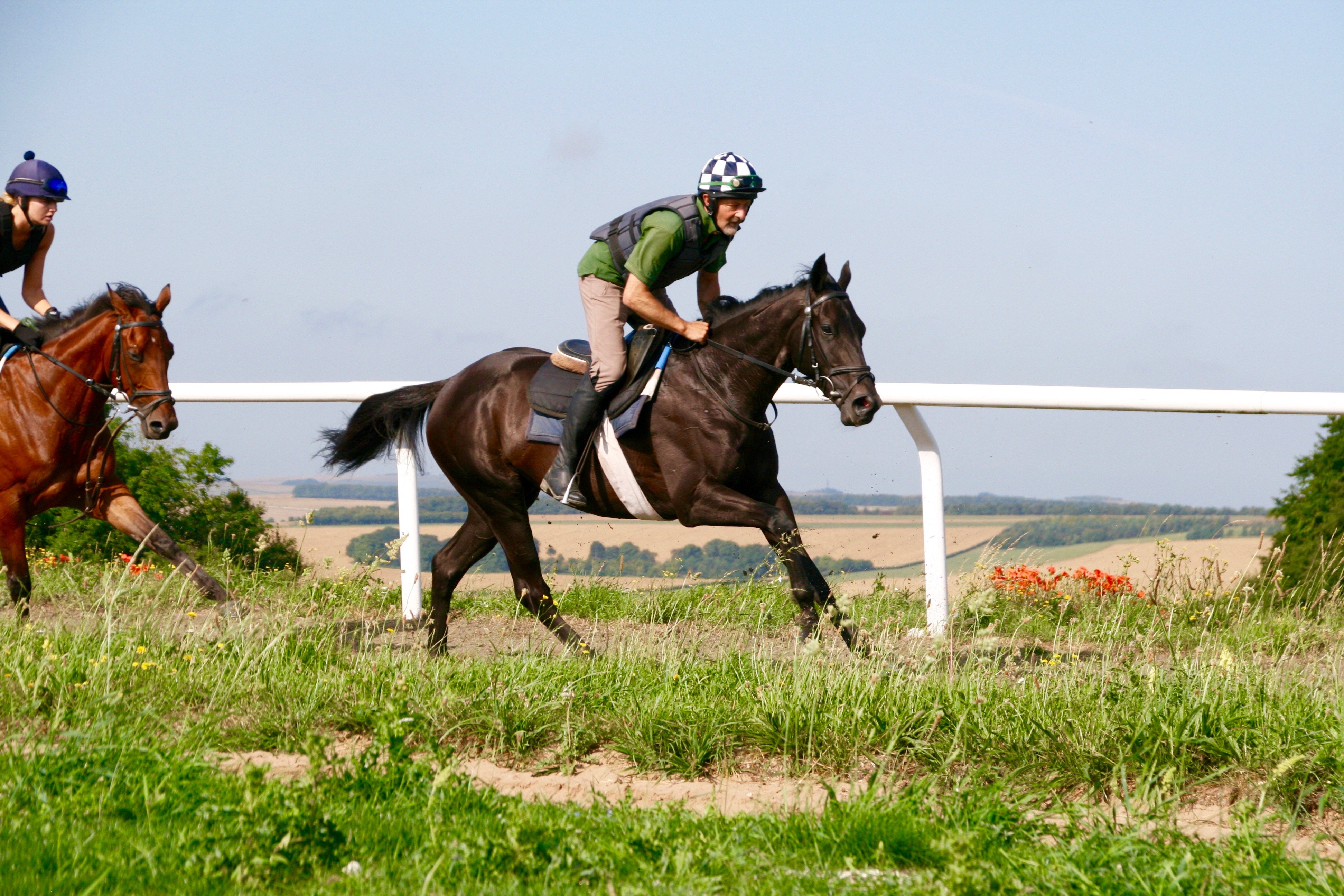 PARKIN Parkin has also been declared for Sunday at Uttoxeter in the 4.45pm Burton Albion Community Trust Novices' Hurdle over 1m 7f.  He has had a good break and has strengthened up for it, so this will be his first run back for the new season.  His schooling has been good but he did need some help from Henrietta  Knight.  He is from a good jumping family so we are looking forward to getting him started and he should like the track. 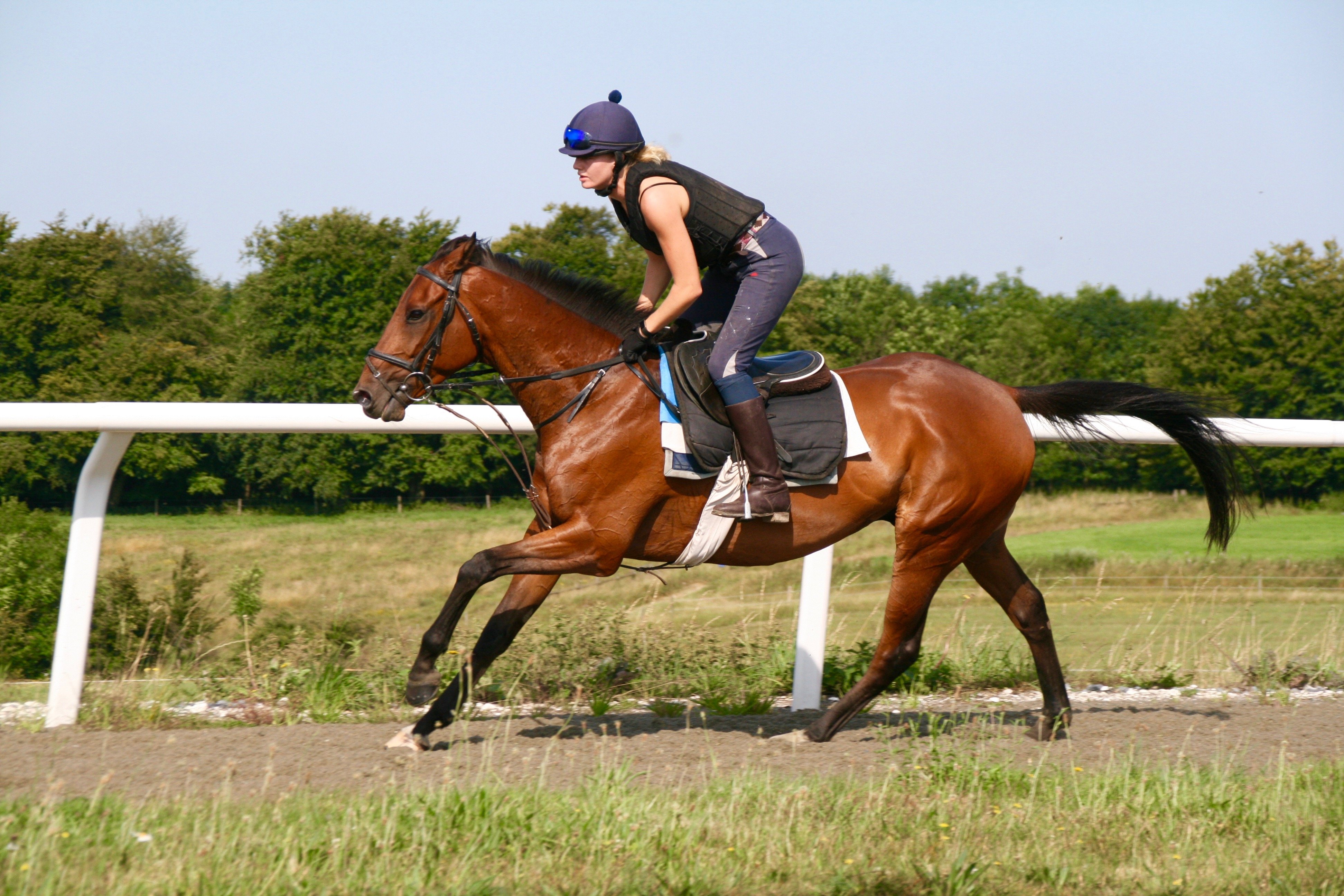 SALTO CHISCO Salto Chisco hold a few entries over the coming weeks, one at Newton Abbot on Monday in the 4.45pm Independent Racecourses Limited, Irl Handicap Chase over 2m 4f, the other at Bangor on Friday 2ndAugust in the 3.55pm Sg Estates Handicap Chase over 2m 1f.  We will look at the opposition in both races before making a decision as to which one we head to.  Now the handicapper has dropped him enough to give him a chance it hopefully will help him get back to winning ways. 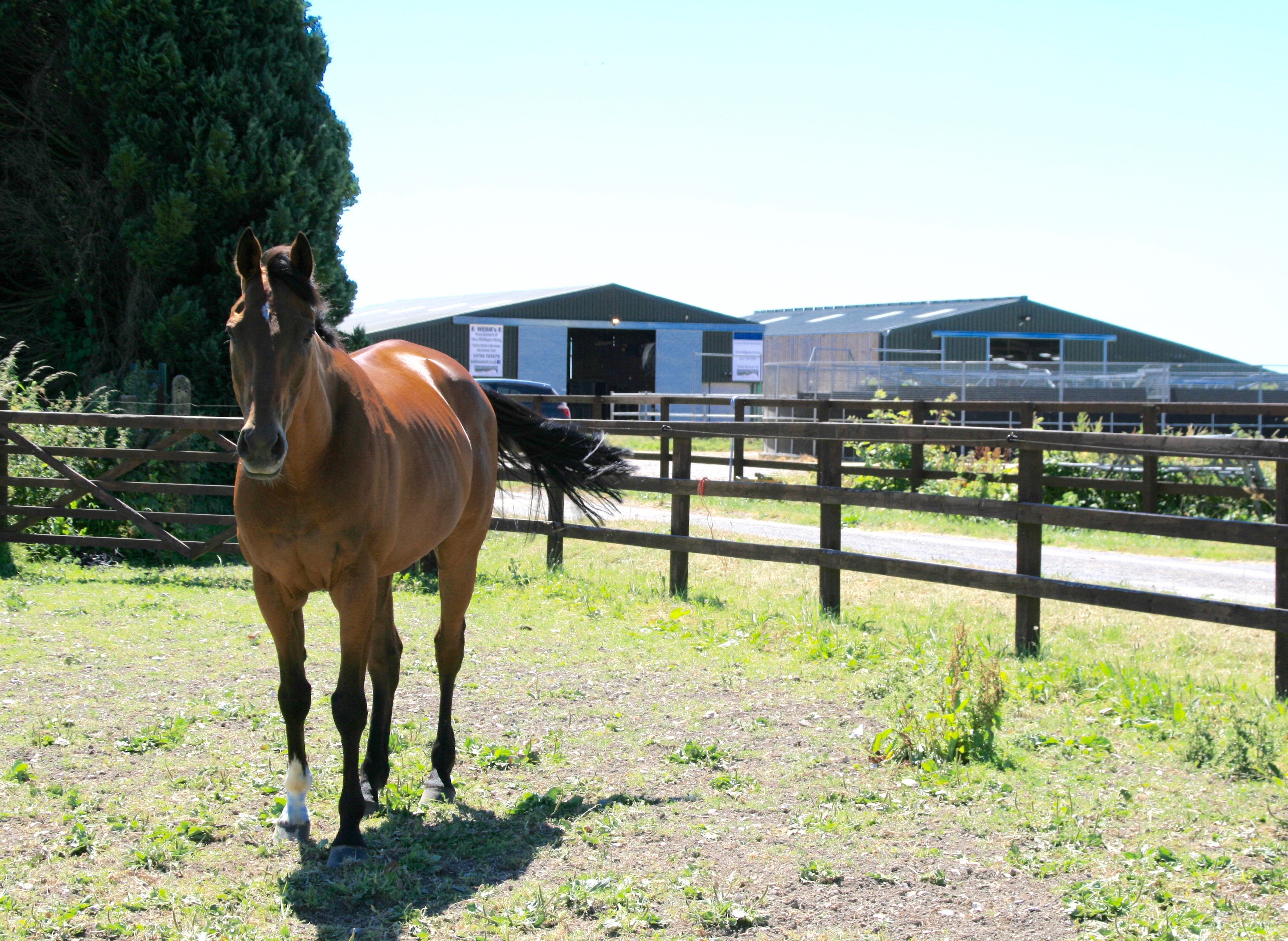 ARIA ROSE New recruit, Aria Rose holds an entry at Windsor on Monday evening in the 5.00pm Visit marathonbet.co.uk Handicap over 1m 3f.  He has only been with us a short time but since he arrived he has shown a very good attitude on the gallops.  He will run in this race on the flat at Windsor on Monday night as his yard debut which looks a good opportunity on paper for him to be competitive.  Hopefully he will run well and we can learn lots about him.  He seems like a horse that will improve physically over time as he is still relatively young.  The future plan will be for him to go hurdling at some stage in his career. 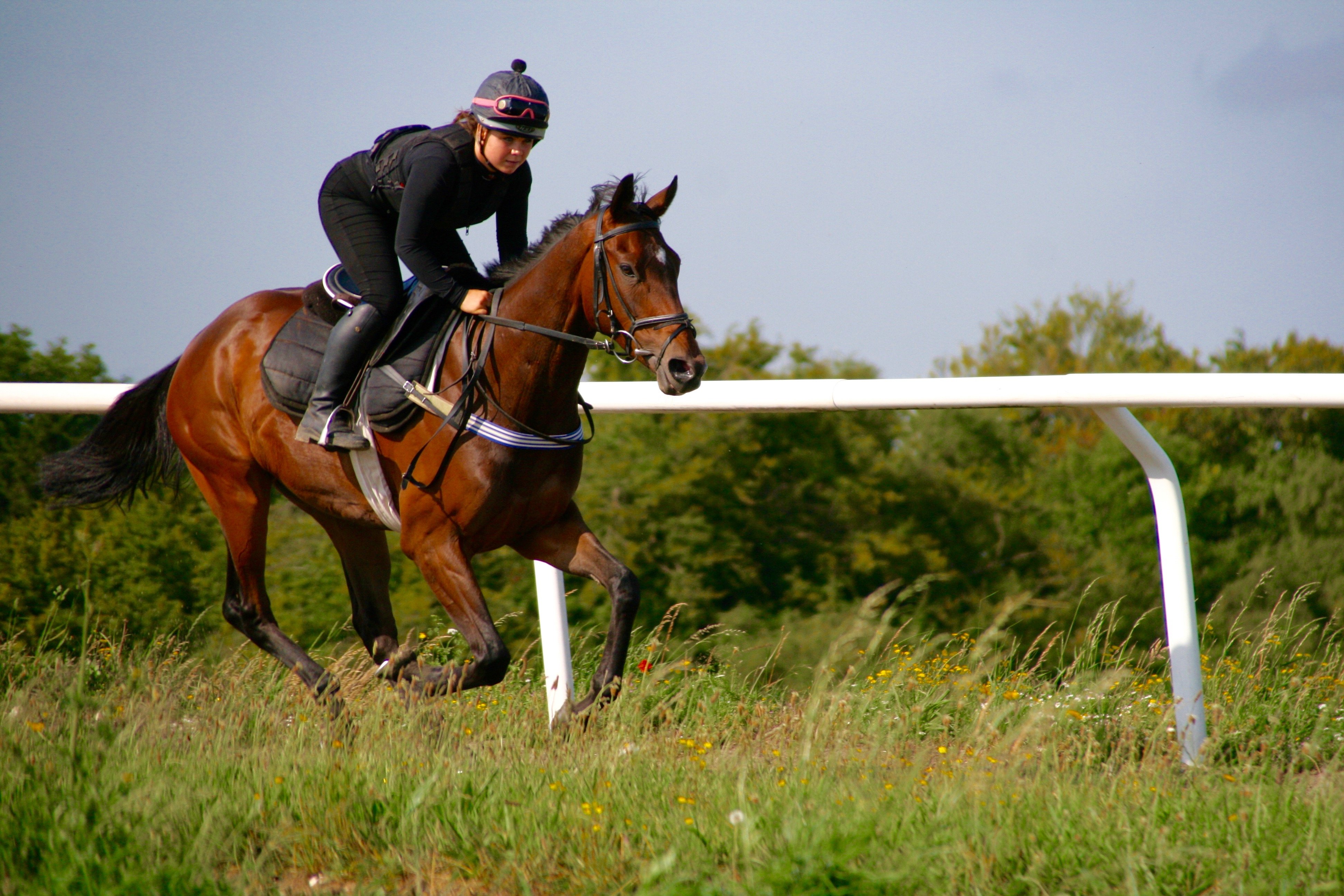 IN OTHER NEWS... HWR STAFF PROFILES George Edgedale joined the team nearly two weeks ago after finishing his A-levels at Marlborough College.  He has taken on the role of Pupil Assistant alongside Joe Hill (staff profile last week).  George will be assisting and representing Harry at many racecourses across the country throughout the national hunt season.  Back at the yard he will be working alongside the other senior members of staff in the day to day running of the yard. George has plenty of experience within all spheres of the equine world: riding out for Oliver Sherwood and Brian Meehan, eventing up to BE novice level and hunting on a regular basis.  He has also recently purchased a point to pointer to ride this coming season. Other than horse racing he enjoys shooting and plays a big part at his parents shoot helping to run and organise the days.  George is very enthusiastic about joining HWR and is really looking forward to the season ahead.  The particular horse he has so far taken a particular interest in is Captain Tommy he quotes "he is an exciting young horse who has a bright future ahead of him". 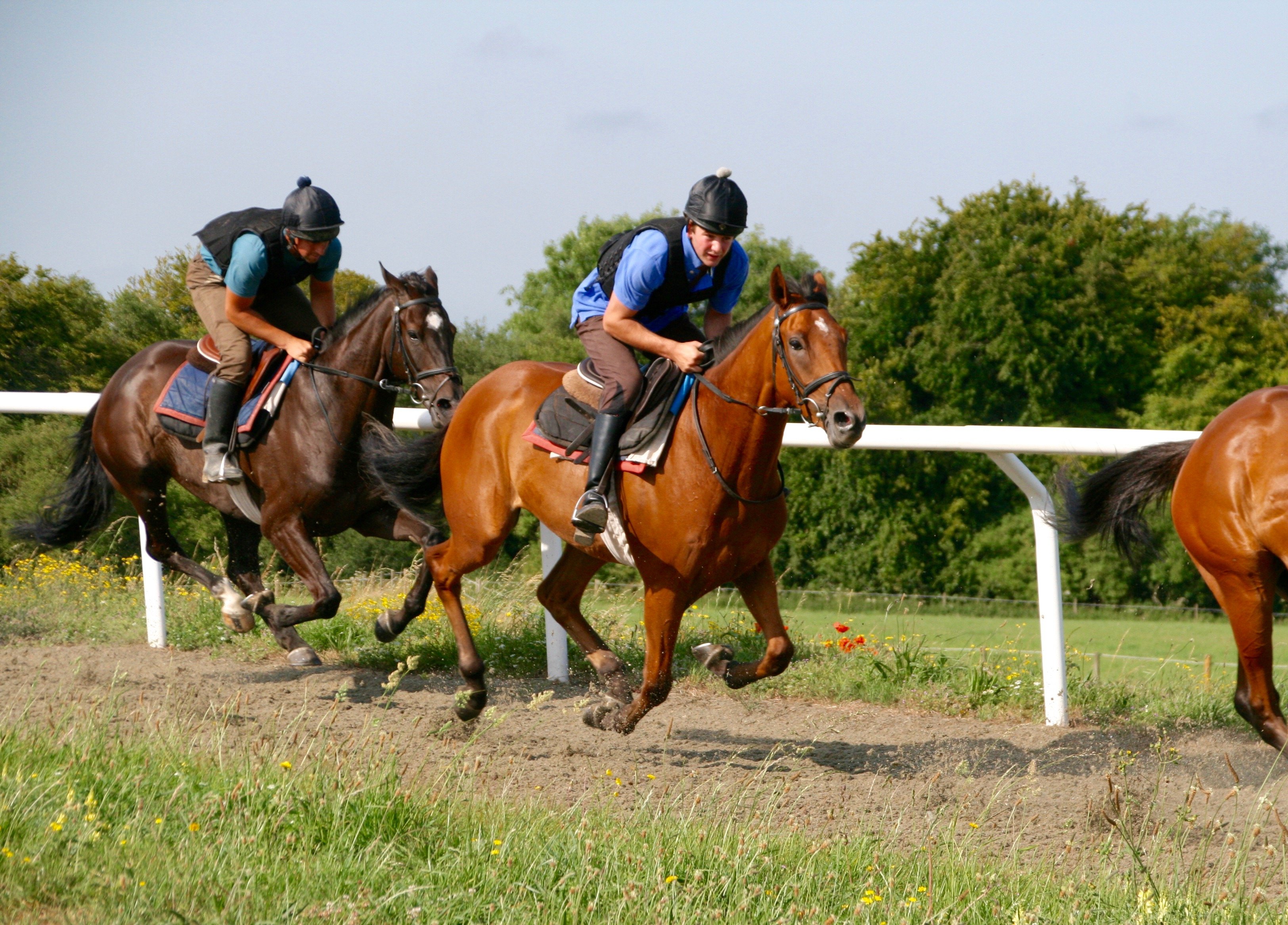 STORE HORSE FOR SALE GETAWAY FILLY 3yo Filly by Getaway (GER) ex Lucky Start (IRE) Lot 458 of the Goffs Landrover Sale 2019 is a 3 yo Getaway filly Out of an un-raced Luso Mare.  She is the second produce out of a half sister to two winners from 3 runners.  Her 2nd Dam, Escrea won 5 races including a Grade 2 novice chase.  Her Dam Sire, Luso has proved himself to be a capable Broodmare Sire, with his Mares producing multiple winners most notably Rogue Angel and Call It Magic.  Getaway has done well in a short career as a Sire and particularly well with his Mares, with prolific winner Verdana Blue being the best of them.  This 3 yo filly has plenty of quality and fabulous movement.  Since she has been broken in at the yard she has shown an incredibly tough attitude.  She is also a strong forward type and therefore is not a filly that will take long to come to hand. For further details please get in touch -  info@harrywhittington.co.uk 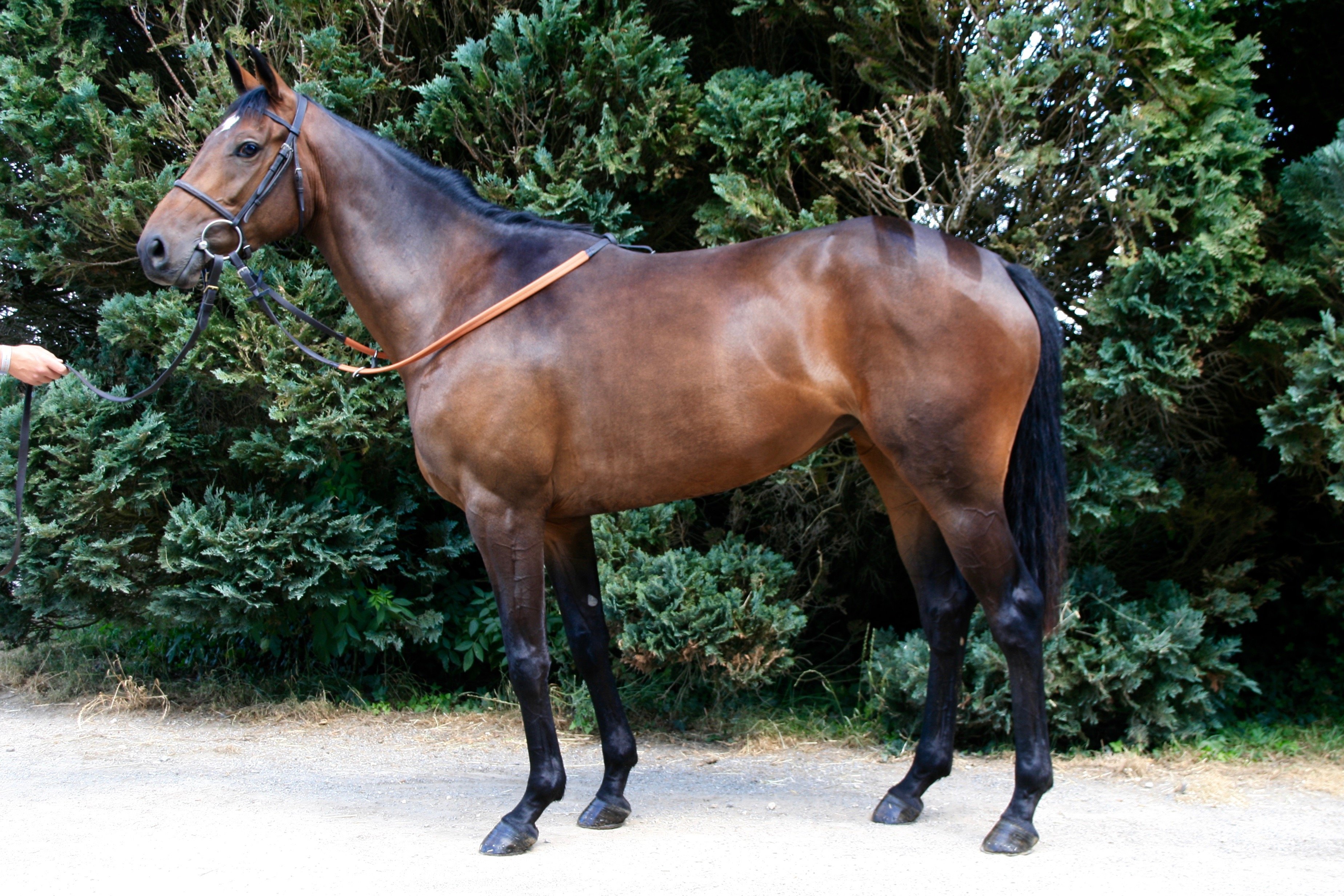