THIS WEEK With a decent amount of rain this week some of the horses had their first opportunity to have a school on the grass. They certainly enjoyed themselves and all jumped well, showing plenty of enthusiasm. With another winner on the board in the shape of Lantiern we are still boasting and incredibly healthy 33% strike rate. It is great to know that coming into the winter months the horses are showing signs of being so forward in terms of fitness. As you will see we have plenty of entries for you to keep an eye on or even get involved with! With there still being a few shares remaining in the Harry Whittington Racing Club it is not to late for you join our team. If of interest, please see below the details of how you can get involved. 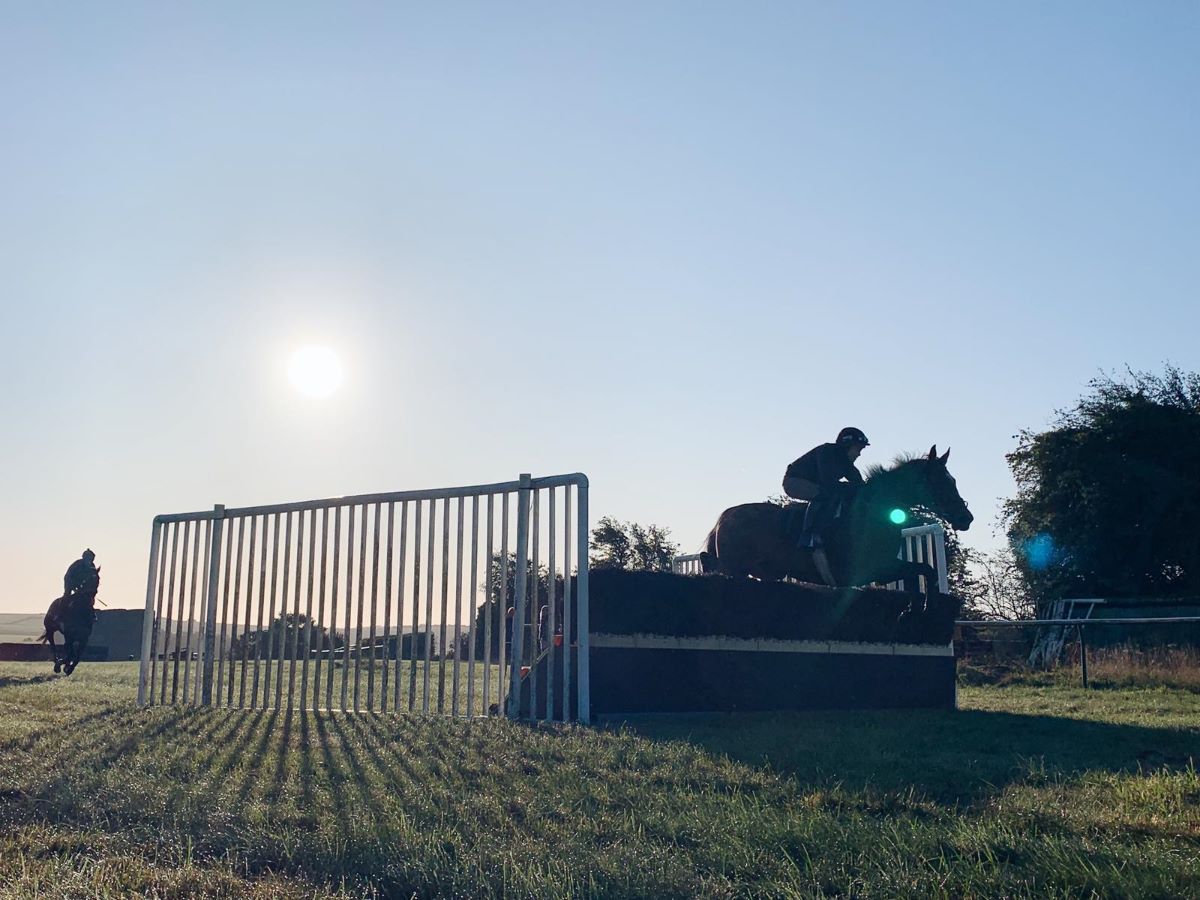 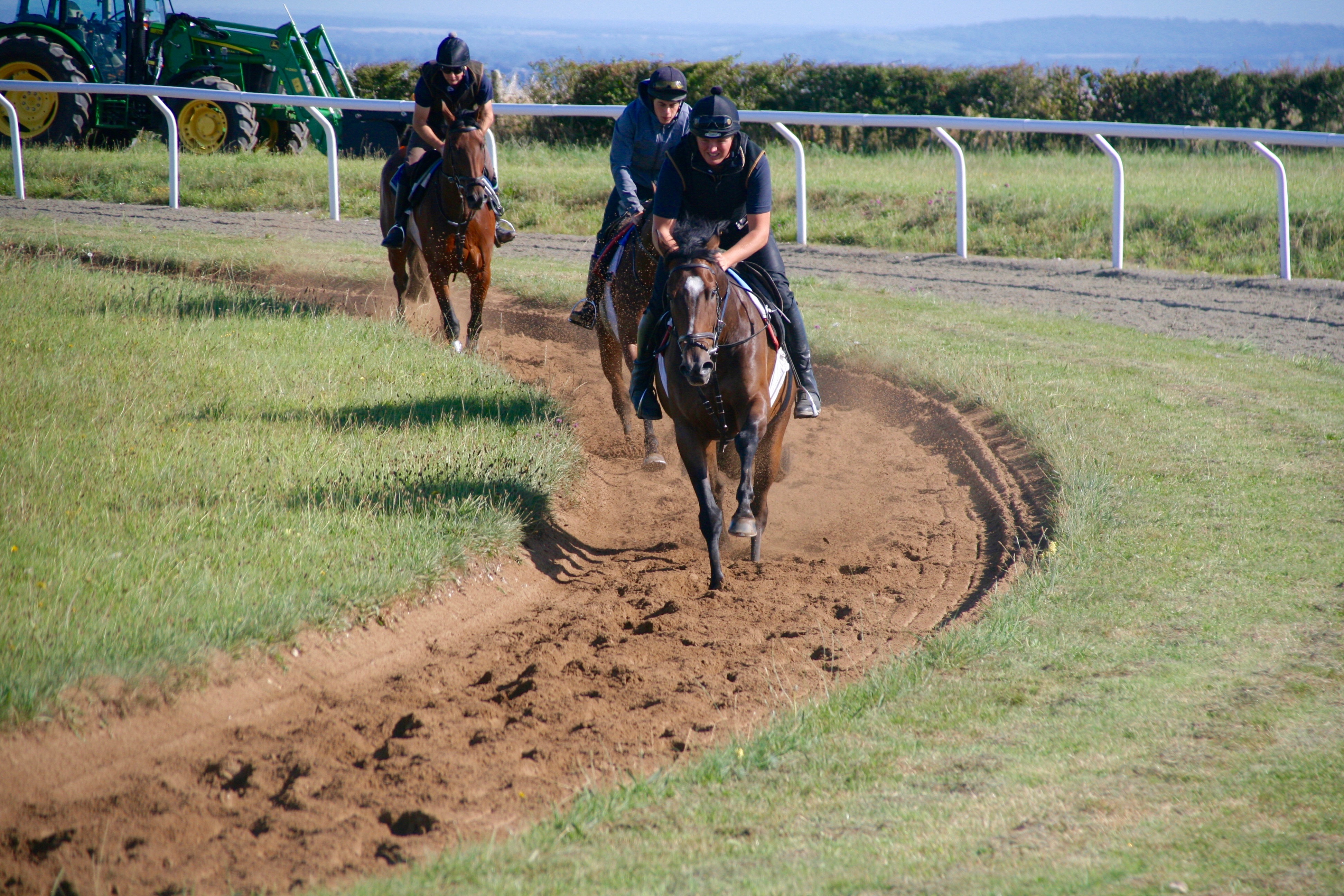 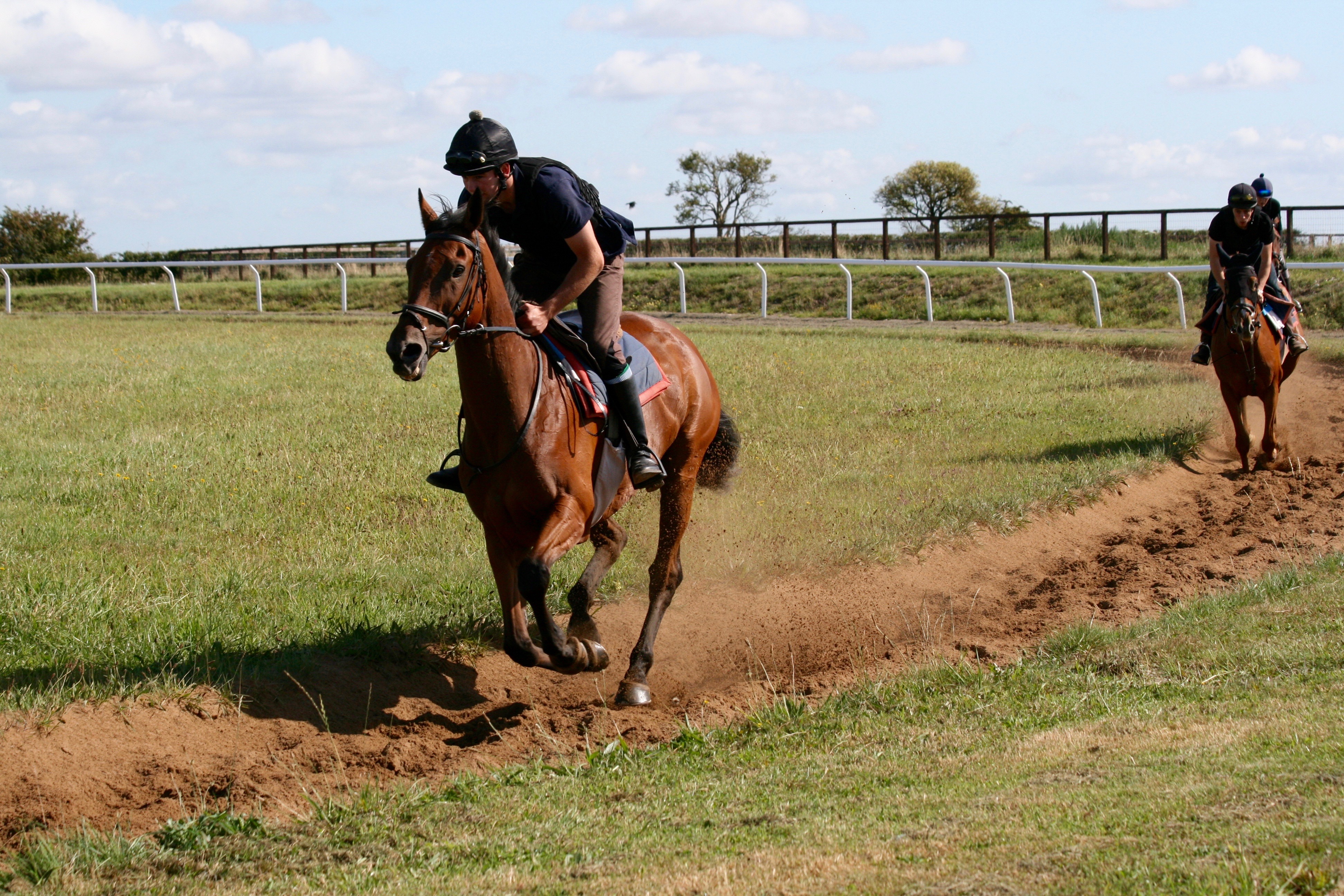 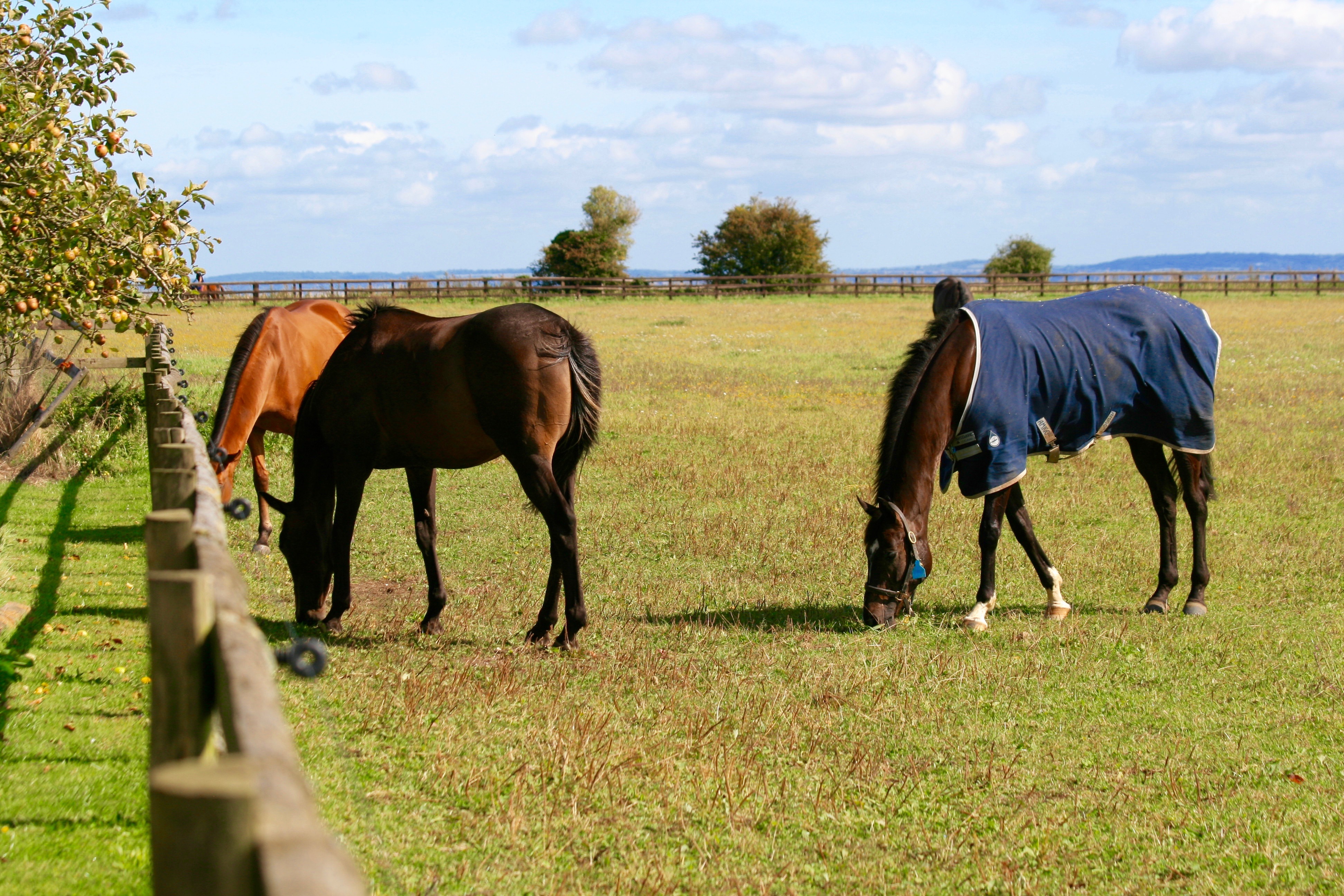 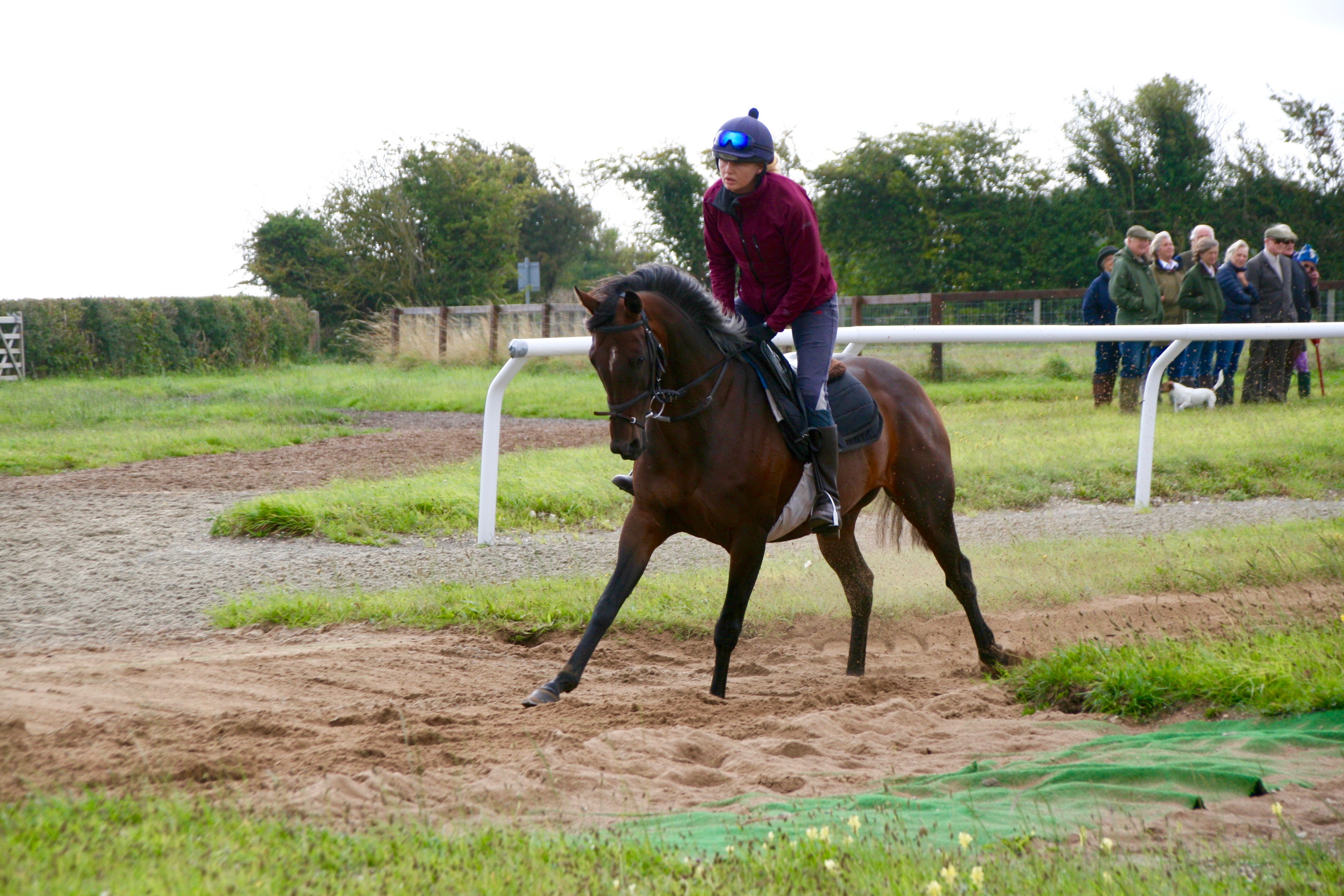 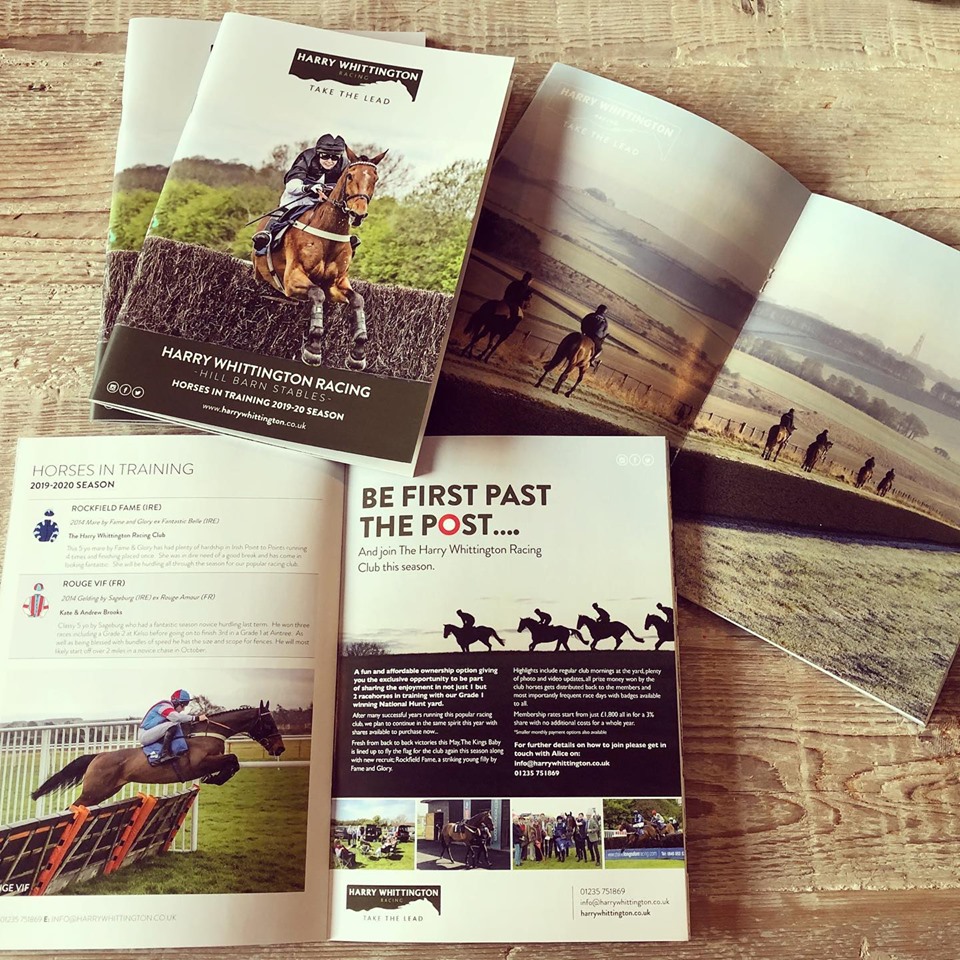 REPORTS  LANTIERN Lantiern won at Southwell on Tuesday in the 4.10pm toals.com Casino Novices’ Hurdle (Class 4) (Arc Summer Novices’ Brush Hurdle Series Qualifier) over 1m 7f 153y. He was making his first appearance after having a summer break. He has done well for the summer break and has filled more into his frame along with growing up a lot mentally. Having trained mainly on the sand gallop we were unsure as to how fit he was. But we were delighted to see him run so well, handle the ground and win in impressive fashion. He showed his class which we have always felt he had especially after winning his bumper in February. He will now I am sure give us plenty of fun through the winter months. We will see what the handicapper does on Tuesday before planning his next entry. 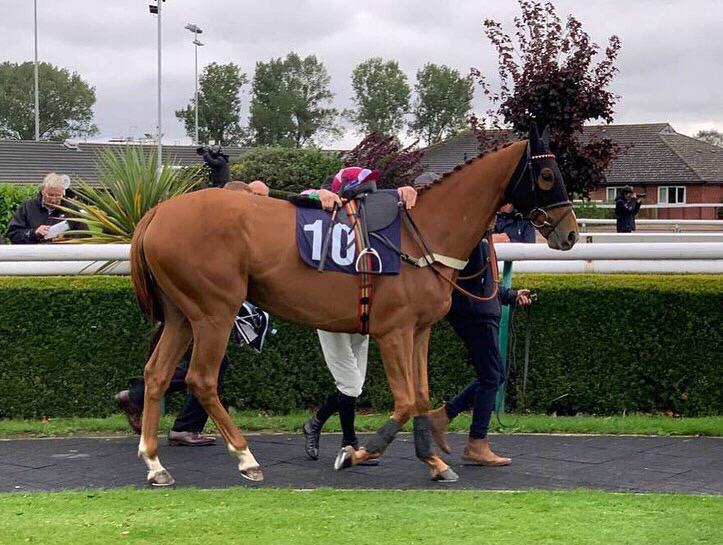 ARCADIAN SPRING Arcadian Spring was making his debut yesterday at Warwick in the racingtv.com Standard Open National Hunt Flat Race (Class 5) over 2m. We were really looking forward to running with him having taken plenty of time to mature. He was well behaved in the preliminaries and seemed to take it all in his stride. They jumped off and Gavin Sheehan decided to track the favourite, but there wasn't a lot of pace on and we ended up at the back. He was running in snatches and showing signs of greenness. When the pace increased, Gavin pulled out to show Spring some daylight and he made up a lot of ground approaching the home turn. Coming round the final bend, unfortunately he slipped and as he found a leg managed to unseat Gavin. Thankfully both horse and jockey are 100% ok which is the main thing. Sadly, this is racing at times but if he is all in one piece we will look to enter up in another bumper soon. 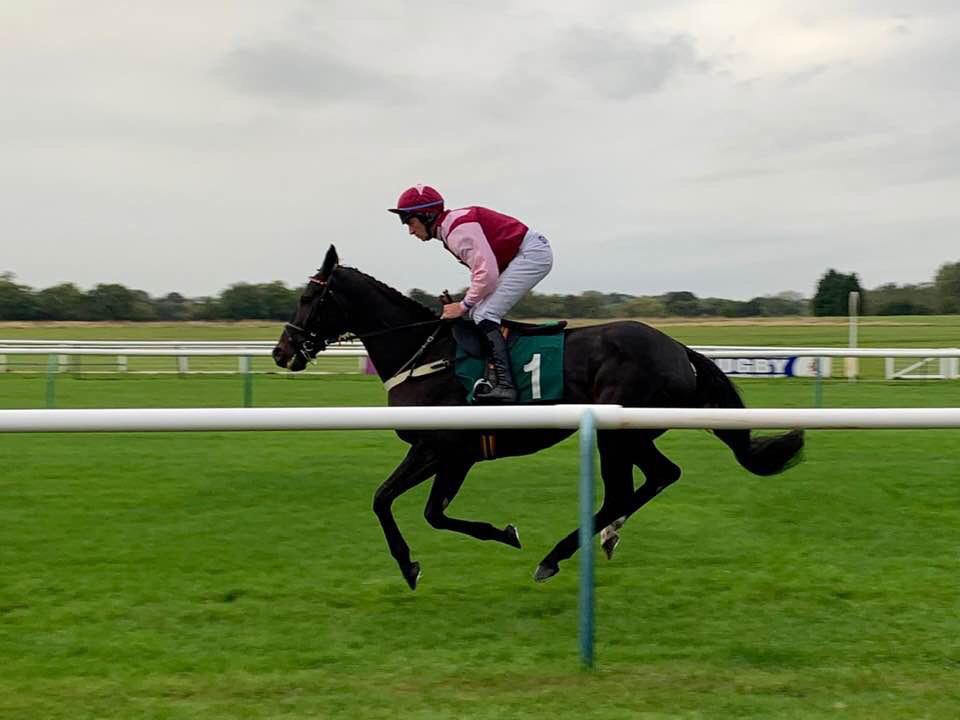 ENTRIES SALTO CHISCO  Salto Chisco has been declared to run at Fontwell tomorrow in the 3.30pm A D Mechanical Handicap Chase (Class 3) over 2m 1f 165y. He has had a really good summer and once again owes us nothing. He has been entered in this race where we think he will potentially enjoy the figure of eight. The ground has probably come up too soft for him but he is in good form at home and he may just have a run or two more before his winter break. SHANTOU VOW Shantou Vow has been declared for Fontwell tomorrow in the 5.15 Lest We Forget Standard Open National Hunt Flat Race (Class 5) over 2m 1f 162y. He has done extremely well for having a summer break and is a lot sharper in his work. He ran a nice race on debut before his break to finish 3rd where he was very green. He has been schooling over hurdles at home but we felt that he needed another run in a bumper to further his education. He is a tough horse with a very likeable attitude so we are looking forward to running him. 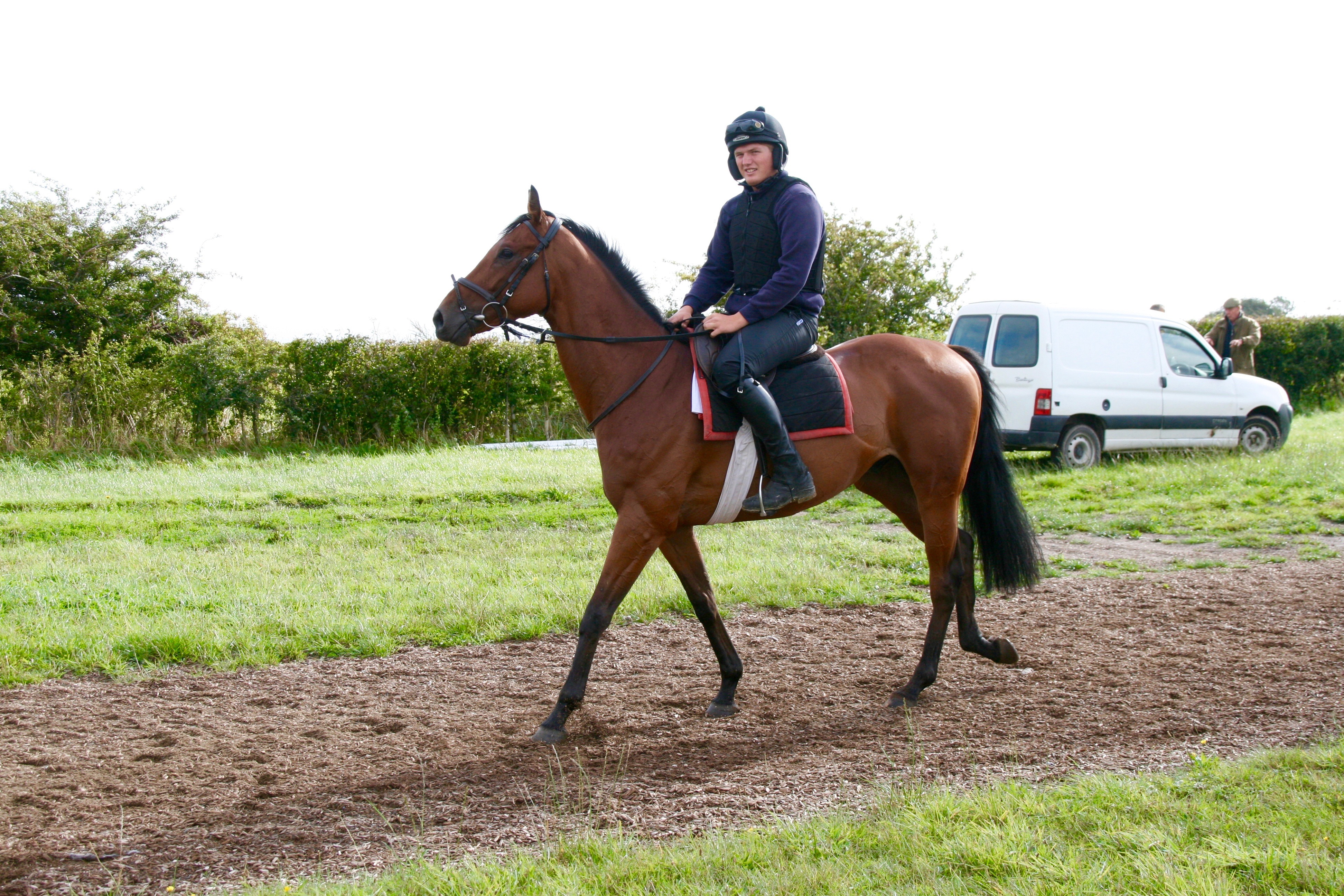 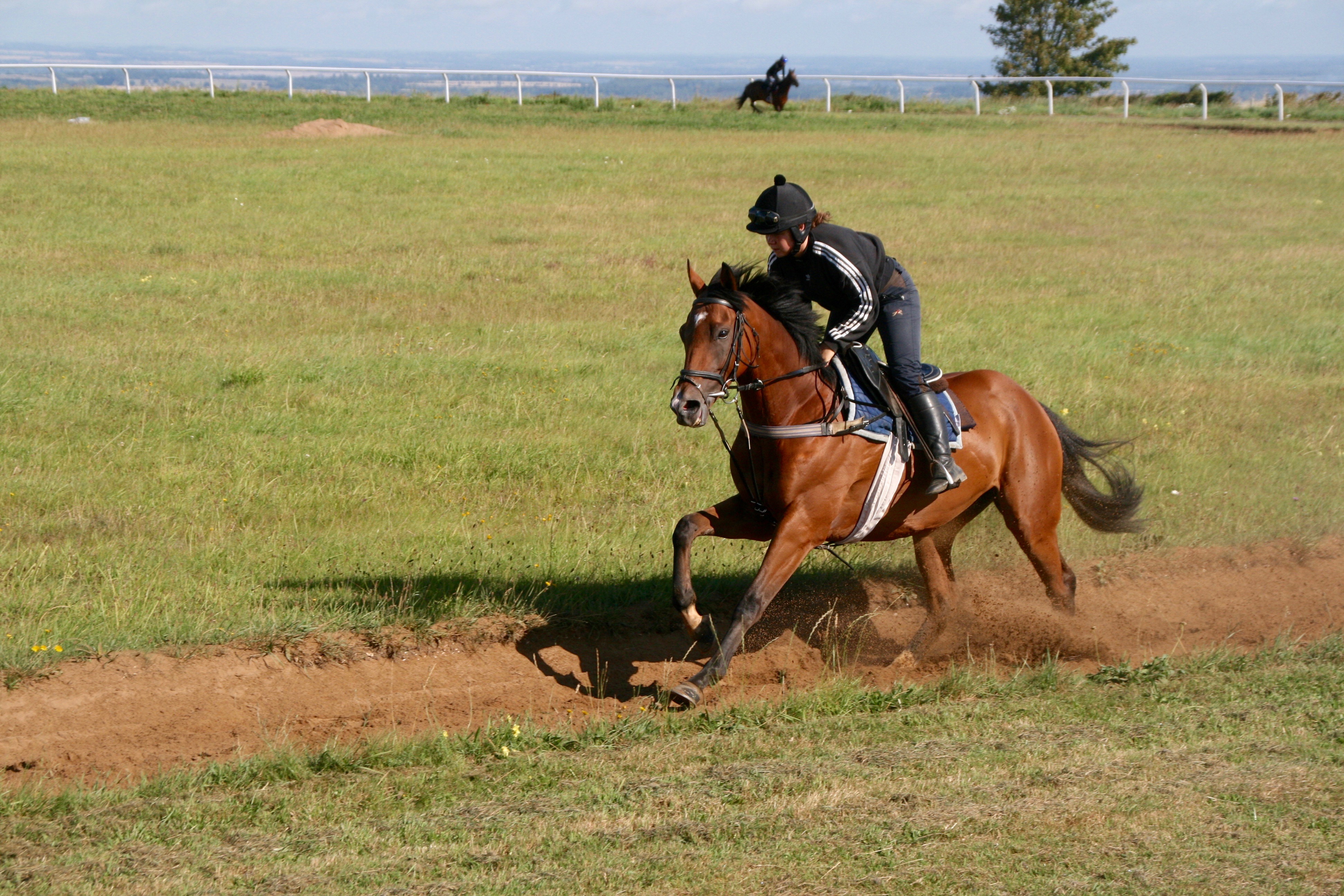 HENRIETTA BELL Henrietta Bell hold an entry at Ludlow on Wednesday in the Kelso Races Annual Members Trip 2019 Mares' Handicap Hurdle (Class 3) (Challenger Mares' Hurdle Series Qualifier) 2m 5f 55y. She is in really great shape since having a month off in August. She should be suited by the track and trip and it will also further her experience. The main plan is the mare’s final at Newbury at the end of the season and she will have 2 or 3 starts throughout the autumn. KLEOS Kleos has an entry for Ludlow on Wednesday in the racingtv.com Mares' Intermediate Open National Hunt Flat Race (Class 4) (Nhmops Bonus Race) 1m 7f 169y. She is a big mare that has taken a long time to come to hand physically, her work however at home has nothing but improved and she did a nice piece of work at the end of last week. The track might possibly be on the sharp side for her but she is ready to run and the mares bumpers are few and far between at this time of the season. She is by a good sire in Fame And Glory and we are hopeful she can run a nice race and show she has some ability. 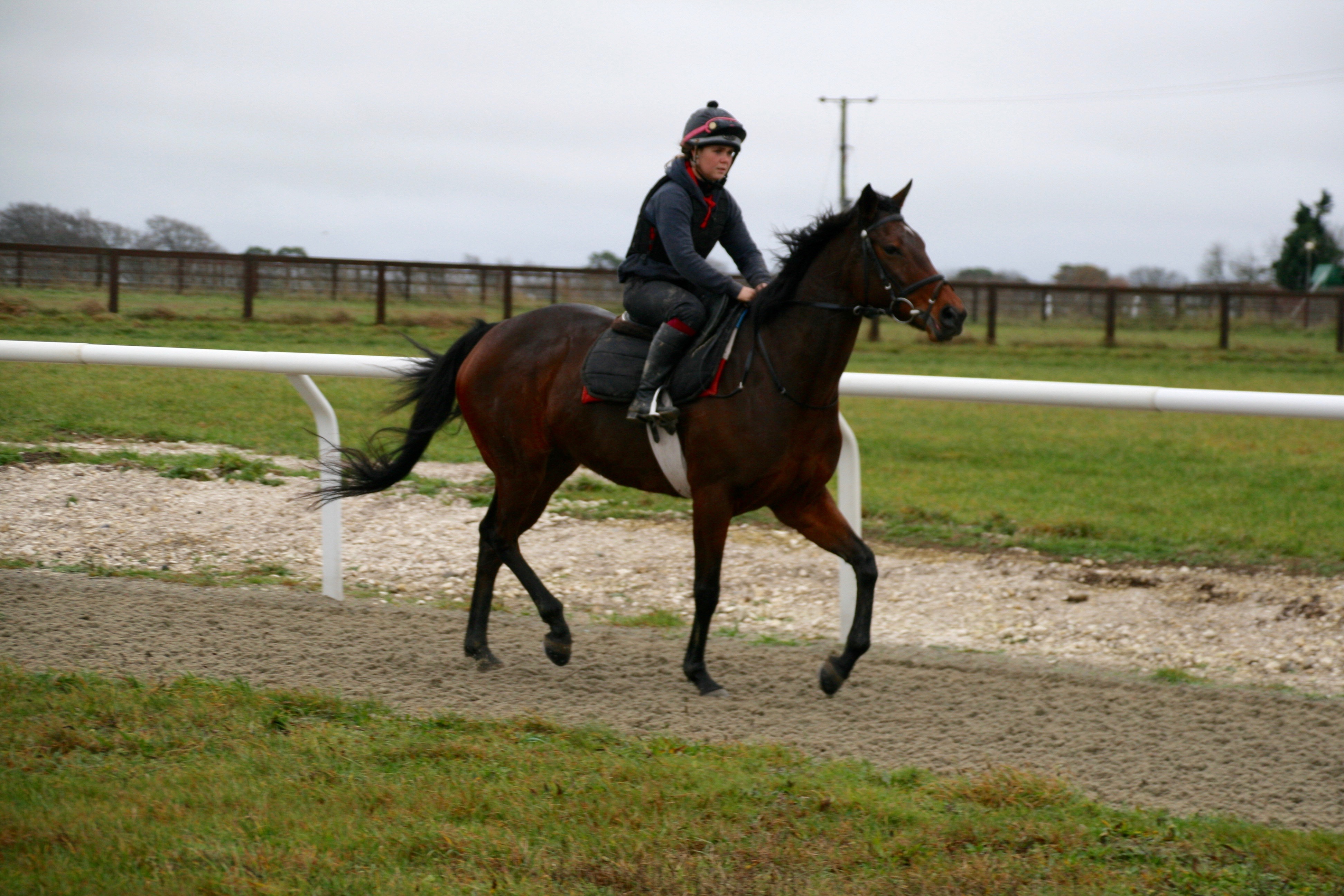 IN OTHER NEWS... HWR STAFF PROFILES FREDERIKA SUMMARLAND - ASSISTANT HEAD GIRL Frederika is now in her third season at Hill Barn and at the end of the last campaign was promoted to Assistant Head Girl. Alongside the usual jobs of riding out and mucking out Frederika is also in charge of the managing the Dubai Kiss Barn, ensuring that all the horses are cared for in the way we have come to expect. Frederika's route into racing is far from usual. Hailing from the Aland Islands in Finland, as a 15 year old, Fred moved to Sweden. Then in 2016 she moved to UK to work as an au pair for a local family, who were racing enthusiasts and so the journey begins. Whilst au pairing, Fred started working part time at the local equine vets where her enthusiasm for the racing game grew. Fred then made the jump and joined Kubler Racing before heading across the valley to Hill Barn in 2016. "I love them all!" was Frederika's reply when asked for a favourite horse. To ride, The Kings Baby is the best, while Rouge Vif is her favourite to take racing (pictured below) because he has the best mane to plait! "Rouge is a very exciting prospect over fences this year and I hope we are going to have a fun time together this season!" Away from racing Frederika loves to chase the sun. Marbella was last years destination, with backpacking round Asia already ticked off. Next on Frederika's wish list is to travel round Australia. Other than traveling Frederika likes to go home to see her family and rumour has it she cooks a mean spaghetti meatballs! 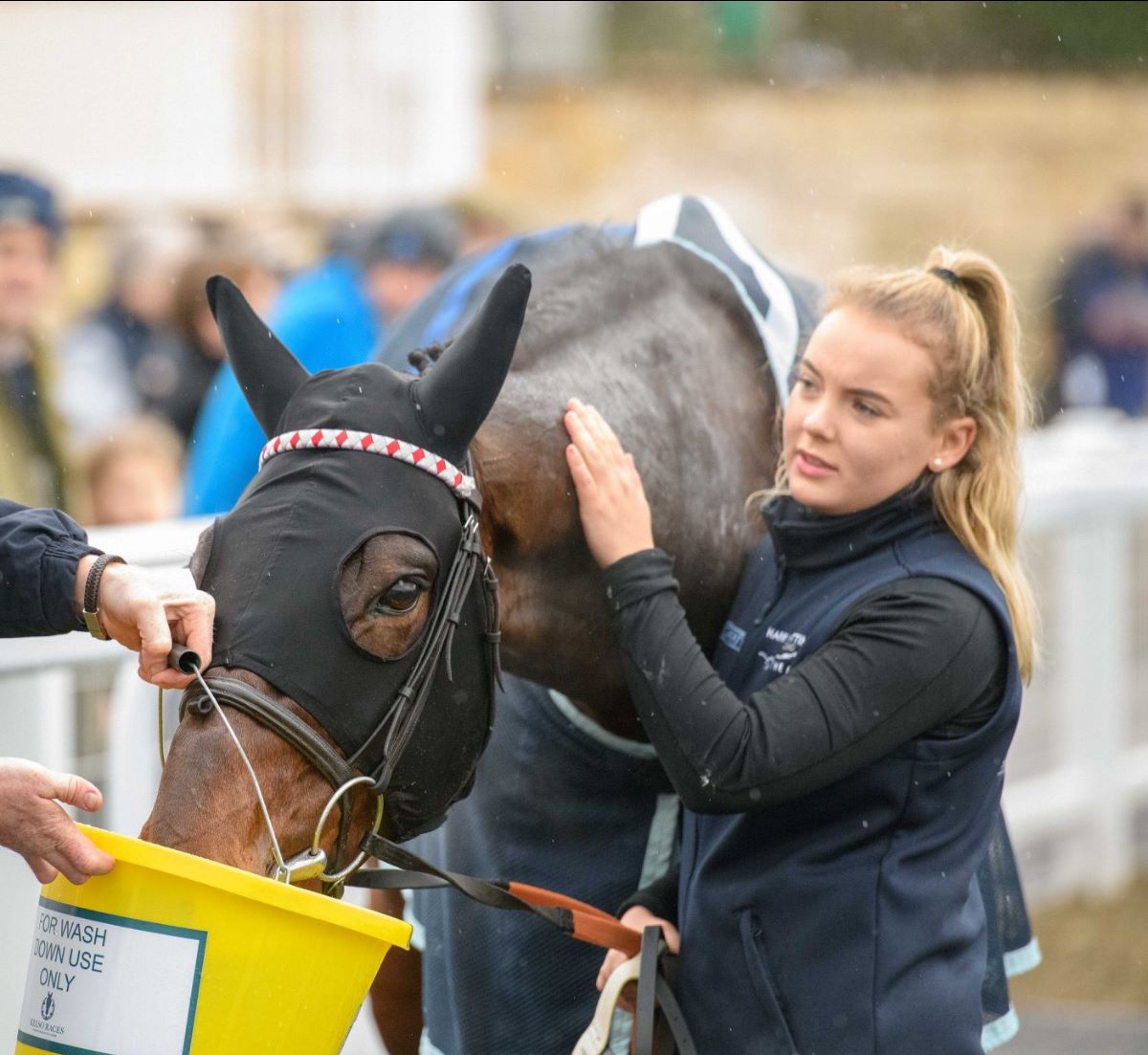