THIS WEEK Another decent week on the racing front with another impressive winner and others running with plenty of encouragement. It is still early days in the season so we have plenty to look forward to with all of this weeks runners going forward. The weeks can sometimes be a bit samey once we are fully up an running for the season, but we had some differences this week. We had the pleasure of Racing TV coming into the yard on Monday to do a piece on the yard and have a little chat with Harry about some of the horses. I say little chat, but we all know what Harry is like! I think he was in there talking for a good hour effervescing about all the horses! On Thursday we also gave some of the younger horses an "away day" at Kempton to go and work on the all weather. These days can be vital in the education of the unraced horses as it gives them a chance to experience travelling, the pre-parade ring and a view of the stands. It cannot be underestimated how this can sometimes affect them on their first visit to a track so we try to eliminate this for their first run. Onward and upwards for the weekend and a slightly less stressful without England and the Rugby World Cup Final. Very disappointing last weekend, but all the credit must go to South Africa for a stunning performance. 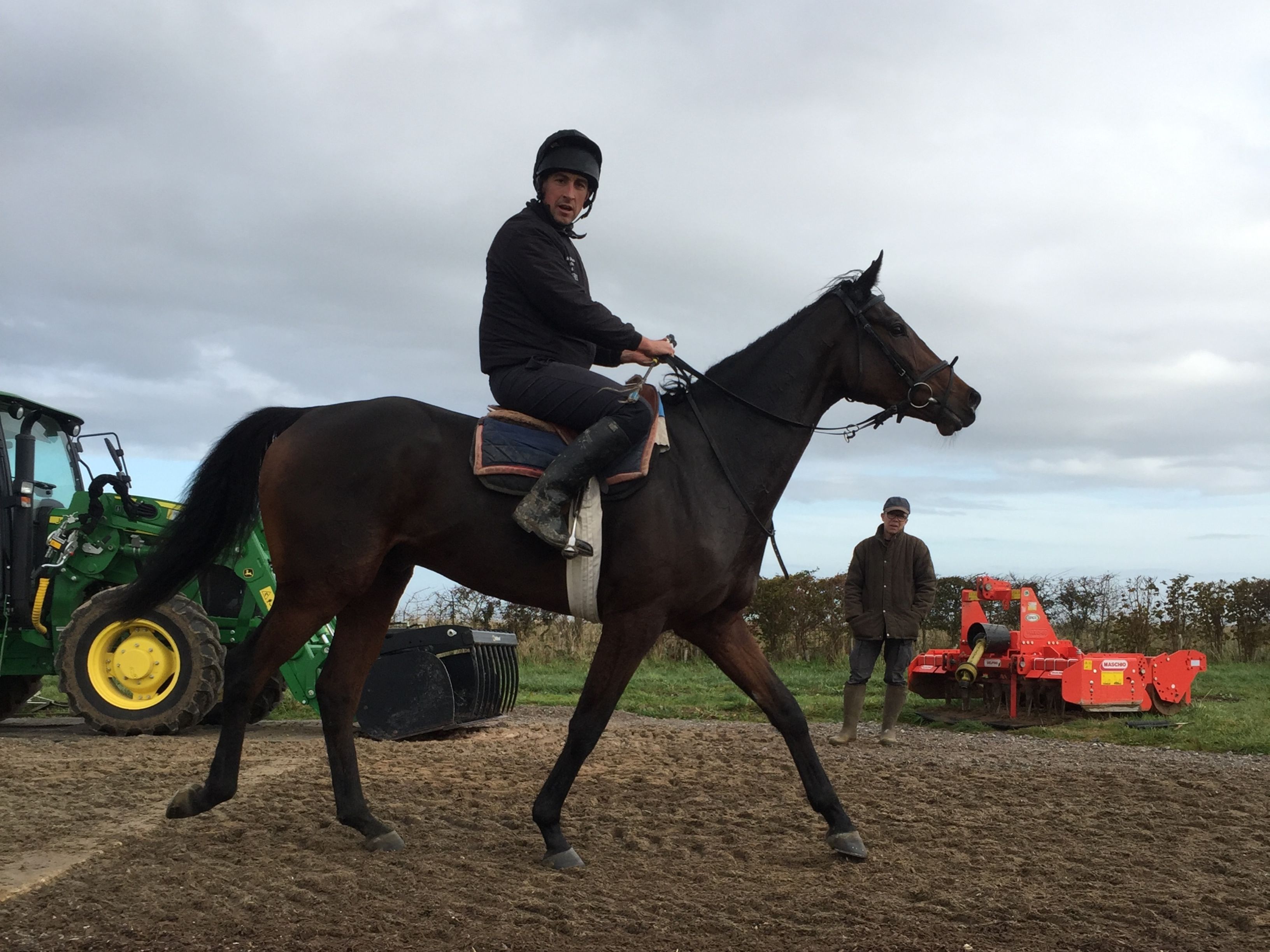 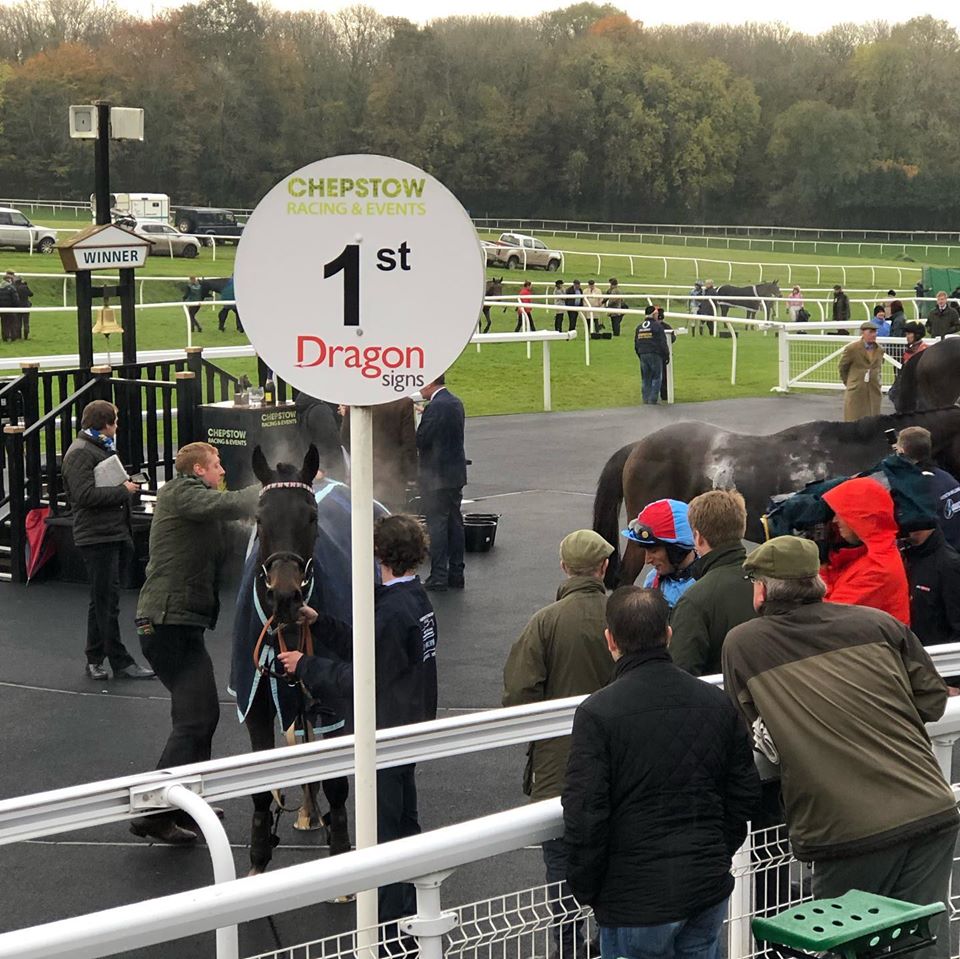 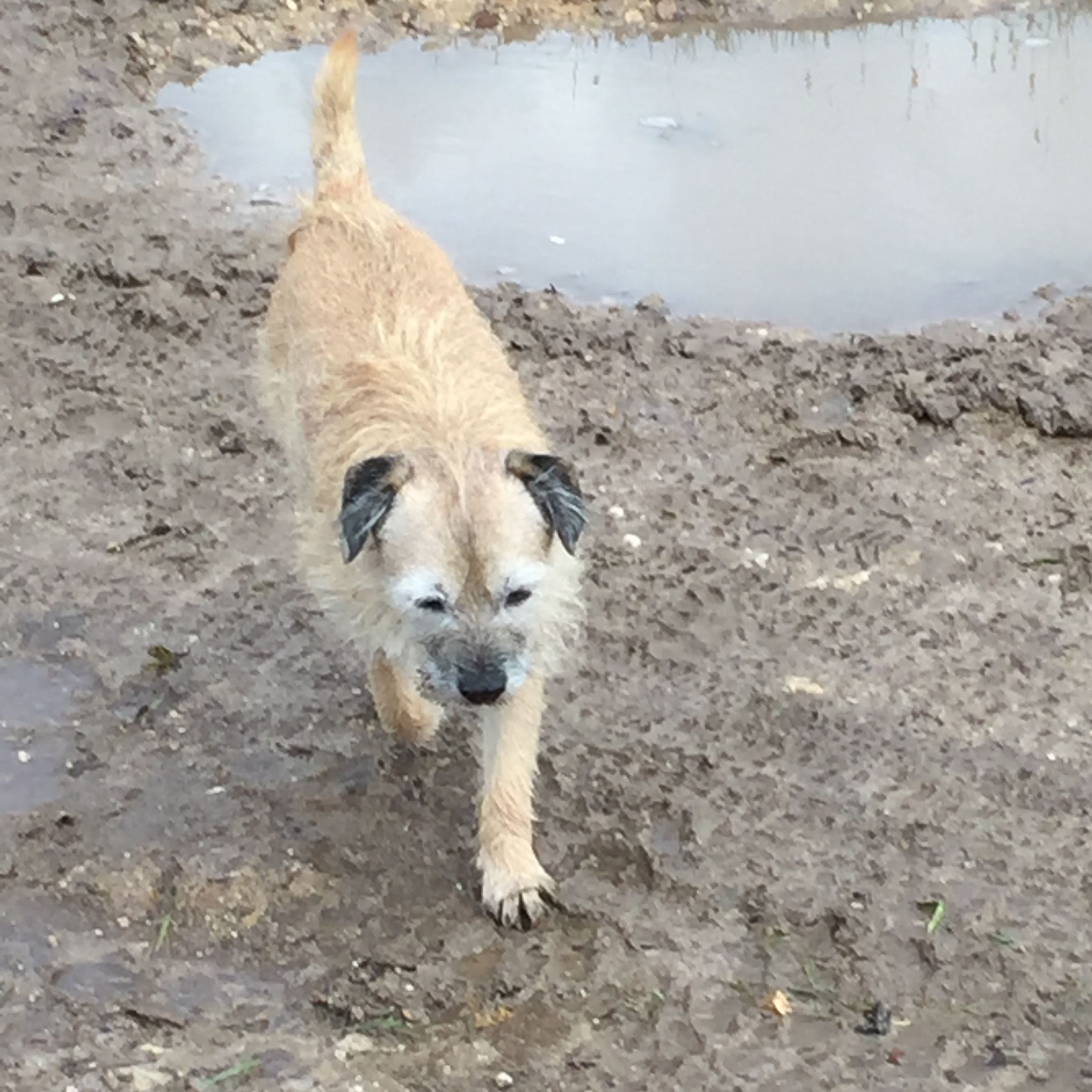 REPORTS REBEL LEADER  Rebel Leader made his handicap debut at Ascot on Saturday in the Conditional Jockeys' Novices' Handicap Hurdle over 2m 3f. It was a reasonably tough race on paper but we felt we would learn lots about him from running in this race. Page Fuller got a very good position jumping off mid-div down the rail. He jumped and travelled well until they turned to go down this hill, he let fly at the first one and flipped on landing. He unshipped Page but got up and was thankfully absolutely fine. We will stick to 2 and a half mile handicaps for the time being. JAMMY GEORGE  Jammy George made his chase debut at Ascot on Saturday in the Ascot Underwriting limited handicap over 2m 2f. He had been schooling well at home and we were looking forward to his reappearance. There was plenty of front runners so we decided to track the pace. Daryl Jacob jumped off to go the shortest way round and although he was jumping well, he tended to go left at every fence. He was also outpaced for much of the race and when they turned into the home straight he had a lot of ground to make up. He was motoring home however and stayed on well to finish a good 5th. He will go back left handed and go up in trip for his next run at the end of the month. SPARKLEANDSHINE Sparkleandshine was running back over hurdles at Ascot on Saturday in the Sodexo Handicap over 2m. It was a decent contest but he was carrying a very low weight. The constant rain throughout the day was likely to not suit him. He settled and jumped well but could not hold his position. Turning into the home straight he had too much to do but ran on at the one pace. He will now switch back to fences and we will look at entries towards the end of the month. SIMPLY THE BETTS Simply The Betts won at Chepstow on Wednesday in the Novices' Limited Handicap Chase over 2m. We were absolutely thrilled that on his comeback Betsy showed all of his class to win over fences at the first time of asking. He is a special horse due to the person that he is named after and he was always bought to go chasing. He was clearly well handicapped in a race that looked a great opportunity for him. But the manner in which he did it in was very impressive which makes it very exciting for the season ahead. He has an entry under a penalty next week which we will consider, he will stick to 2m but will improve for 2 and half as the season unfolds. 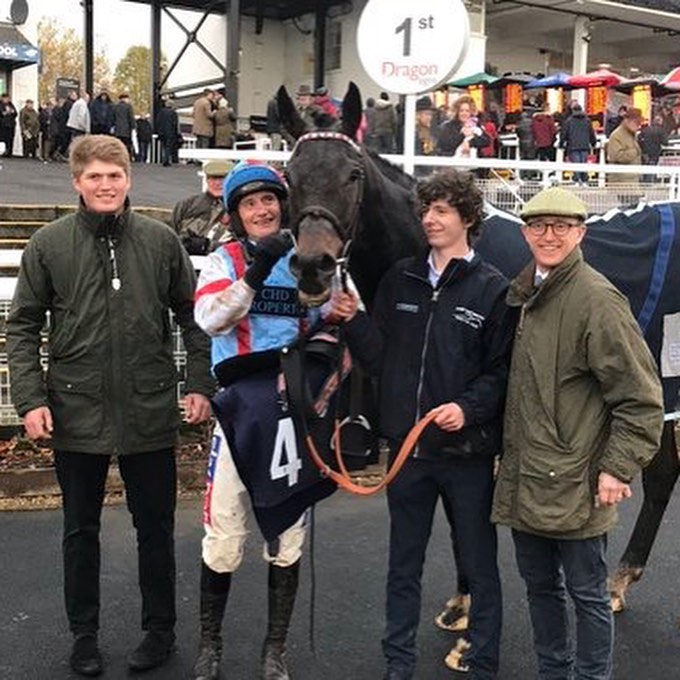 STICK WITH BILL Stick With Bill made his debut in a maiden hurdle at Chepstow on Wednesday over 2m3f. He had been jumping very well at home and had a very good form line from his runs in bumpers. There was a huge amount to pace in the race so Daryl decided to take his time. He jumped and travelled but did show signs of greenness. As they turned into the home straight he looked to have every chance. He had used up a bit of petrol to get to this point and as it unfolded in the home straight the winner always had him held. He showed an enormous amount of class to finish 2nd and will have learnt a huge amount for the experience. He will line up next time under the same conditions and should take all the beating. PAT KELLY Pat Kelly was making his first racecourse appearance at Chepstow on Wednesday in the bumper.  He had been showing a very good attitude at home and unlike his pedigree he has shown that he is more of a proper galloper and was going to suit the soft conditions. He showed glimpses of ability throughout the race but was very green. He will learn a huge amount for the experience and wants a trip over hurdles with time, as all he did was keep galloping on at the same pace. We will continue to school over obstacles at home but will consider another bumper under testing conditions. DESIGNER DESTINY Designer Destiny headed to Newbury yesterday to line up in the mares novice hurdle over 2m. She had been schooling very well at home and has always shown a great attitude towards life. It was always going to be a tough assignment in a very hot race first time out. She travelled and jumped extremely well throughout the race and as they turned into the home straight she looked to have every chance. She looked destined for 3rd place, but for a mistake at the last, which cost her but all in all it was an extremely encouraging performance. She shuld be very competitive in a lesser grade race next time out and we look forward to get her out again. ENTRIES BIGMARTRE  Bigmartre has been declared for tomorrow at Aintree in the Virgin Bet Handicap Chase over 2m 3f. He has come out of his last run in good form. Thankfully he did not have a hard race and with most of the fences being omitted, it was never going to suit him. This looks an easier race on paper and hopefully he can bounce back and run a big race. The track and the trip we have always felt would suit him very well. 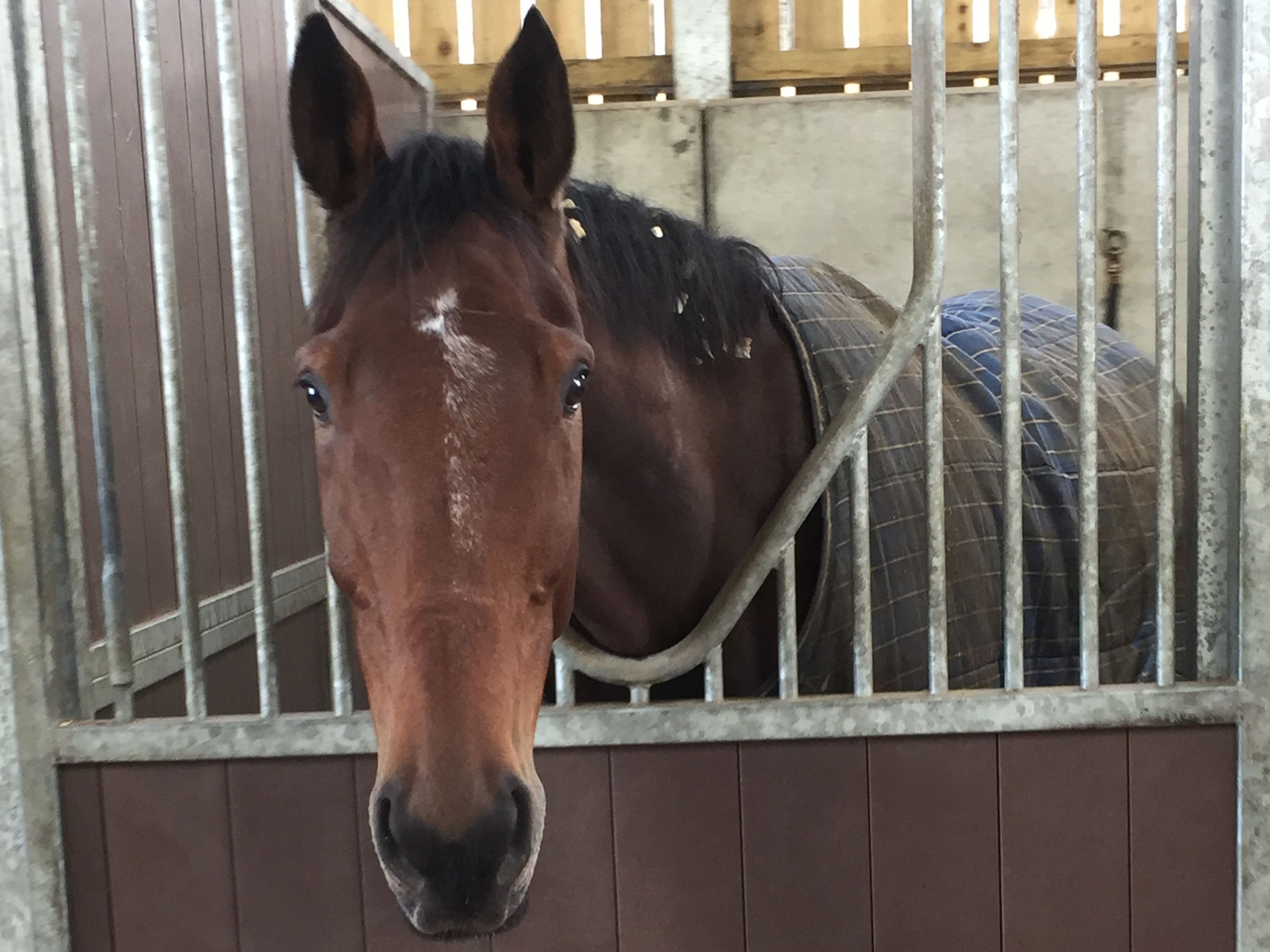 YOUNG BULL Young Bull is lining up in a maiden hurdle at Ffos Las on Sunday. He has come out of his hurdles debut in really good form. The softer ground and track we feel suit him slightly better. This looks a good opportunity for him on paper. We have always said whatever he does over hurdles will be a bonus as he is a proper staying chasing type. 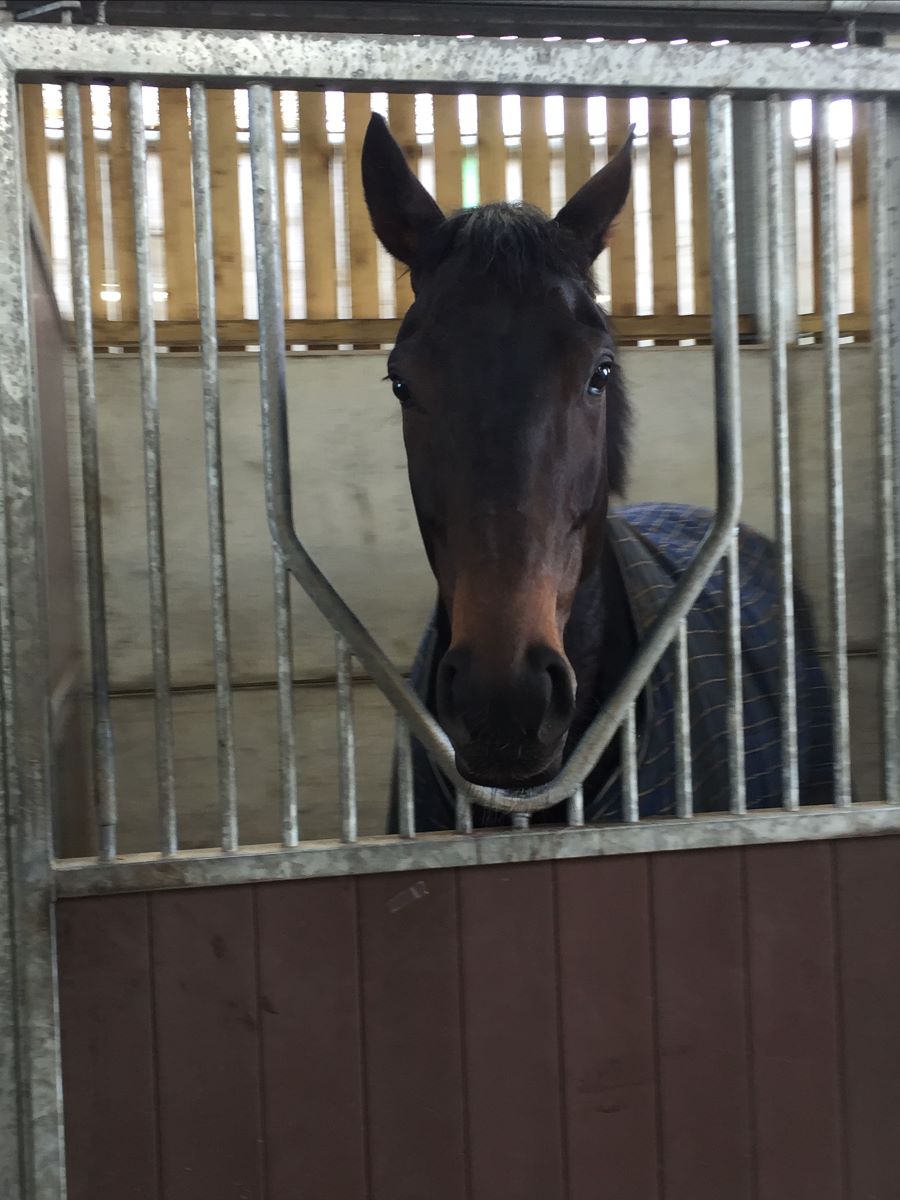 THE KINGS BABY The Kings Baby holds an entry for Monday at Kempton in the mares handicap chase over 2m4f. She ran a cracker on her return hurdles run the other day. This time she lines up over fences here were the track and trip is ideal for her. The main target is the mares listed novice chase in at Warwick in a month’s time but hopefully she will run a big race here on Monday. 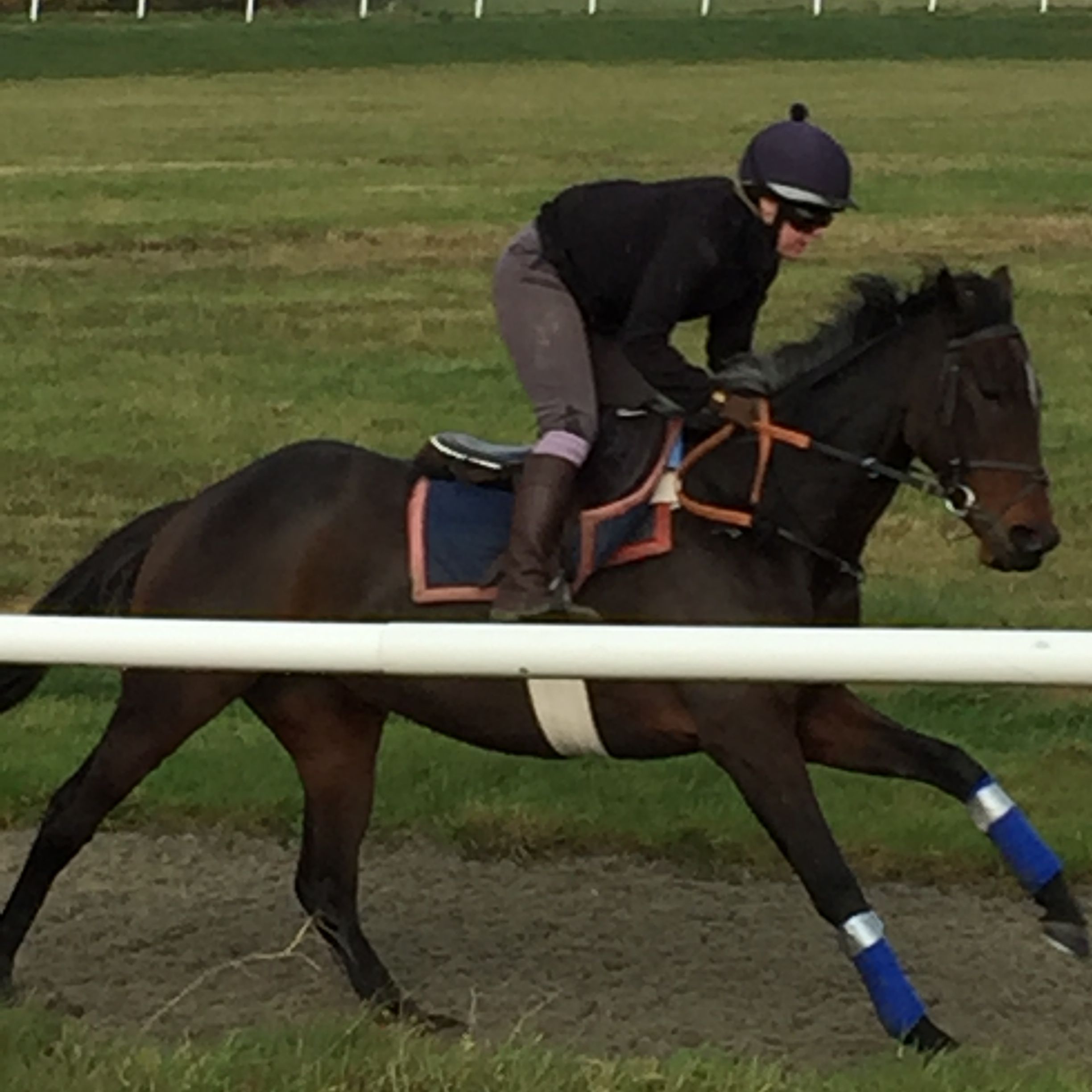 IN OTHER NEWS... HWR STAFF PROFILES Claire Muir - Bookkeeper  Claire Joined HWR this time last year taking on the role of part-time bookkeeper. Her duties include all the things that we have no idea about, so we are very lucky to have her help steer the ship from a financial perspective! Previous to starting at Hill Barn, Claire worked for a telecoms company in the accounts and administration department, where she learnt the main bulk of her trade. Originally from Newcastle, Claire moved to Thatcham when she was 14 years old with her parents and has been in and around the area ever since. Not from a racing or horsey background, she married Ben Muir who is the nephew of Grace Muir, director of North Farm Stud, so has learnt a thing or two over the last few years. Claire’s favourite horse in the yard is The Kings Baby. She quotes ‘she is only small but she is as tough as teak and as genuine as the day is long.’ Claire's big passion is Rugby and in particular England. Her pin up is Johnny Wilkinson and Claire recants "I was disappointed to find out that Johnny's favourite things in life were heathy eating and fitness; unlike Claire from Steps whose favourite things were wine, chocolate and a bath. I guess I am more like Claire than Johnny!." 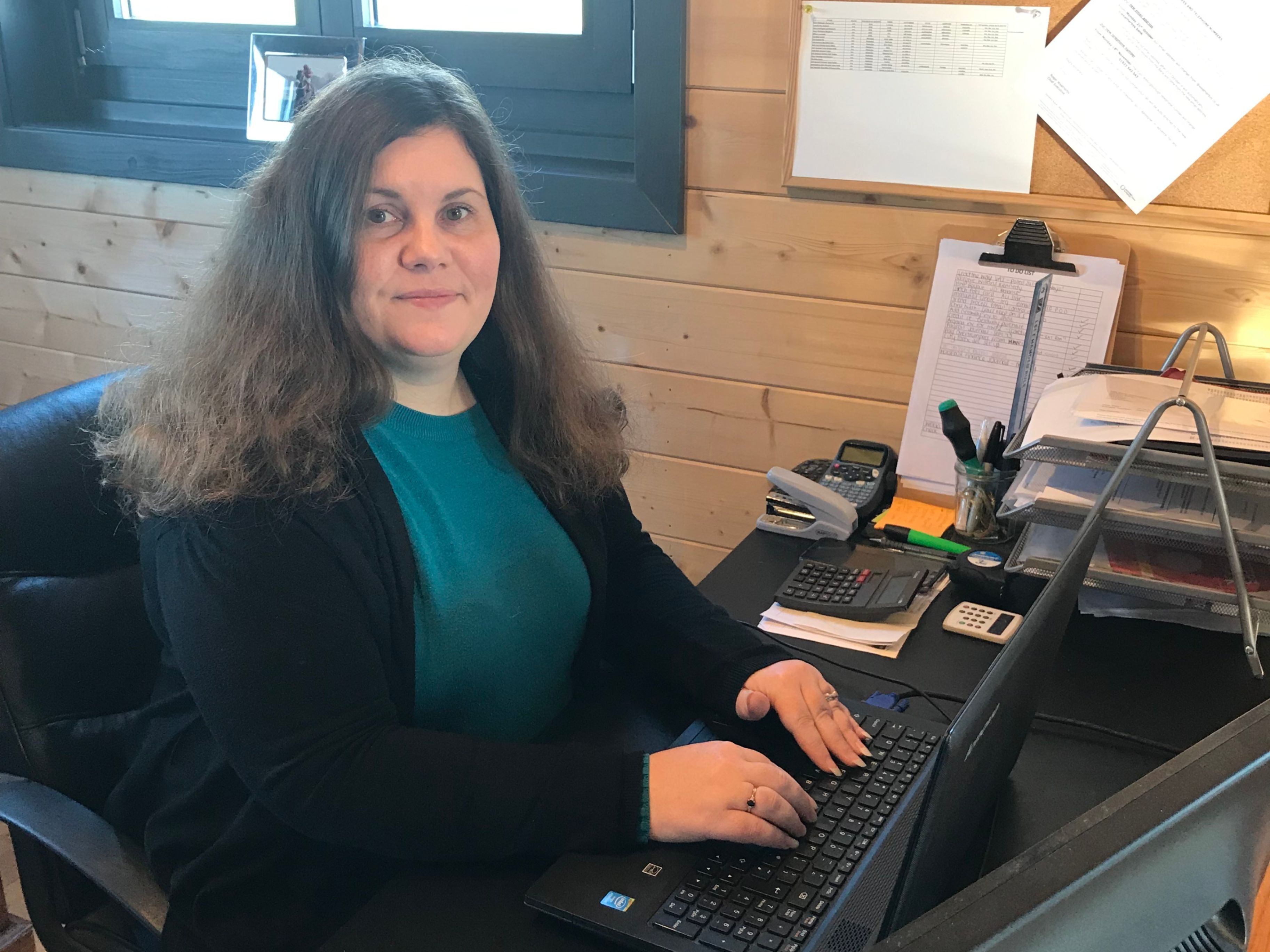 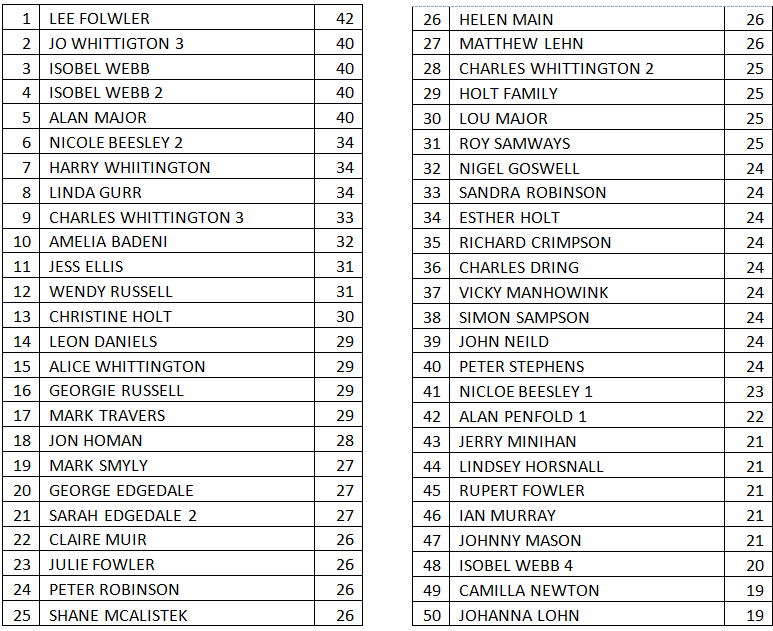 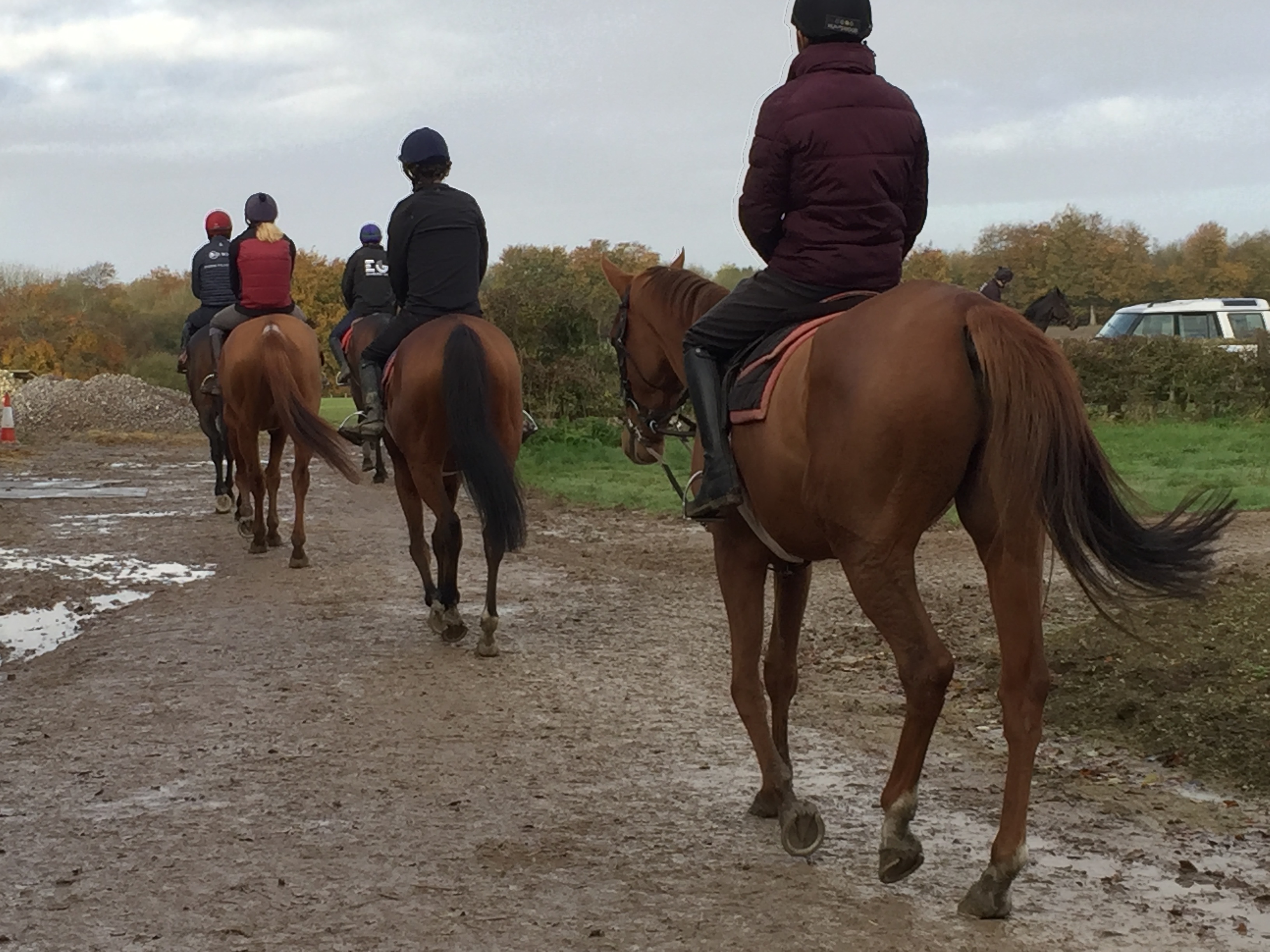