MAY THE GOOD TIMES CONTINUE…

THIS WEEK A wet week up on the hill but the horses have been on the whole in fantastic form on the track.  Young Bull hit the target once again, proving he's very much the exciting prospect we all hoped he would be.  And now with only 12 days until Christmas, we're very much in the run up to the busiest days racing of the year on Boxing Day.  We could not be happier with the horses and their preparations so may the good times continue... 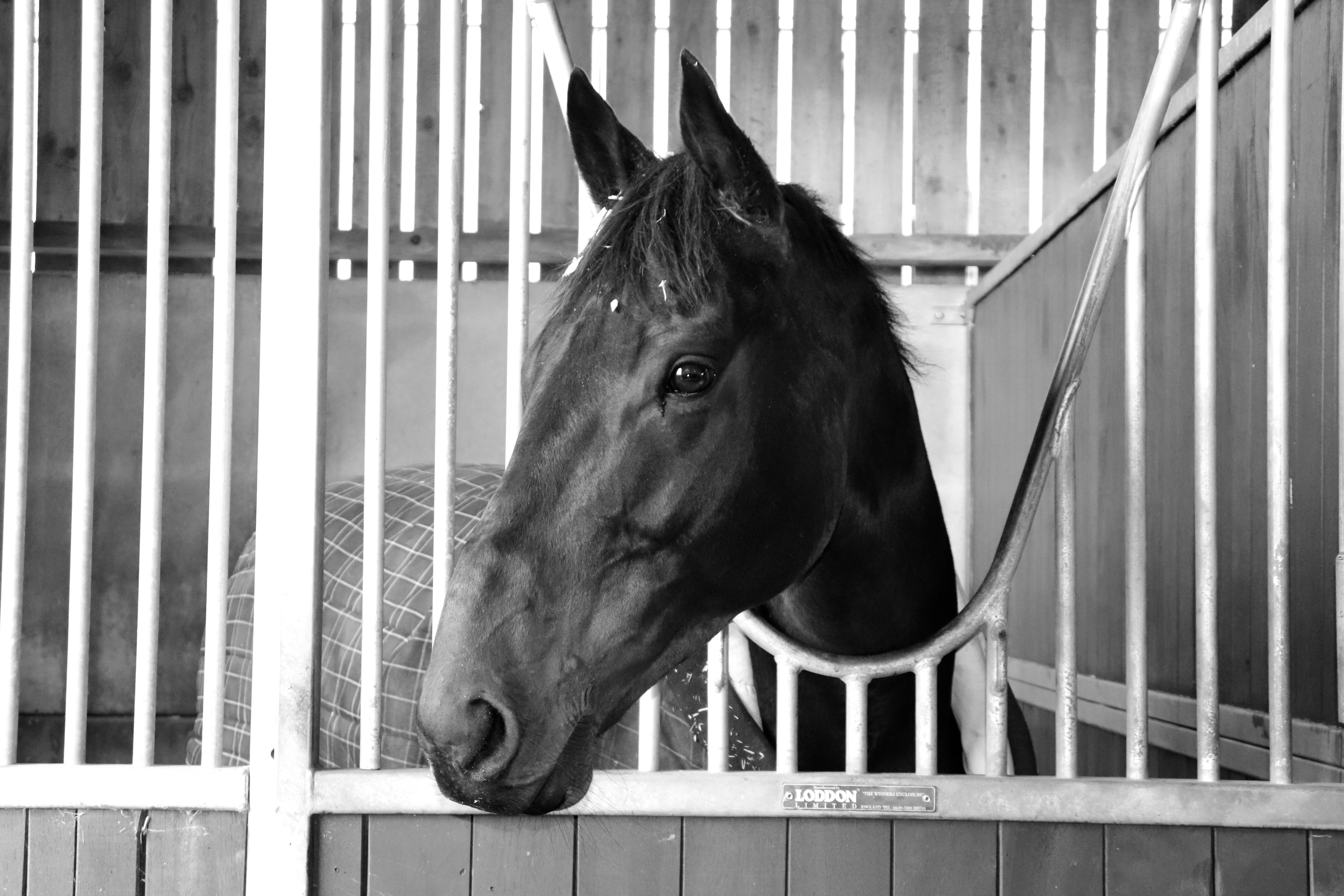 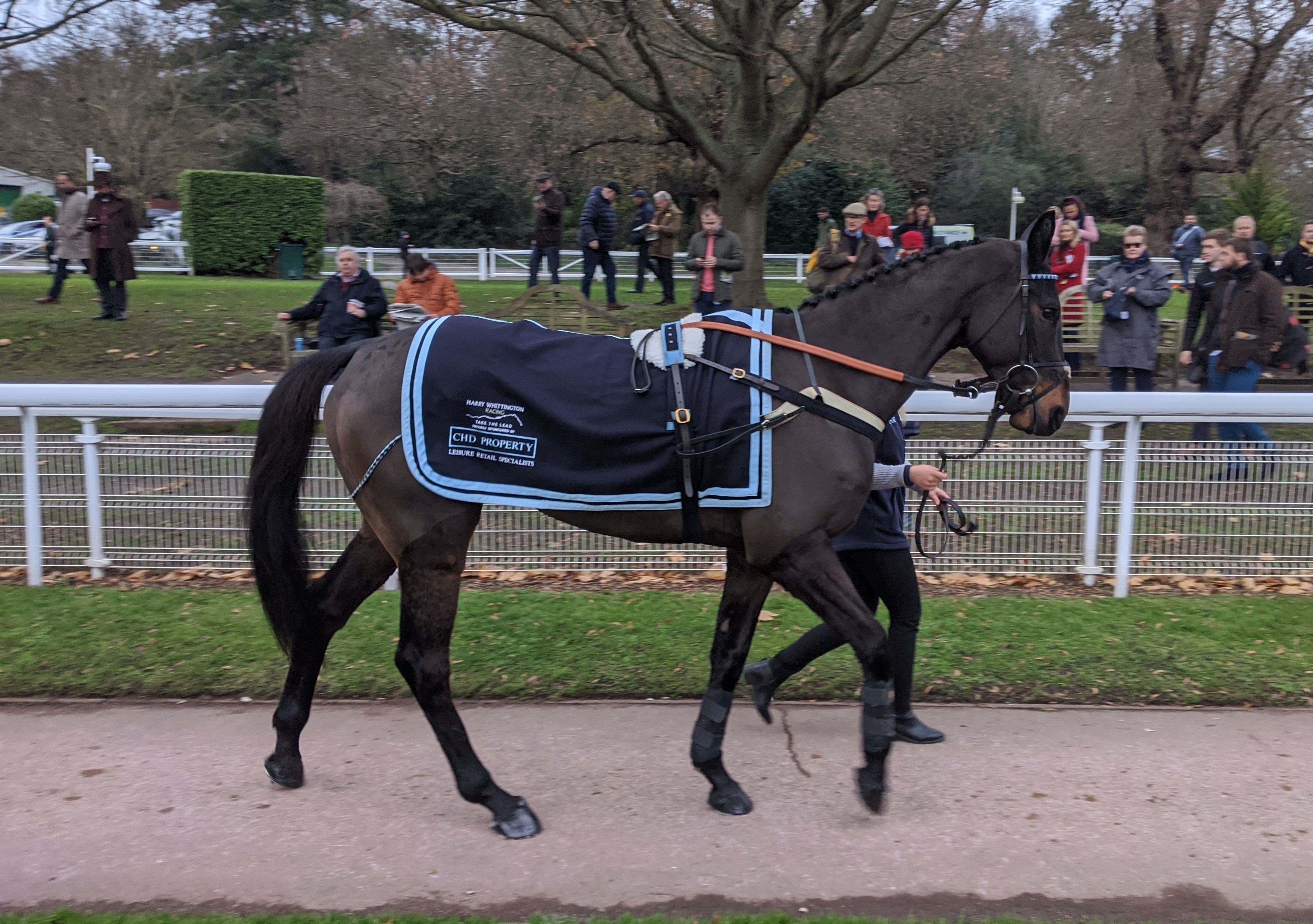 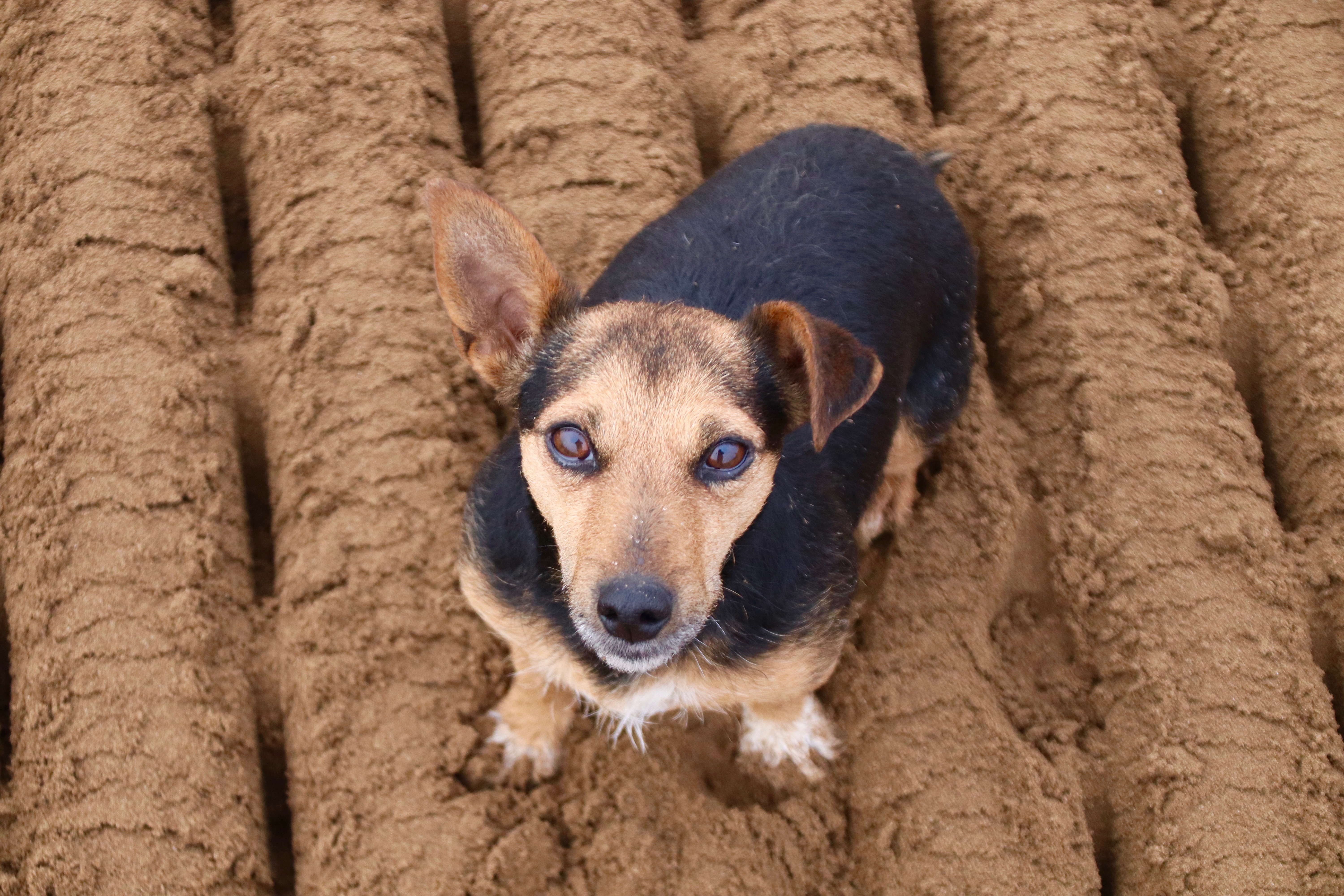 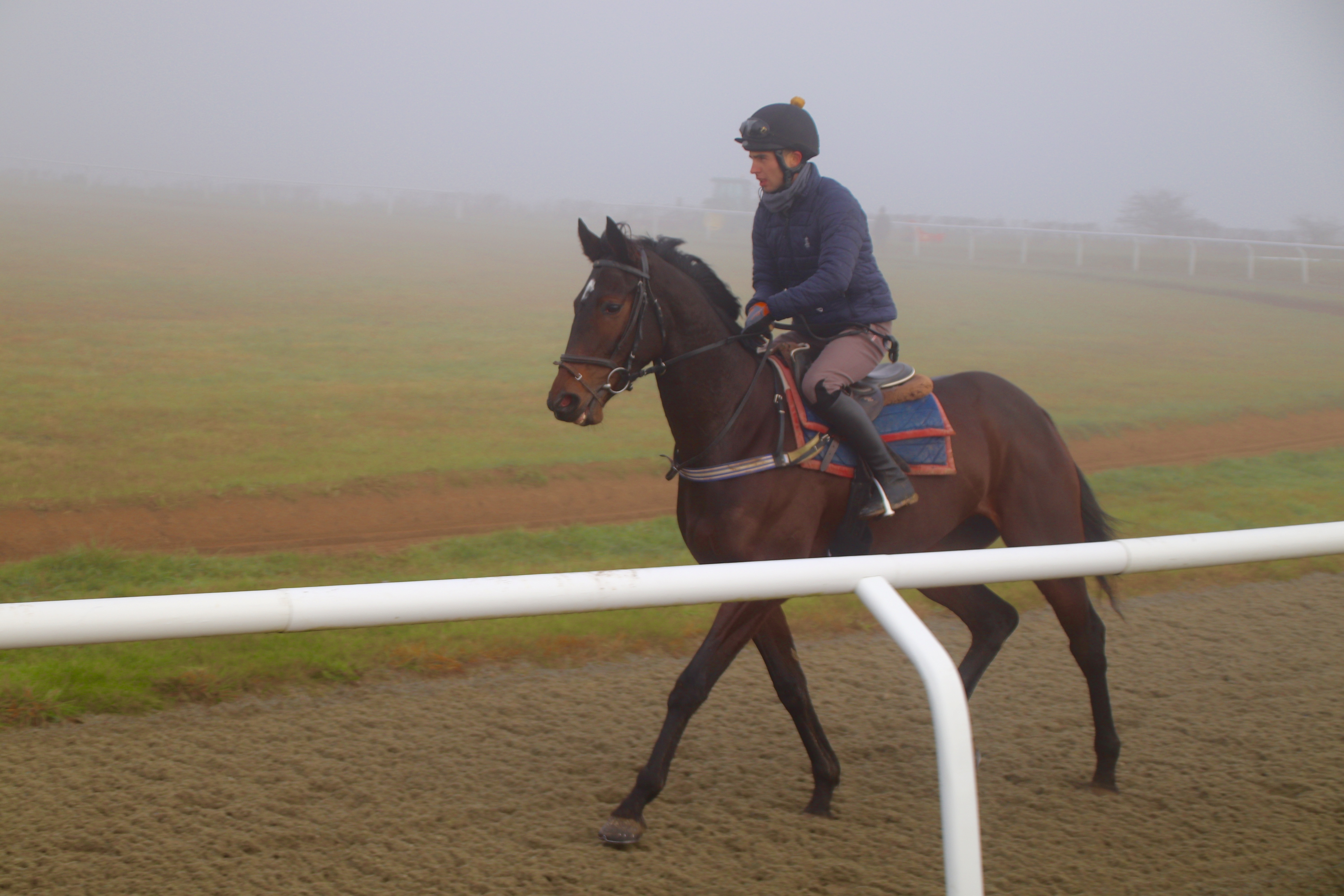 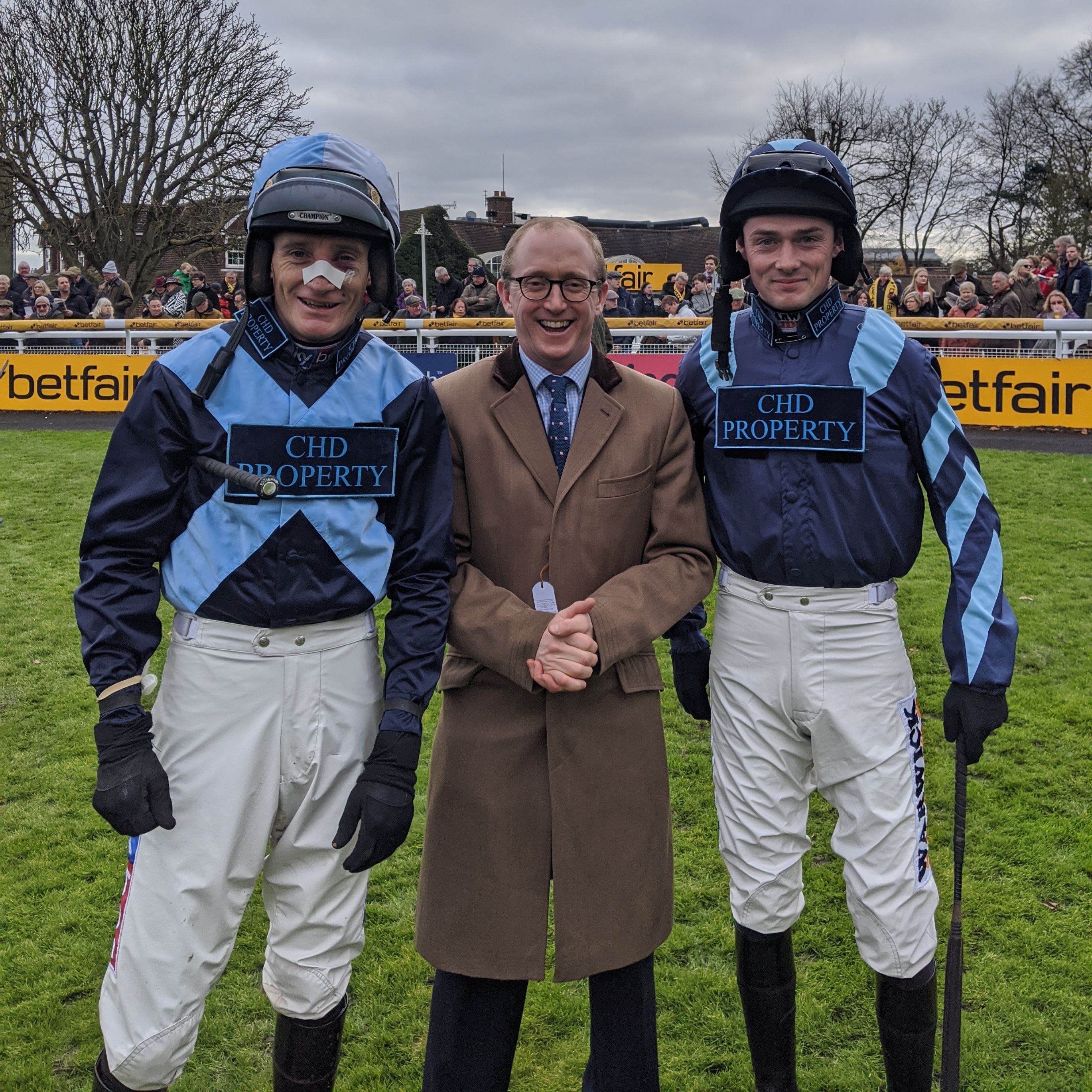 REPORTS POLLYAMOROUS Pollyamorous made her racecourse debut at Sedgefield last Friday in the bumper over 2m. We felt on paper we had picked a good opportunity for her here. We decided to ride her in a positive manner to give her every chance. She was a combination of green and in top gear the whole way. Halfway down the back straight on the final circuit she looked to be going okay.  As they kicked on from the top of the hill, she was very one paced and plugged on to finish 6th.  She has since been sold out of the yard at Ascot sales this week to go point-to-pointing. YOUNG BULL Young Bull won the Novices' Hurdle over 2m 5f at Wetherby on Saturday.  He was lining up under a penalty in a race which looked a good opportunity on paper.  We wanted to make plenty of use with him as he is all about stamina.  He showed a much more grown up performance and travelled through the race much better. Page Fuller gave him an excellent ride and had the fractions spot on from the front.  Having jumped the last in front, he had one rival to beat and was very tough to outstay her and win by a length. 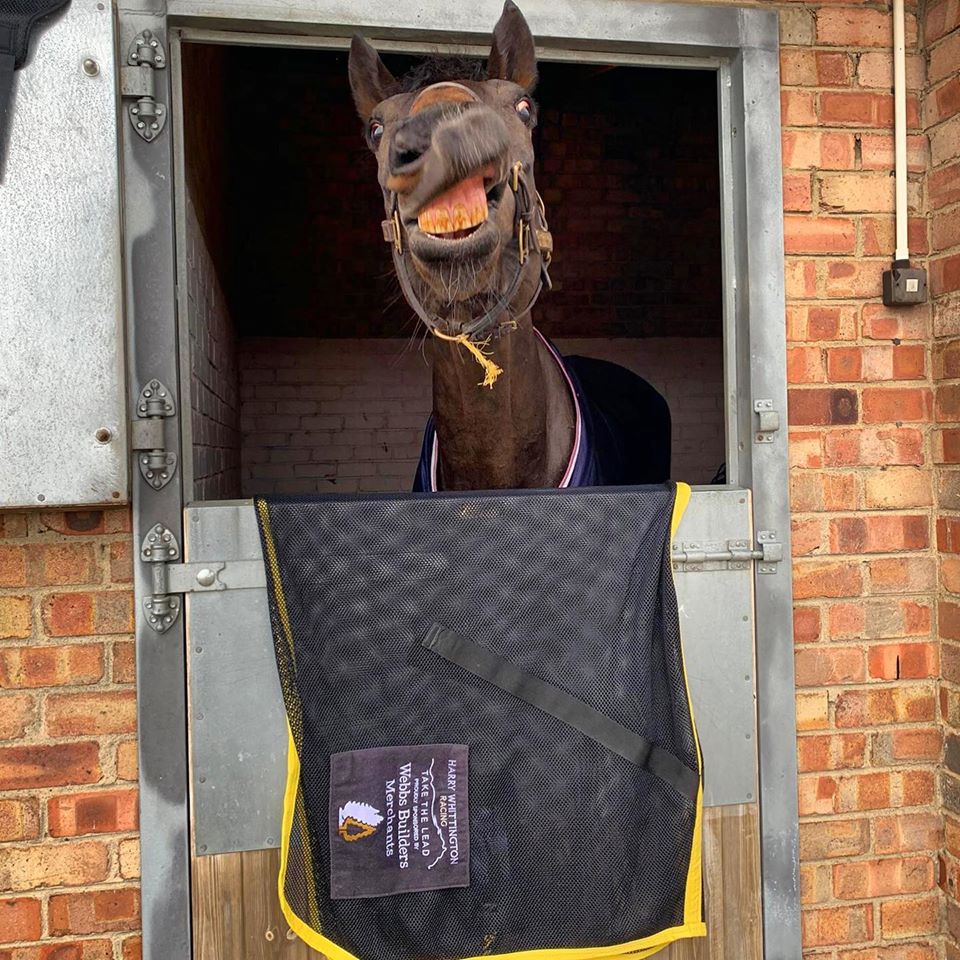 THE KINGS BABY The Harry Whittington Racing Clubs' The Kings Baby lined up in a competitive race at Sandown in the Elmbridge Mares' Handicap Hurdle over 2m 4f.  There was no pace so we ended up getting a soft lead.  She got into a fantastic rhythm and jumped exceptionally well. Jack Quinlan who was riding her for the first time got on with her really well. Turning out the back straight she looked to have every chance which was very exciting. She stopped quite quickly at the bottom of the hill and once they overtook her, she ran on at the same pace. She ended up finishing eighth and ran with much more encouragement. Jack reported that she made a noise and so she has been back to Ben Brains for a wind operation. Jack was very complimentary about her attitude and with the wind operation she should be back winning races before too long. HENRIETTA BELL Henrietta Bell lined up alongside The Kings Baby in the mares’ handicap at Sandown.  This was her first run back after having a wind operation last month. The race cut up a bit which meant she had to carry top weight. She didn’t travel like she normally does but she did jump well, bar one hurdle down the back. She stayed on to finish the race in mid division. Daryl Jacob reported that she absolutely hated the going but she never stopped trying. We will most likely give her a little bit of time now and wait for some better ground before running her again. VINNIE LEWIS  Vinnie Lewis lined up in his season target the London National at Sandown on Saturday. He had a good position for much of the way round and was jumping with his usual zest. He had to avoid a couple of fallers on the way round, in what was a messy race. As they turned out the back he looked like he had a good position but jockey Aidan Coleman pulled him up immediately as he saw a yellow flag.  Yellow flag means stop and the race is then void.  Vinnie is absolutely fine afterwards and will now head for the Sussex National on the 5th of January,  the same race he won two years ago. 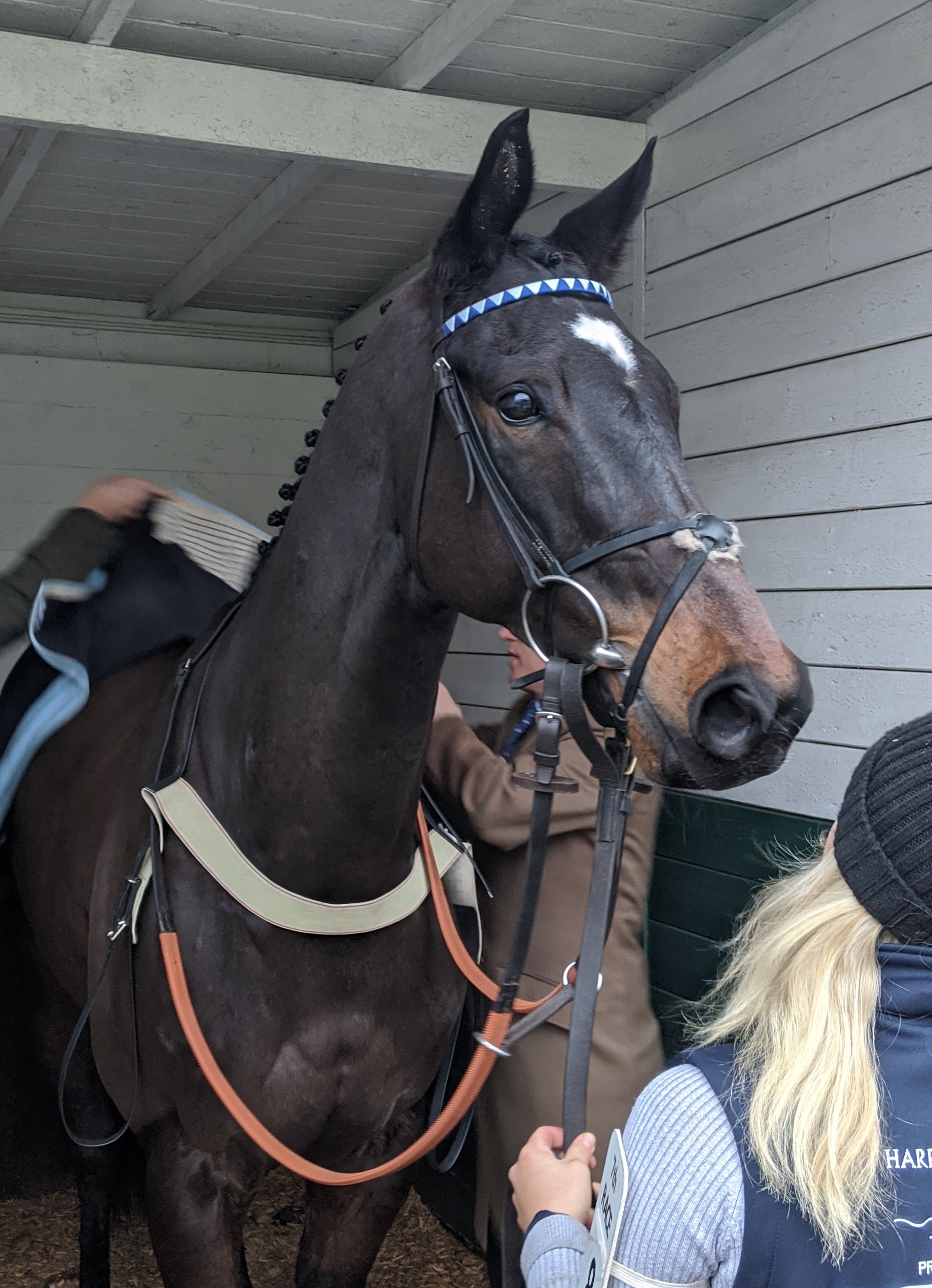 SHAFFIRE Saffire made her yard debut at Lingfield on Monday in the Bombardier "March To Your Own Drum" Classified Stakes over 1m.  She has been running over sprint trips on the flat, but she has been trained here with a view to stepping up in trip. This was her first run stepping up to a mile and with a bad draw we had to switch her across to the inside in behind horses. Richard Kingscote gave her a peach of a ride and she showed a good turn of foot in the home straight but just got beat to finish 2nd. She may have won with a better draw and we will look to run her again in the coming weeks under similar conditions. KHAGE Khage headed to Uttoxeter on Tuesday to line up in a beginners chase over 2m4f.  He was making his third start over fences here in a small field and also up in distance. He settled nicely and until the ditch he had jumped well enough.  He then missed a couple of fences in a row and quickly lost his position. He was then on the back foot and his chances had gone so Gavin pulled him up. He will now be switched back to hurdles for a Spring campaign. He is still a novice over fences so he will likely return to chasing in a years time. OVERTRUMPED  The Harry Whittington Racing Clubs' Overtrumped made her second start for the team at Leicester on Wednesday in the 2 mile maiden hurdle.  She had been a bit disappointing on debut but she has a good attitude at home so we were hopeful for a better run this time. She shaped really nicely on this occasion and jumped fantastically. At the bottom of the hill she galloped on showing plenty of potential to finish 2nd at a massive priced 50-1! She should be able to win down the line in handicaps on better ground. ENTRIES SHANTOU VOW  Shantou Vow has been declared to run at Hereford tomorrow in the Novices' Hurdle over 2m 3f.  Since winning last time out the penny has dropped with him at home massively and he is much sharper for it. His last run was very pleasing as he had been very backward mentally beforehand. He has a fantastic pedigree and should improve for the step up in trip so we are looking forward to running him. PAT KELLY Pat Kelly holds an entry at Ffos Las on Monday in a maiden hurdle over 2 miles.  Since his bumper debut Pat has been learning how to jump at home and he has been very pleasing. He will certainly need the experience and will be one for a trip in time. He shows a good attitude at home and we are looking forward to seeing how he gets on with his first experience in a race over an obstacle. STICK WITH BILL Stick With Bill also holds an entry back at Ffos Las on Monday in a novice hurdle over 2m4f. He has an excellent record around this track having won here twice, therefore we would hope for him to have a great chance of backing up under a penalty. JAMMY GEORGE  Jammy George lines up at Newbury on Wednesday in a novices handicap chase over 2m7f. He frustratingly unseated at the first fence last time out but should bounce back, having done plenty of schooling at home. The race should suit him well and he is a proper staying chaser for the future. 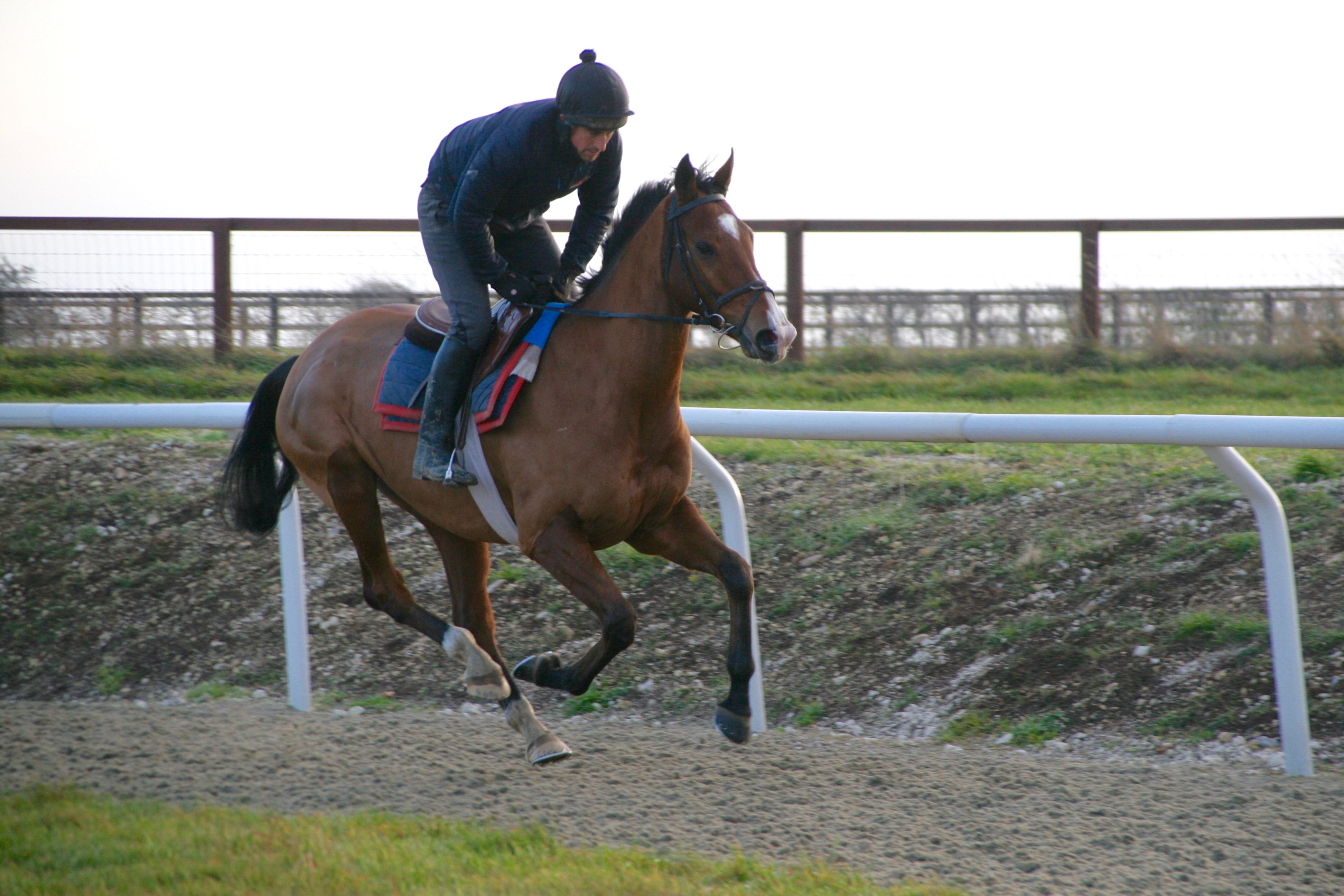 CATELINE  Cateline holds an entry at Hereford on Thursday in the mares bumper over 2 miles. She has taken a step forward from her bumper debut at home which is great to see.  She has always been very immature mentally but the run has done her the world of good. She was very green last time but stayed on eye catchingly well. Hopefully she can be more competitive this time and run a nice race. 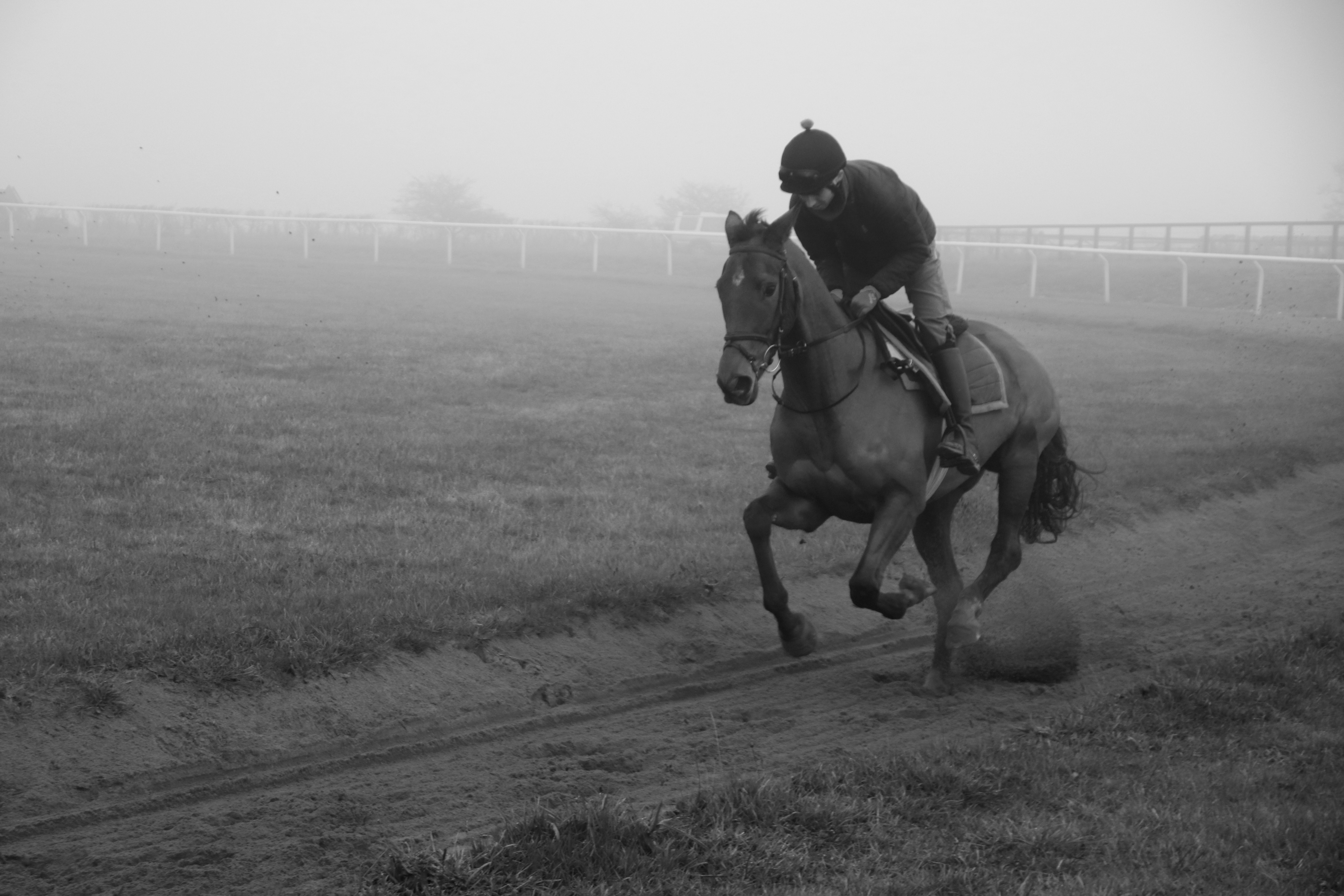 SHORE SHANTY  hore Shanty holds a few entries this week in bumpers. She is a nicely bred full sister to Henrietta Bell who has taken a little bit of time as she just kept growing.  She has been showing ability at home but she will most likely need the experience first time out.  She has a good jumping pedigree so will improve in time for hurdles. 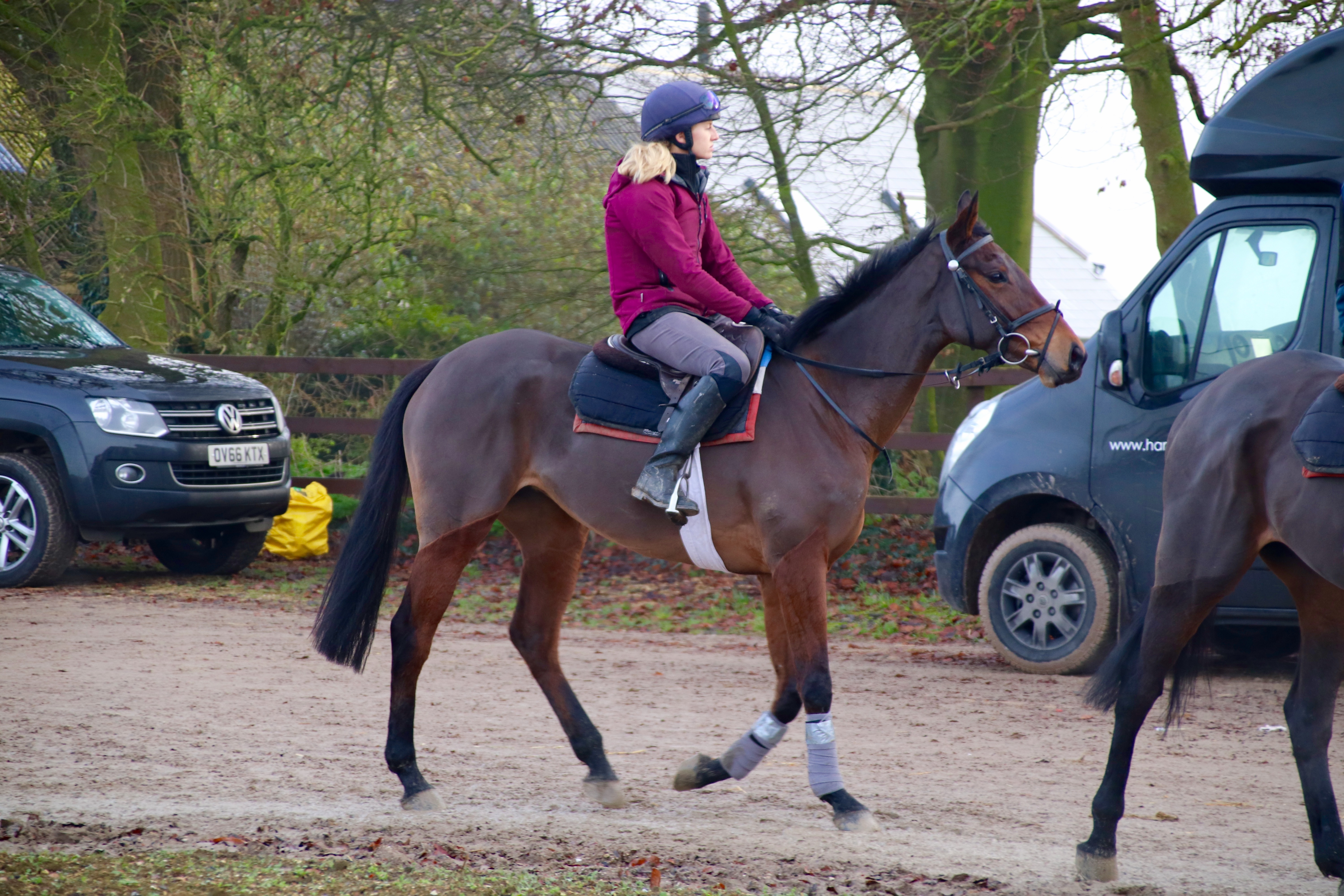 IN OTHER NEWS... A VISIT THIS WEEK FROM PHOTOGRAPHER - FRANCESCA ALTOFT Photos available to view and purchase via her website on this link:  https://www.francescaaltoft.co.uk/harry-whittington-yard-visit 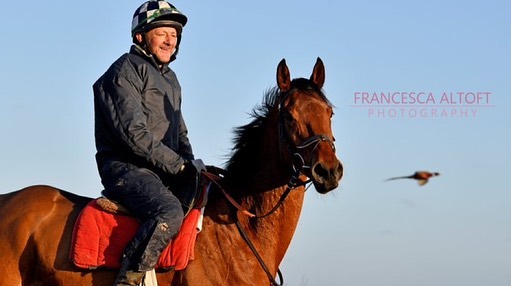 EMPLOYEE OF THE MONTH

THE NEXT WINNER WILL BE ANNOUNCED ON: 27th DECEMBER
Kindly sponsored by: 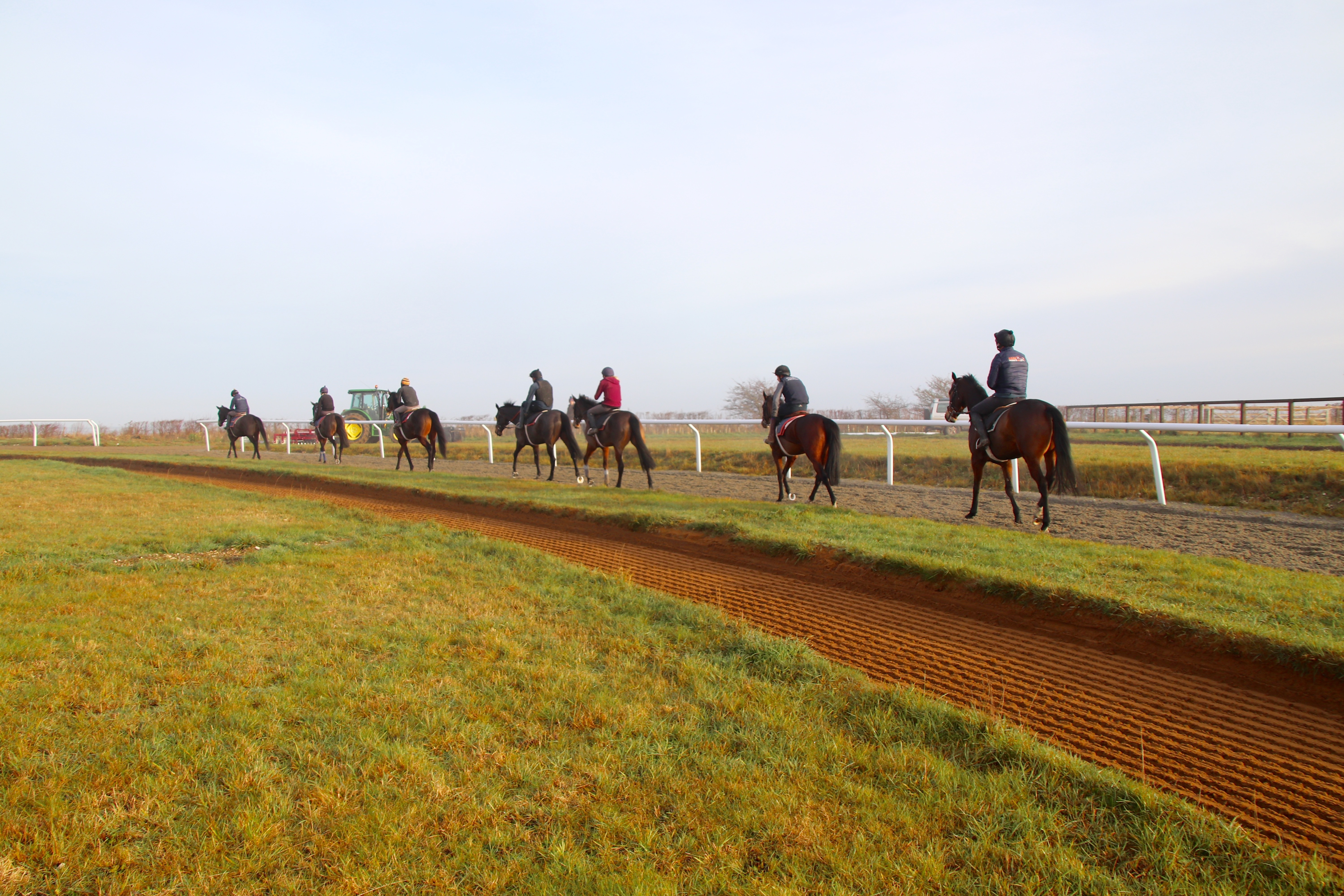