THIS WEEK We’ve had another really great week with two winners and we are now within reach of the yards 100 winner milestone! We’re in a bit of a purple patch at the moment, which is really encouraging with so much big racing still to come. Fingers crossed we can keep it going... 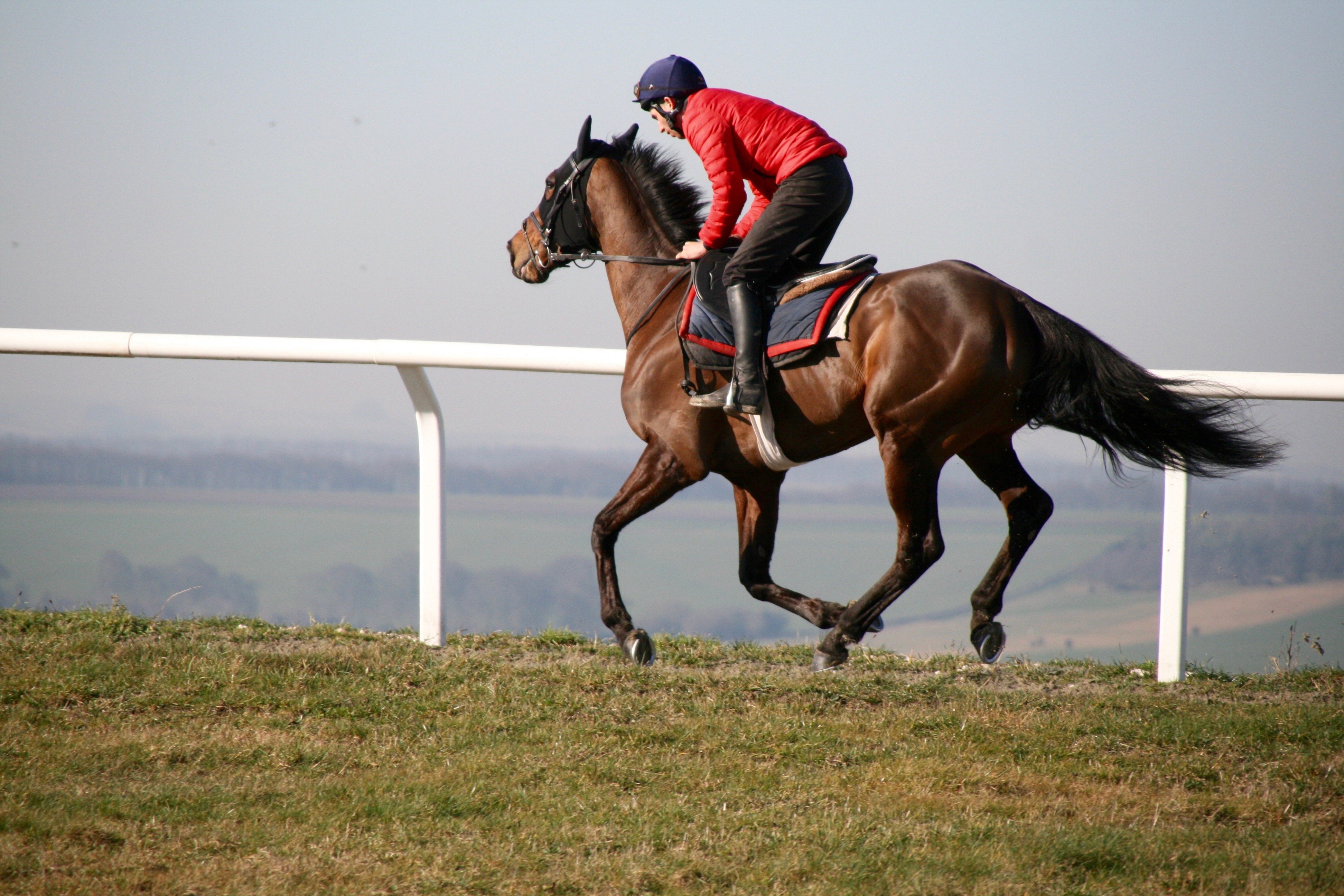 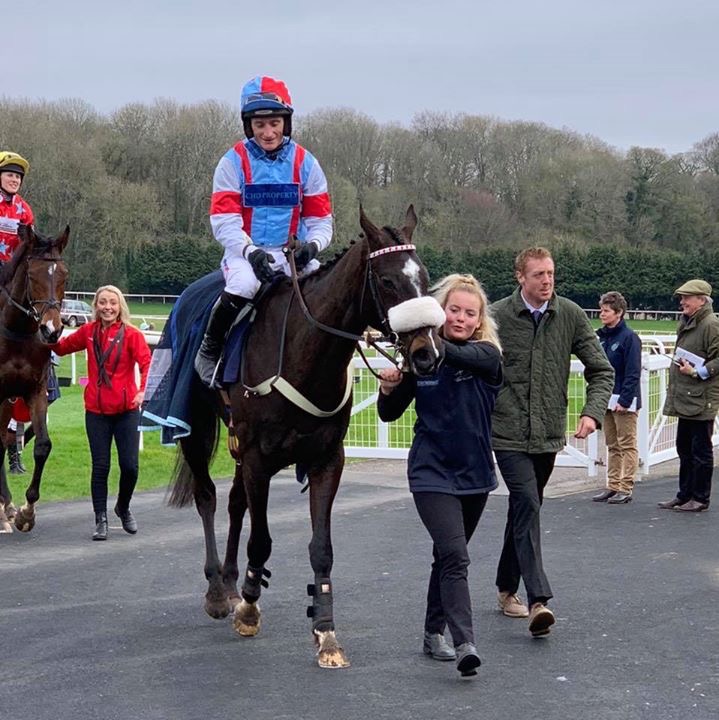 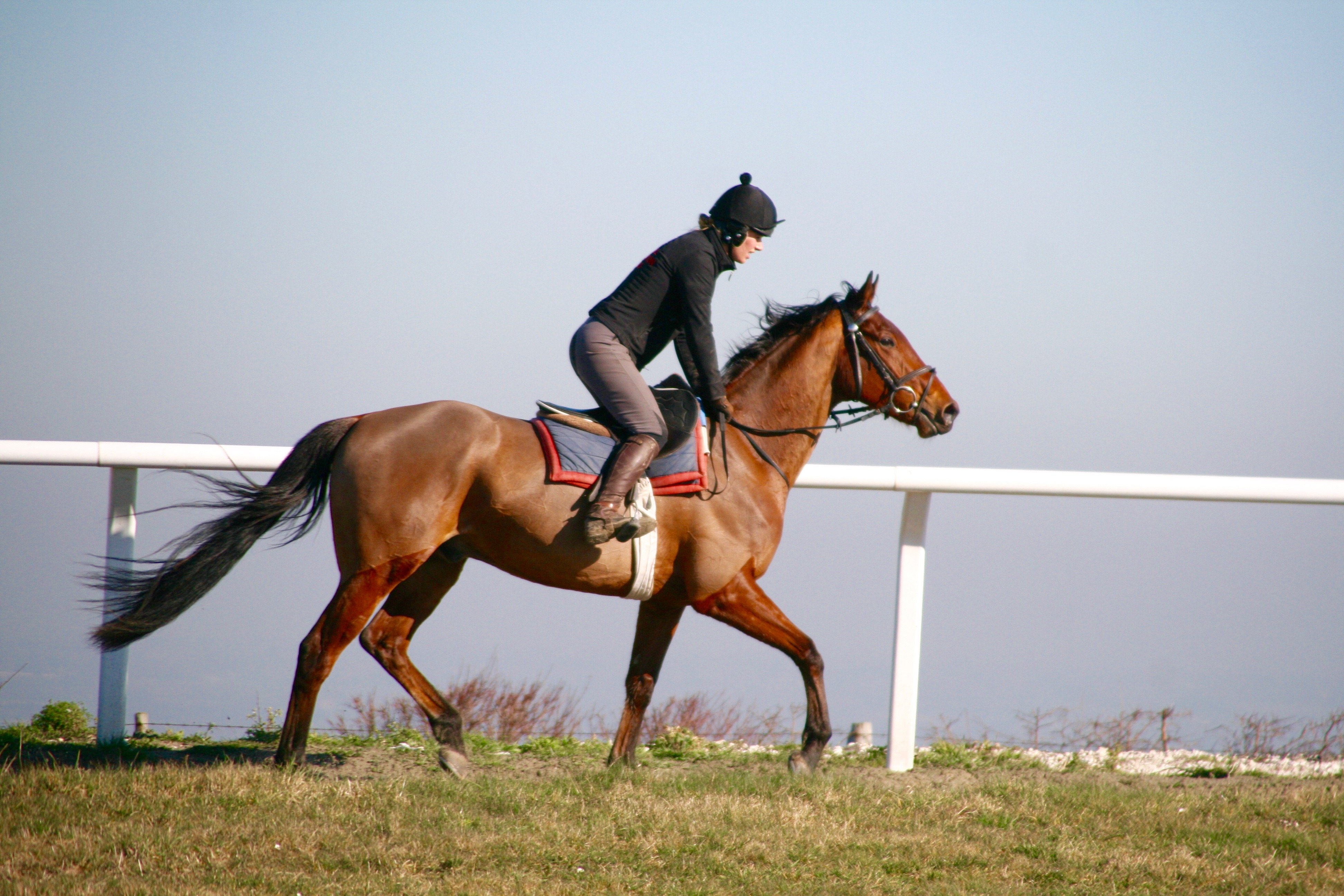 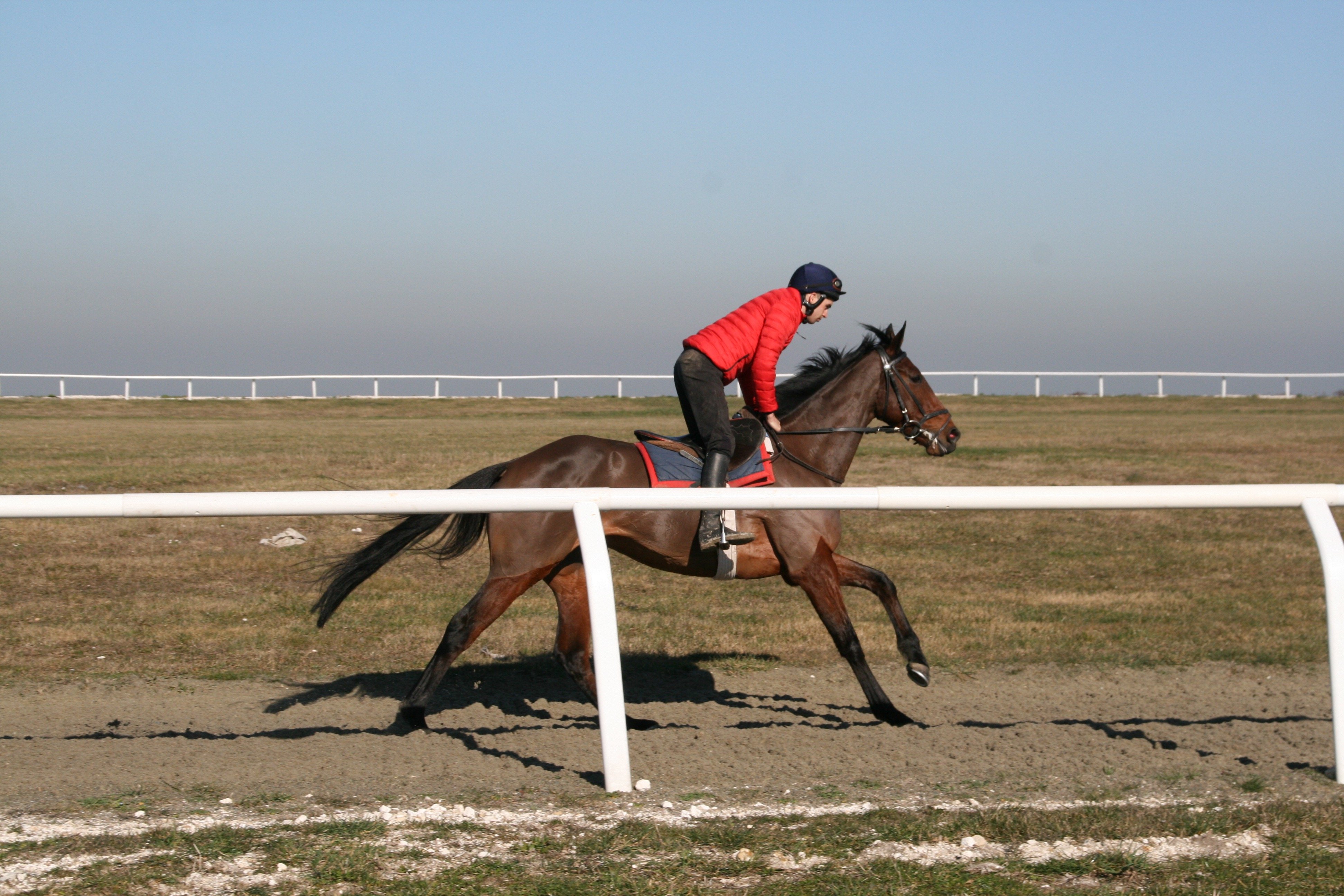 REPORTS SIROBBIE Sirobbie made his way to Huntingdon on Tuesday to line up in the Class 5 Mansionbet maiden hurdle over 2m.  After running a nice race last time here showing signs of being green, it was important that he came on mentally and professionally for the experience.  He must have enjoyed his last run as he behaved himself impeccably on this occasion.  We jumped him off in a handier position this time, jumping and travelling better than before but was out paced halfway down the back which meant he was out of contention.  He stuck at it well and stayed on the same pace to finish a good 5th.  He should now get a handicap mark and hopefully we can have some fun with him over the summer. LANTIERN Lantiern also headed to Huntingdon on Tuesday to run in the Class 5 Mansionbet standard national hunt flat race for conditional and amateur riders.  This time he was having to carry a penalty having won the last time out.  He is horse that we hold with high regard at home and it was great to see him win so well at Lingfield.  This opportunity at Huntingdon did not look a bad contest on paper and Jamie Neild was having his first ride for the yard to claim a useful 7lb.  As he rides the horse every day it made a lot of sense to use him.  Jamie got the horse beautifully switched off and relaxed in the initial stages and as the horses around him started to get tired down the back straight he made up a lot of ground quickly but as they were turning in he got squeezed for a bit of room and got checked so had to come with another run. With a furlong to go he looked to have every chance but just ran out of it to finish a solid 3rd beaten a length and half giving 7lb to the second horse and 5lb to the winner.  He has now had 4 bumper runs and will now be given a rest before going novice hurdling. KHAGE Khage won impressively on Wednesday in the Ecic novices hurdle class 4 over 2m at Chepstow.  He was coming in to this off the back of a solid 2nd last time out and he having to carry a penalty here again in a competitive novice event having won the time before.  There was no pace on so we decided to make our own running.  Jockey, Daryl Jacob got him into a lovely rhythm out in front and he jumped and travelled beautifully.  The difference here was how relaxed and professional he was which made him show the class we knew he always had.  The way he jumped the last 2 and quickened away after the last hurdle in style gave us all a great thrill, it also put win number 99 on the board for team HWR.  One more until we reach the 100 winner milestone! 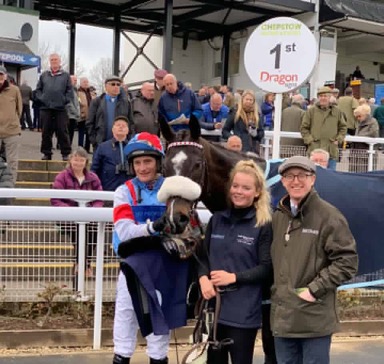 WEAPONS OUT Weapons Out ran in the G C Rickards standard open national hunt flat race over 2m at Ludlow yesterday.  He was in really good form at home and has strengthened up for a mini break in the winter so we were looking forward to getting him out again.  He was the best of the form horses going in to the race but there looked some useful types on pedigree out of the un-raced horses.  He travelled as he always does extremely well through the race, striding out and coving ground with such ease.  As they turned into the straight he started to come off the bridle, he looked to have every chance with 2f to run but just stayed on very much at the same pace in the last furlong to finish 4th,beaten by some useful types giving them plenty of weight.  He is a horse that is showing a lot of speed but he is not the strongest of stayers as he has a lot of flat speed in his pedigree so he would be one for a potential flat race in time. DJIN CONTI Djin Conti won at Southwell on Monday in the class 4 toalsbet handicap chase over 3m.  He won nicely in what looked a good opportunity for him on paper.  He jumped and travelled with such ease during the race and turning in it looked as though he would win easily, but the horse which lead managed to find a bit extra and meant that we had to pull out a bit more to win the race.  He was giving one and half stone away to that challenger so full credit to horse for getting his nose in front. He then headed to Sedgefield yesterday to run in the download the mansionbet app handicap chase over 3m2f.  It was always going to be a hard thing to do after 3 days but it was worth a crack with only 3 runners.  He travelled and jumped with such ease through the race and looked a winner turning out of the back straight.  However when push came to shove in the closing stages he just couldn’t quicken past the other rival giving 13lb.  It was a good effort to finish 2nd by only 1 ¾ lengths and we're really pleased with both of these runs.  He will now be freshened up to run again over fences in the near future. 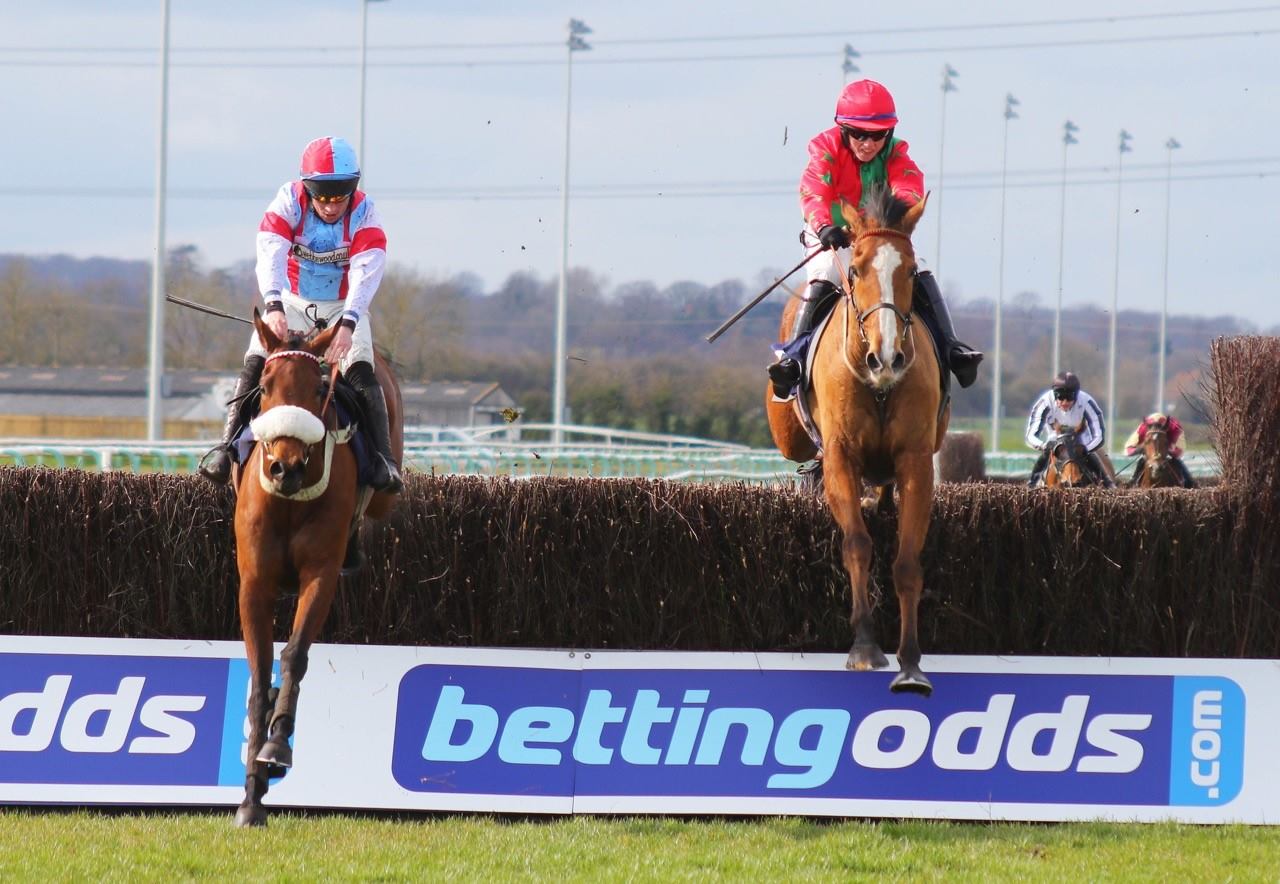 ENTRIES BRANDY JAMES Brandy James is set to run at Newbury tomorrow in the be wiser insurance juvenile handicap hurdle over 2m2f.  He is in really good form at home and he is coming into this race of the back off a solid run at Newbury last time out.  He has been crying out for a step up in trip and a strongly run race which is what we should get here, if he   improves for going up in trip and proves that he is well handicapped who knows, he could go and run a good race.  It’s a good prize and due to that fact it’s well worth a go. 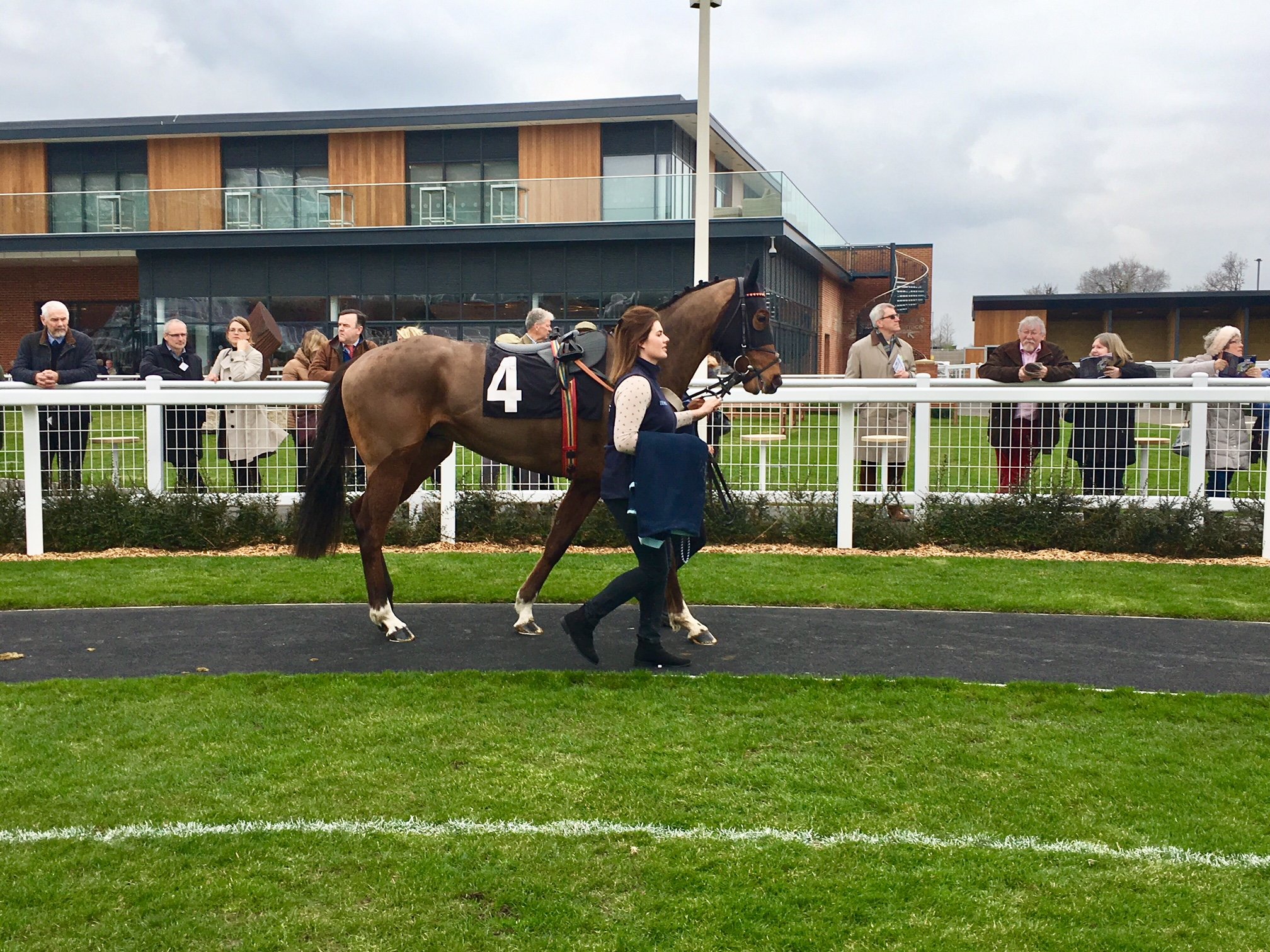 HONOURMISSION Honourmission holds an entry at Newbury tomorrow in the John Haine Memorial novices hurdle class 4 over 2m.  He jumped and travelled well last time but he is still very green, but we're hopeful that Newbury is a good track to learn more about him and where we go next.  He has been in good form at home so we hope he can show us some ability. ZANZI WIN Zanzi Win holds an entry at Hereford on Tuesday in the St.Michael’s hospice juvenile maiden hurdle over 2m.  He has been in really good form at home and ran a really encouraging race last time out at Fakenham.  He is back in a juvenile hurdle here that he should be competitive in and is a likeable horse that we should have some fun with in the summer. 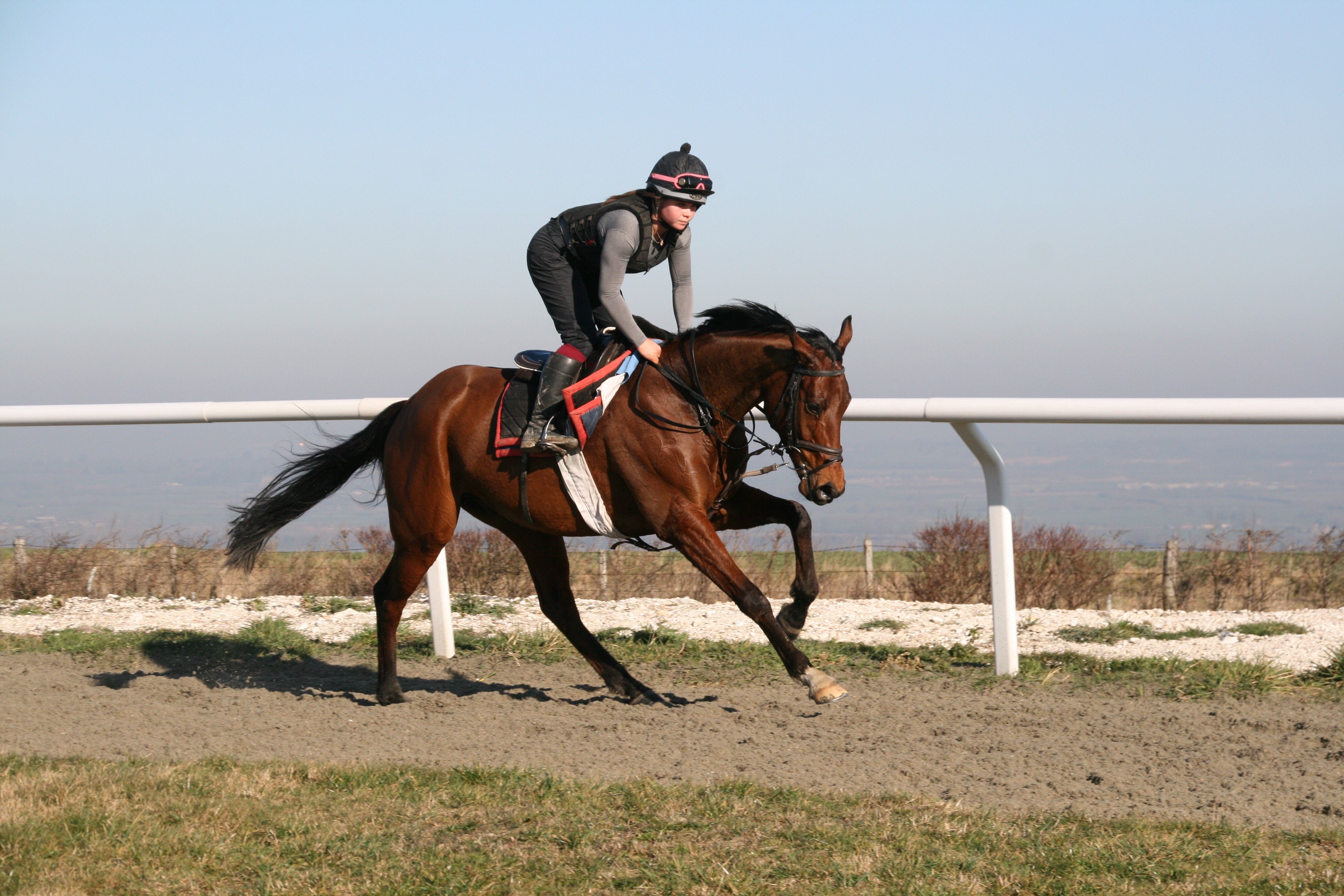 THE KINGS BABY The Kings Baby is in really good form at home and has a number of up coming entries.  She has been running well over hurdles of late and the handicapper has given her a chance.  We will decide where to run her when we have been through all her entries. DARA'S PRESENT Dara’s Present holds an entry next Thursday at Warwick in the join racing tv now novices handicap chase over 3m.  He has had a wind operation since his last run which it turned out he needed.  The race might come a touch soon but he will need to have a blow.  He schooled over fenced very well this week and he is surely well handicapped if this falls in to place.