THIS WEEK We've had another busy few weeks in the blistering sunshine with each runner continuing to fire in the target zone.  Last week we scored another double with victories for 2 tough mares - Henrietta Bell and Cardy, both scoring at Worcester on Tuesday night.  The week was then topped off with the old boy Salto Chisco getting back to winning ways at Bangor on Friday, albeit in a hard fought dead-heat!  We're now proudly carrying a strike rate of 37% for this season with a total of 11 winners so far, by far our highest ever tally during the summer on record.  So with more runners next week and all the winter horses now back in full work, we're full steam ahead... 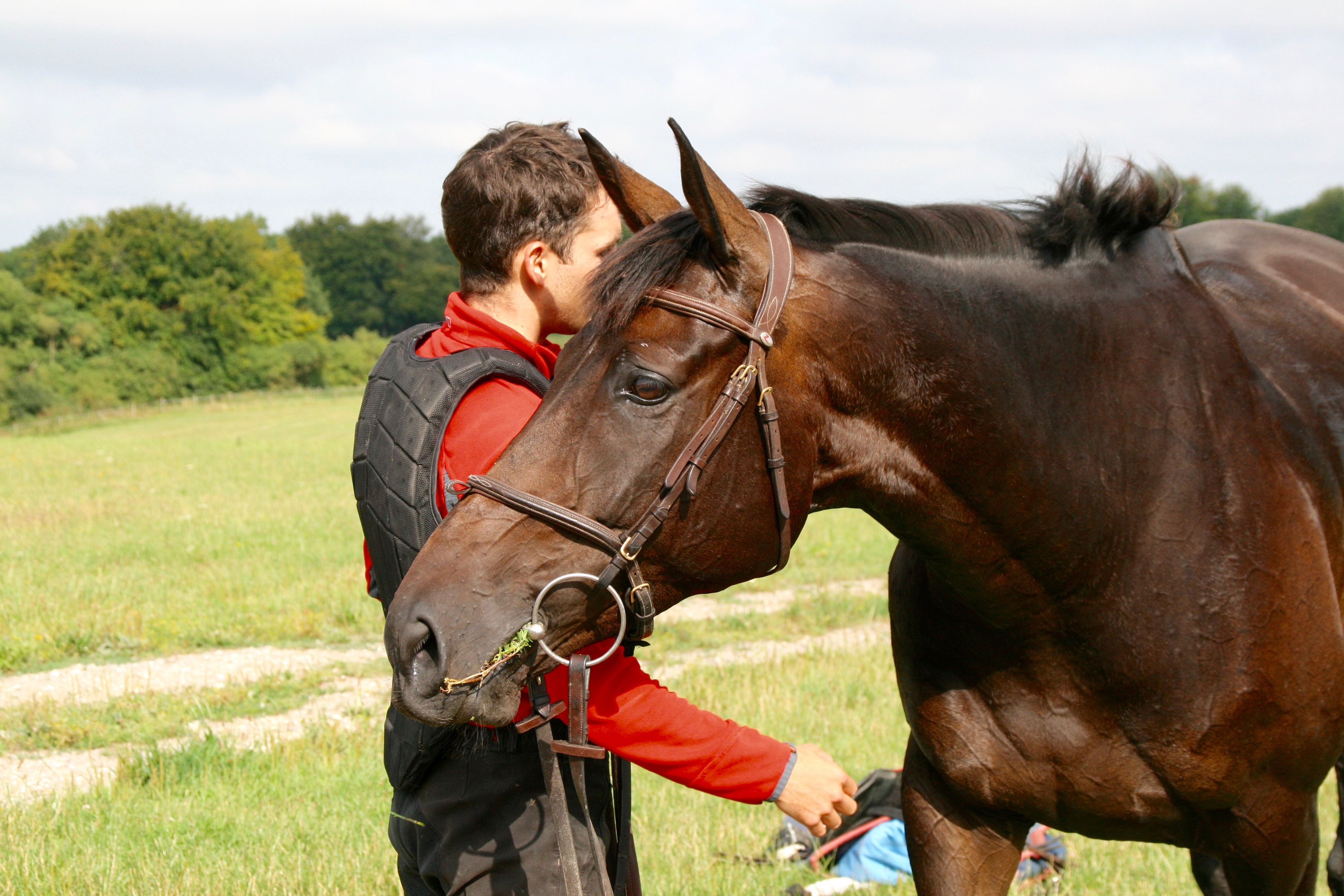 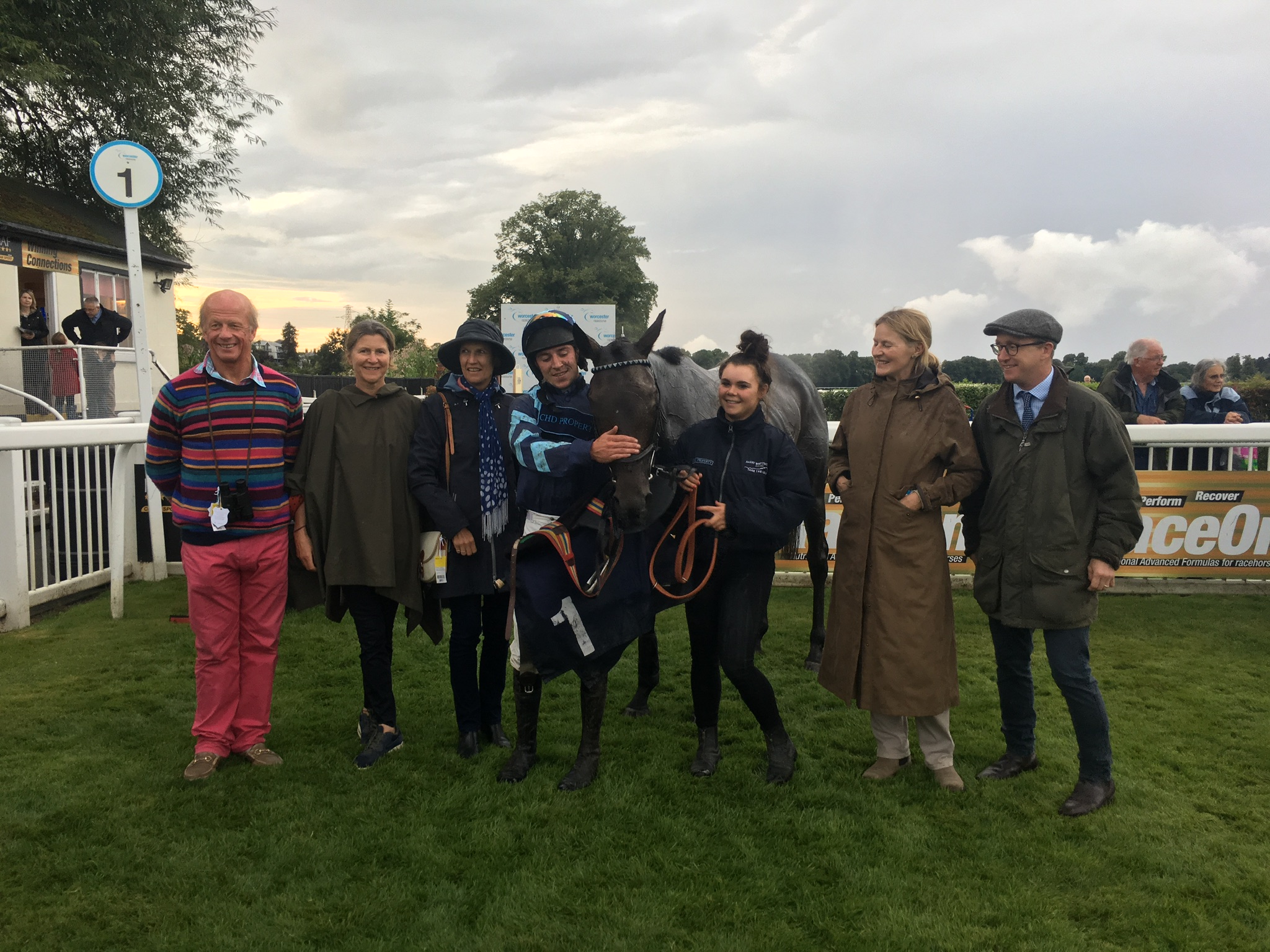 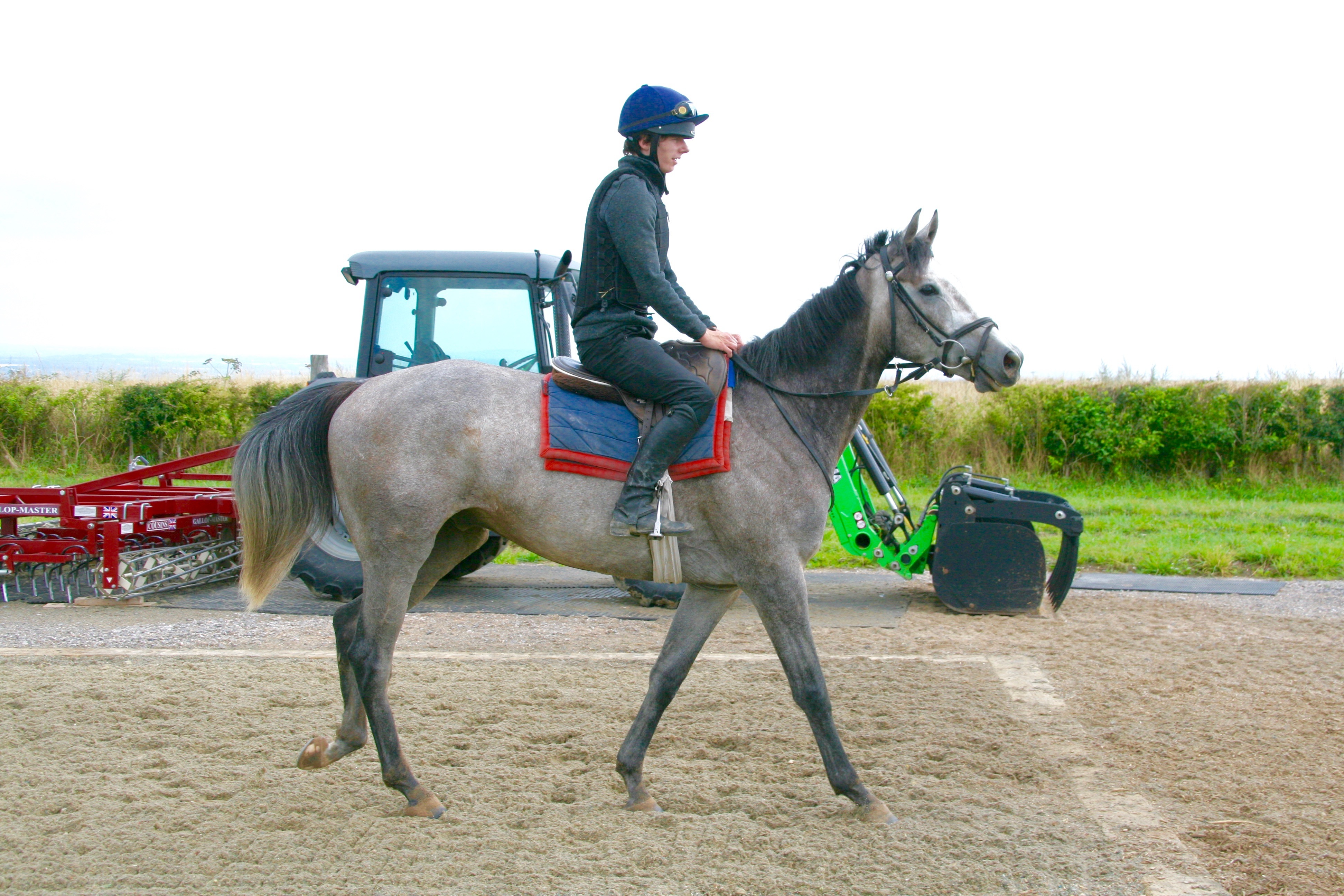 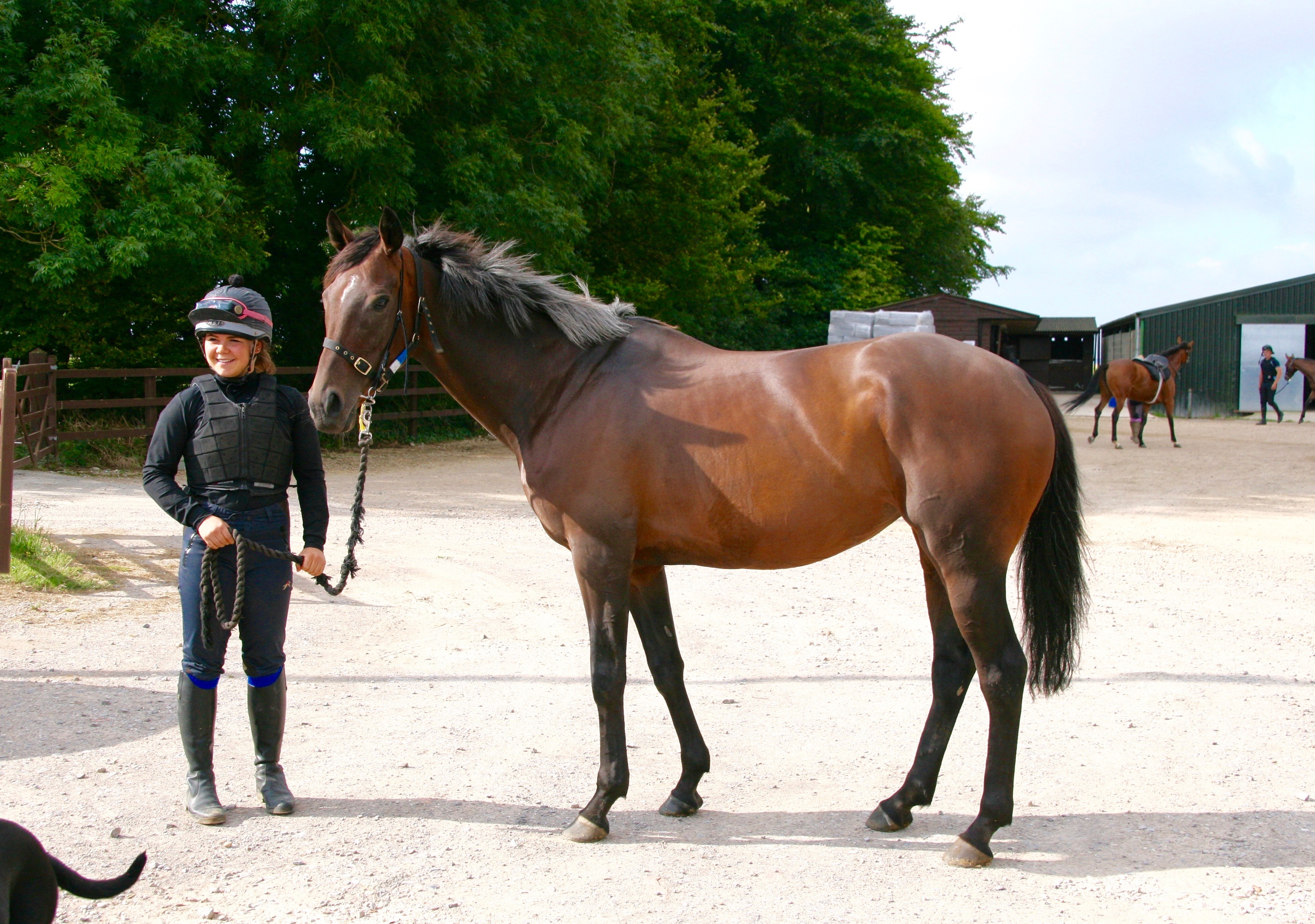 REPORTS  ARIA ROSE Aria Rose finished a close 2nd at Windsor last Monday in the Visit marathonbet.co.uk Handicap over 1m 3f on his first outing for the yard.  He is a lightly raced 4 year old who is still unexposed on the flat, so we decided to run him round this track in this race which looked a good opportunity on paper.  He feels like a galloper at home and so clearly prefers to be ridden in a positive manner.   There was plenty of pace early on in the race so we were able to slot in just behind the leaders.  This meant that there was going to be a true gallop and as we took it up when the leaders fell away 4f out the race was in his mercy.  However he kept galloping all the way up the home straight on his own and frustratingly he was just collared on the line to finish runner up beaten ¾ of a length.  It was a good start and he is obviously very competitive off his mark. He has gone up 3lb for this run and now has 3 entries next week where we aim to pick the weakest race to try and win. 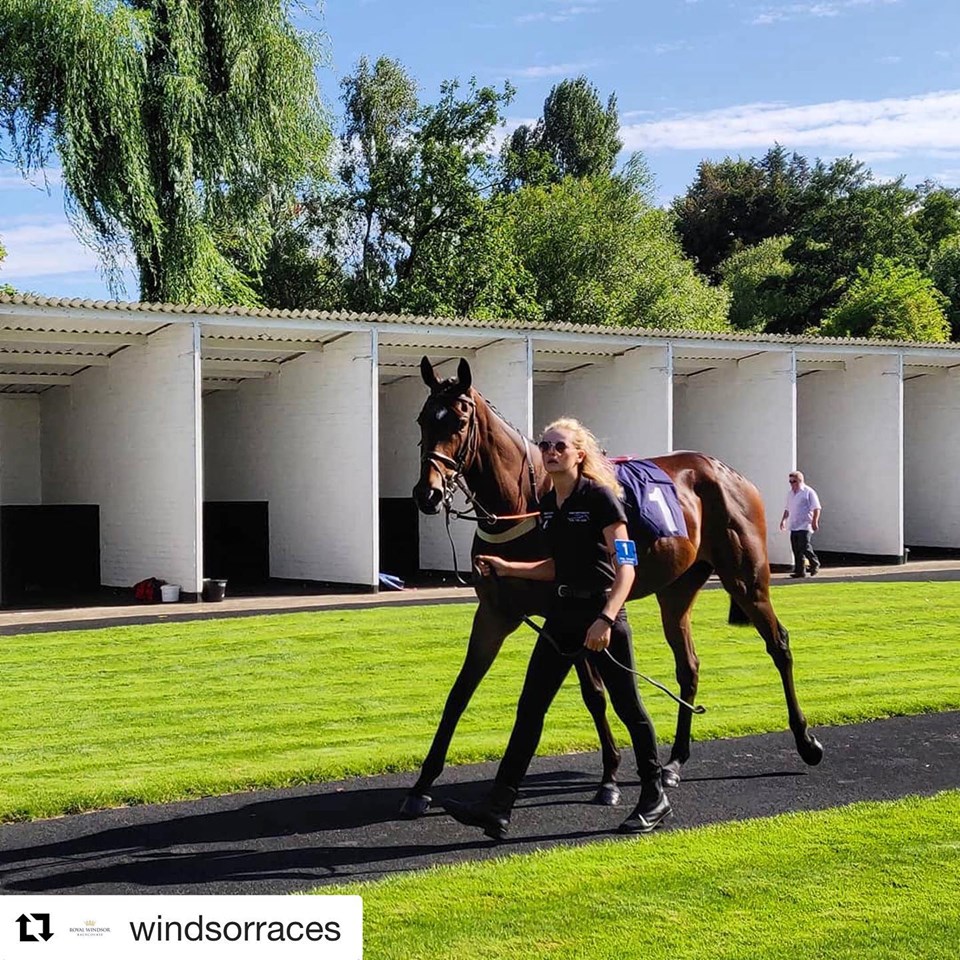 HENRIETTA BELL Henrietta Bell won the Allens Caravans Estates Mares’ Handicap Hurdle over 2m 7f at Worcester last Tuesday.  She has been a little star for us this summer so it was brilliant to see her go and win again.  She was coming into this race off the back of a win under a penalty and it was her second start in a handicap but this time over the extended trip of 3m, so it was going to be a learning curve to see if she would stay.  There was only 4 runners declared and it looked a completive contest for the grade.  There was plenty of pace on so we decided to ride her to get the trip.  They went a good gallop all the way and as they turned round the final bend the pace quickened and she looked to have lost a few lengths.  However Gavin cut the corner, made those lengths back up and got back onto the tails of the leaders 2f out.  From there on in it was a battle between her and the runner up.  Once again she eyeballed the final rival, showed huge guts and went on to win by ½ a length.  She will now have a break for a month due to limited options.  She will be campaigned in the autumn as well as the spring this season. 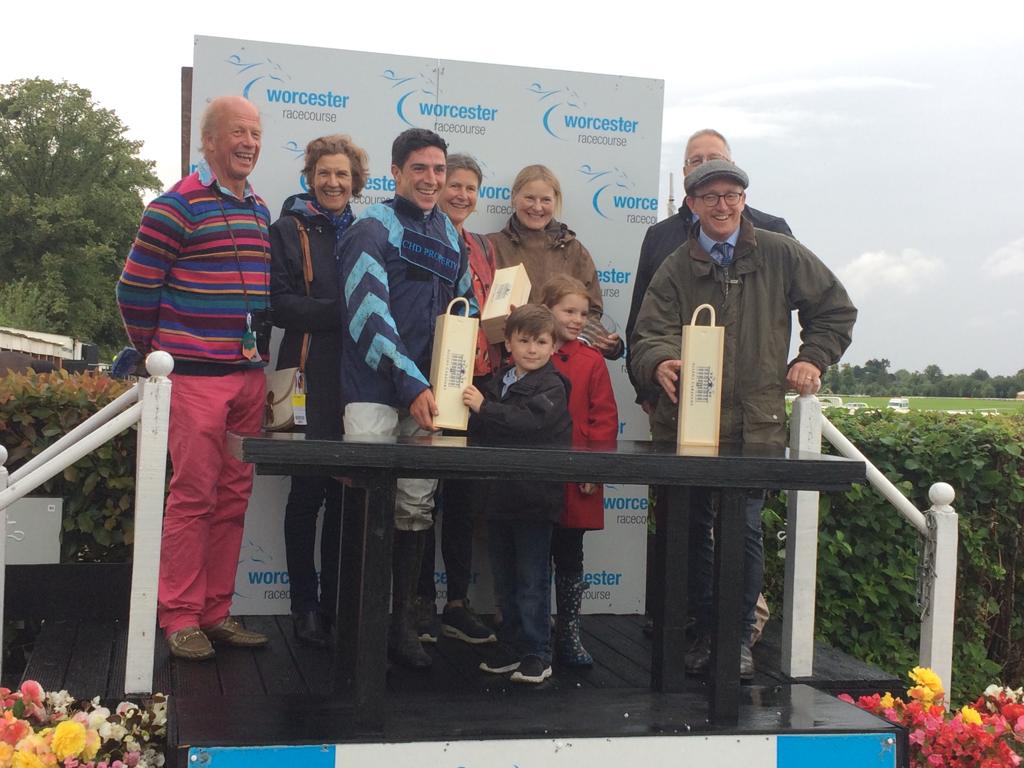 CARDY Cardy also won on the same card at Worcester in the Pershore Tyres and Kumho Tyres Mares’ Maiden Hurdle over 2m, bringing in a double on the night for team HWR.  It’s fair to say that her last 2 runs over hurdles were extremely disappointing, both of which turned out to be down to a combination of factors.  Therefore finding a weak mare’s maiden with cut in the ground around a galloping track like Worcester brought about a huge amount of improvement.  They went a good gallop the whole way and as they turned into the home straight the pace started to collapse.  She was picking off horses one by one and in-between the second last, all the time gaining on the leaders.  From the back of the last, with Gavin having lost his stirrup she still found a good turn of foot and went on to win comfortably by 2 lengths.  Gavin then struggled to pull her up as she was so full of running!  The handicapper has given her a mark of 105 which gets her into this mares handicap hurdle next Wednesday back at Worcester over the extended 3m.  We think she will improve for a trip anyway so we are looking forward to running her. 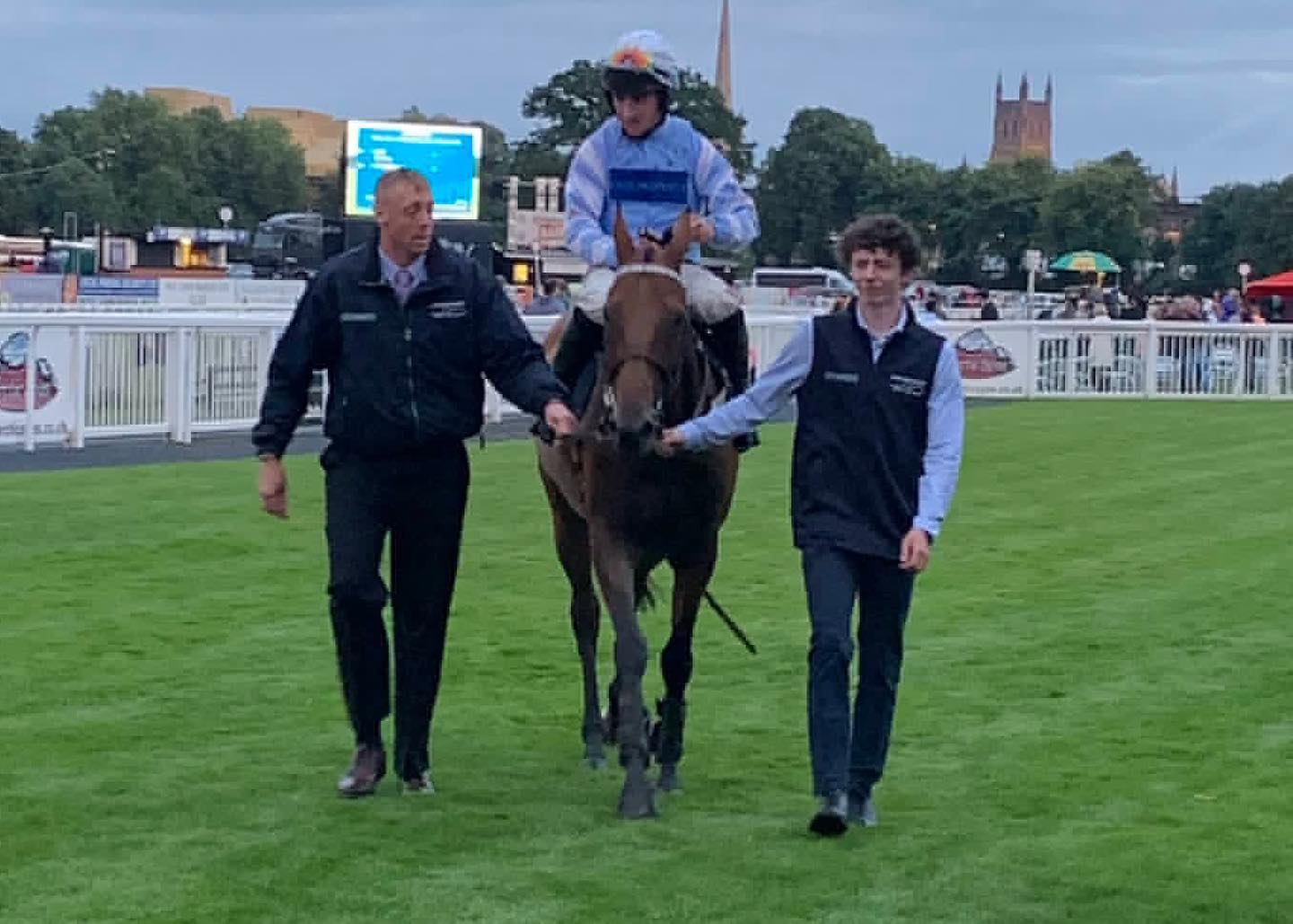 SALTO CHISCO Salto Chisco completed the week in style with a win at Bangor on Friday in the Sg Estates Handicap Chase over 2m 1f.  It was the first time we found the perfect opportunity for him for a long time as the handicapper has been making life very difficult for him.  The old warrior was in fantastic shape at home and so we were very hopeful of a big run.  There was plenty of pace on and so he was able to slot into his usual spot dropped in.  About halfway round he looked to be losing a bit of interest and so Page Fuller gave him a squeeze to pick up past a couple.  He then swung on the bridle and at 4 out he jumped his way to the front.  Coming to the last he looked to have the race in the bag but made a bad mistake.  From the back of the last it was a duel between Salto and his only danger Malangen ridden by Tom Scudamore, where both jockeys had dropped their whips.  This made for a great finish as both horses galloped through the line nose to nose.  It was such a relief when it was called a dead-heat as it was the only fair result.  It was fantastic to get a win on the board for the old boy and his hugely enthusiastic owners.  We have a few options for him later in the month so we will freshen him up and go again. 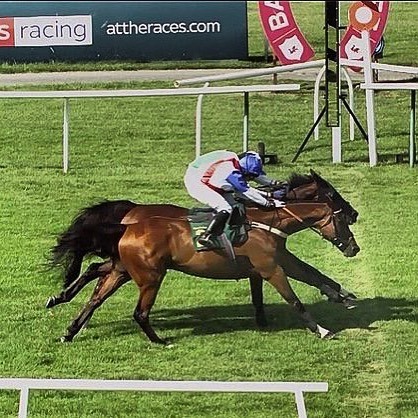 ENTRIES PARKIN Parkin missed his previous entry at Uttoxeter due to the fixture being abandoned, so he now has an entry at Newton Abbot on Wednesday in the 2.10pm Visit attheraces.com Novices' Hurdle over 2m 2f.  He is a tough little horse who has already run in a couple of bumpers.  He will need the experience of a couple of runs over hurdles to get the hang of it and will be more for handicaps in the future. 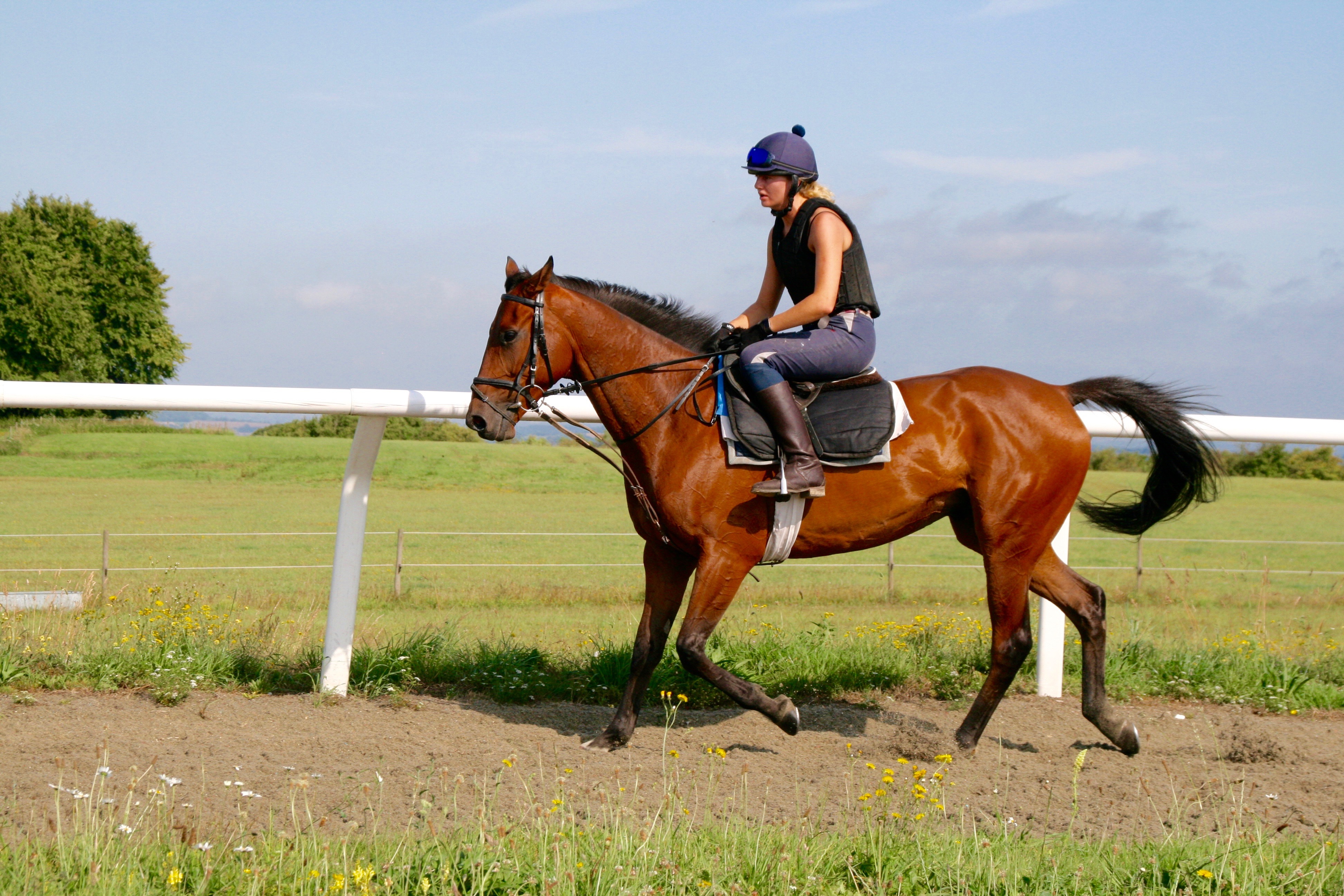 IN OTHER NEWS... HWR STAFF PROFILES NATASHA TAYLOR  Tash joined HWR full time at the beginning of July this year after completing her degree scoring a 1st in Equine Science and Thoroughbred Management at Oxford Brooks.  She has now taken on the role of Assistant Head Girl alongside Fredrika Sommarlund. Her main duties are to assist Harry, Gemma and Joe and the other senior members of the team in all areas of yard management. Originally from Manchester, having moved to this area for University she fell in love with the racing world whilst working with us for the past 3 years on a part-time basis, initially as part of a placement during her degree.   Tash has plenty of experience with all types of horses having worked for Sheikh Mohammed in Surrey with his competition horses and teaching his children how to ride. The love of her life is Bigmartre (aka BigM), whom she has looked after for last 3 years and takes him racing nearly every time he runs. She quotes; "He is the yard legend, has a heart of gold and is as genuine as they come." Away from the yard she enjoys keeping fit at the gym and is a proud vegan!  She also gained the Thoroughbred Breeders Association award whist at University. 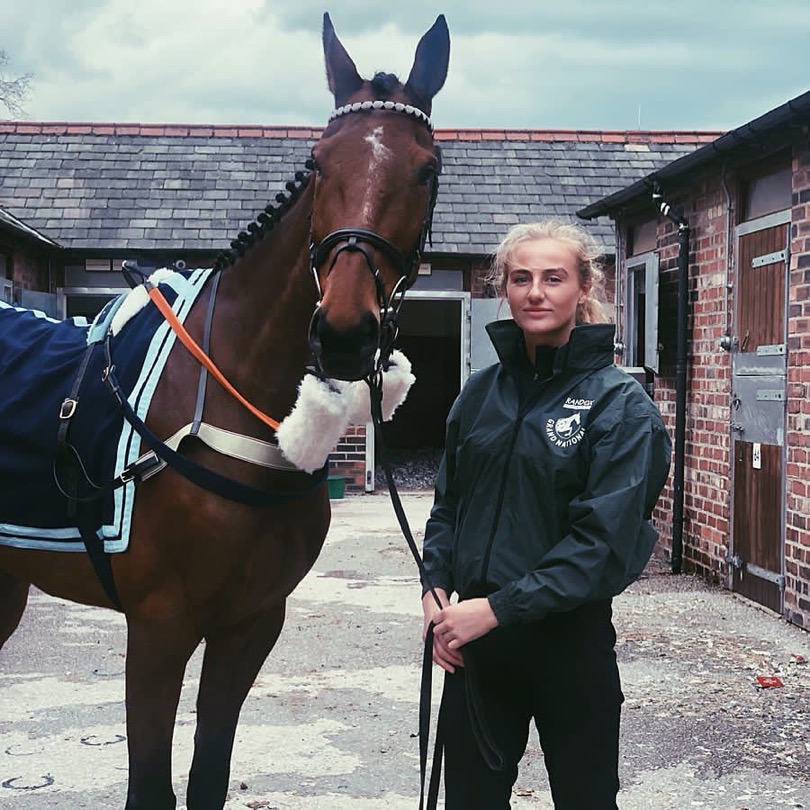