THIS WEEK It has been a blustery old time up at Hill Barn this week. With the temperature creeping down and a bit more rain it is a constant reminder that the main part of the season is kicking off. There was a good schooling session on Wednesday for plenty and some of the horses had their first bit of work on the grass over at the Jockey Club gallops in Lambourn yesterday. We have had six runners this week and whilst no winner they have run with plenty of credit. There are lots of entries in the next 7 days, with us planning to run up and down the country in search of more winners so watch this space! 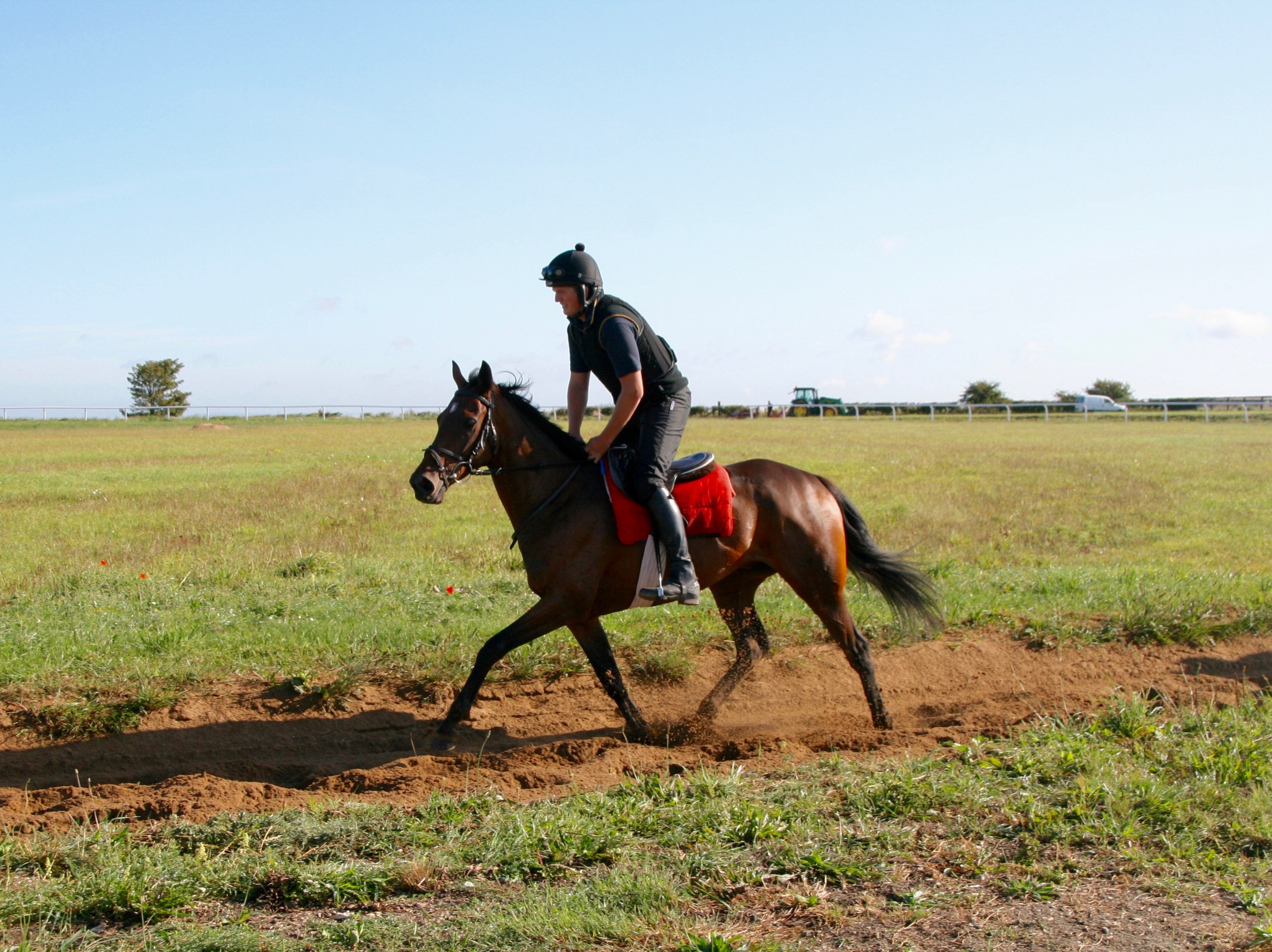 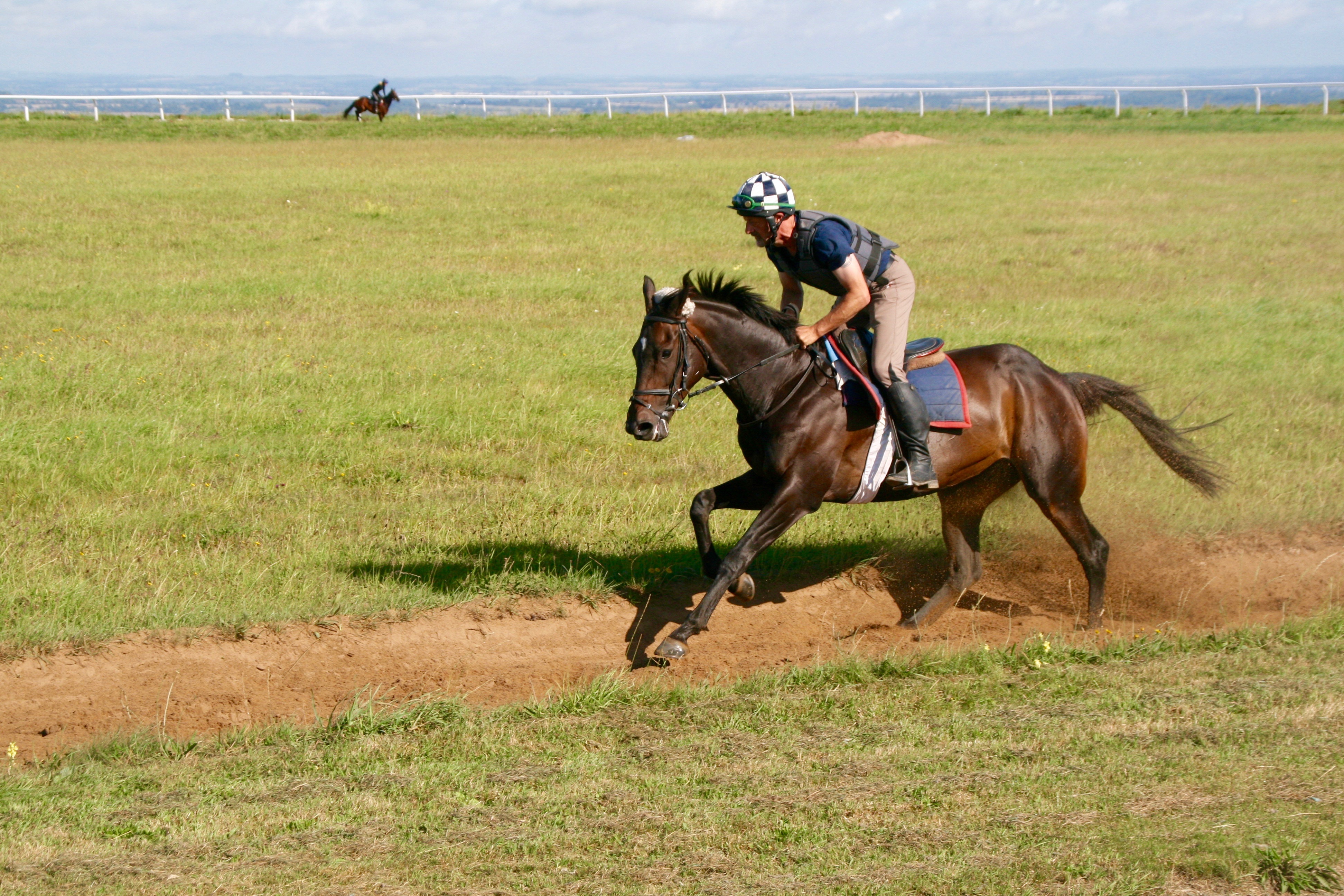 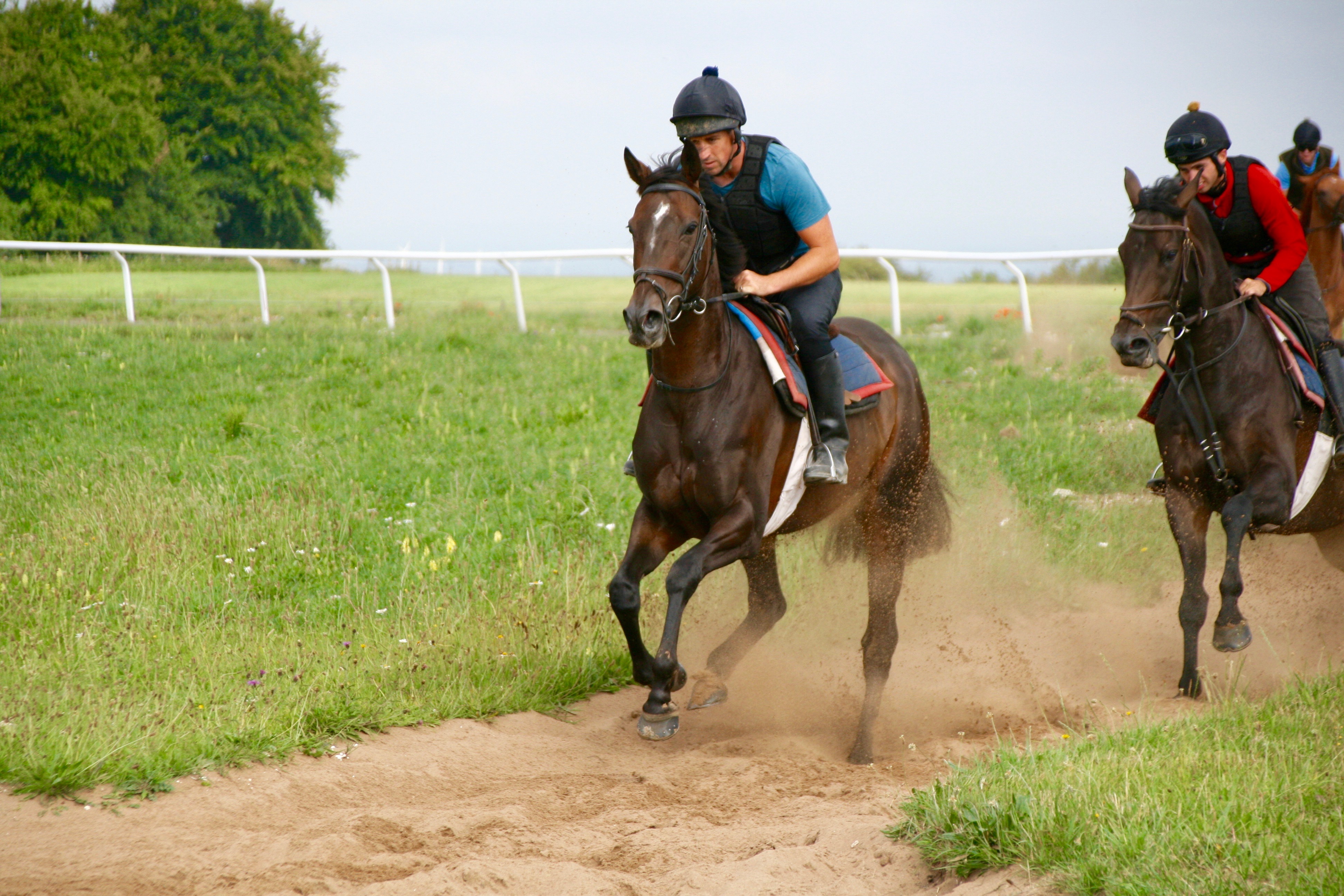 REPORTS SALTO CHISCO Salto Chisco finished 2nd at Fontwell on Saturday in the Sky Sports Racing Sky 415 Handicap Chase (Class 3) 2m2f. He was stepping up in class again against some useful rivals. We felt that the figure of eight configuration would keep the old boy interested. They went a good gallop the whole way and he was dropped out as usual. We knew that if we were able to keep tabs on the leaders then fitness would play its part at the end of the race. As they turned into jump the last 3 he looked to have every chance, but just managed to run into one that was well handicapped. It was a huge run to finish 2nd and we will now decide whether to run again or turn him away for his winter break. 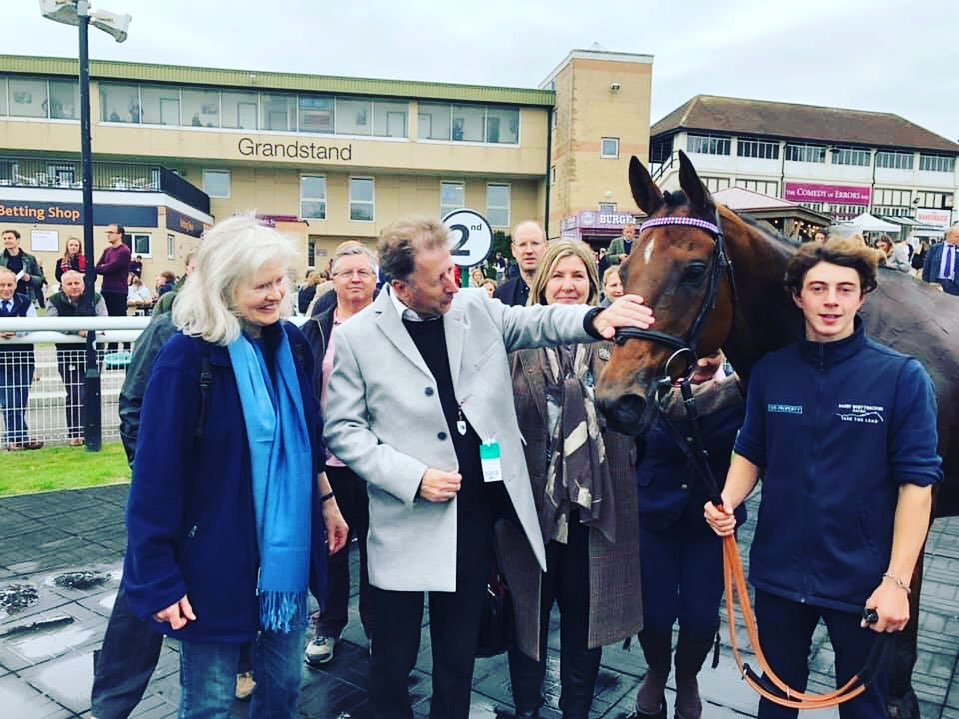 SHANTOU VOW Shantou Vow also headed to Fontwell on Saturday to run in the Goodwin Racing Phone Betting 08000 421321 Standard Open National Hunt Flat Race (Class 5) 2m1½f. He was making his second start in a bumper. He was very green on debut so we felt he needed another bumper run to bring him on mentally. It was a competitive race and again Shantou Vow was very green on the way round. As they turned into the straight he was very one paced when others quickened up and he stayed on to finish 4th. He is very much a staying jumping type for the future and will now look to start his hurdling career. 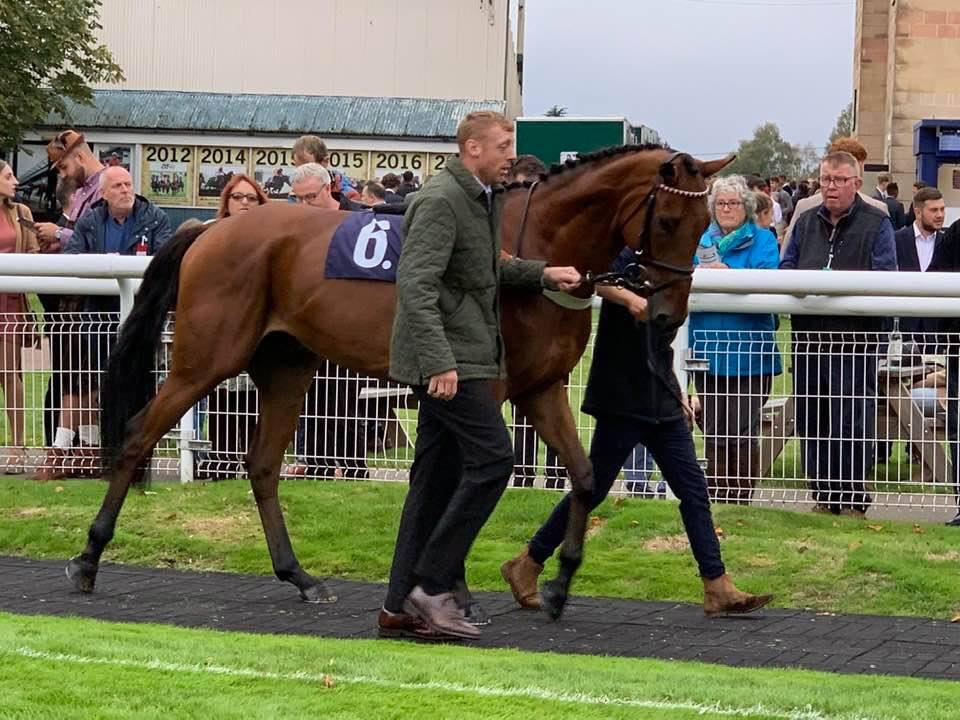 REBEL LEADER Rebel Leader finished 2nd at Uttoxeter on Sunday in the Dave Johnson On Signal 2 Breakfast Maiden Hurdle (Class 4) 2m. He was having his second start over hurdles after finishing a good 3rd on debut. He was in good form at home and we were looking forward to running him. It looked a good opportunity on paper and Gavin decided to make the running due to the fact that we stay further. He jumped extremely well throughout but was on the whole in top gear. Tuning into the home straight he still had every chance and every time he was headed he showed a great attitude to keep coming back. He ran a really solid race to finish 2nd beaten 1 and a half lengths. Now he has been placed twice he will get a handicap mark. Once we have received the mark we will then make a plan, which will most likely be over 2m4f. PARKIN Parkin ran at Uttoxeter on Sunday in the Dave Johnson On Signal 2 Breakfast Maiden Hurdle (Class 4) 2m. He was having his third run over hurdles back around a galloping track. He settled much better this time and jumped well throughout. As they turned into the straight he was making up ground and all he did was stay on to finish a solid 6th. He will now get a handicap mark which means that we will be able to step him up in trip in a handicap hurdle. NEVERBEEN TO PARIS Neverbeen To Paris finished 2nd at Statford in the Typrecraft All Things Print Handicap Hurdle (Class 3) 2m6f. He was making his yard debut over hurdles in a completive affair. He has shown nothing but a great attitude at home and we were looking forward to running him. We jumped off mid-div to give ourselves every chance around such a sharp track. He jumped and settled extremely well and we were tracking the eventual winner all the way. It is a shame that Stratford has such a sort run-in as all we were doing was staying on to finish an excellent 2nd. He will now be aimed at a race around a more galloping track and potentially up to 3m. HENRIETTA BELL Henrietta Bell headed to Ludlow to run in the Kelso Races Annual Members Trip 2019 Mares' Handicap Hurdle (Class 3) (Challenger Mares' Hurdle Series Qualifier)  2m 5f. She was having her first run back after a break in a very competitive race. Due to the fact that we were top weight we decided to make the running. As they turned round the home straight she was passed as she was flat out around a track that was too sharp for her. She had a good blow and Gavin looked after her when she was beat. She will be freshened up now and we will see what the handicapper does before making a decision on her next run. ENTRIES  LANTIERN Lantiern has come out of his win from last week in great form and is declared tomorrow at Hexham in the 3.40pm Campbell & Rowley Sporting Event Specialists Novices' Hurdle 2m 48y under a penalty. It isn’t the strongest of races and if he can show as much class as he did last week hopefully he has a great chance of backing up. COURT LIABILITY  Court is entered for his chase debut in the 3.05pm Sri Lanka The Wonder of Asia Chase (A Novices' Limited Handicap) (Class 3) 3m 1f 44y at Hereford on Tuesday. He is in great form at home and has been schooling well over fences. He finished 2nd on his debut in an Irish point to point so has the experience of running in a chase. Hopefully this will get him back on track after a couple of disappointing runs at the end of last season. 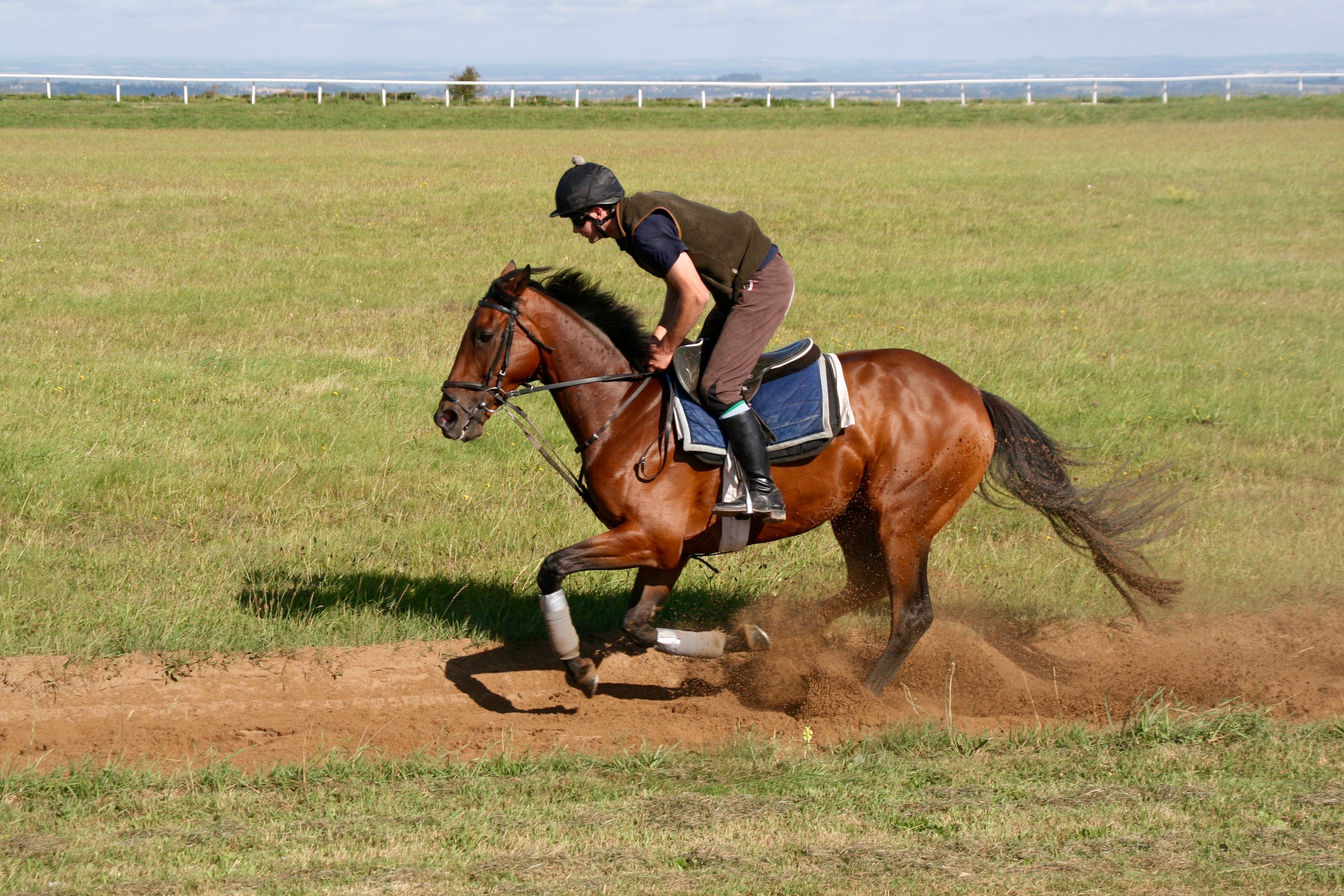 ARIA ROSE Aria makes his second start at Huntingdon on Tuesday in the 2.10pm Mansionbet Novices' Hurdle (Class 4) 1m 7f 171y after running a nice race on debut at Warwick. He jumped extremely well and stayed on nicely so hopefully he will do the same again. He has been in excellent form at home so we are looking forward to running him. CHARLEMAR Charlemar holds an entry at Huntingdon on Tuesday in the 3.15pm Paul Ferguson's Jumpers To Follow Novices' Handicap Chase (Class 4) 2m 3f 189y and will only run if they get enough rain. He is coming back from a long time off the track so we are looking forward to an eagerly awaited return. His schooling has been excellent for a novice over fences, but this is not surprising as we always felt he would make a better chaser. 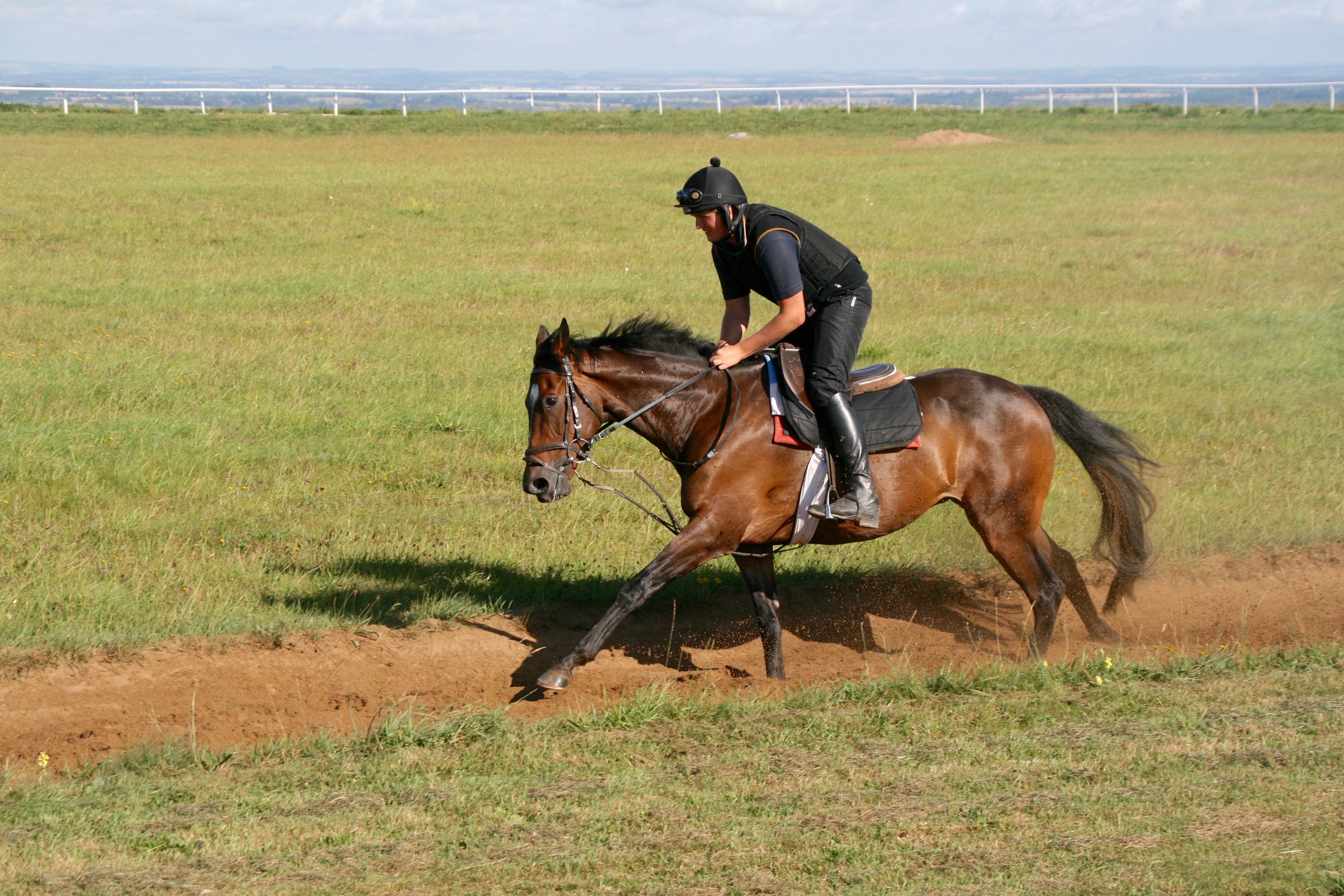 KHAGE Khage has a couple of entries next week, firstly at Wetherby on Wednesday in the 2.55pm In-Site Property Solutions Novices' Chase (Class 4) 2m 3f 85y. His second entry is at Carlisle on Thursday 12.15pm Racing Tv Chase (A Novices' Limited Handicap) (Class 3) 1m 7f 207y. It will depend on going as well as opposition as to where he runs. He is in great form at home and we are hugely excited about his chase debut. He started to settle in his races towards the end of last season which will hopefully bode well to improving as a chaser. 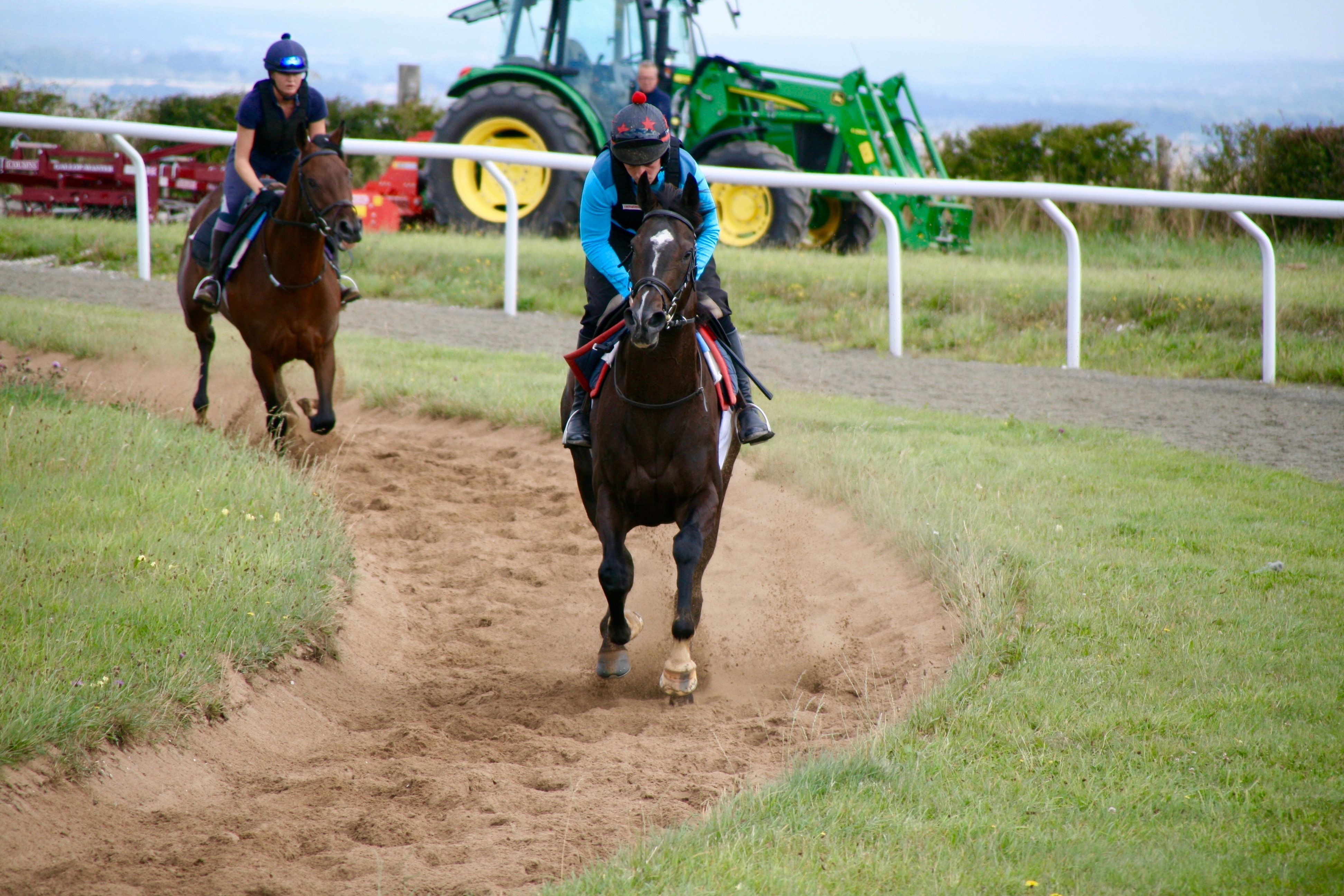 STICK WITH BILL Stick With Bill has a novice hurdle entry on Wednesday at Wetherby in the 3.30pm Every Race Live On Racing Tv Novices' Hurdle (Class 4) 2m 3f 154y. He will only run if the ground is soft enough. Last season he ran a huge race to just get beat under a penalty by a top bumper type, so we are hugely excited about his season ahead. 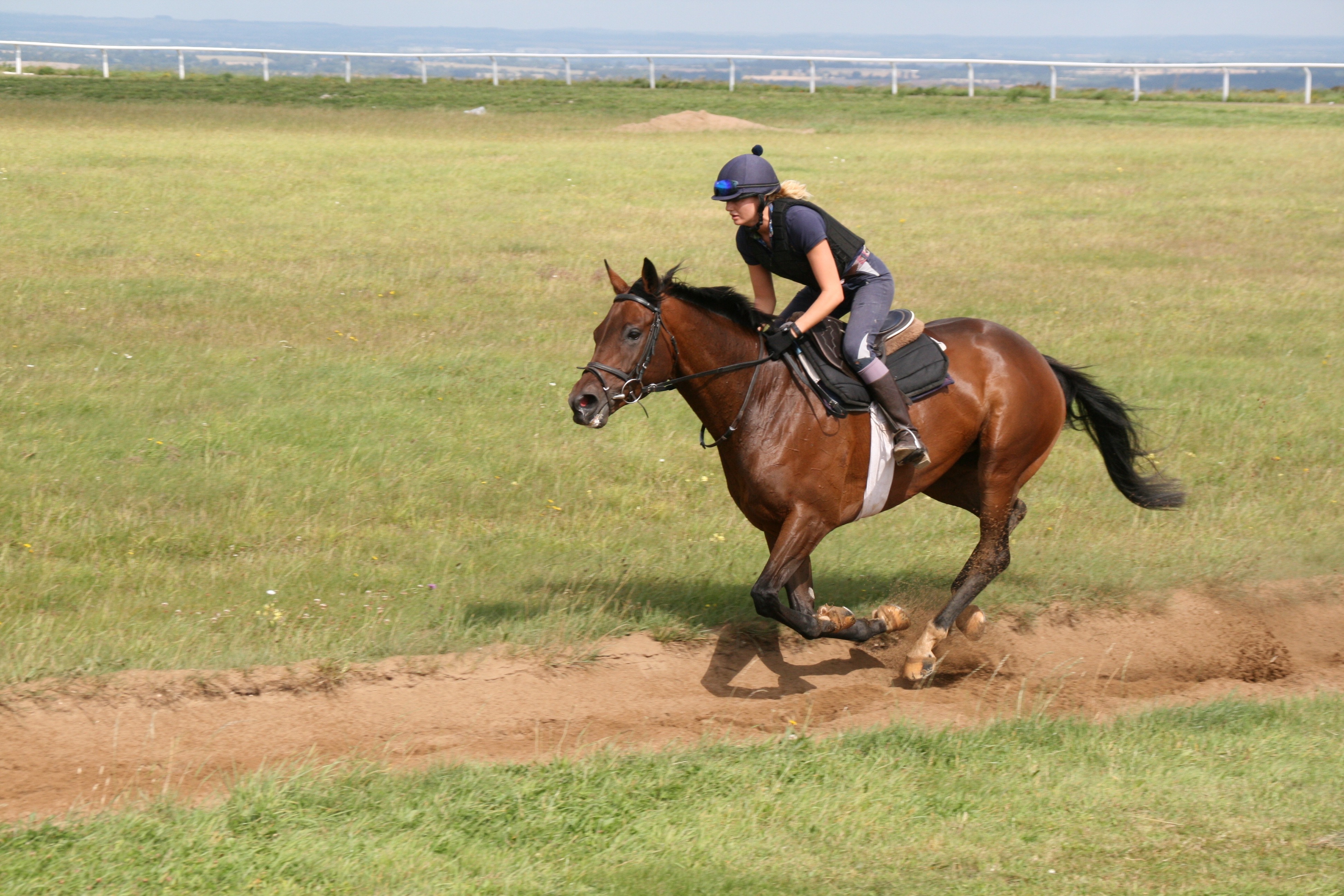 YOUNG BULL Young Bull also has an entry on Wednesday at Wetherby in the Every Race Live On Racing Tv Novices' Hurdle (Class 4) 2m 3f 154y. Again he will only run if the ground is soft enough. He is a big frame of a horse that will relish a cut in the ground and is also a very exciting horse for staying novice hurdles. KLEOS Kleos has the bumper entry on Thursday at Carlisle in the British Stallion Studs EBF Mares' Standard Open National Hunt Flat Race (Class 5) (EBF Mares' Nhf Series Qualifier) (Nhmops Bonus Race) 2m 1f 33y. She didn’t run at Ludlow this week as the ground was too quick. She is a big Mare that has taken a long time to come to hand, but we are looking forward to getting her on a racetrack. IN OTHER NEWS... HWR STAFF PROFILES

JOHNNY DAMION-LYNCH - SECOND TRAVELLING HEAD LAD
Johnny joined Harry Whittington Racing at the start of this year taking on the role of second travelling head lad. Johnny’s main duties are to take horses to the races when Stuart (travelling head lad) is away or at another meeting. He is responsible for the horse’s well-being and care whilst at the races. When back at the yard Johnny works alongside the other senior members of staff in helping to keep the day to day running of the yard organised. Originally from Newcastle, Johnny started his working life as an actor in the theatre touring the north-east. One of his favourite roles as an actor was playing Chris Craig. He also broadcasted on BBC radio Nottingham on the Saturday breakfast show. He then went on and started his career in racing at Will Ramsey’s point to point yard in the Scottish boarders. After years of trying and with Johnny’s help Will finally managed his dream of riding in the Fox Hunters at Cheltenham. After this he joined Lucinda Russell’s as head lad where he enjoyed plenty of success and experience at the top level.     Since being with us here at HWR Johnny has built a very close connection with Sirobbie. They both arrived at Hill Barn at the same time. Johnny rides him most days and takes him to the races whenever he runs. Johnny quotes ‘it has been a pleasure watching this young horse improve and thrive over the months since he has been here. Not only is he a winner he has made the team and myself feel like winners watching him. I believe there is still improvement in him and I am really looking forward to seeing him back out on the track.’ Like us all Johnny also has a soft spot for The Bull (Salto Chisco) and rides him most days also. He points out that their combined human age is 92!
Away from the yard Johnny love’s nothing more than a Saturday afternoon ride on his horse followed by the ITV racing. His also enjoys country walks with his faithful dog Tom and reading a good book. Before he is 60 he would love to ride in a point to point. Johnny’s tip for a happy life – always be present in the moment. 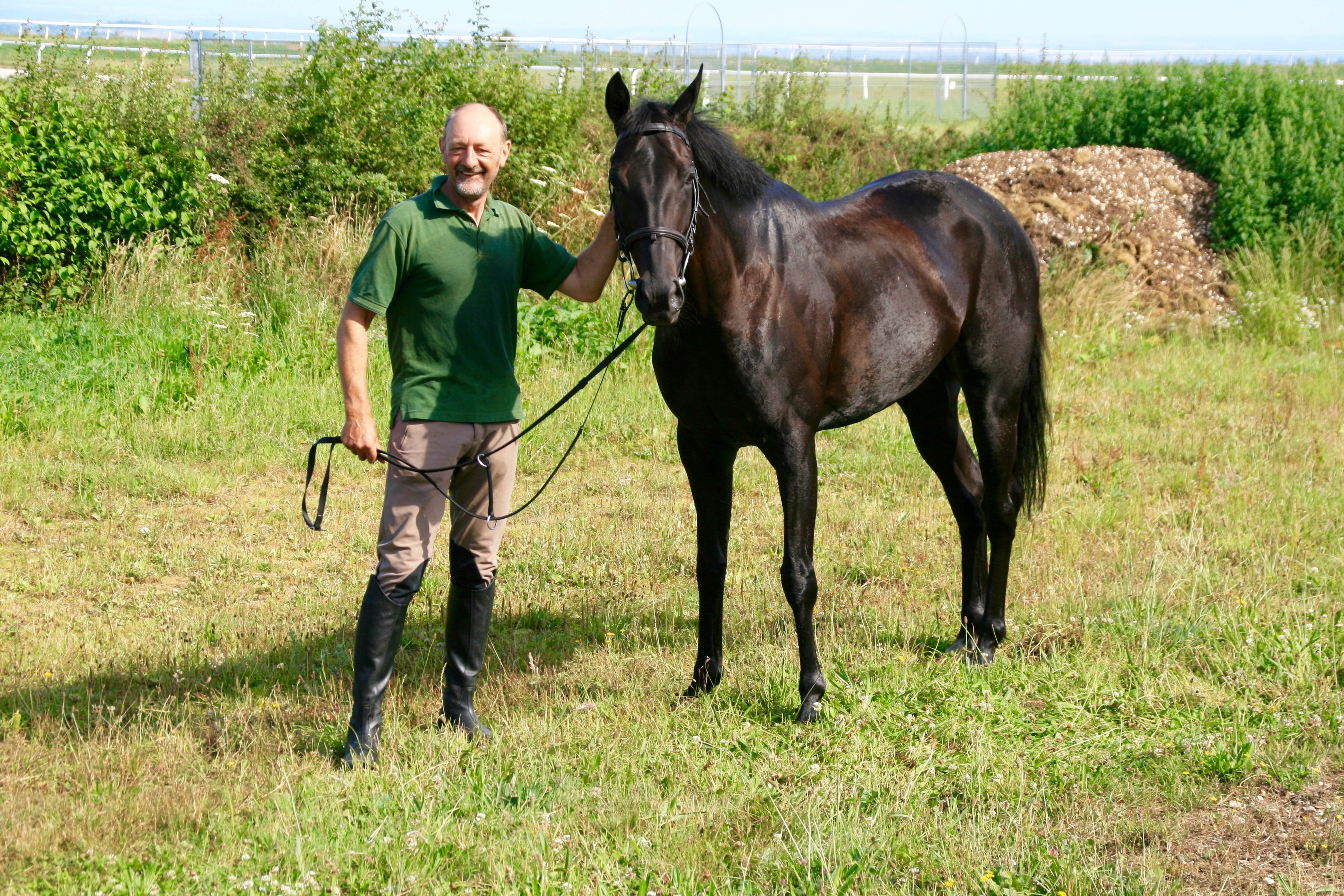