THIS WEEK After a challenging week last week we managed to end on a high with Simply the Betts coming back from the long trip up to Hexham with a well earned victory.  Onwards into the new week we have just the one other runner to report but plenty more in store.  The weather isn’t making things easy with getting our horses out, but we do have a few entered over the coming days.

REPORTS SIMPLY THE BETTS Simply The Betts made it 2 from 2 for the season with a gutsy win at Hexham on Saturday. It promised to be a tactical affair and it proved just that.  There was a lack of pace on and this meant he had to be ridden handier than he would be normally.  Again there was plenty of rain which turned the ground soft, which isn’t his ideal.  He travelled and jumped well throughout the contest and jumping the second last it became a match between him and the Sue Smith trained, Informateur.  Simply The Betts was always going better than his rival, but he got close to the last hurdle which gave us a little fright, but he hung on by 1/2 a length to win.  He will now go handicapping off a mark of 130, better ground and a end to end gallop should bring about further improvement.  There’s an exciting season ahead for him. 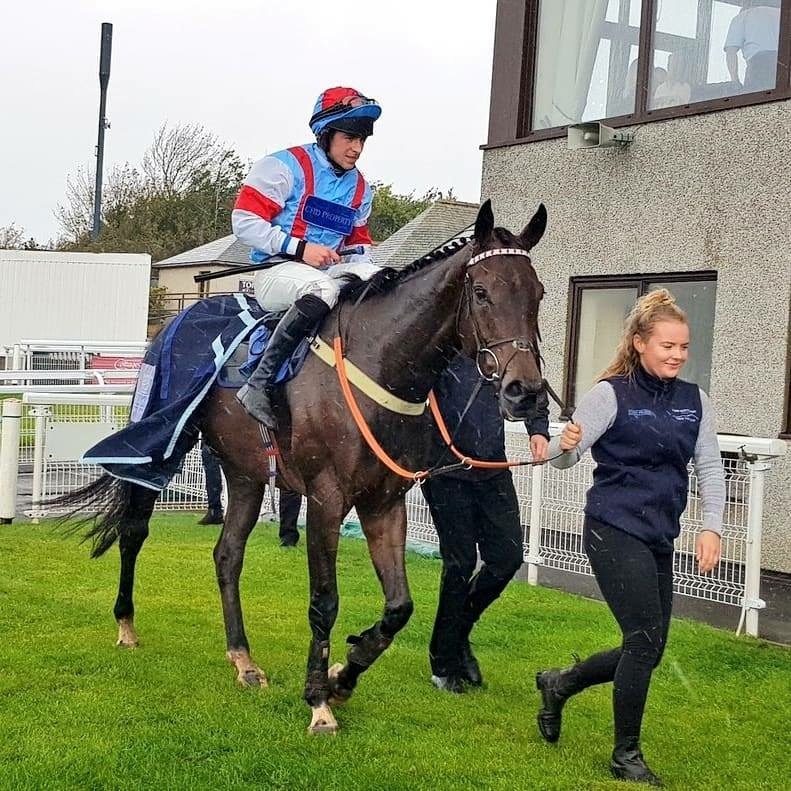 ROUGE VIF Rouge Vif finished 5th on his first hurdle start at Newton Abbot last Friday.  He set out to make all the running under a positive ride from Gavin Sheehan and jumped very well in the main.  The pair set a solid gallop throughout the contest and turning down the side of the course the front 5 came away from the rest of the field.  Rouge was headed turning in and he flattened out in the closing stages to finish 5th.  There was significant rain and this softened the ground which found him out on the day.  He will be sharper next time. 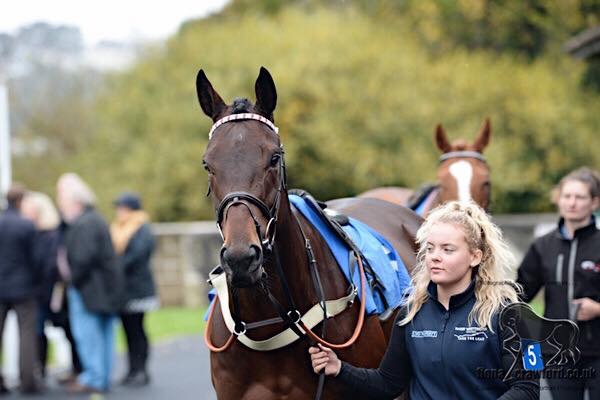 BRANDY JAMES Brandy James ran another good race to finish 2nd at Uttoxeter yesterday.  We rode him more conservatively on this occasion and he jumped and travelled well in the main.  They went a good gallop throughout and when the pace lifted on the far side, he was tapped for a bit of toe.  He was shuffled back turning into the straight, but stuck to his task well to stay on for a good second.  This was his best run to date and we are happy with his progression.  He will appreciate further in time. ENTRIES YOUNG BULL Young Bull is set to have his first start for the yard in a bumper at Ffos Las tomorrow.  He’s a 4yo Dubai Destination gelding who is a half brother to the smart chaser Shanroe Santos and is very much a chasing type for the future.  His point to point form reads well and we are looking forward to getting him started and learning some more about him.  This flat, galloping track is a nice place to get him started. SALTO CHISCO Salto Chisco ran a blinder to finish 3rd in the “Legends” race at Chepstow on Saturday under a good ride from Sean Curran.  He holds a chase entry at Stratford tomorrow but is likely to swerve that in favour of a hurdles run later in the month.  He’s been ultra consistent this season placing on all his starts, but is yet to get his head in front.  Although he’s proved to be a better chaser, he does look slightly better treated over hurdles at the moment and that’s why we are going to look down that route. He remains in cracking form at home. HURRICANE LIL Hurricane Lil holds an entry at Wolverhampton tomorrow but is more likely to have her second start for the yard at Kempton on Tuesday.  She shaped nicely after being slow away over 10f on her return from a long break at Chelmsford last week and should be suited by the drop back in trip to a mile.  The track should suit and we are expecting an improved performance from her.  The handicapper has dropped her to a mark of 53. JOHNNY ROCCO Johnny Rocco missed his intended engagement at Newton Abbot on Friday because of the change in ground and holds entries at Sedgefield on Sunday and Southwell on Thursday.  As mentioned last week, he was very 'babyish' on debut, but has developed mentally and physically since his Fontwell run in May and we are looking forward to seeing an improved performance next time out.  The form of that race has worked out well, with the winner going on again twice over hurdles since.  Southwell on Thursday is looking the more likely engagement at this stage. BOYCHICK Boychick is set to have his next hurdles start at Plumpton on Monday.  He has been very consistent on all his hurdles starts but is yet to win.  This is a new track for him and his first start in a Novices Handicap.  Hopefully he can run well again. 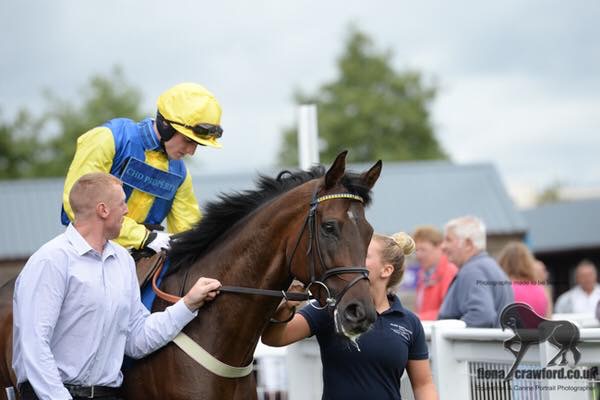 PERFECT MYTH Perfect Myth is set to have her next flat start at Pontefract on Monday.  She’s run reasonable races at Leicester and Chelmsford and with turf options being thin on the ground this is the only place she can go for her next run.  She’s come out of her last race in good form and she should be eligible for handicaps after this.  She also has the option of jumping hurdles in the not too distant future. HENRIETTA BELL Henrietta Bell missed her intended Ludlow run due to fast ground and holds her next entry at Fontwell on Wednesday.  She’s a powerful Shantou mare with solid point to point form and a good pedigree and we are looking forward to seeing what she can do in a bumper for us before going hurdling.  She is in cracking form at home and if she misses this race, she has an option at Aintree later in the month. THE GO TOU MAN The Go Tou Man is set to have his second start of the the season in the coming days and his first entry is at Southwell on Thursday.  He was shaping nicely on his seasonal reappearance at Newton Abbot earlier in the month before a bad mistake in front of the stands halted his progress.  He dropped out tamely, but came back with quite a nasty bang which explains the below par performance.  He’s been dropped 4lbs to a mark of 111, he’s in good form at home and we are looking forward to an improved run from him.  There’s plenty more to come from this unexposed gelding this season. VINNIE LEWIS Vinnie Lewis is set to have his second start of the season at Southwell on Thursday.  He ran a solid race at the track earlier in the month and is much straighter for his reappearance.  He took a couple of races to hit his peak form last season and another 3m novice hurdle looks a suitable next step for him.  He’s in cracking form at home and we will make more use of him this time.  He is versatile when it comes to ground, but does show his best form on a sound surface. HATTIE HOPKINSON Hattie Hopkinson holds her first entry for the Harry Whittington Racing Club at Ludlow on Thursday.  She’s a scopey, athletic Jeremy half sister to Welsh National winner Monbeg Dude and we are looking forward to getting her started over hurdles.  She jumps very well and 2 and a half miles is a nice starting point for her, but she will get further in time and also appreciate a fence.  She’s improved physically since we bought her in May and we are looking forward to an exciting season with her.